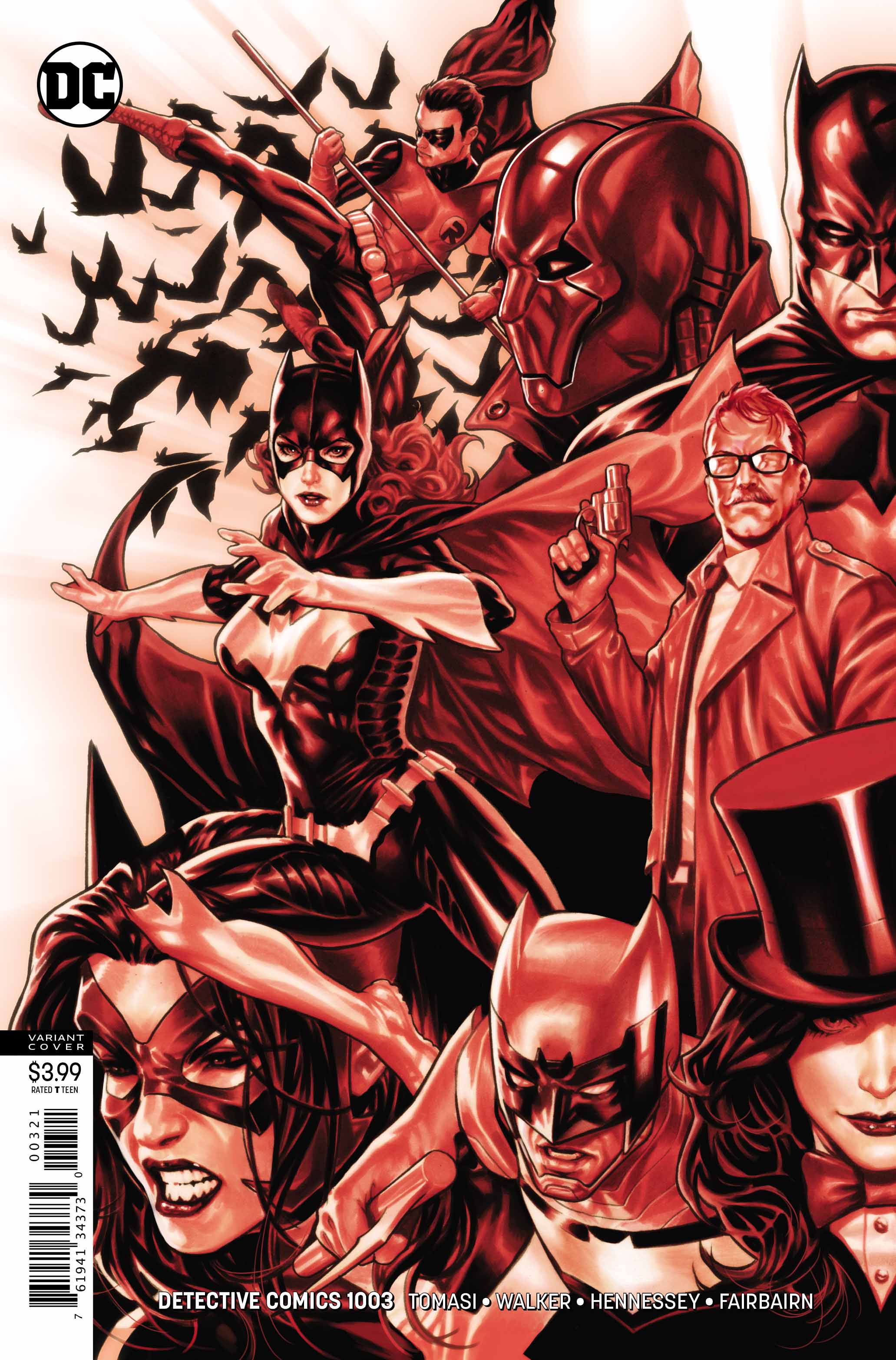 If you want any more info, buy the comic.

True to his word Peter J. Tomasi has created an all new Arkham Knight, but – as we’d expect from a writer of his calibre – he has done so creatively and intelligently. This Knight has a true claim to the name, and everything that entails. 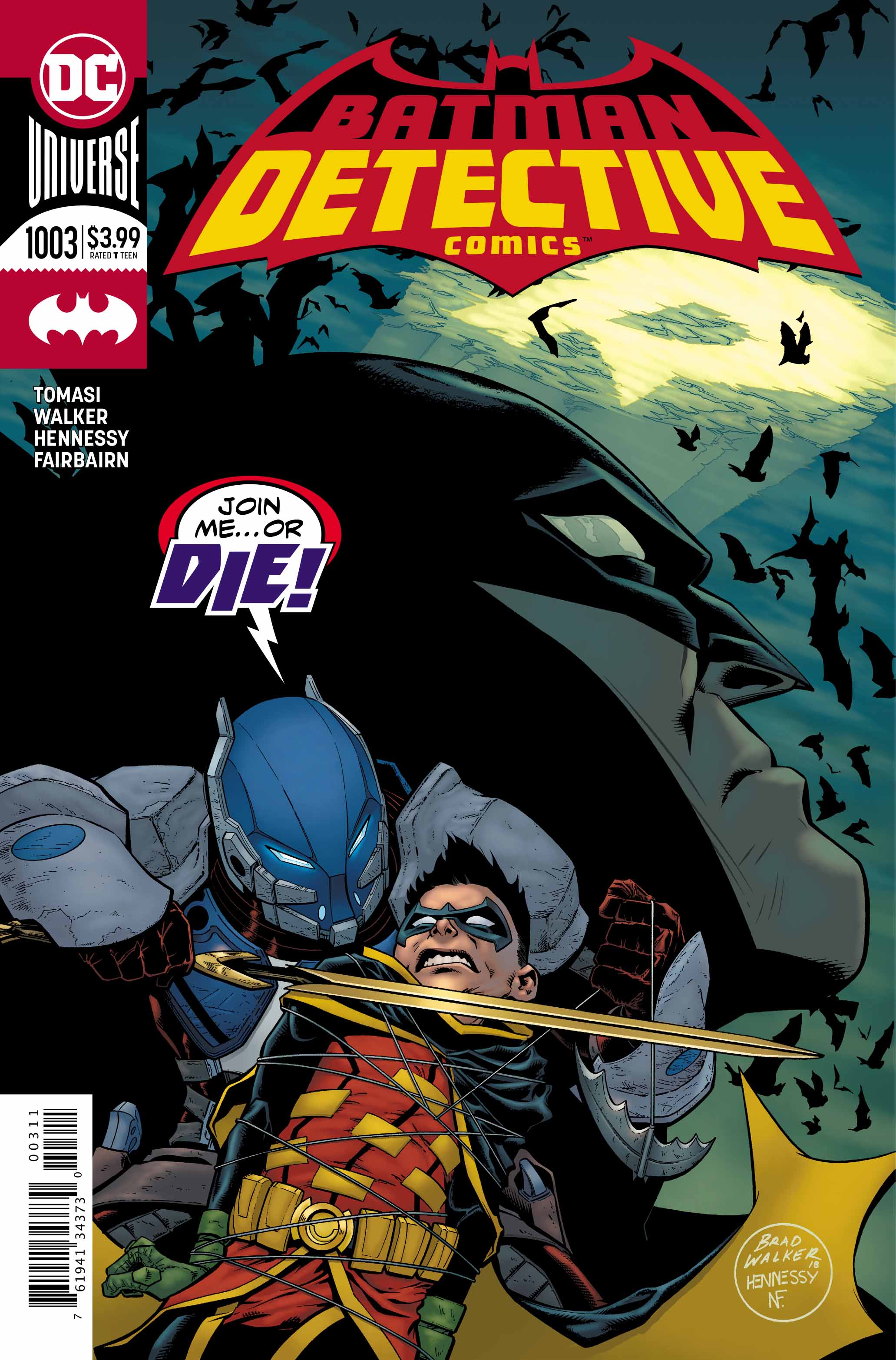 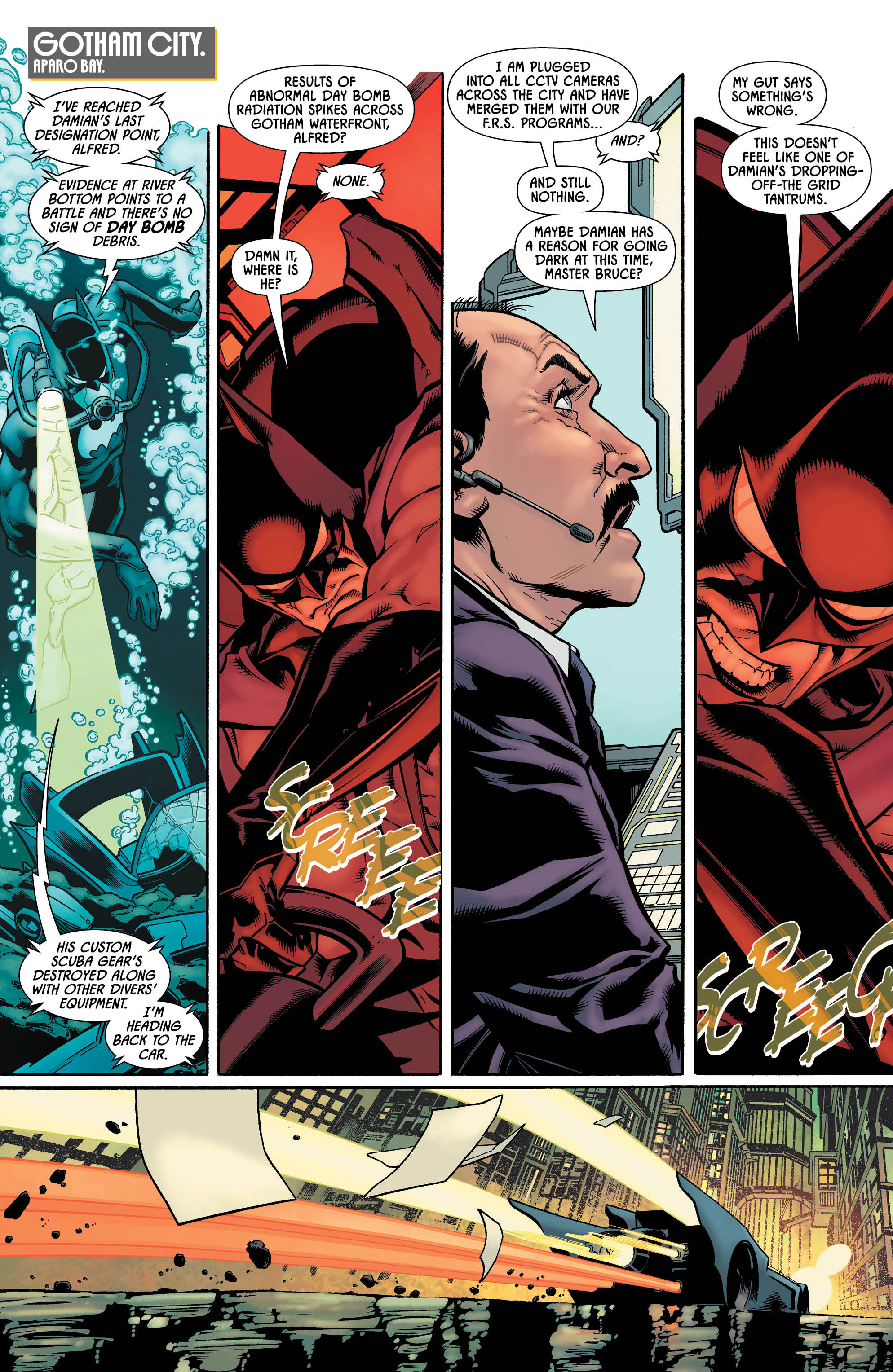 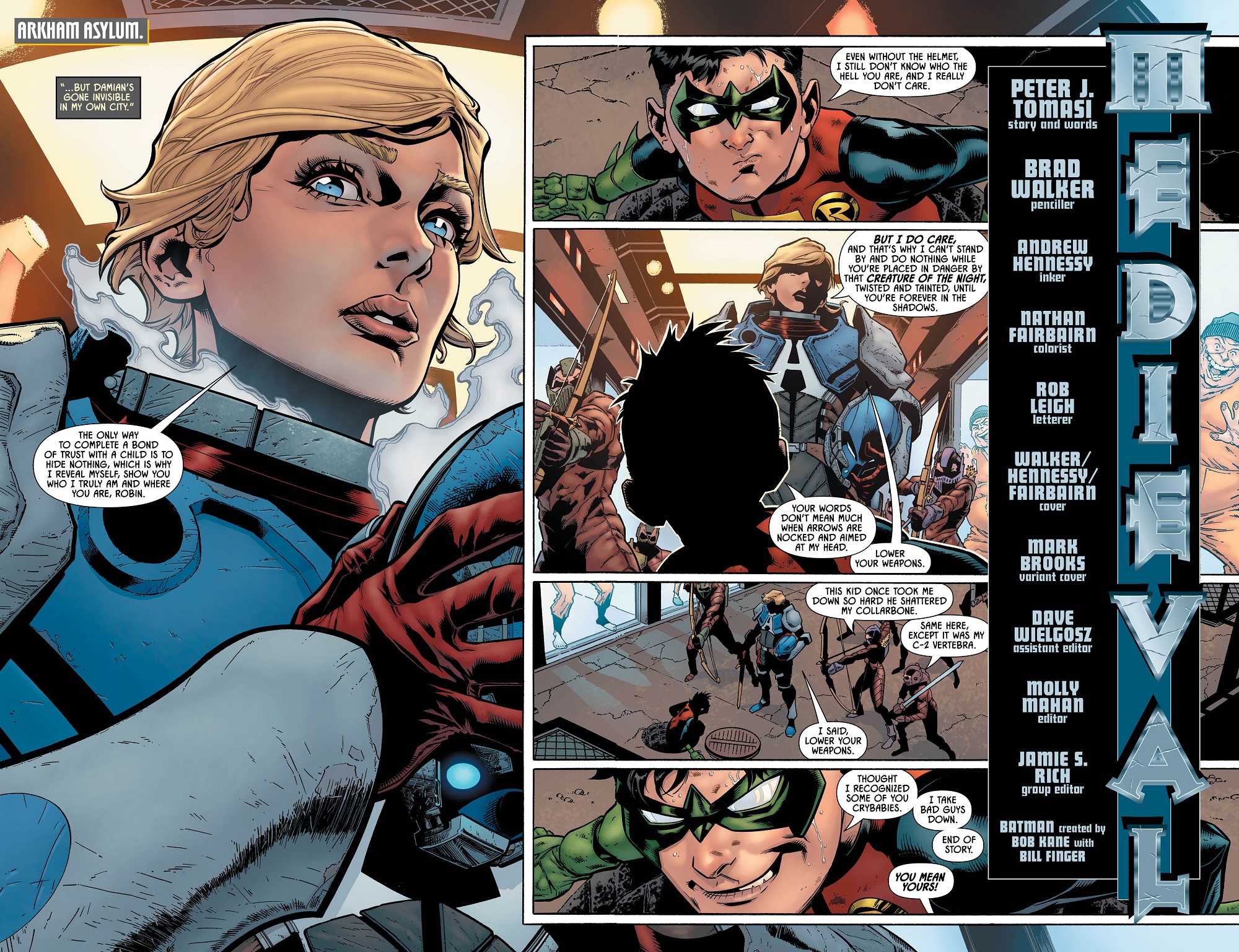 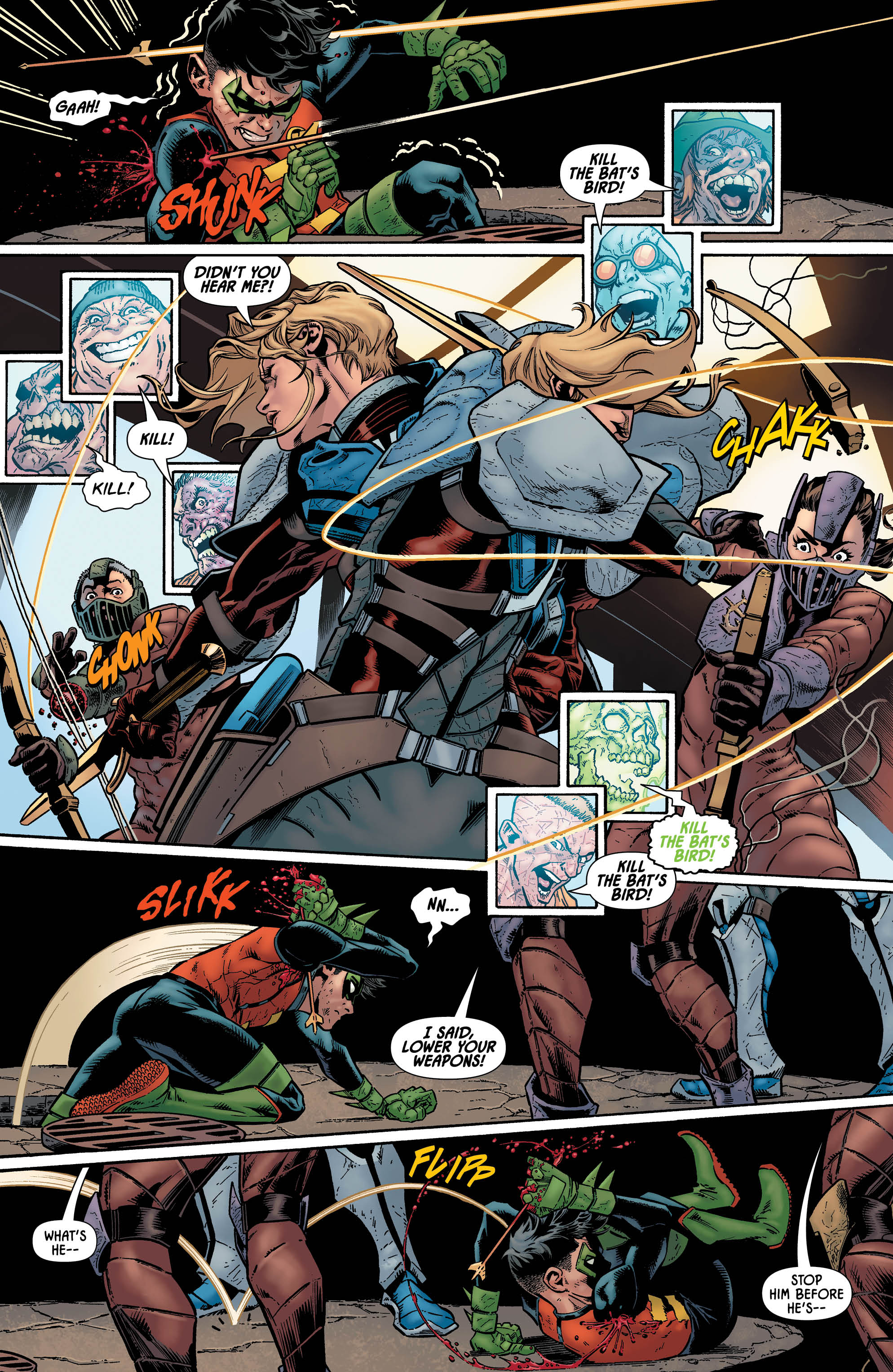 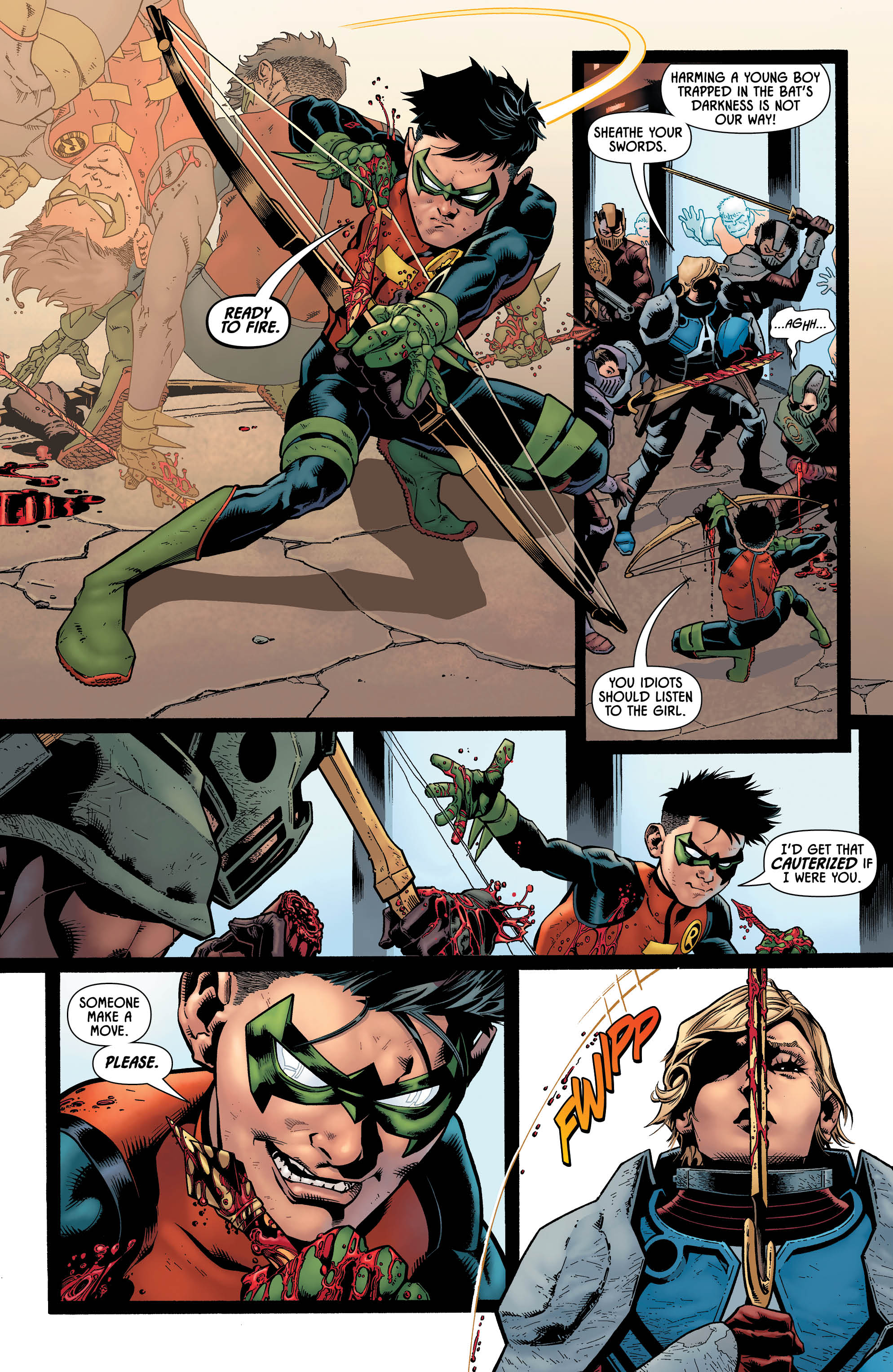 This issue did a few other things brilliantly too; it proved that Batman deserves the moniker of “World’s Greatest Detective” and it’s shown us what a complete and utter badass Damian Wayne is. Like father, like son. This iteration of the Dynamic Duo works incredibly well as a team and one can truly feel a deep connection between the two heroes. Tomasi’s spot on dialogue and the mannerisms he’s given both characters are a joy to read. It’s great to see how one generation can really make its mark on the next. In the case of Batman and Robin, this has proven to be a good thing, with other characters, however…

Yes, we have a brand new Arkham Knight, brought to life brilliantly by some classic comics artwork. Three issues into their run, penciller Brad Walker and inker Andrew Hennessy continue to impress. Unlike Action Comics, which reverted to being a monthly title after its 1000th issue, Detective Comics is still coming out every two weeks. This means that we’ve head three issues in less than two months! This is impressive in and of itself, but when you realise that the same art team has produced all that work, without compromising on quality, well… that’s just incredible. 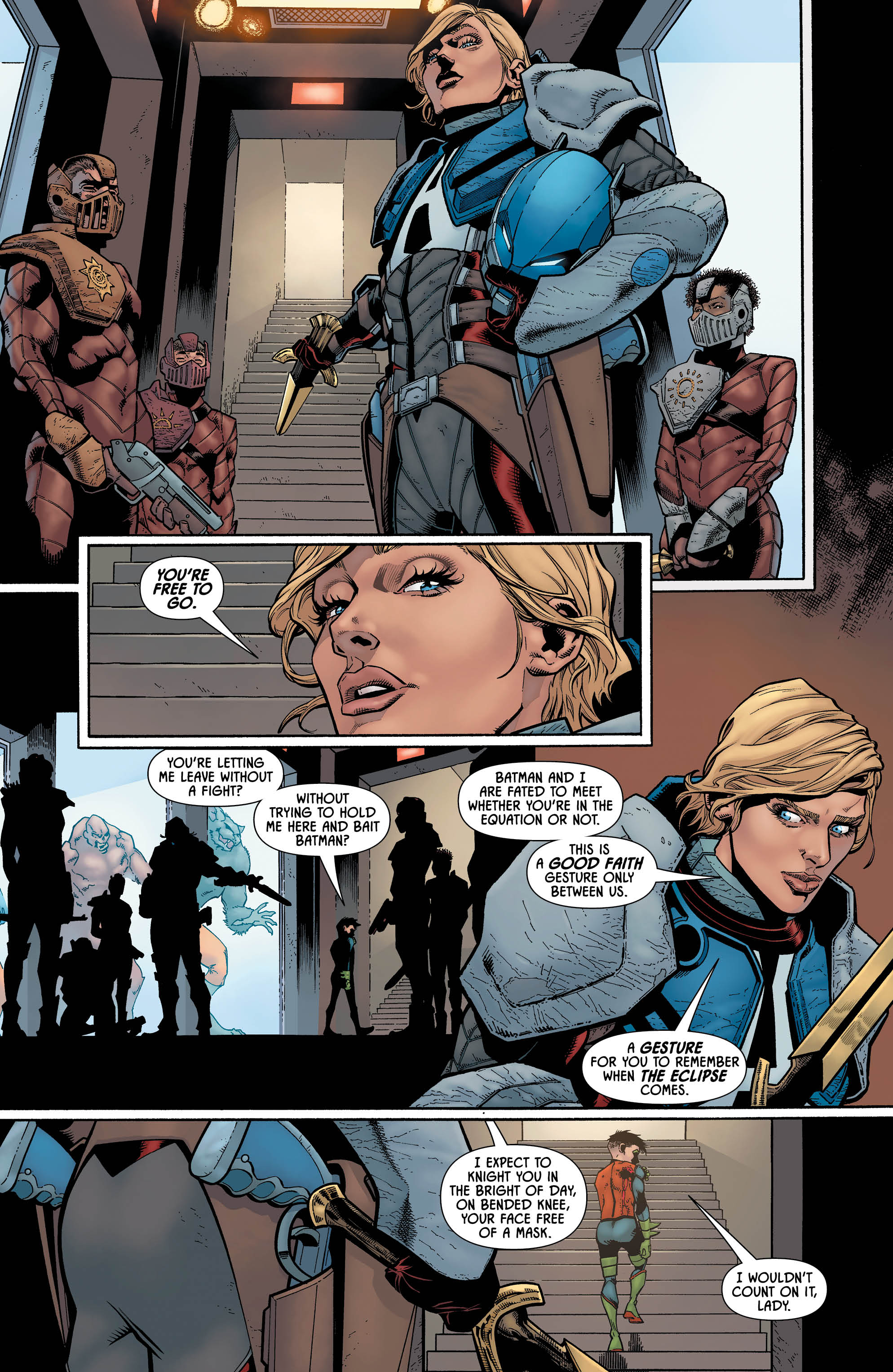 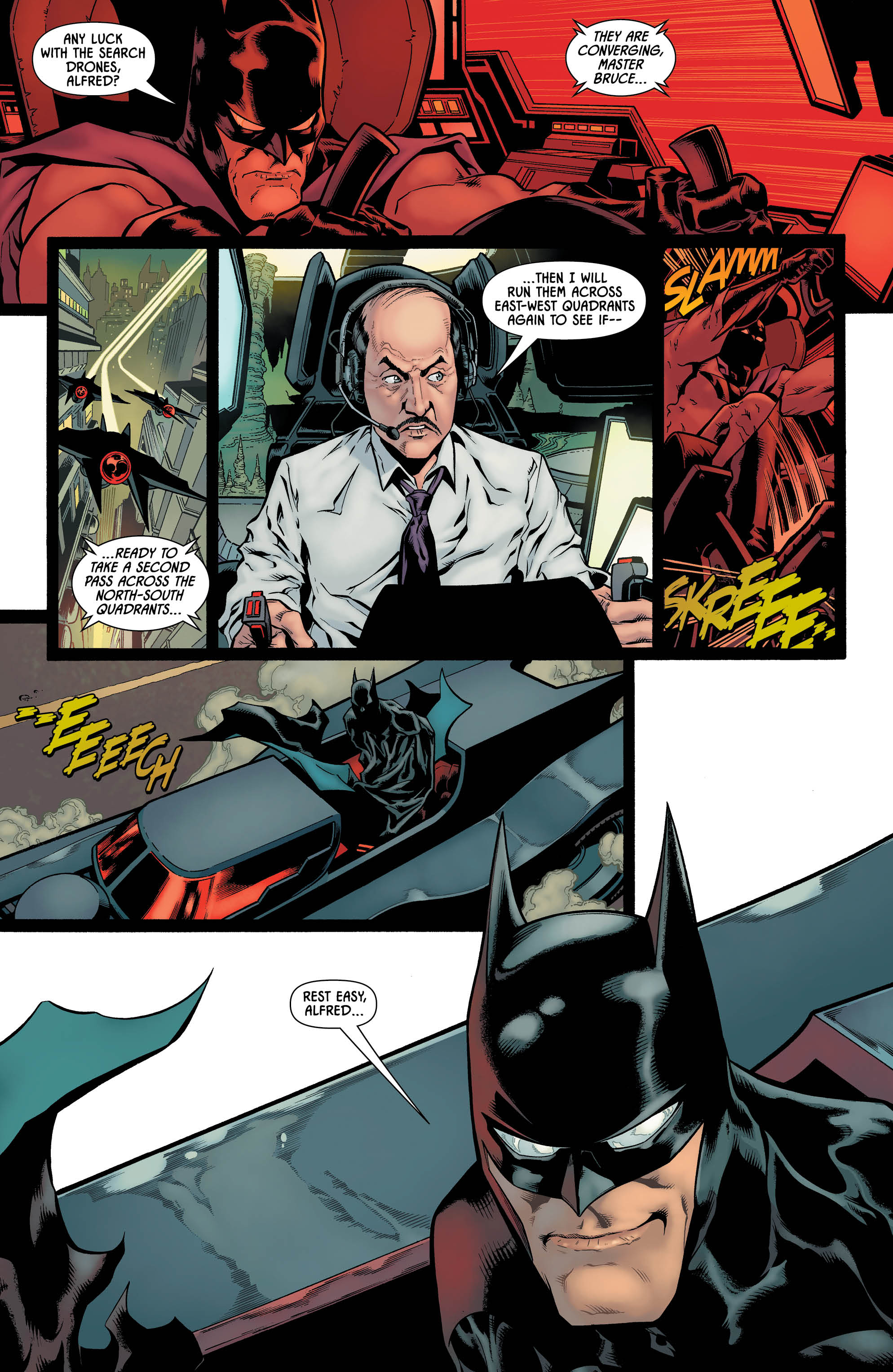 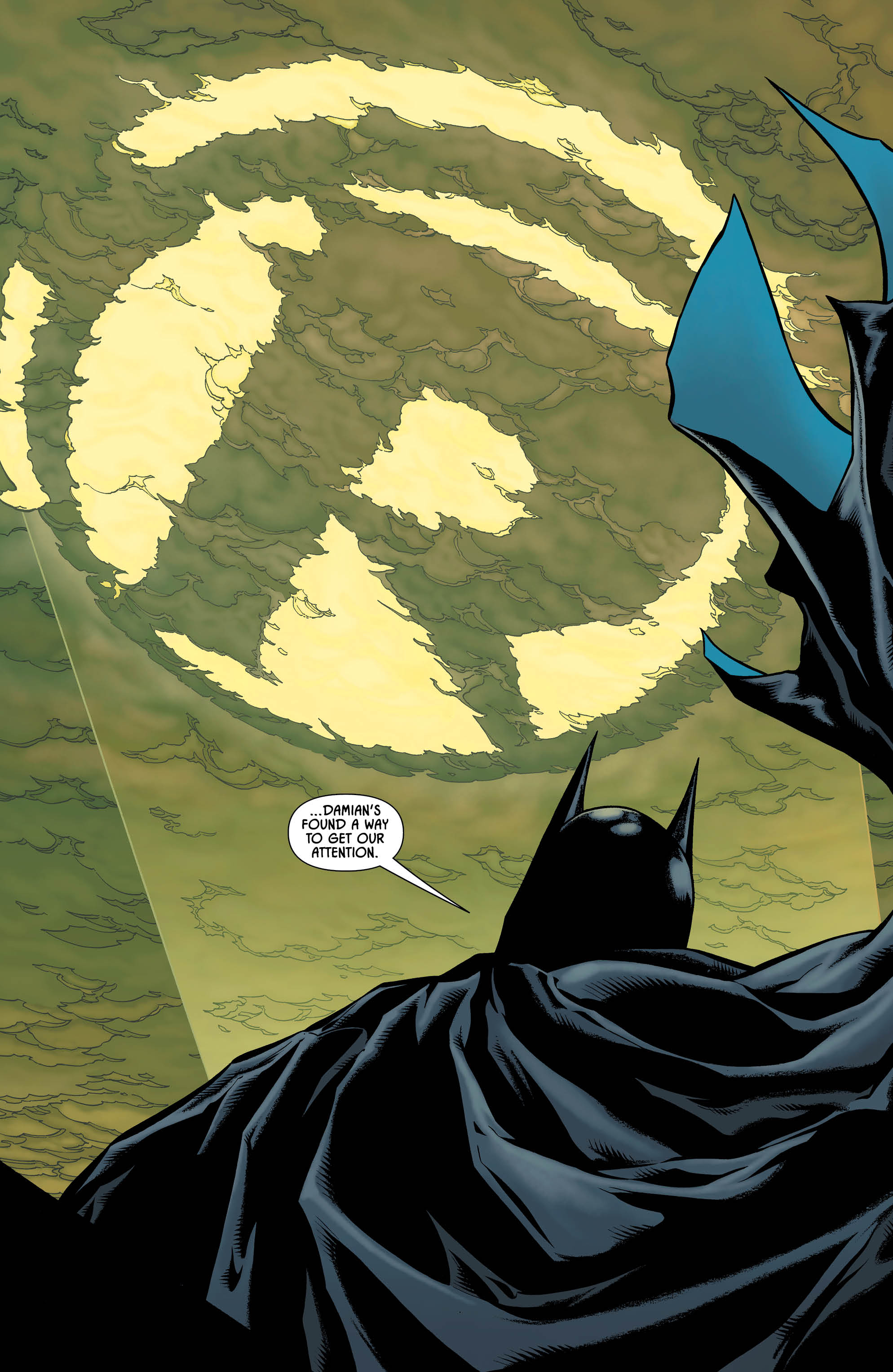 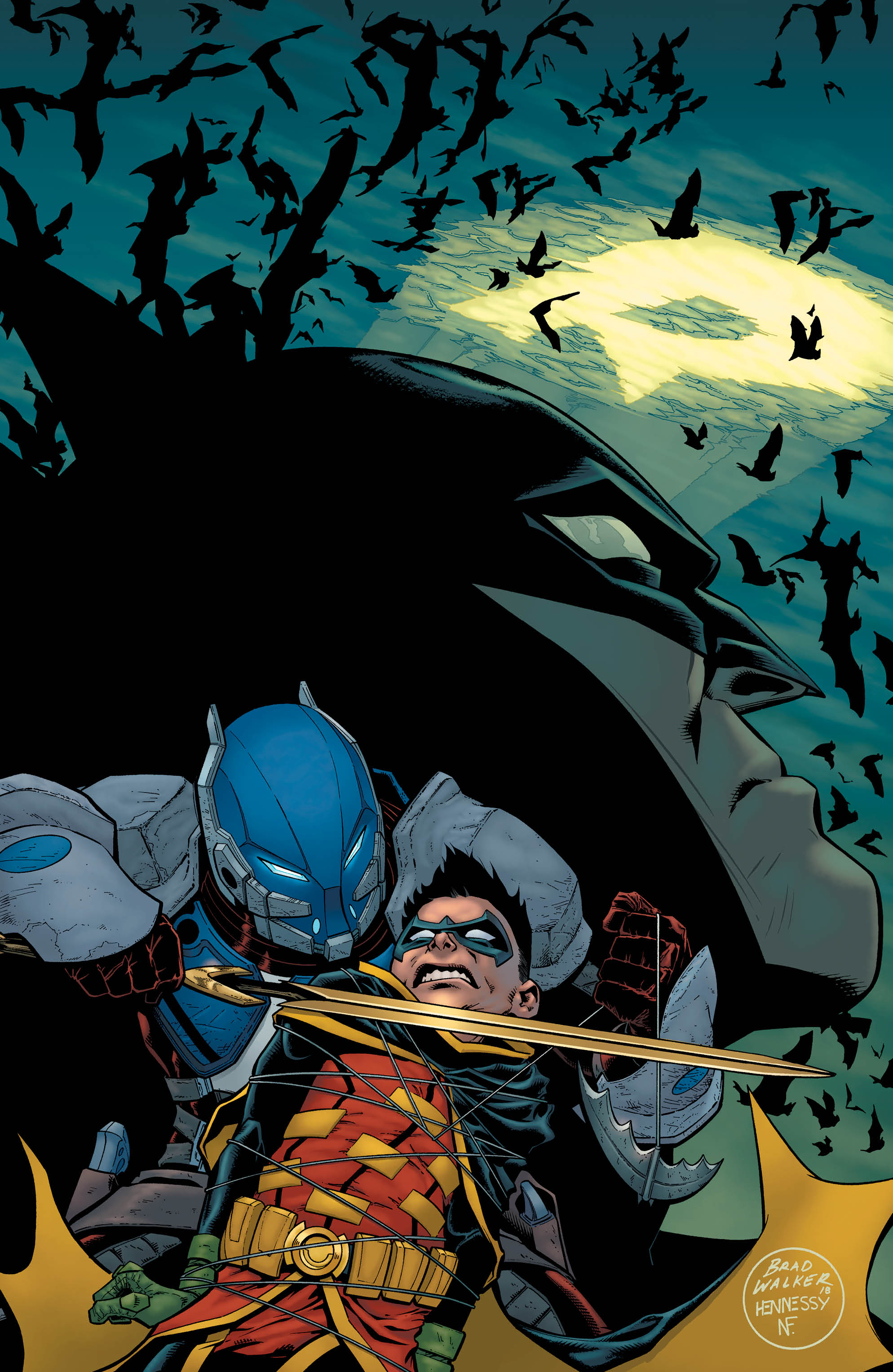 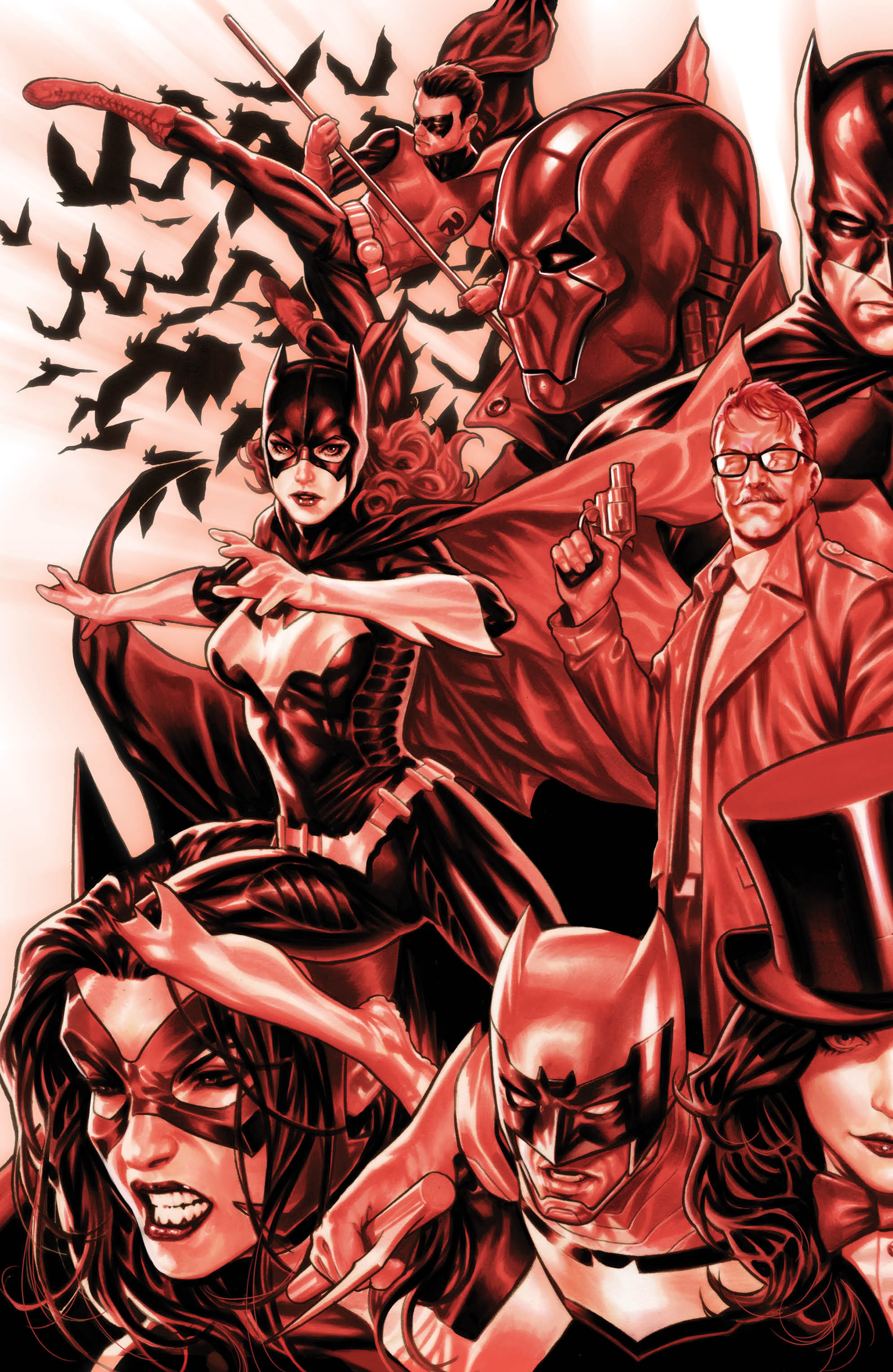 Color artist Nathan Fairbairn and letterer Rob Leigh haven’t missed a beat either. Both gentlemen have been delivering the goods on every issue too. The first eight pages this chapter are reproduced above. Check out the storytelling by all four artists. The emotions on their faces, the movement and body language, lighting, sound effects and dialogue. This entire creative team has come together brilliantly, making this particular fan study every corner of every page. The faces and voices in the small panels on page four give away a big clue as to who this new Arkham Knight is. If you want any more info, buy the comic.

Yes. I went there again.

So, now we know who; the question remains, though… why? Defending Robin is one thing, but the fighting prowess, training and attitude on show are something else entirely. I thought that the reveal may have come a little to soon, but, rather brilliantly, Detective Comics #1003 has raised more questions than the reveal has answered. I can’t wait to see what comes next.