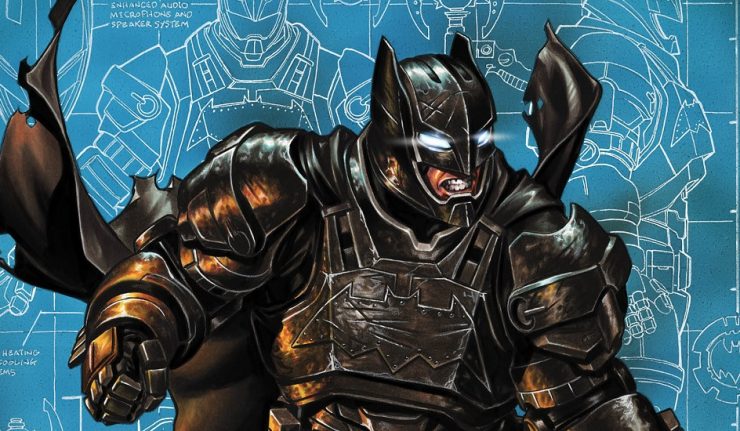 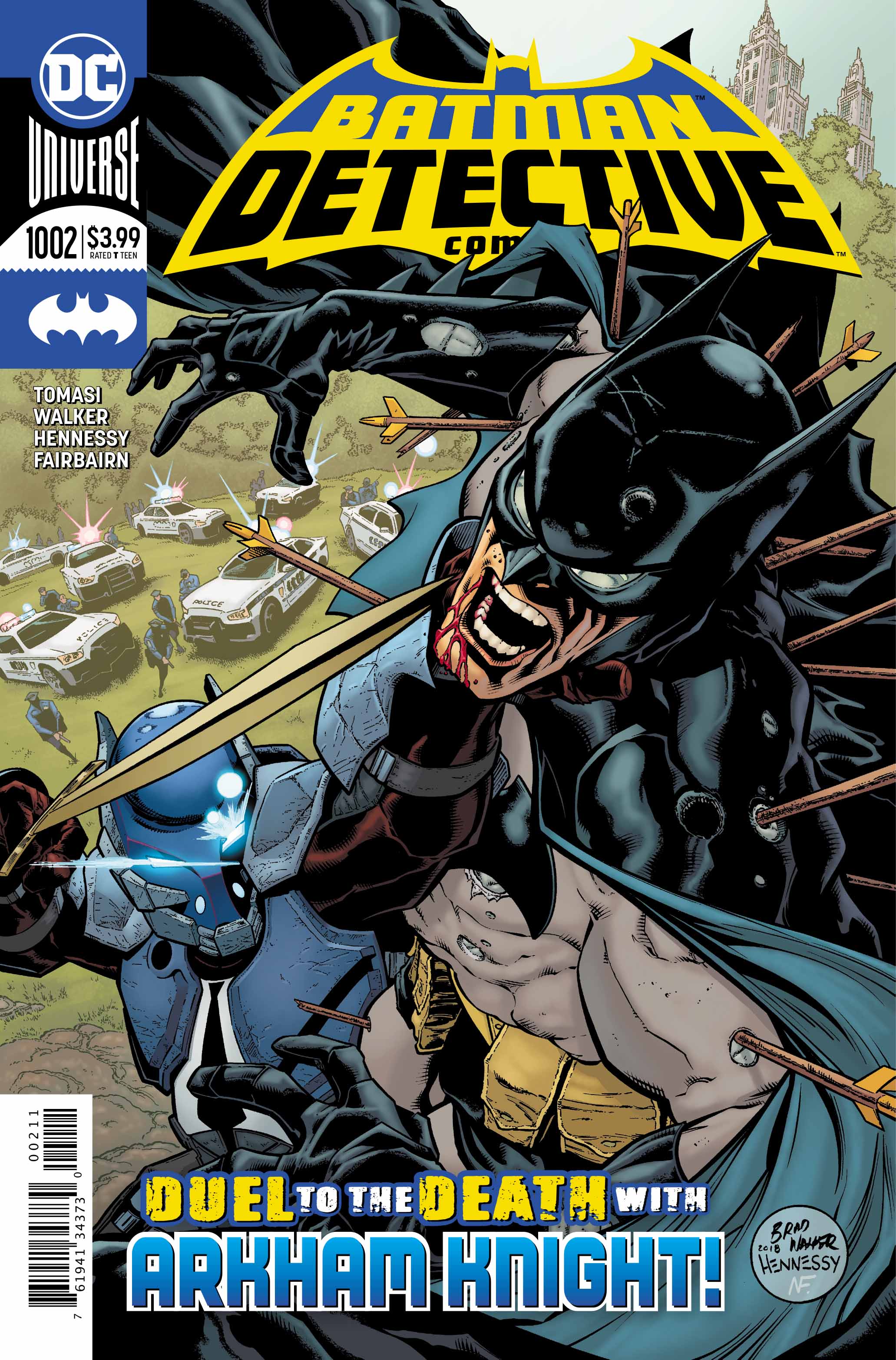 It’s chapter two of the “Medieval” storyline, and Batman is down! The Arkham Knight and his army have brought Gotham’s hero to his knees, with weapons capable of penetrating his defences. Who is this new villain? How has he uncovered Batman’s secrets? What does he have against the Dark Knight?

This new storyline is hitting hard. Any comic that starts with Batman bleeding, beaten and with arrows sticking out of his flesh is going to grab a reader’s attention. The Knights Of The Sun and their leader are pulling no punches, clearly possessing resources to rival even Batman’s. Peter J. Tomasi has cleverly made a threat of this new baddie, but shows us that naming him as such may not be completely accurate. The Knight’s actions against Batman certainly seem villainous, but the way he acts later on in the issue paint him in a far more heroic light.

Swords, knives, bows and arrows. While the Knights’ weaponry seems medieval in nature, it’s clearly manufactured using state of the art materials and technology. Whoever these guys are, they’re clearly as affluent as Bruce Wayne himself, or are being bank-rolled by someone who is. Is this the Order of St. Dumas? Does this “A” denote a new Azrael? Or is this a new branch of the League Of Assassins, led by an Al Ghul?

We also get the welcome returns of Alfred, Commissioner Gordon and Robin this week. It’s great to see Damian and his father working together again, but it seems that we aren’t the only ones who are happy to see the Dark Knight’s squire. 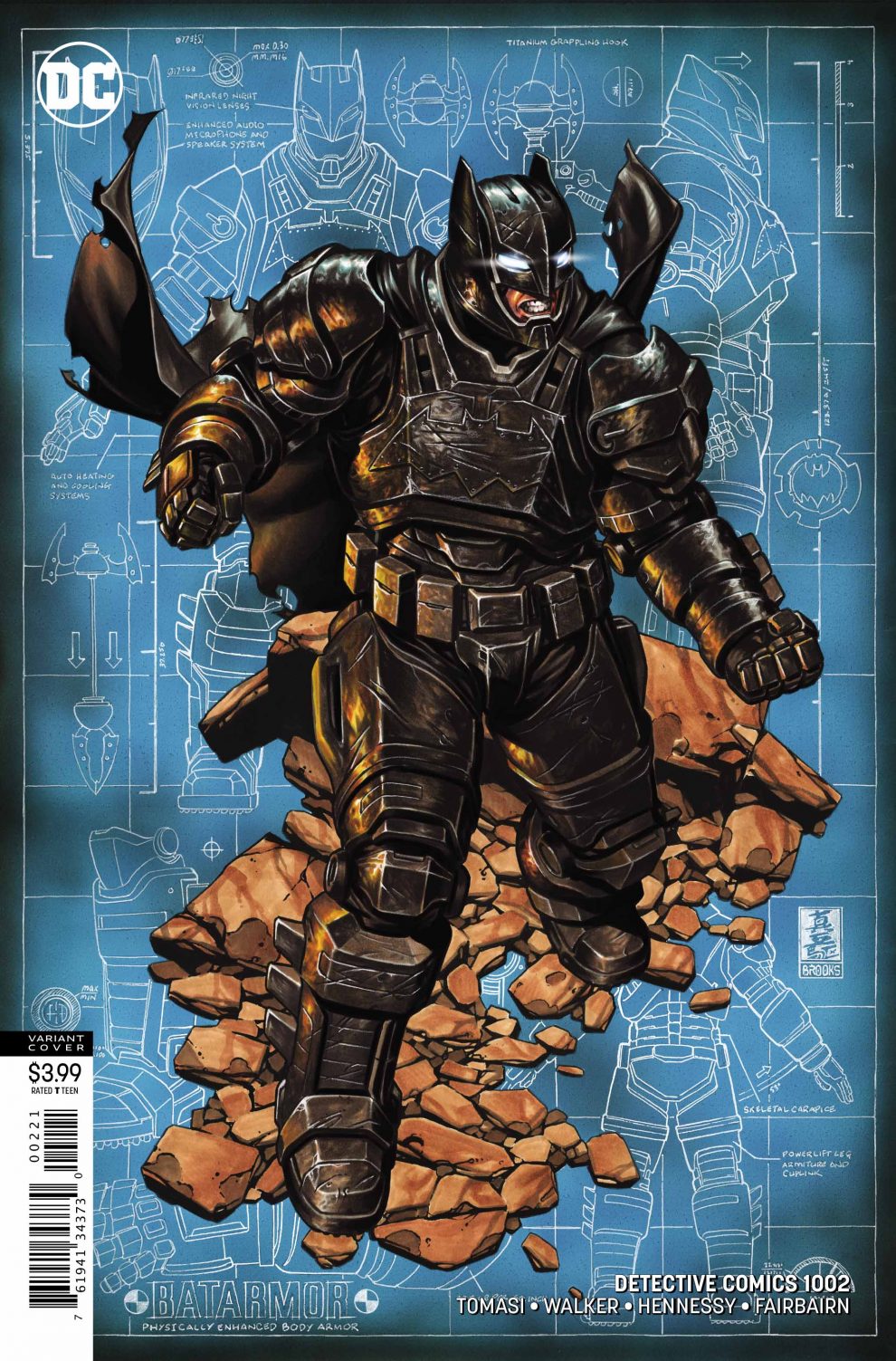 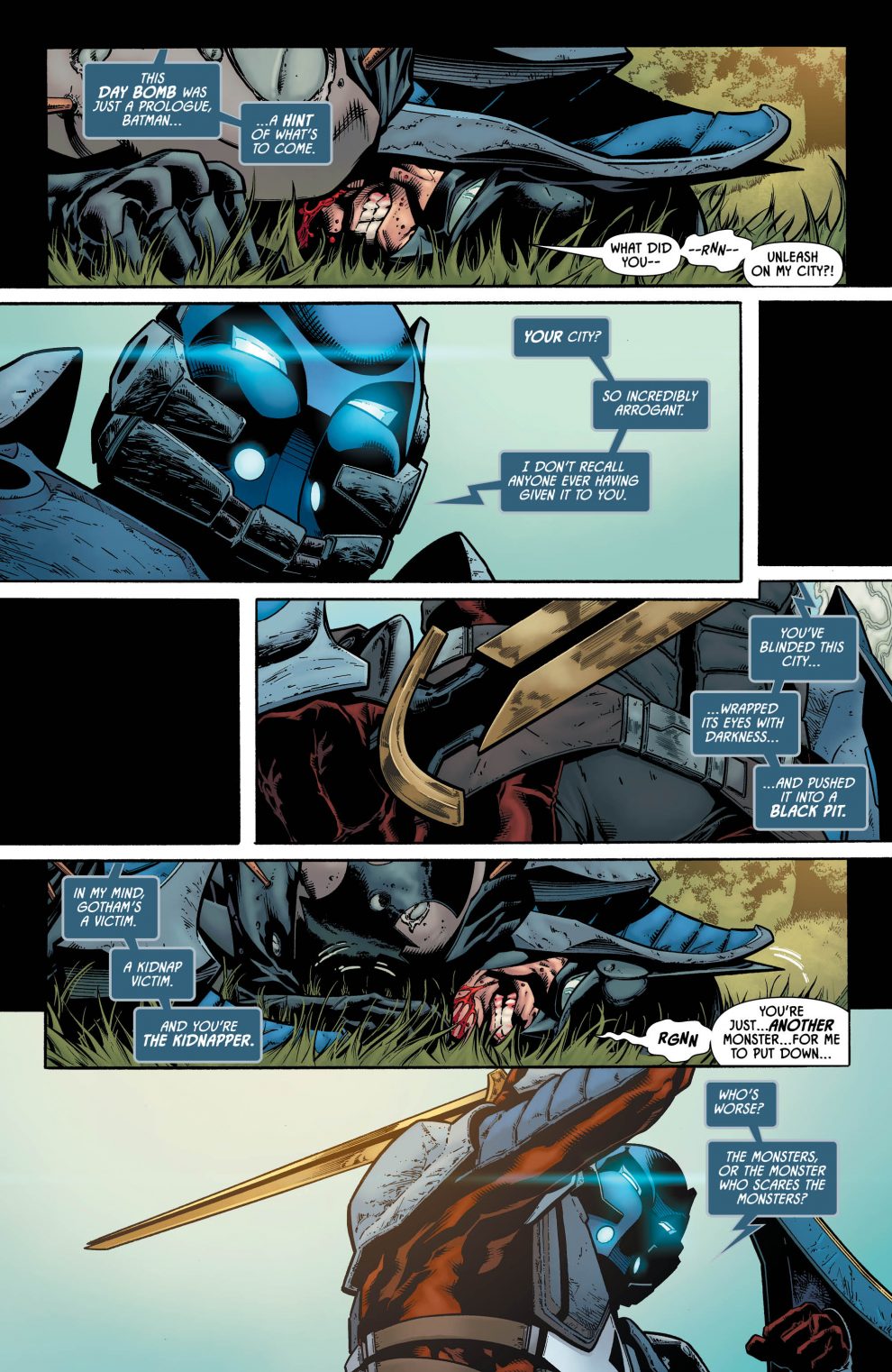 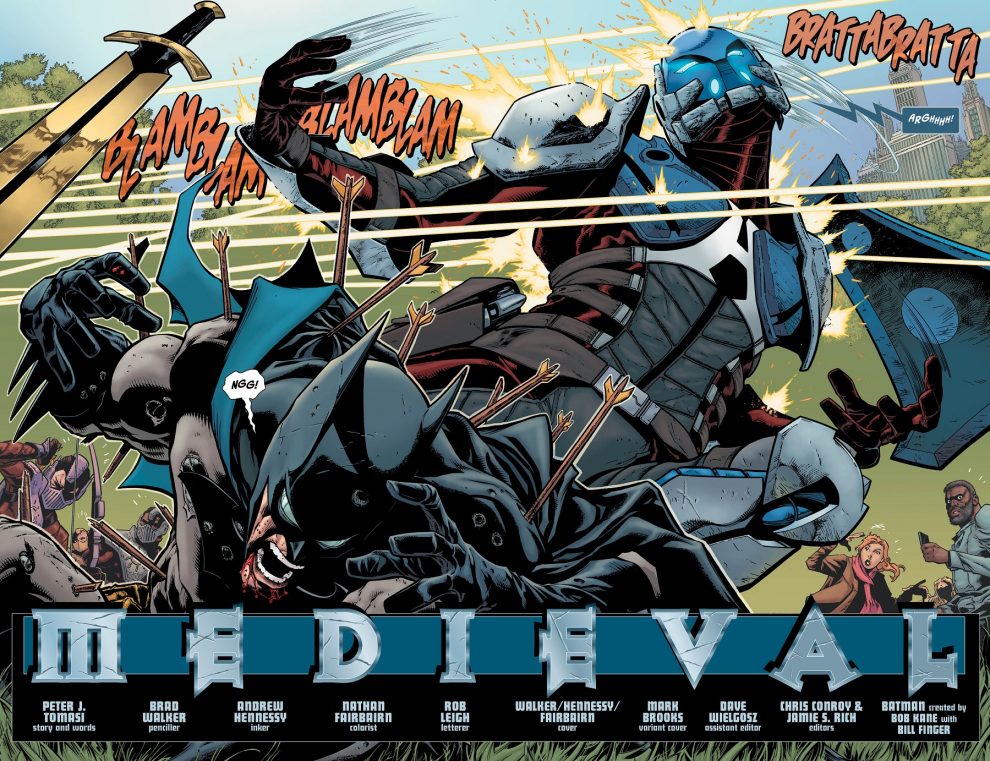 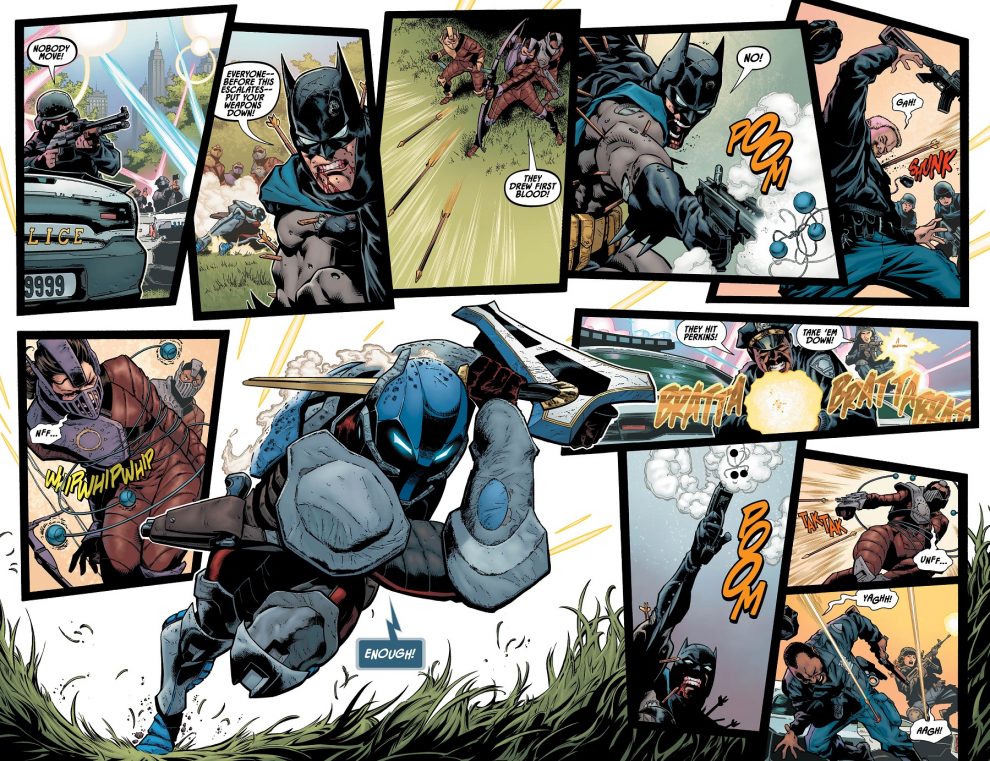 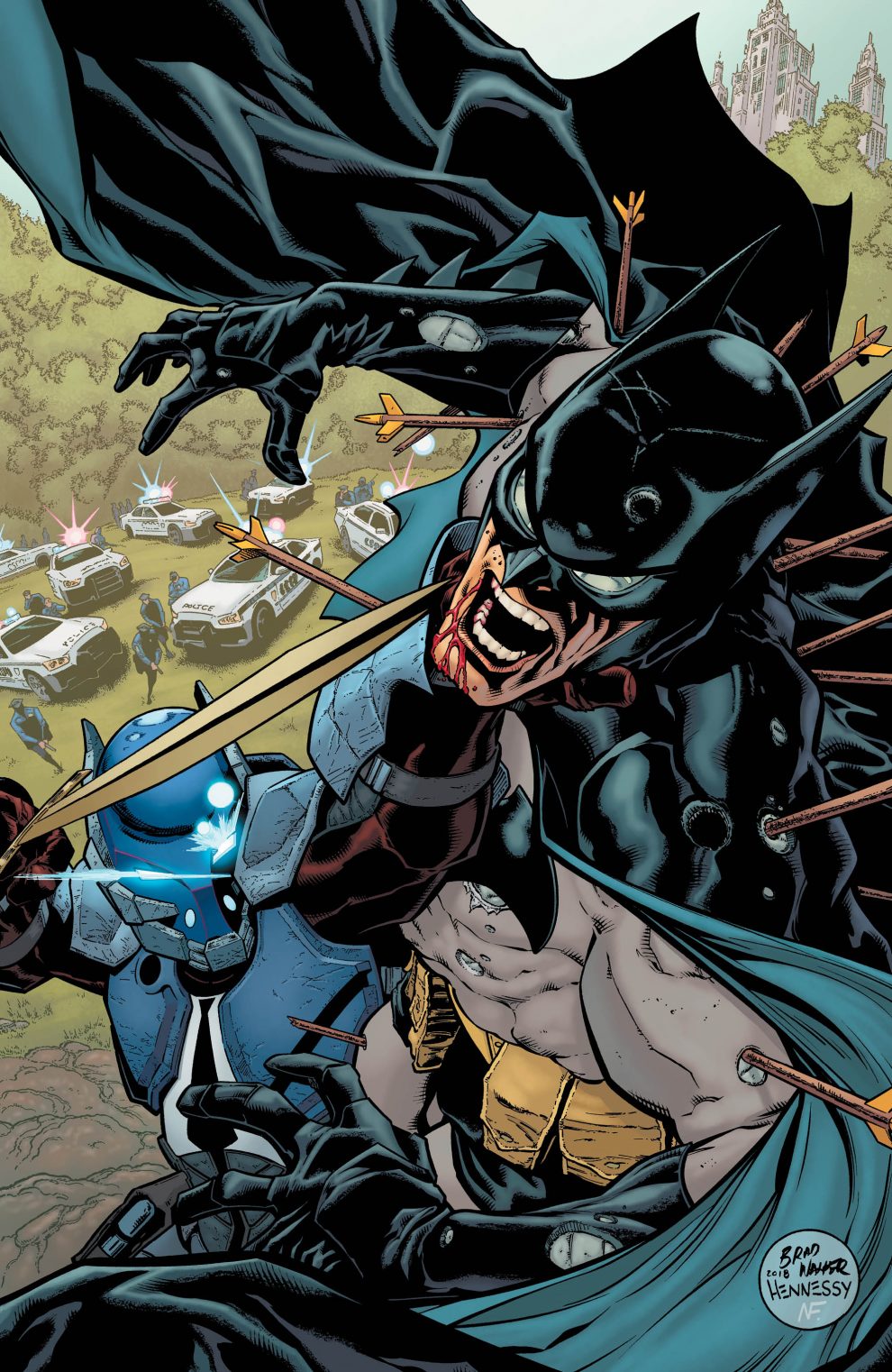 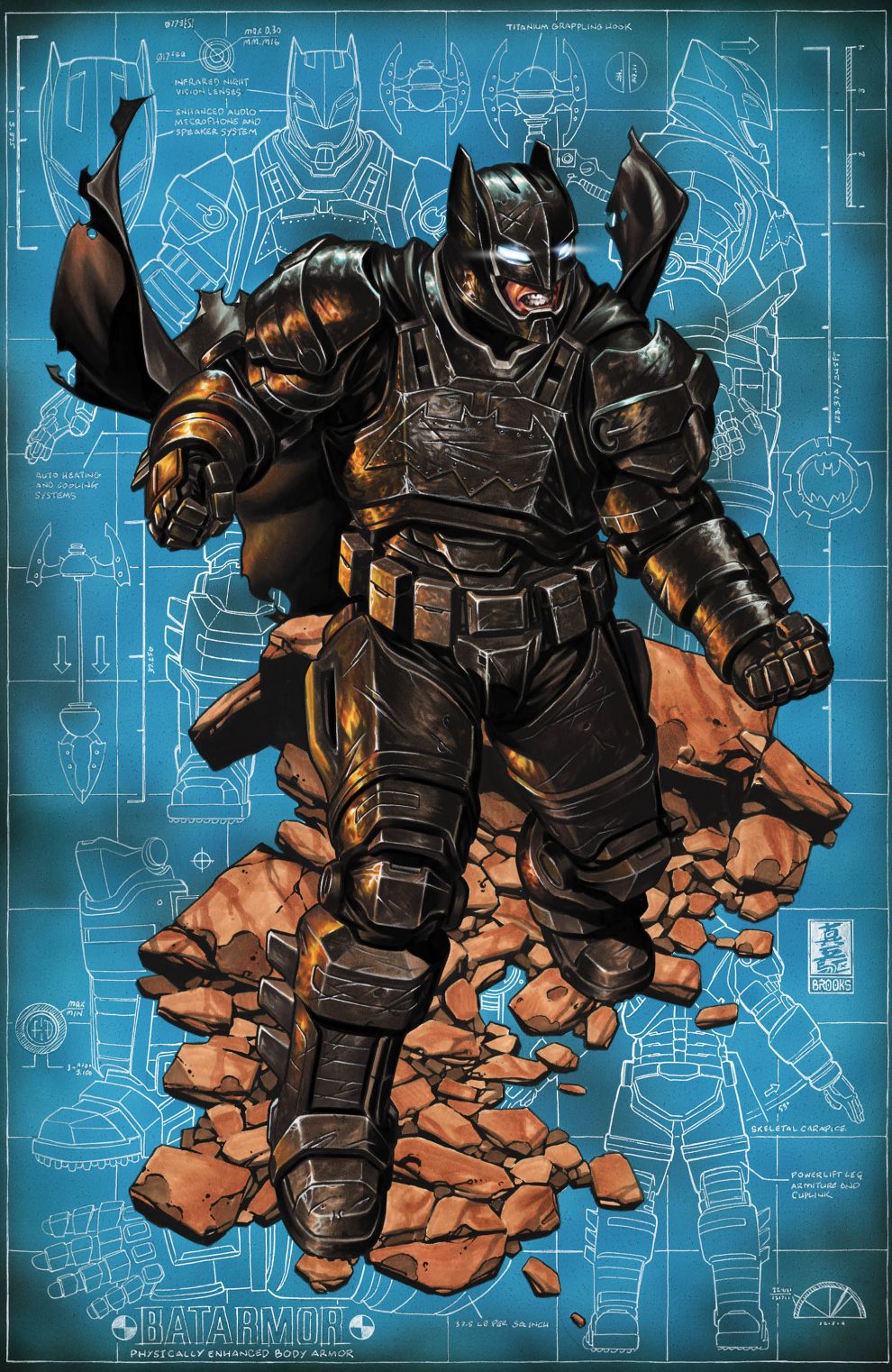 The art in this issue is as impressive as the script. Brad Walker and Andrew Hennessy give us panels jagged as glass, adrenaline pumping action scenes and pyrotechnics worthy of a Hollywood blockbuster. Nathan Fairbairn’s gorgeous color art lift the action higher, with glowing eyes, ricochets and the flash of headlights. This is what comics should look like.

Letterer Rob Leigh probably jumped for joy when he received the script and art for this issue. This isn’t a talking heads comic, littered with interminable chatter… oh, no. There are enough sound effects in the opening pages of this issue to make any comic-book letterer smile like a loon. They sure made me happy.

There are hints and clues littered throughout this issue and ‘Tec #1001. Or are they just red-herrings? The last page will leave your head spinning… I actually swore! Peter J. Tomasi and his collaborators are really making a mark on this title, as I knew they would.

I know I’m getting old, and really shouldn’t be wishing my life away, but the two weeks from now ’til Detective Comics #1003 cannot go by fast enough.