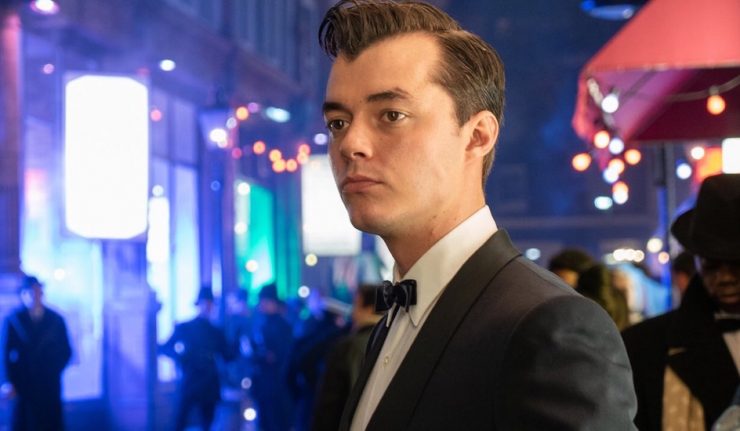 Although today is the 80th anniversary of when The “BAT-MAN” made his debut in Detective Comics #27, it’s not the legendary hero we’re talking about today. It’s his butler, father figure, legal guardian, medic, friend and ally, Alfred Pennyworth.

Alfred was first introduced in Batman #16 in 1943 and has been loyally standing by young Bruce’s side ever since. He has appeared everywhere Batman has, from comics to television, movies and video games. Alfred is right there setting the bones, sewing up the wounds and serving the tea.

We’ve now been given a brief 17 second tease as to what the series will look like:

Although we’ve come to learn about Alfred’s past over the years, such as him being in the Special Air Services and British Army, very few stories have actually shown us a young Alfred. DC is planning on changing that with their prequel TV series, Pennyworth.

DC describes the series below:

Pennyworth blazes largely new ground and is not a spin-off or prequel to Gotham, so don’t look for familiar villains or allies in that brief sneak peek, with one exception. In Pennyworth, we get to know Alfred (Jack Bannon) when he’s a twenty-something former SAS officer who forms a security company and winds up working with a young Thomas Wayne (Ben Aldridge) in 1960s London. The series also stars recording artist Paloma Faith, Jason Flemyng (The Curious Case of Benjamin Button, The League Of Extraordinary Gentlemen), Ryan Fletcher (Outlander), Hainsley Lloyd Bennett (Eastenders), Emma Paetz (Gentleman Jack) and Polly Walker (The Mentalist, Rome).

DC still hasn’t announced when the show will officially debut, just that it will be “this summer” on Epix.

What do you think of Pennyworth? Will you be giving it a try? Let us know!