“The Trial Of Jim Gordon”

It’s the trial of Jim Gordon, but like everything else in this series, nothing is truly as it first appears. With the hope of reunification with the mainland in the balance, due to increased violence and gang warfare, Gordon, Bullock, Oswald and Barbara get all the warring factions in one spot, in an attempt to negotiate a ceasefire. The plan is scuppered when an unexpected old enemy resurfaces, with catastrophic results. 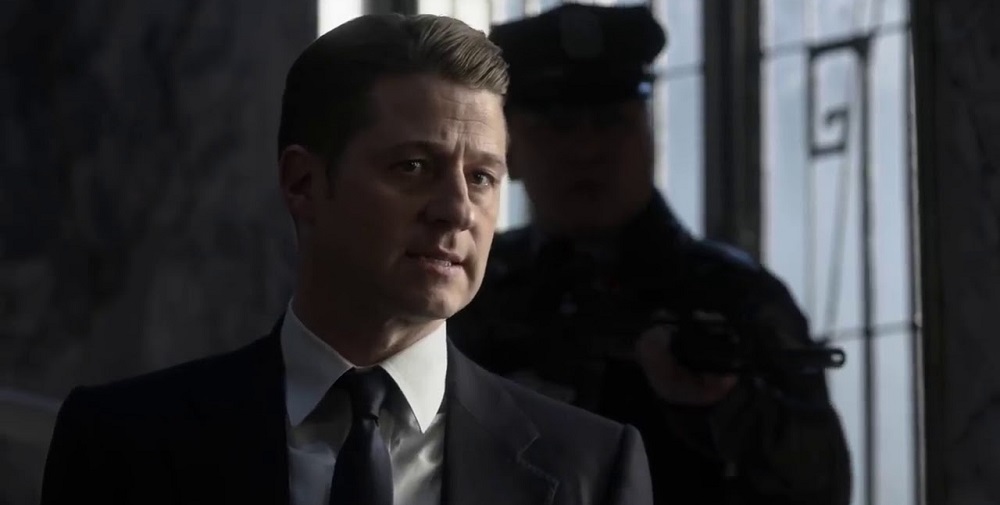 This episode was written by Ben McKenzie and directed by Erin Richards, who play Jim Gordon and Barbara Kean, respectively. When I heard that these cast members were branching out and taking on these new challenges, I got very excited. Ben McKenzie’s directorial debut on Gotham, the episode “13 Stitches” was quite strong, which made me keen to see how he’d fare as writer.

I was bitterly disappointed.

This wasn’t just the most poorly written episode of Gotham ever, it’s arguably one of the worst written pieces of television that I’ve ever sat through. The plot was decent, and there were some clever ideas, but the dialogue was absolutely diabolical. The conversations were wooden, stilted, unnatural and would even have felt old fashioned in a 1940s B-movie. The vast majority of actors in this series are first rate performers, and I could tell that they were struggling to speak the lines they’d been given. It was painful to watch. 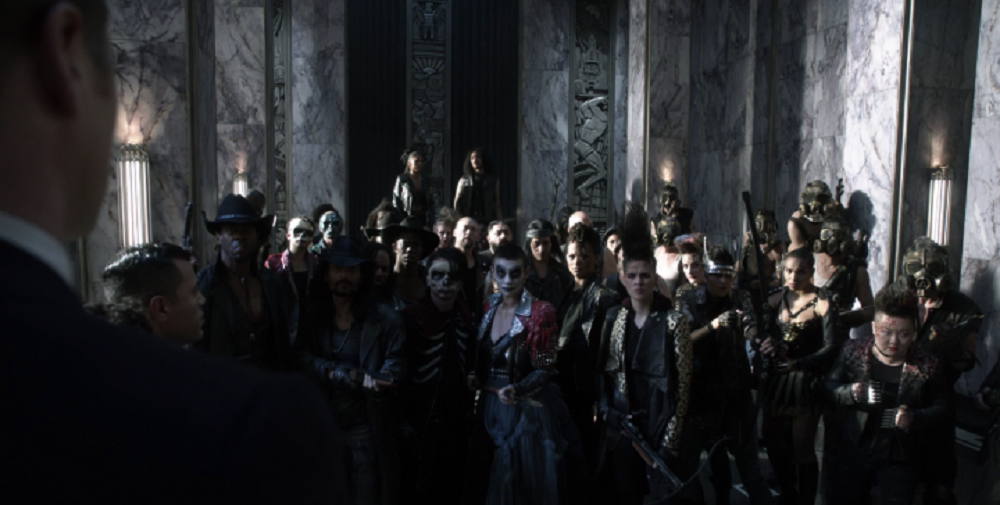 Thankfully, apart from a few poorly executed dialogue scenes, opposing camera angles and headache inducing fast cuts, Erin Richards did a competent job as first time director. Some of her lighting choices were beautiful to look at, and her use of camera trickery and special effects was actually very good indeed.

The strength of this show has always been its cast, but with the diabolical script they were handed, even they struggled. I adore Sean Pertwee and Robin Lord Taylor, who tried to deliver the lines as best they could, but even I could tell that they were suffering almost as much as I was. 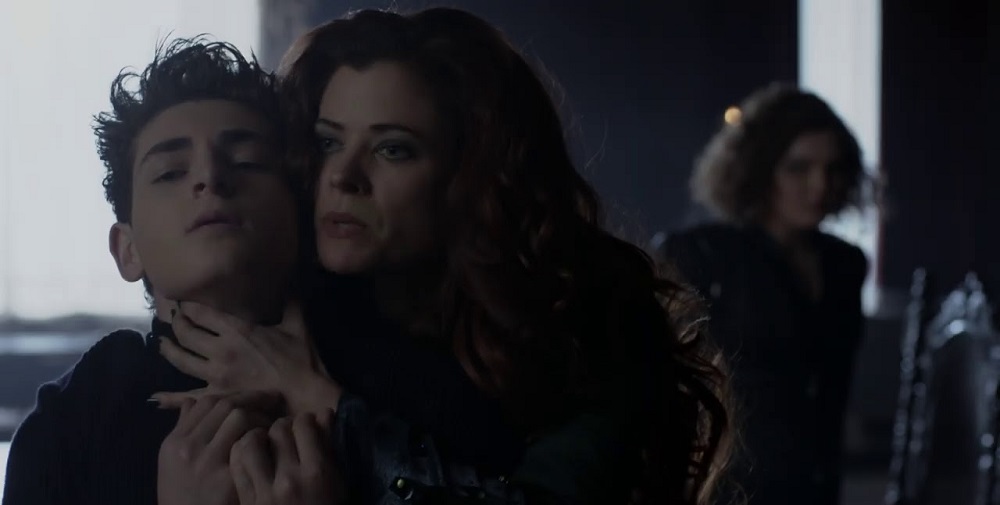 This was one of the hardest reviews I have ever had to write, because I love this show. If anyone came into Gotham with this as a first episode, I wouldn’t blame them if they blasted their screens with a shotgun and swore never to watch TV again.

When I rate TV shows and movies I give a maximum of three points for writing, the same again for direction, then up to four points for performances. I am being generous by giving the writing just half a point, because the plot and some ideas were decent. The dialogue, however, was horrific.

I’ll give direction 1.5 out of 3, as for a novice director, I believe that Erin did a pretty decent job.

Again, the actors in this show are stellar, but I could feel that they wanted to rip their own tongues out this week, so will give the performances 2 out of 4.

I was going recommend only watching the last five minutes of this episode, but that wouldn’t be fair on either Ms Richards, or the cast. Instead I’ll strongly urge everyone to watch this episode with the sound switched off until the final scene. Pump some heavy metal, or your music of choice as a soundtrack instead.