Miss Martian leads a mission to New Genesis to investigate a growing feud. Back on Earth, Nightwing, Artemis, and Superboy help Brion and Halo test their powers.

As previously mentioned in my review of “Private Security,” I really appreciate how the show-runners cater to the fans. As a fellow fan, we have a vested interest in the lives of these characters. We have missed them, and we want to know how they have been doing.

We met the Forever People in “Disordered,” and it great to see Big Bear (played by Bill Fagerbakke) return. I know the episode is meant to set up Forager joining the team, but I would have enjoyed at least one more Forever Person. 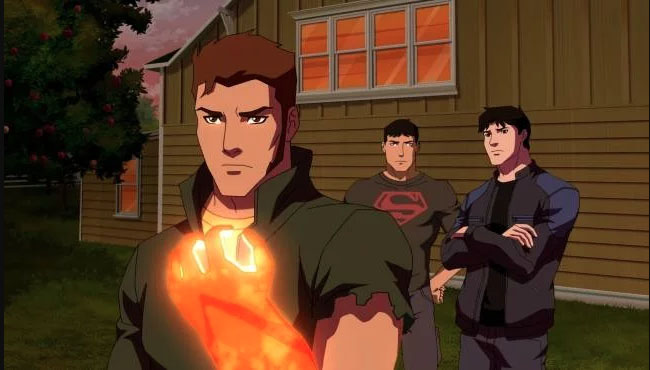 This episode was beautiful to watch. I haven’t seen such lush backgrounds since “Downtime.” The plot itself seemed a bit lacking. Another site offered the opinion that Young Justice is better than Batman: The Animated Series. I would like to submit that a BTAS spin-off series, Justice League, did a better job of showing more residents of Supertown while keeping the focus on Forager. I am hoping that the series will examine more of Jack Kirby’s Fourth World and New Gods in the future.

Young Justice has always relied heavily on the main plot/subplot model. In most cases this is welcome. I was more vested in Artemis, Connor, and Dick helping Brion and Halo, which I guess was supposed to happen.

I was just “whelmed” with this episode. It was like pizza – it’s hard to make a bad one. Some pizza is great, some… not so much.