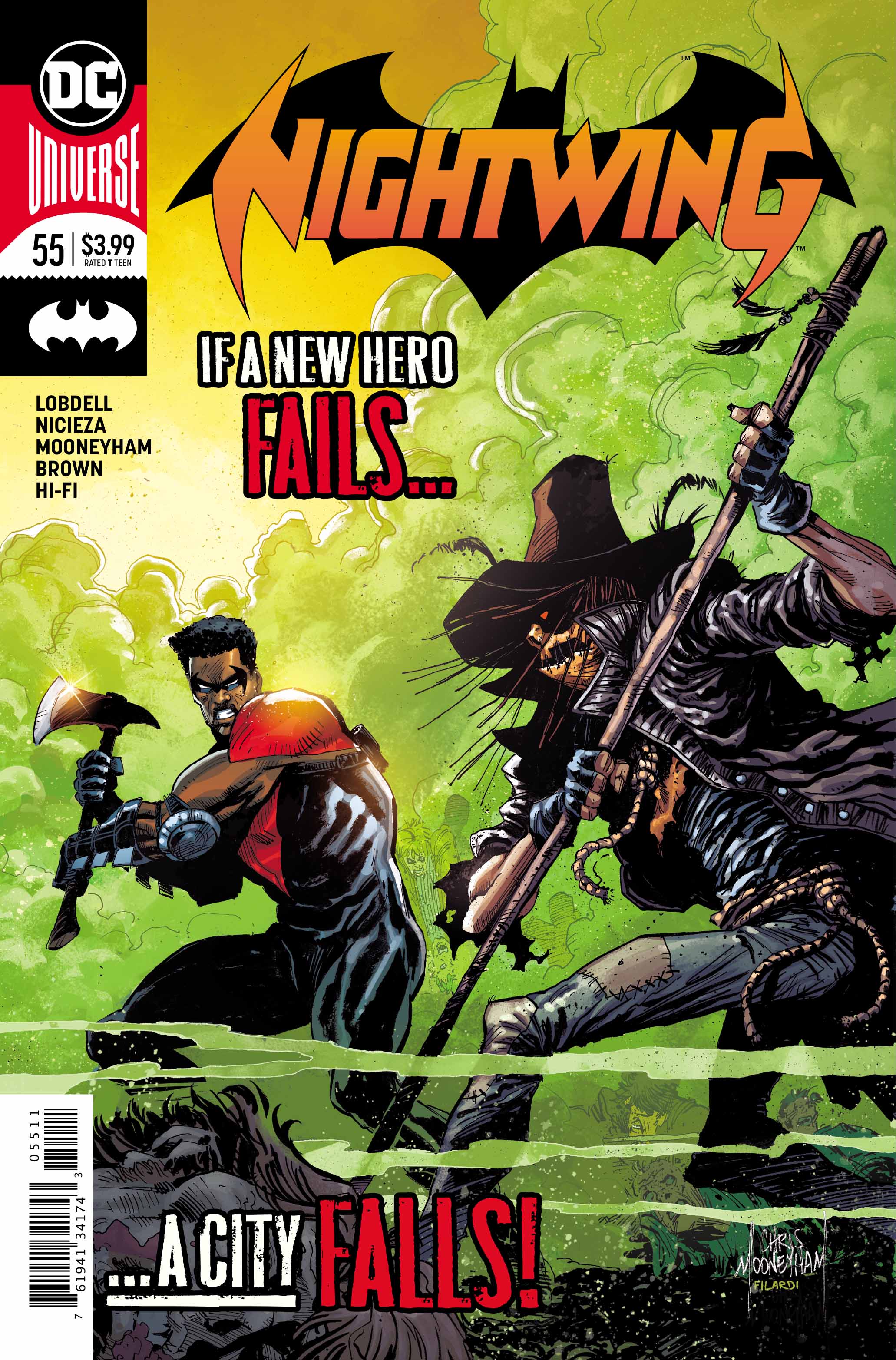 This series is toting up to be a fantastic run. After being shot in the head, Dick Grayson lost all memory of his time as Batman’s sidekick. He does still get flashes of muscle memory that allow him to take out baddies and protect his friends.

In the last issue however, Grayson shed his old identity completely, fully becoming Ric Grayson. It seems like Dick Grayson is no more, yet Nightwing remains. Not just one Nightwing… but four of them! Its probably just as well too, as Bludhaven is about to come up against one it’s most terrifying threats, if not the most! 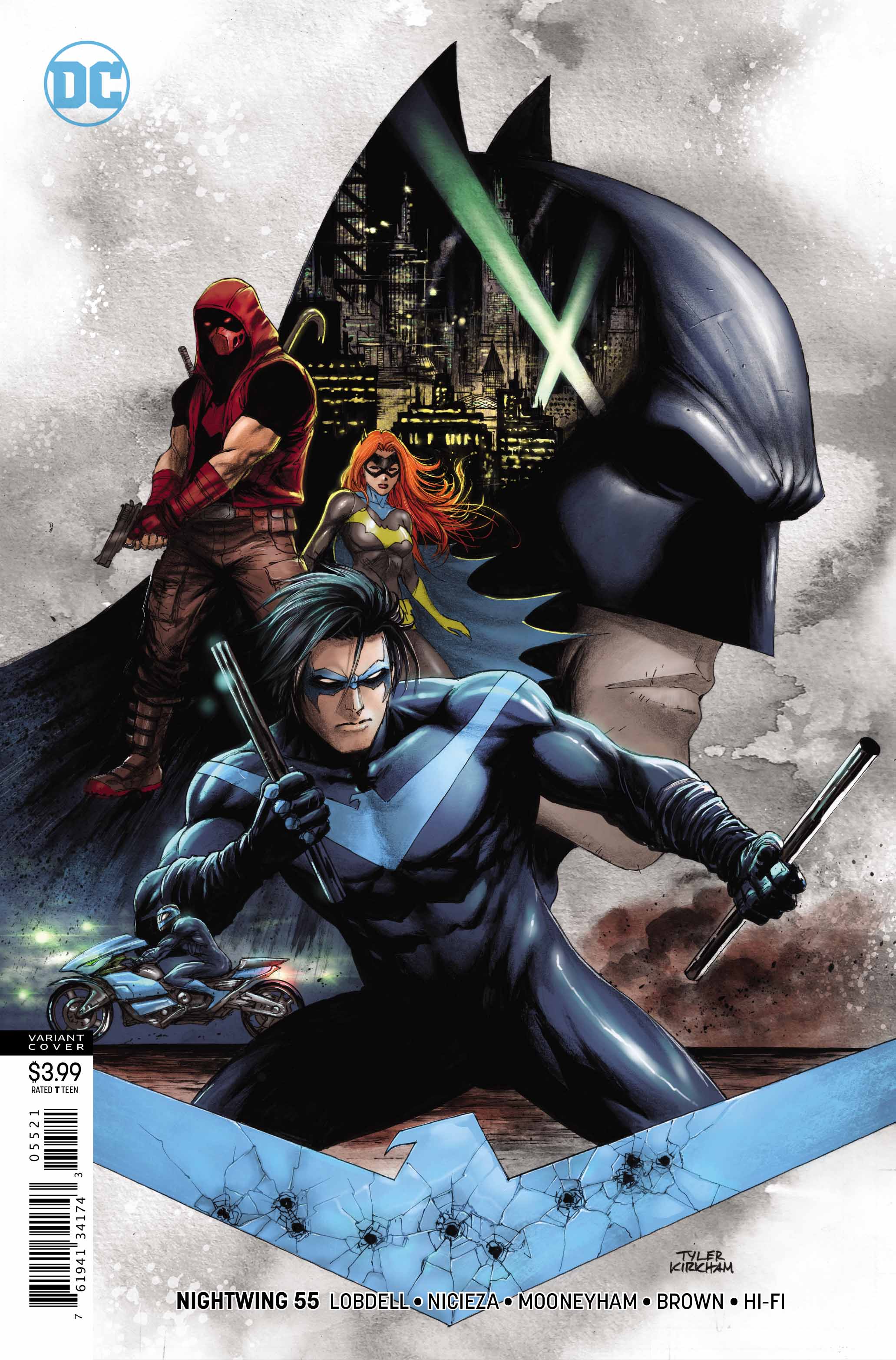 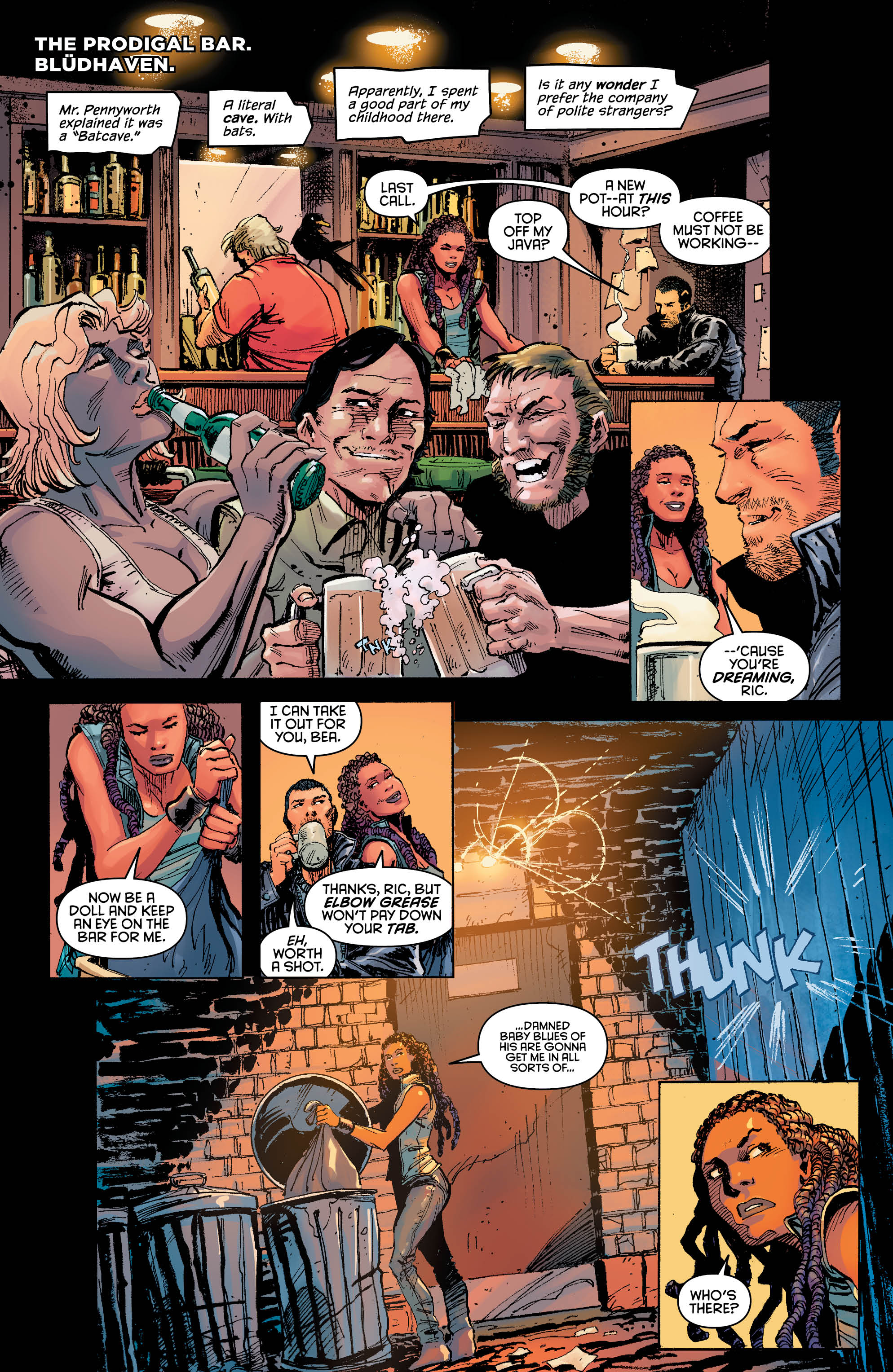 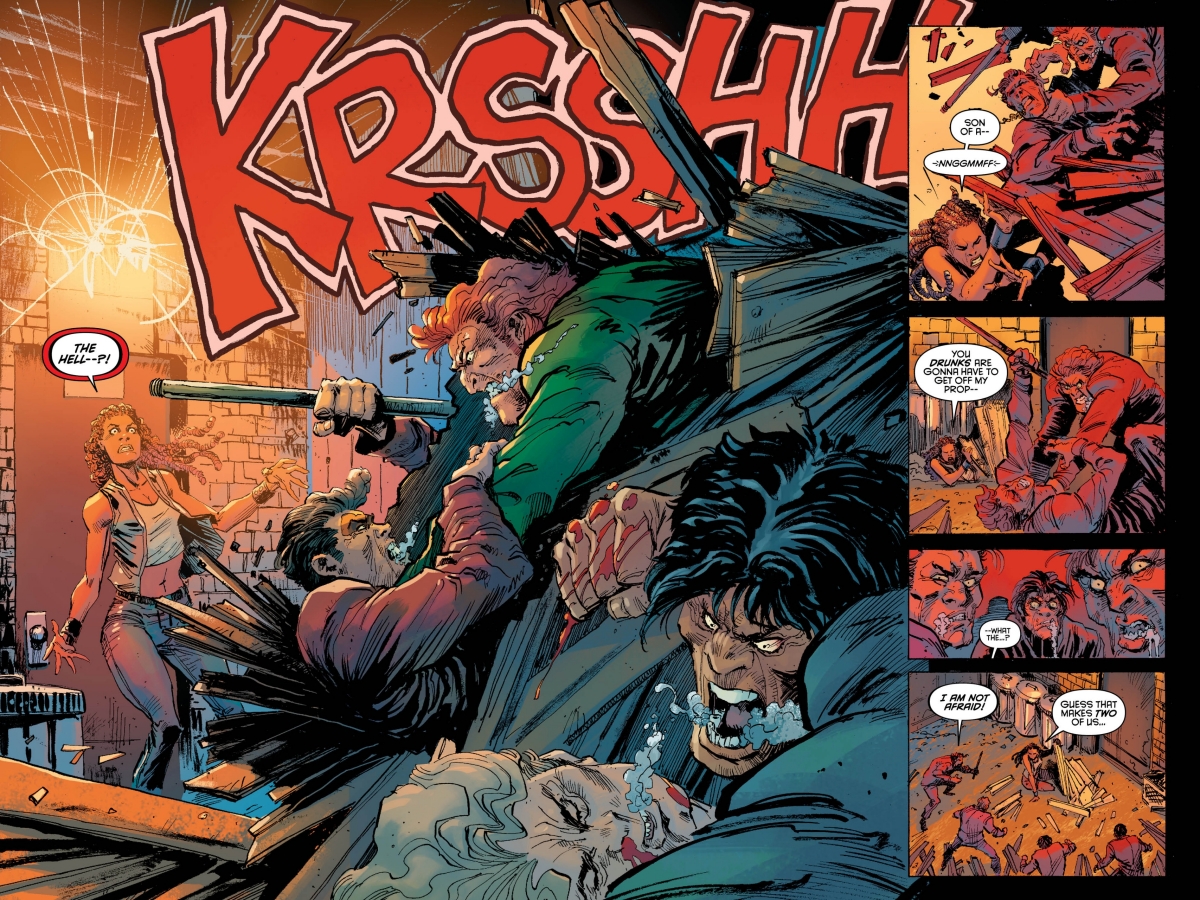 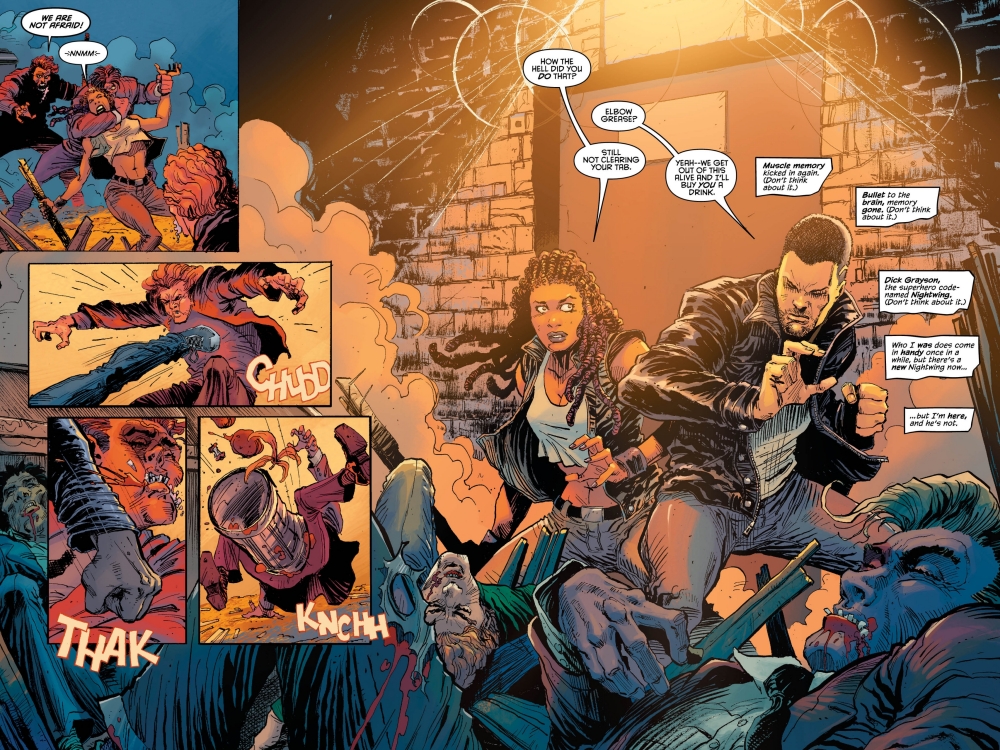 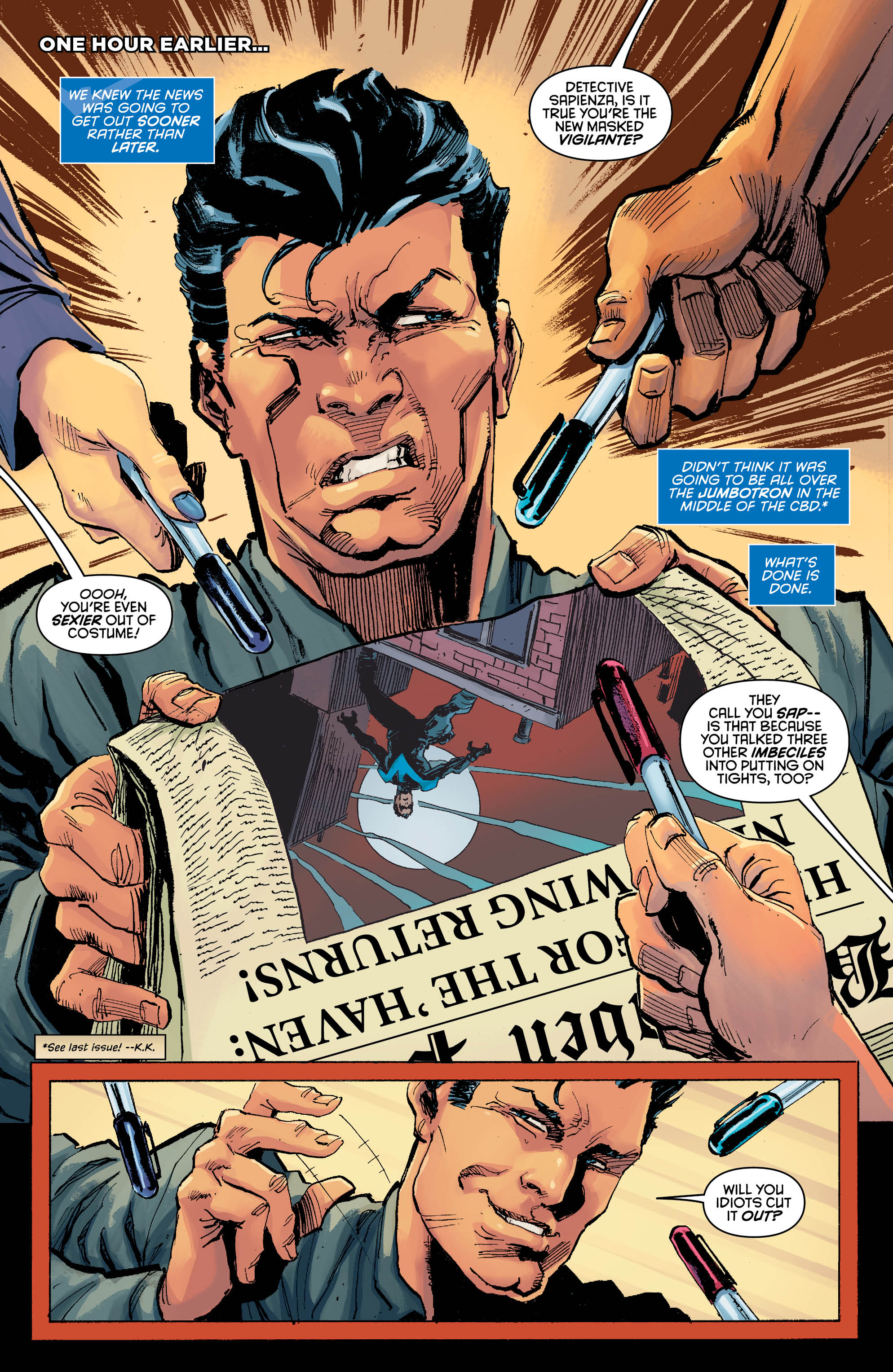 What a build up we’ve had over the last few issues! We’re still not at the end of this run, and it’s already easily ten times better than I could have imagined.

I must admit that when Benjamin Percy left the comic, I was wondering how Nightwing would continue it’s incredible story. I needn’t have worried, as Lobdell and Nicieza are doing a fantastic job at laying the foundations for a brand new Nightwing.

I absolutely love the fact that although Dick Grayson is no longer Nightwing, it still feels very much like a Nightwing comic. It would have been so easy for them to focus purely on Ric Grayson and how he assimilates back into normality, but the title of this series is Nightwing, not Grayson, so it’s great that they haven’t done that.

I think the way that they’ve handled all the separate plot threads extremely well. The story has progressed at a natural pace, keeping in beat with the world around the characters. So while the story arc is longer than a standard comic run, it is so because they’re not rushing anything. It almost feels like a TV show with the way that they’re slowly fleshing out the characters and story.

A brilliant continuation of the story, while the artwork really lends itself to the world of Bludhaven. It’s gritty, almost crime thriller cityscapes help pull the reader into the story.

Yet another solid issue of Nightwing from the creative team. I cannot give this series enough praise. I know a lot of fans will still need some convincing. Pick up an issue and read it, that’s all the convincing you should need.

I can’t wait for next issue!