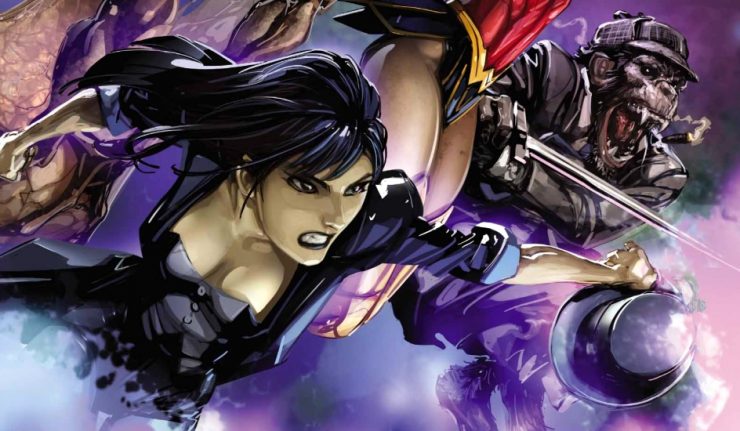 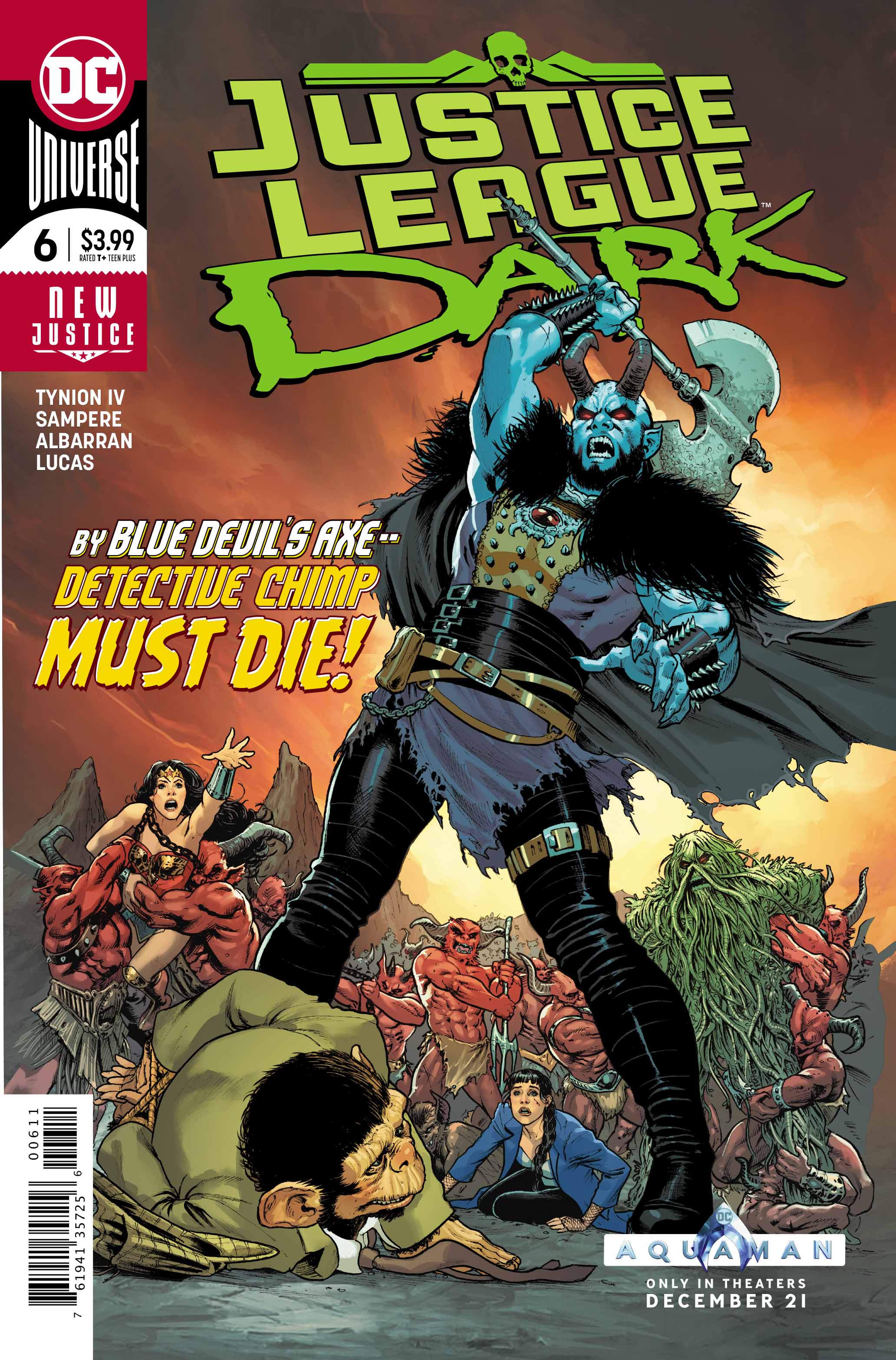 Holy 1990s Bat-Fans! The Blue Devil is back, and he’s got an axe to grind with Detective Chimp… quite literally. The magical plane of Myrra is being overrun by more skeletons than even Bruce Campbell could handle, and it’s all Bobo’s fault. Bad Monkey!

Man, just when I think this title is done surprising me, James Tynion IV goes all “Middle Earth” on me. I friggin’ LOVE this series!

Once again magic has gone awry and Justice League Dark are battling on two fronts. While John Constantine, Swamp-Thing and The Phantom Stranger face off against the rogue Doctor Fate, Zatanna, Wonder Woman and Man-Bat are in a mystical realm having a dead good time… not! 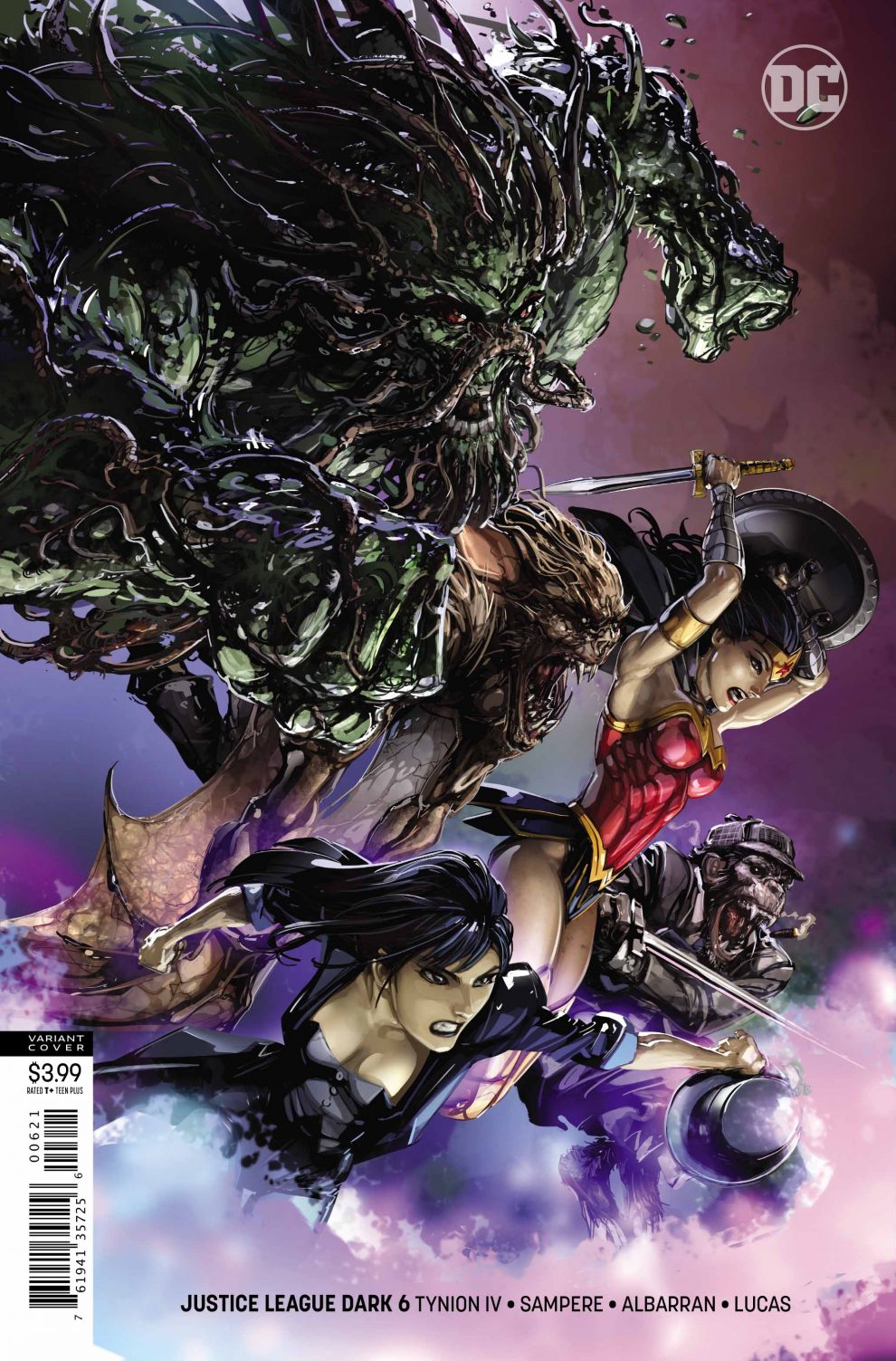 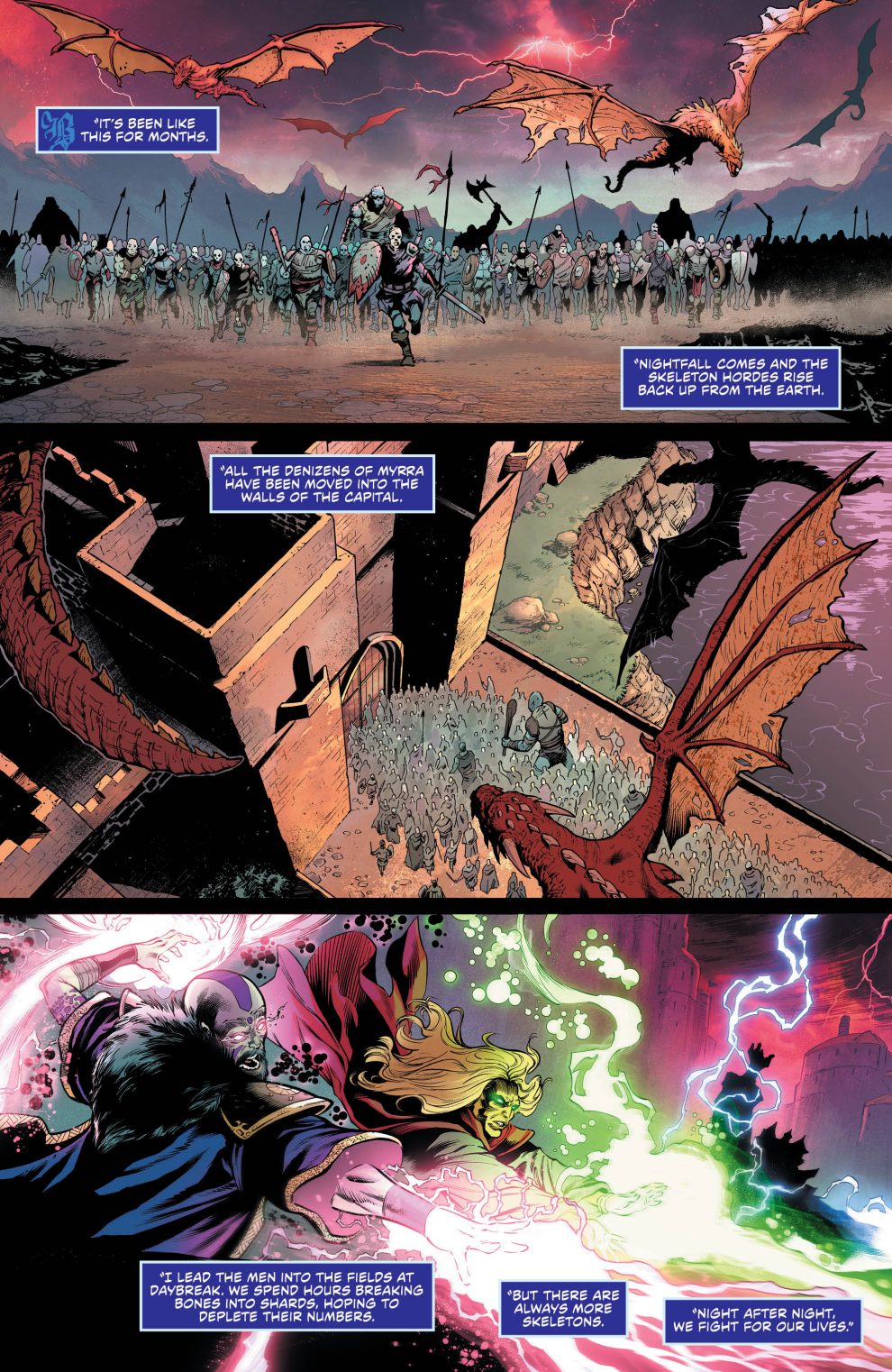 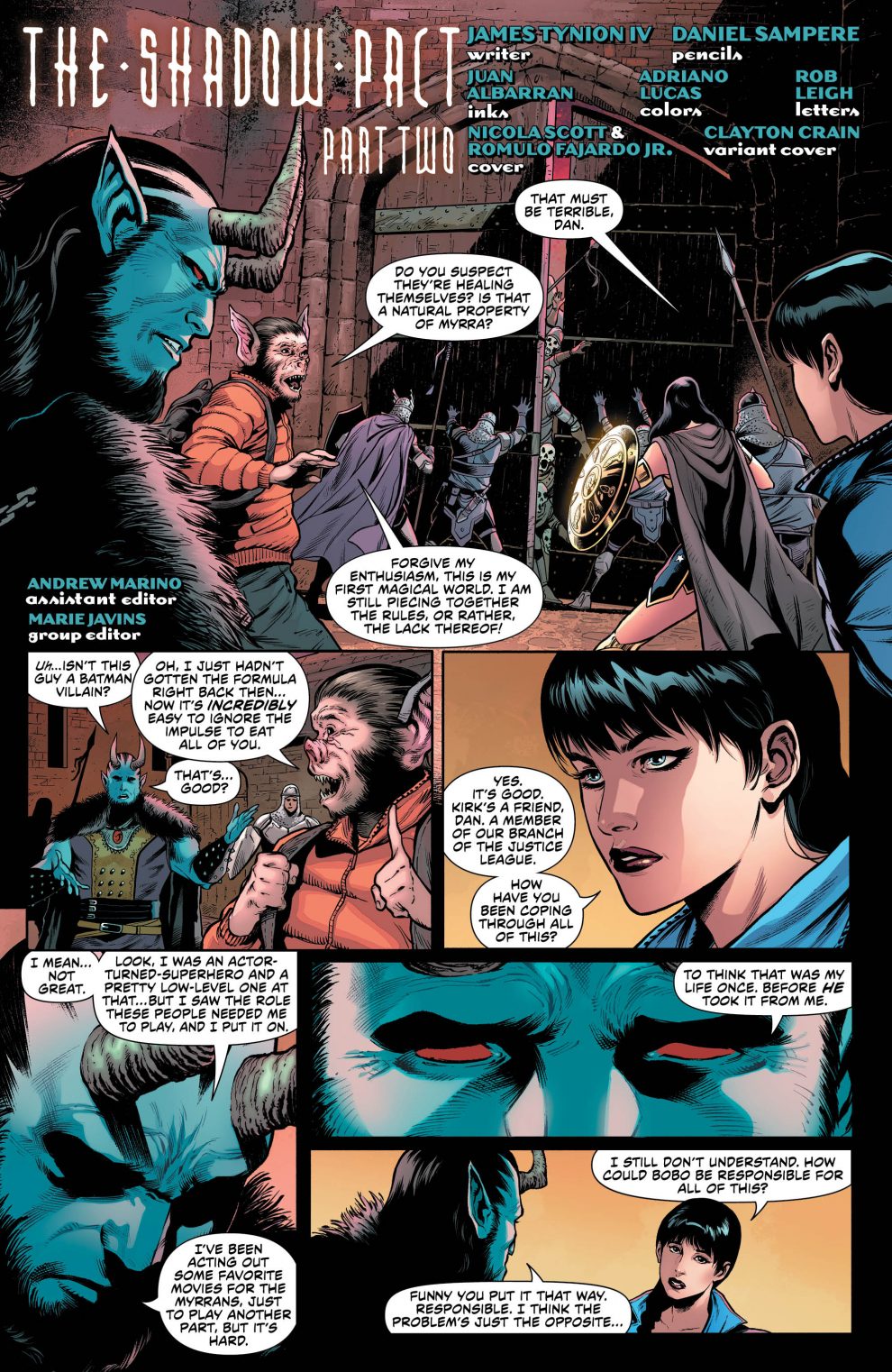 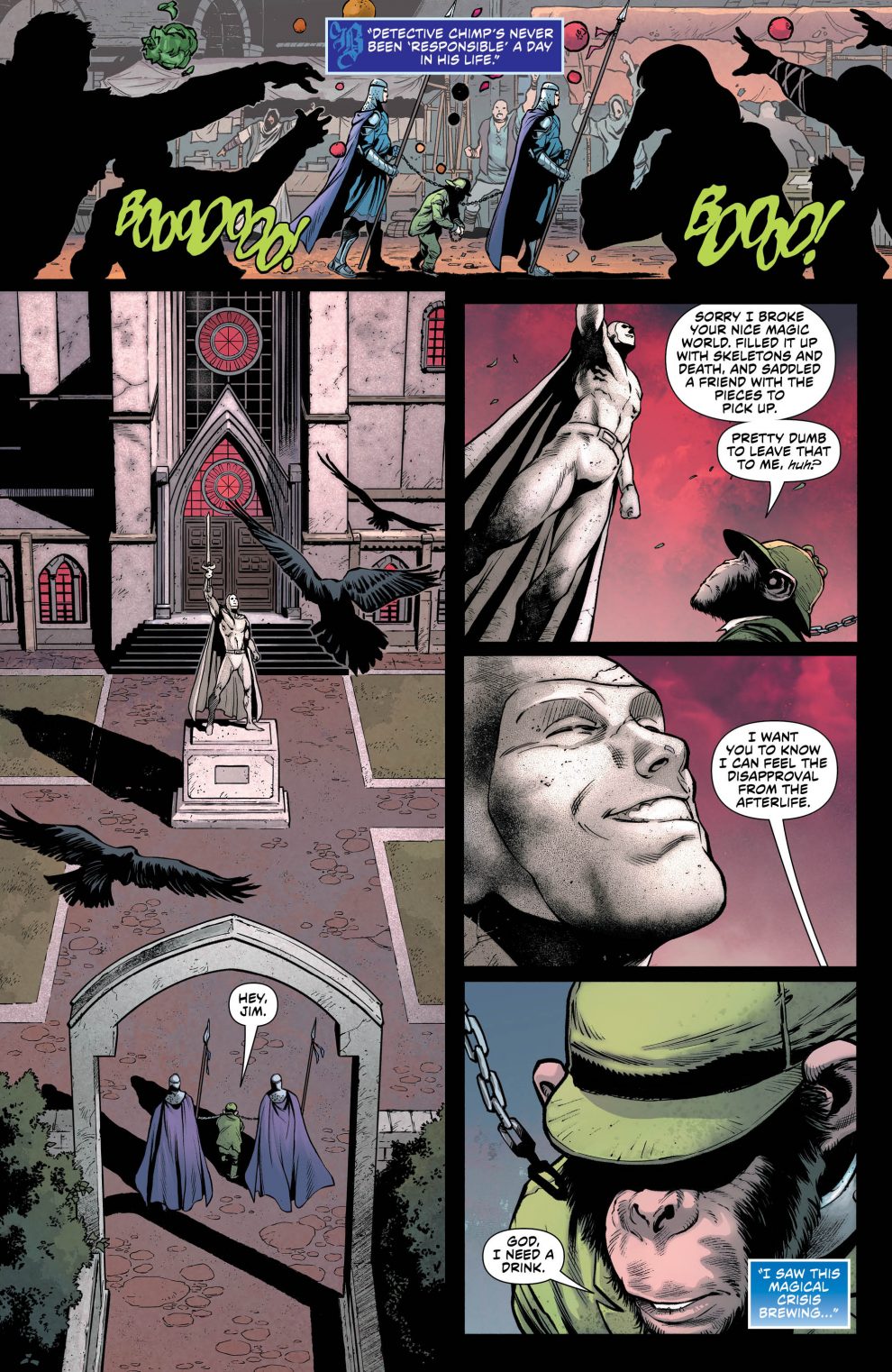 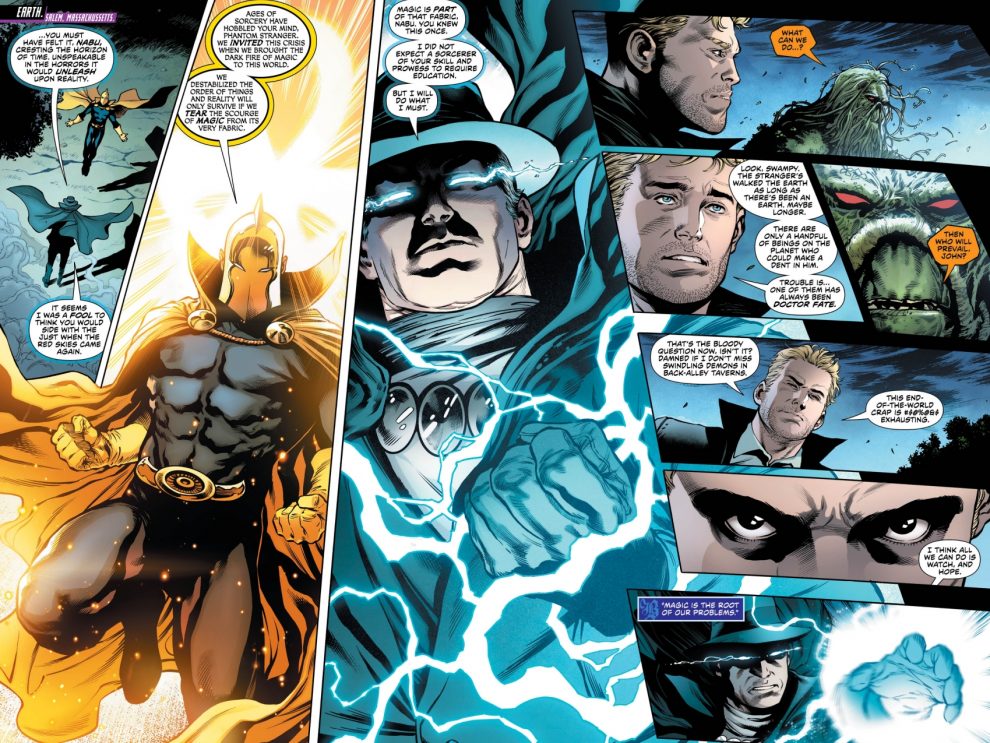 This series probably has the greatest potential of any mainstream comic-book out there. Why? It doesn’t have to conform to the rules. This comic can be a superhero title, sci-fi, visit different worlds, different times, alternate plains of existence… there are very few, if any, restrictions placed on the creative team. This lets them be, well… creative. These fine people can truly cut loose.

Sometimes I pick up a comic-book and it’s over in five minutes. Whilst some may complain that sometimes James Tynion writes too much, all I can say is, “That’s his job, folks!” I can always pick up one of his books knowing that I’m going to be engrossed for a while. I love reading, and the fact that we have at least one comics writer who goes all out and actually does a fair amount of writing makes me very happy.

Almost $4 for a five minute minute read makes some comics feel like a bit of a rip off. With a James Tynion comic I’m getting my money’s worth. I’d need to pick up 20 issues of some books to get a couple of hours worth of reading in, that would cost me $80! Comics cost more per hour to enjoy than blockbuster movies do!

The art in this issue is as magical as the writing. Even if there wasn’t as much dialogue the beautiful work of Daniel Sampere, Juan Albarran and Adriano Lucas would still have me bewitched. The level of detail, the action, the rainbow of magical colors. Check out the pages reproduced above but, seriously folks, this series is one that’s well worth shelling out a few bucks for.

The side of good continues taking casualties, as the forces of darkness grow ever more powerful. For six months now the League has fought back, gaining some small, but important victories. The question now is, how much longer can they carry on?

I’m definitely sticking around to find out… are you? 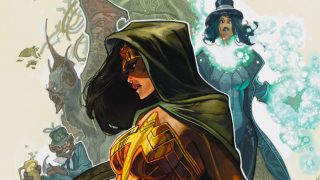 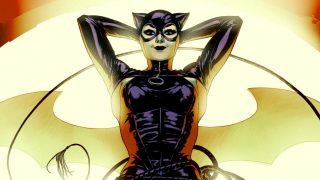