Inspired by the ruthless 1988 call-in for votes, DC Universe presents a poll 20 years later asking fans what the fate of the sweet-summer child, Jason Todd (played by Curran Walters), should be. It mimics the 1988 phone-in campaign. There had been rumors that the second Robin was not as beloved as the first, so fans favored the Joker winning and killing the second Robin in Batman: A Death In The Family. This was undoubtedly, one of Batman’s most painful moments.

In the 1988 poll, the options appeared on the back-cover of Batman #427, where fans could select one of two options: 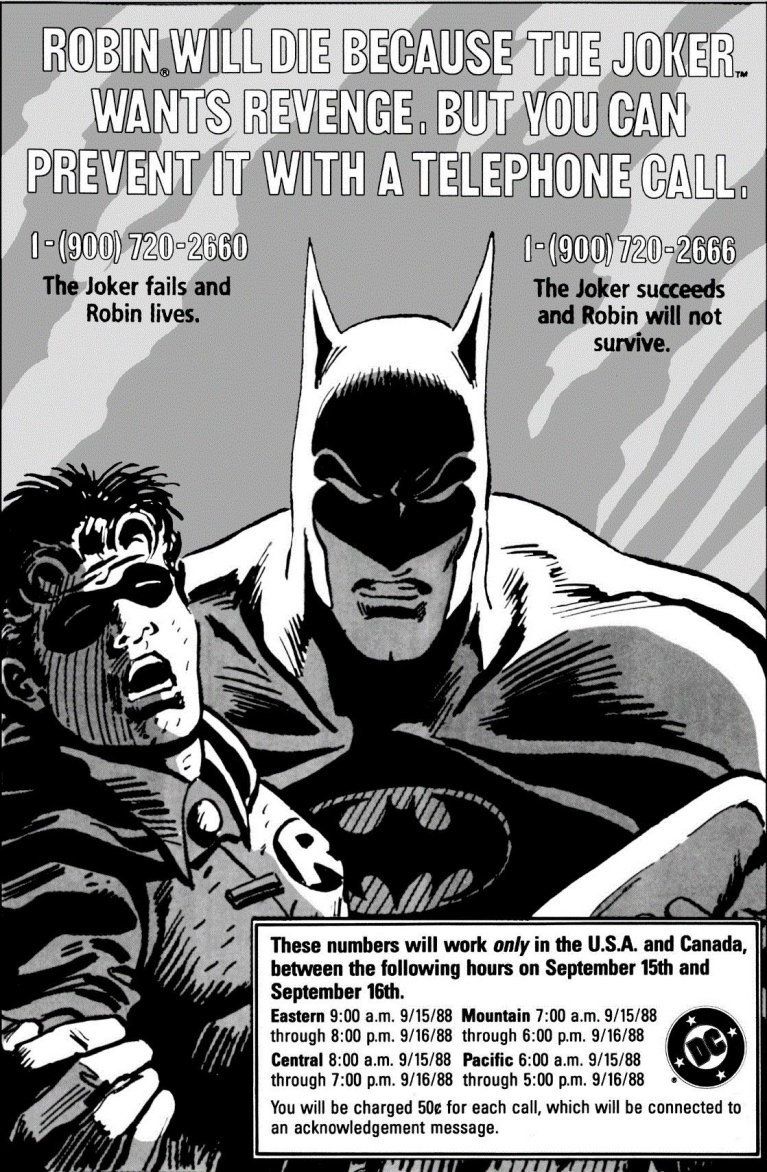 In Bruce Timm’s Under the Red Hood, which starred Jensen Ackles, I balled like a baby during the death scene. I’m not sure if my heart could take this brutal demise again, but what is Batman without pain? Do fans believe this death made him a better hero, or was it all in vain?

Back in 1988 the votes came in favor of Jason’s death, at 71% selecting the Red Button option. There are speculations that it was simply a few callers, as they didn’t have technology as advanced as today that could personally give an identifier with the votes. Many folks were not a fan of the little bird. There is an alternate comic book ending to this plot. A hardcover of DC Comics Classics Library featured the Batman: A Death in the Family collection. There is a pencilled artwork by the DC artist of Batman saving a battered and barely-breathing, but alive, Jason Todd from the rubble. Batman holds an excited look, finding his ward and young partner alive.

This is the first time we have a live-action Jason Todd. He carries a major fanbase, and it’s been surprising DC live-action has taken this long to bring him up. He’s an integral part of fandom lore. The Batkids are NOT the Batkids without their Jaybird. It’s a fantastic time to be a fan! Titans are doing a bang-up job, bringing all qualities of the lore to life. So, who will you vote? Is Robin in…or out?