Sideshow and Prime 1 Studio have proudly revealed an epic statue of Batman. This one is unique, as Batman statues where Bruce Wayne removes his cowl are exceptionally rare. Inspired and modelled after Christian Bale from the Dark Knight Trilogy, this 1:3 scale statue is remarkable in its detail. It has an interesting feature in that Batman’s cowl can be removed and placed back on! It also has interchangeable right and left hands. 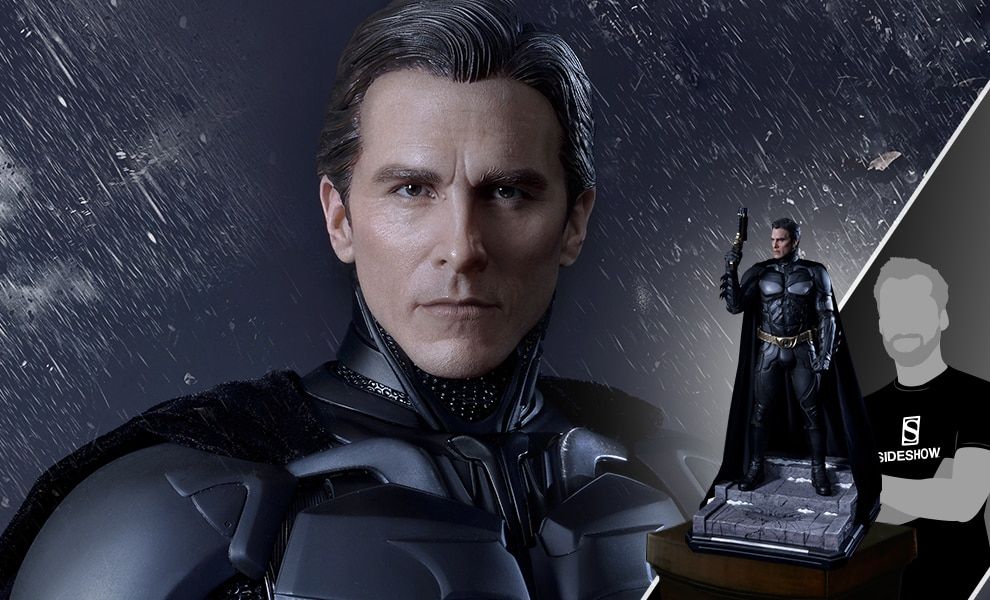 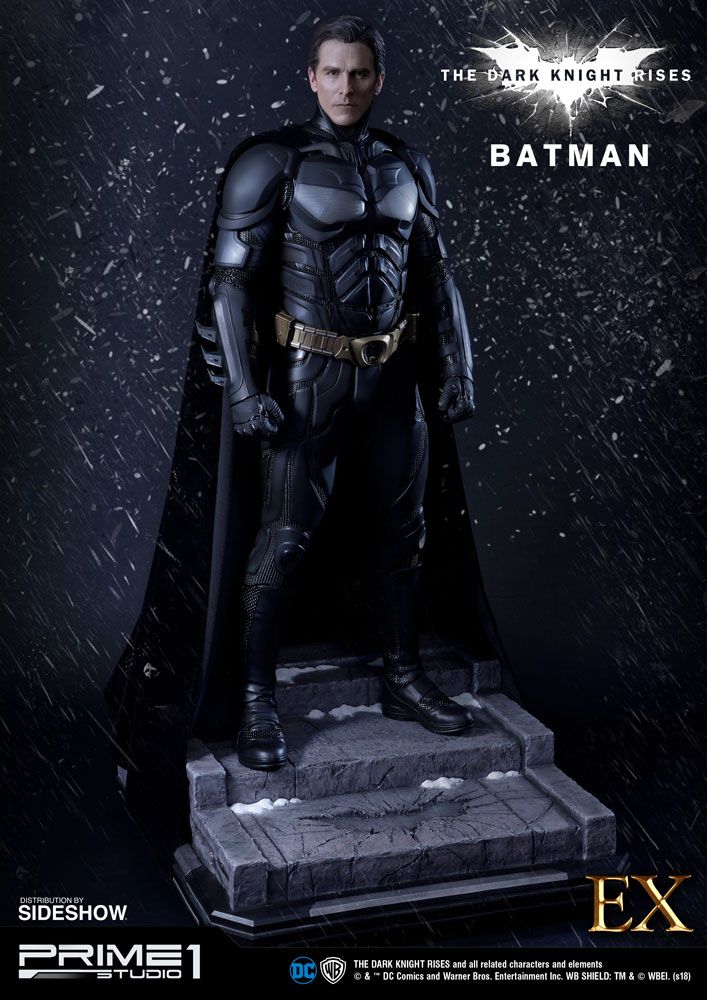 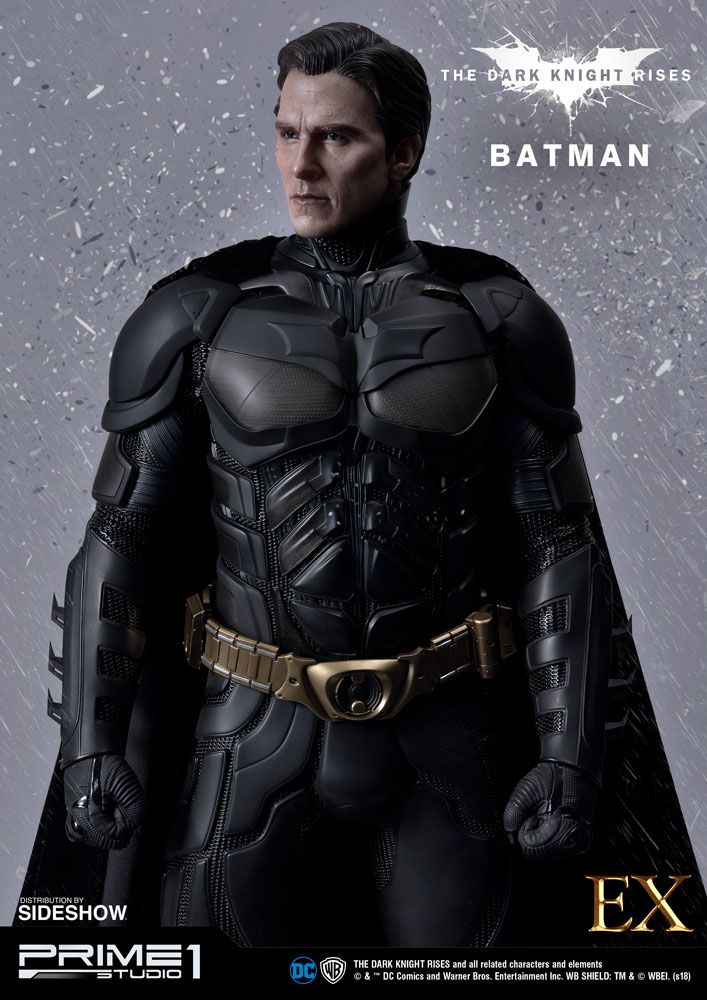 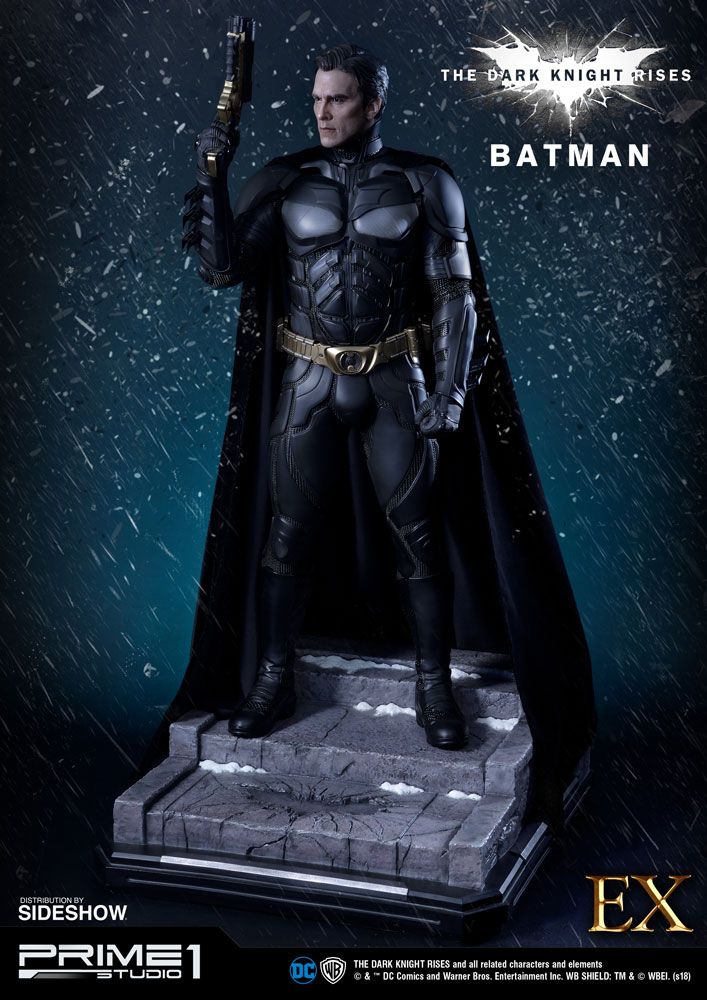 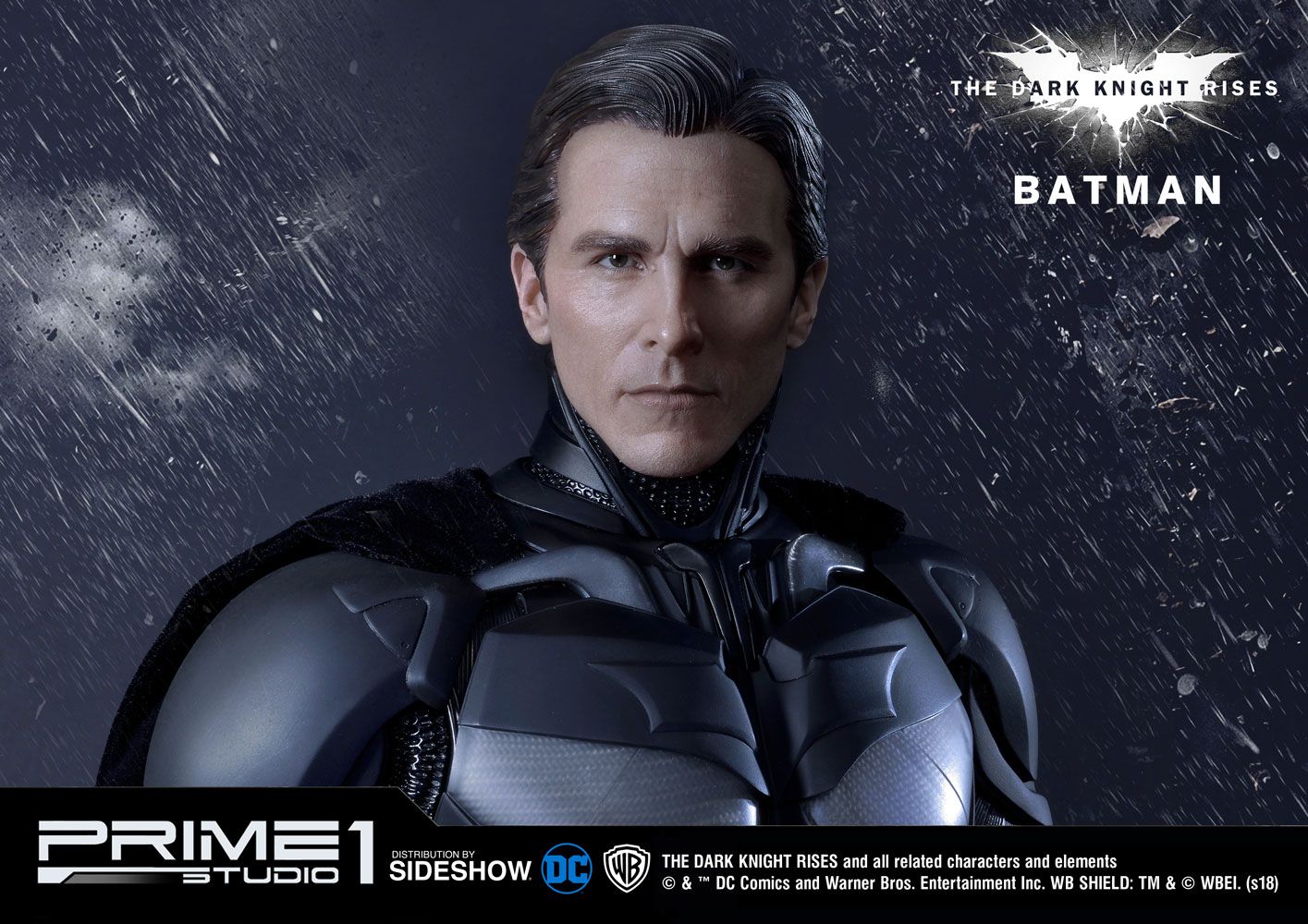 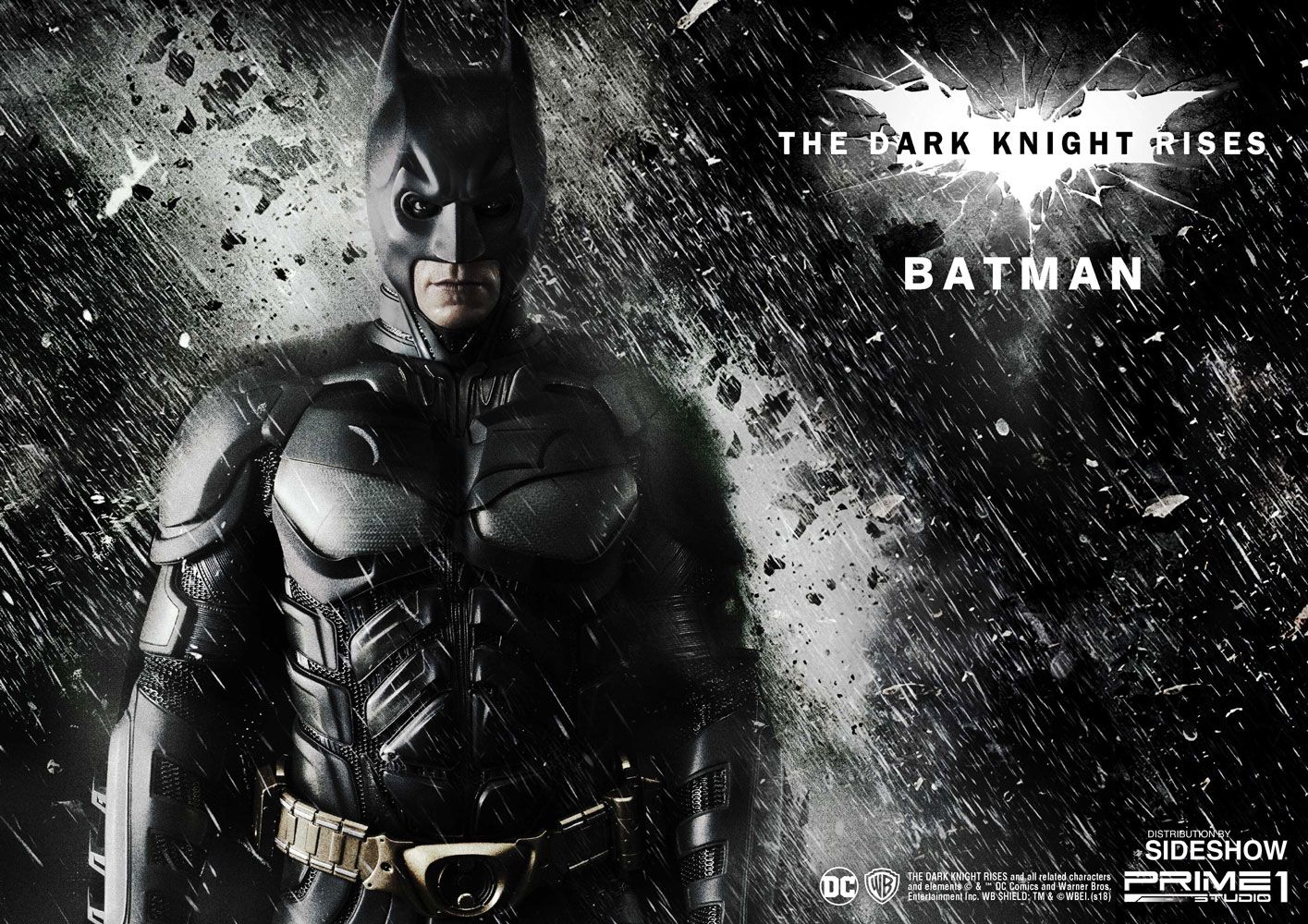 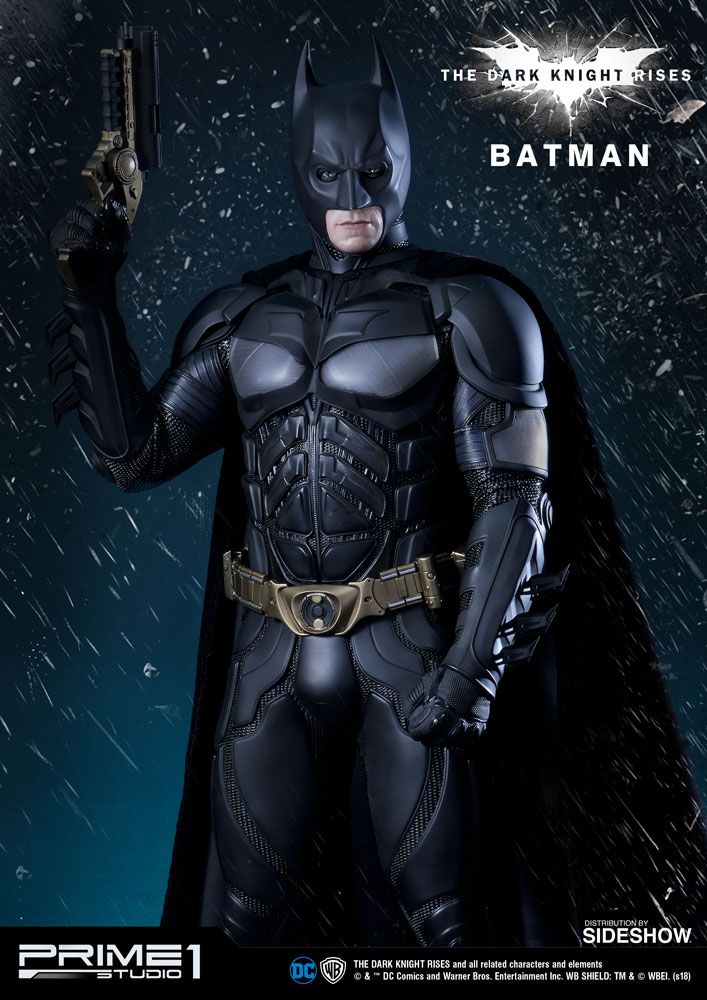 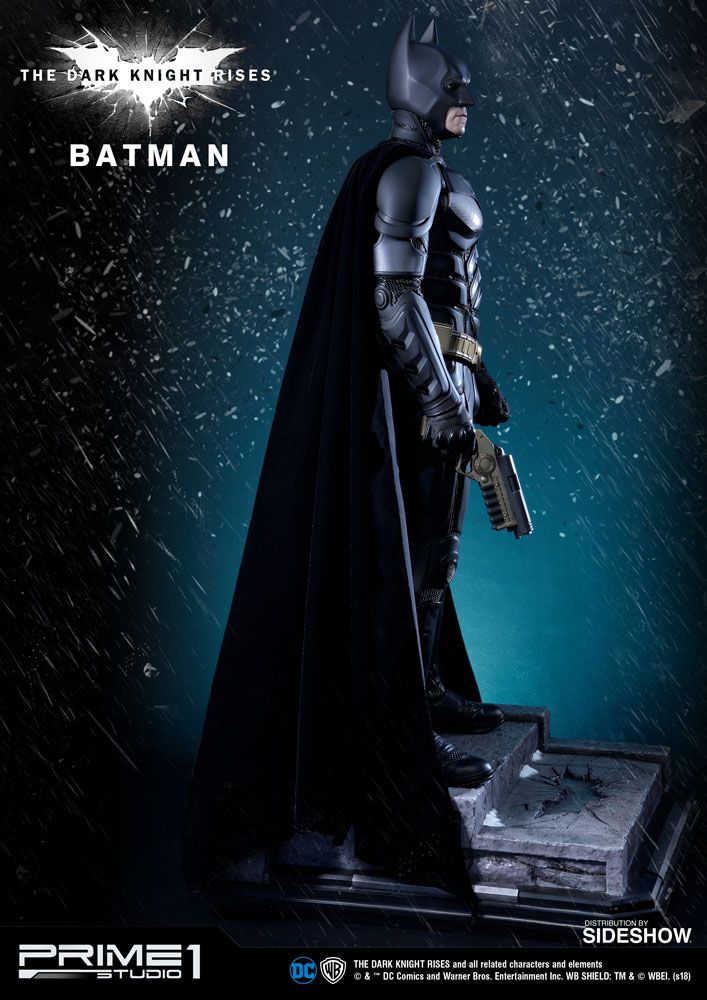 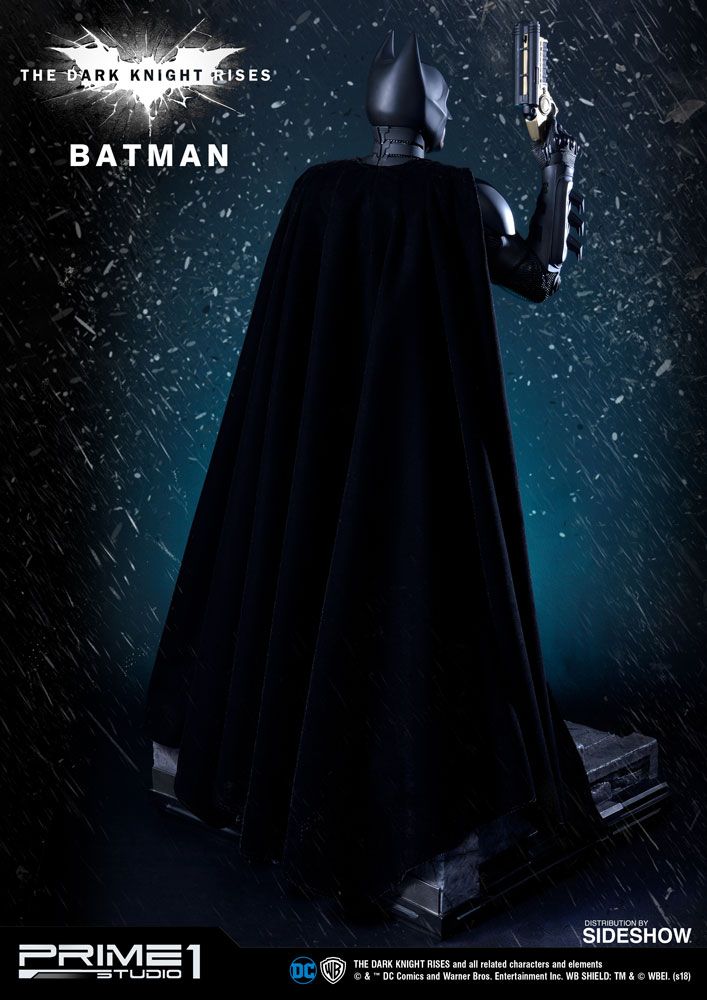 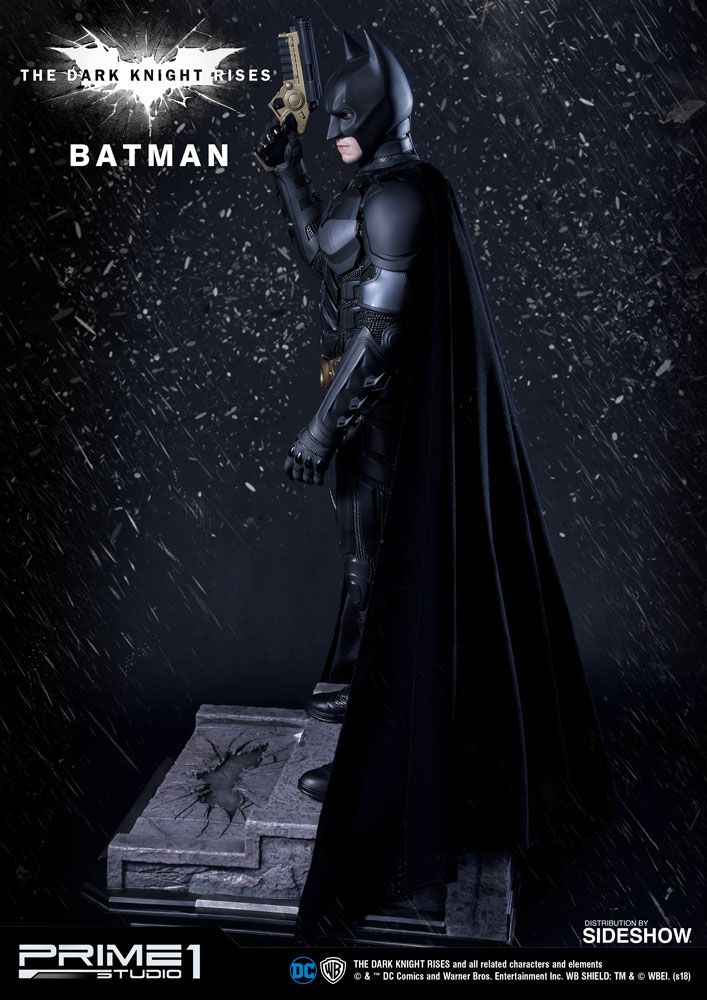 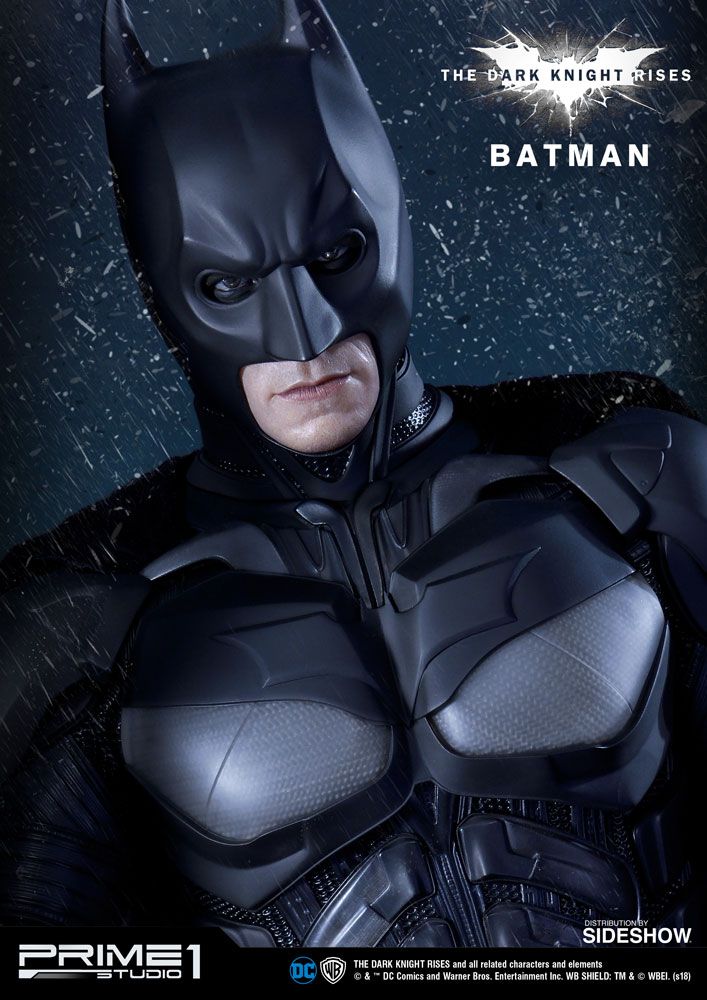 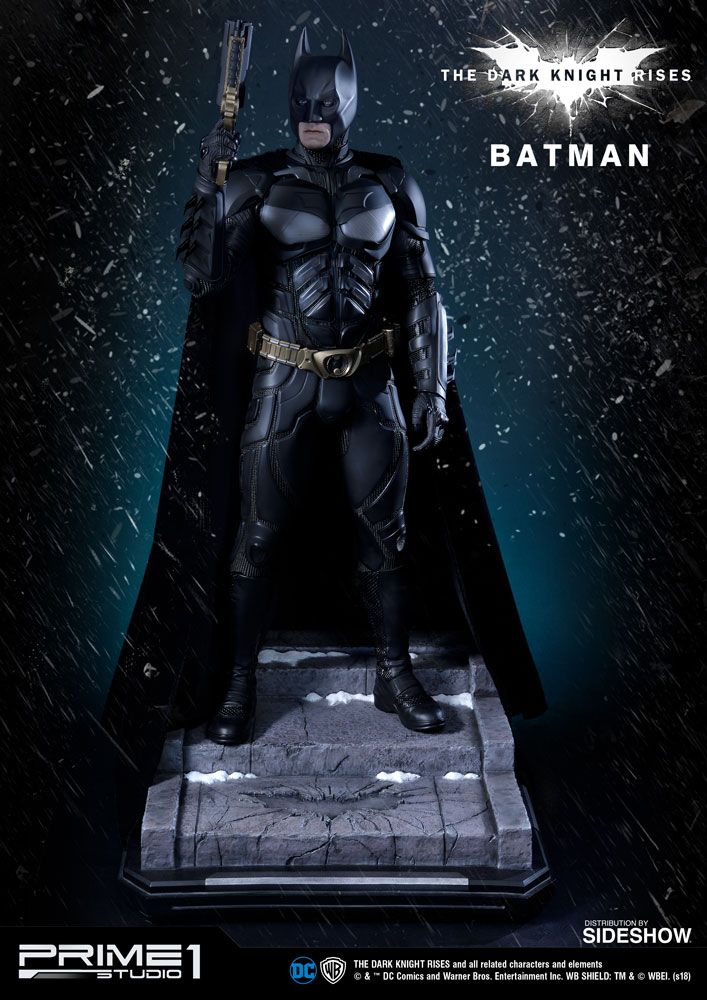 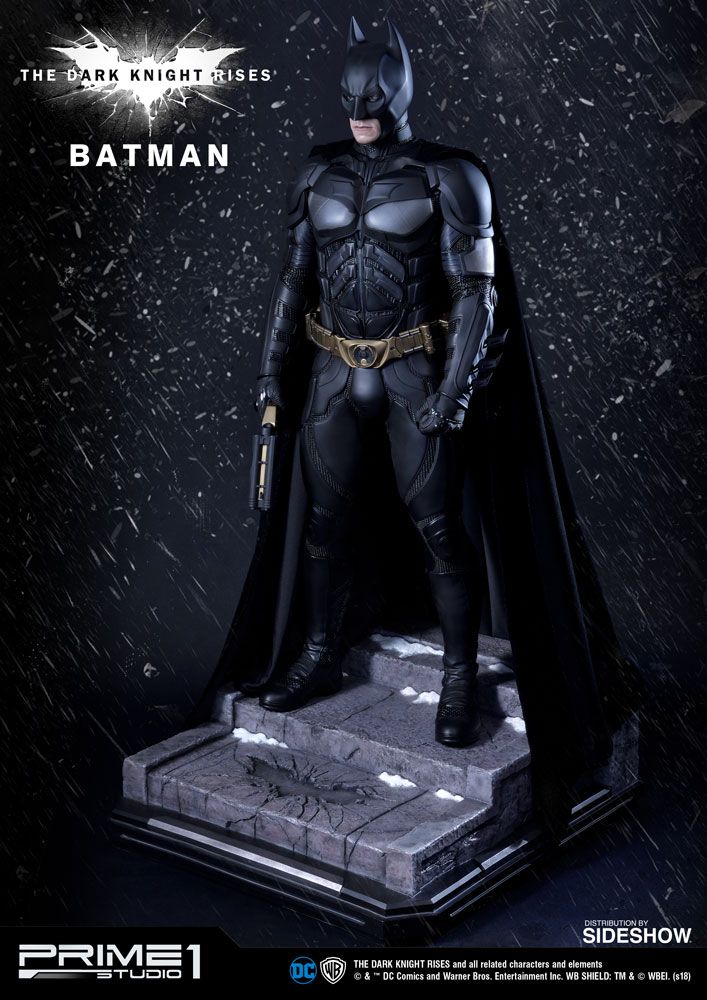 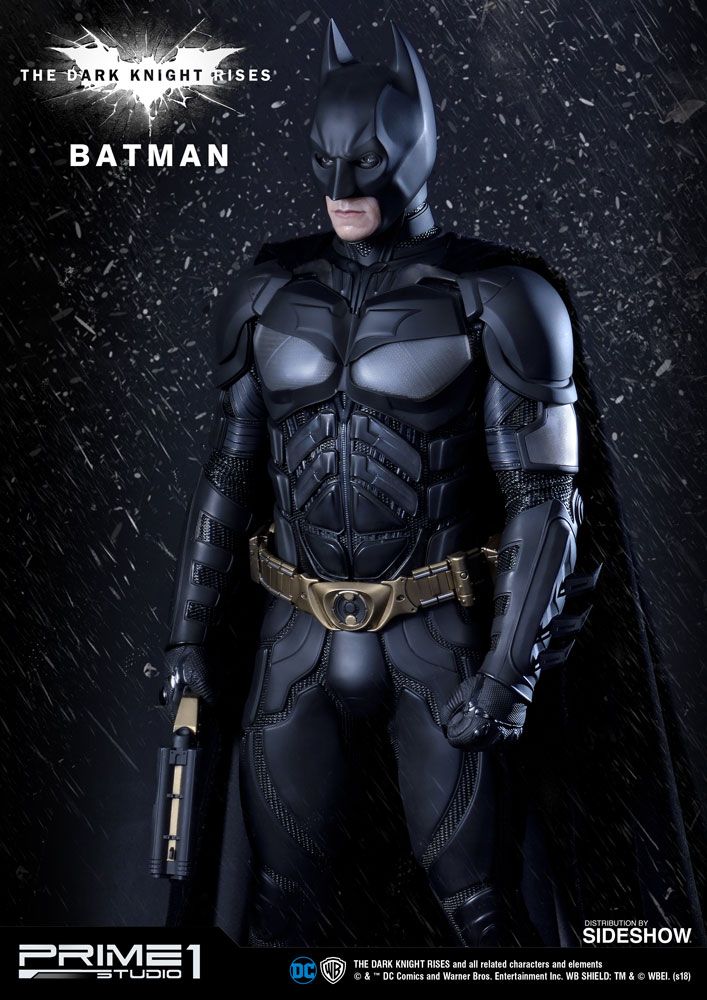 “A hero can be anyone, even a man doing something as simple and reassuring as putting a coat on a young boy’s shoulders to let him know that the world hadn’t ended.”

Sideshow and Prime 1 Studio are proud to present the 1:3 scale Batman from The Dark Knight Rises (Film). Bruce Wayne was the main protagonist of The Dark Knight Trilogy, described as a billionaire environment and military defence developer who witnessed his parent’s murder at age 8 and later travelled the world for seven years to seek the means to fight injustice, fear, and chaos before returning to Gotham City. Becoming Batman, a bat-masked vigilante hailed as the city’s “Dark Knight”, who dedicated himself to protecting it from its criminal underworld at night as a means to uphold justice, hope, and order.

Batman from The Dark Knights Rises (Film) is precisely sculpted with screen accurate detail, capturing Christian Bale as the silent guardian of Gotham City and stands approximately 33 inches tall on a base environment based on the final battle scene.

This is a must-have statue for all fans of Batman from The Dark Knight Rises!

The statue is priced at $1,099 USD. For more details on the item, follow the link here.

Ben McKenzie To Write The Final Wrap Episode Of ‘Gotham’