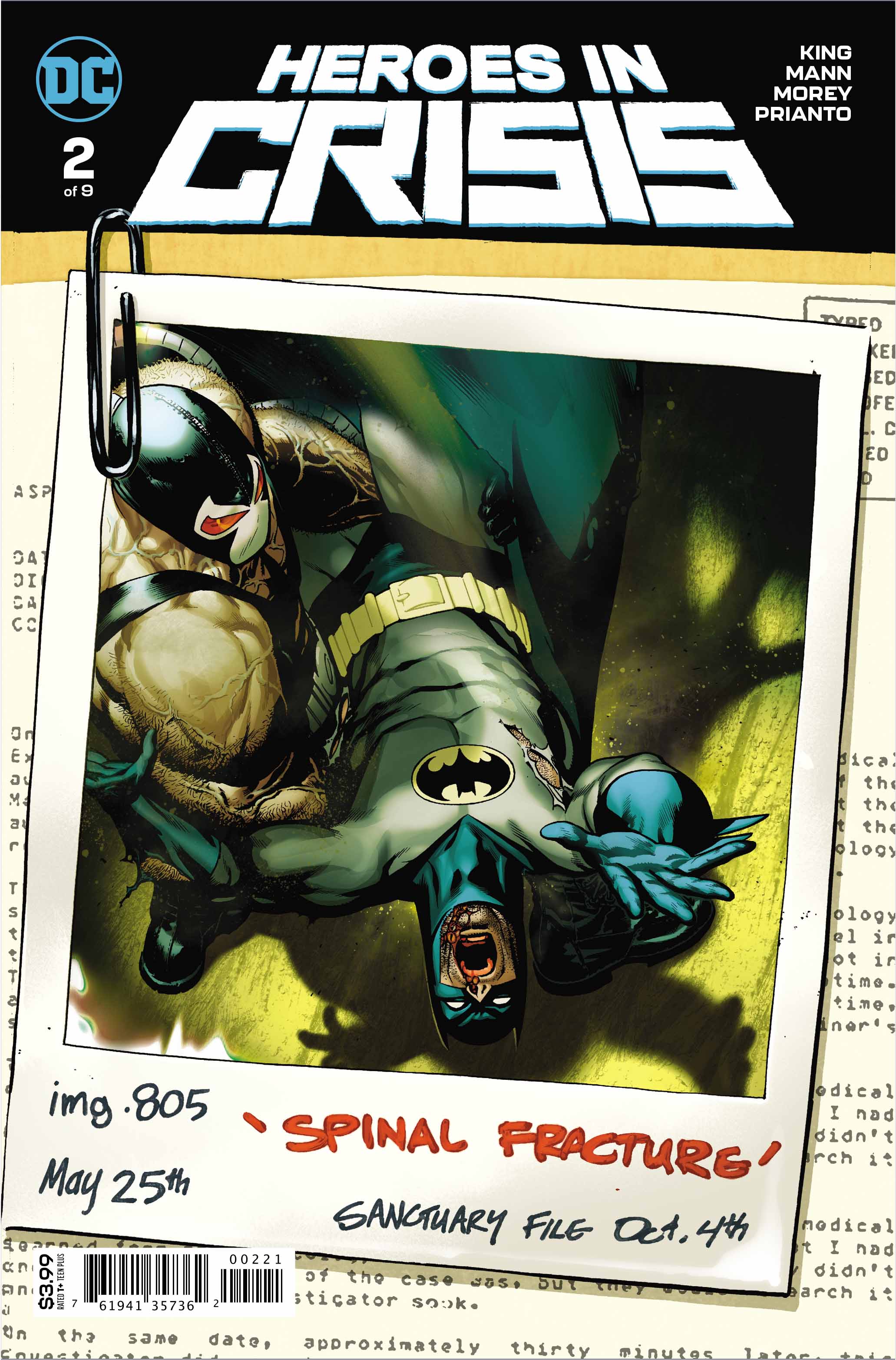 Sanctuary has been infiltrated and a number heroes have been brutally murdered. Harley Quinn has attacked Booster Gold, blaming him for these tragic deaths. Did he do it? In this second chapter of Heroes In Crisis, we get one step closer to discovering the truth.

I had to go away, make myself a cup of tea and gather my thoughts after reading this issue.

Heroes are dead… some of them old favorites. The greatest trio in the history of comics are confessing their pain, and opening themselves up emotionally. This issue is gut churning, enthralling, and heartbreaking. This single comic book has asked the questions about our heroes that have always been hammering to break out of the back of my head. In fact, Tom King has handed them Harley’s trademark mallet and told them to go crazy.

Now, Harley Quinn has always been a bit of a conundrum for me. I’ve always found her to be either cooky, adorable, hilarious, weak… or just plain annoying. Within two issues King has shown her to be layered, deep, real… and more than a little terrifying. Booster Gold has always been a character that I could take or leave, depending on who was writing him. Once again, Tom King has changed all that in a very short space of time. 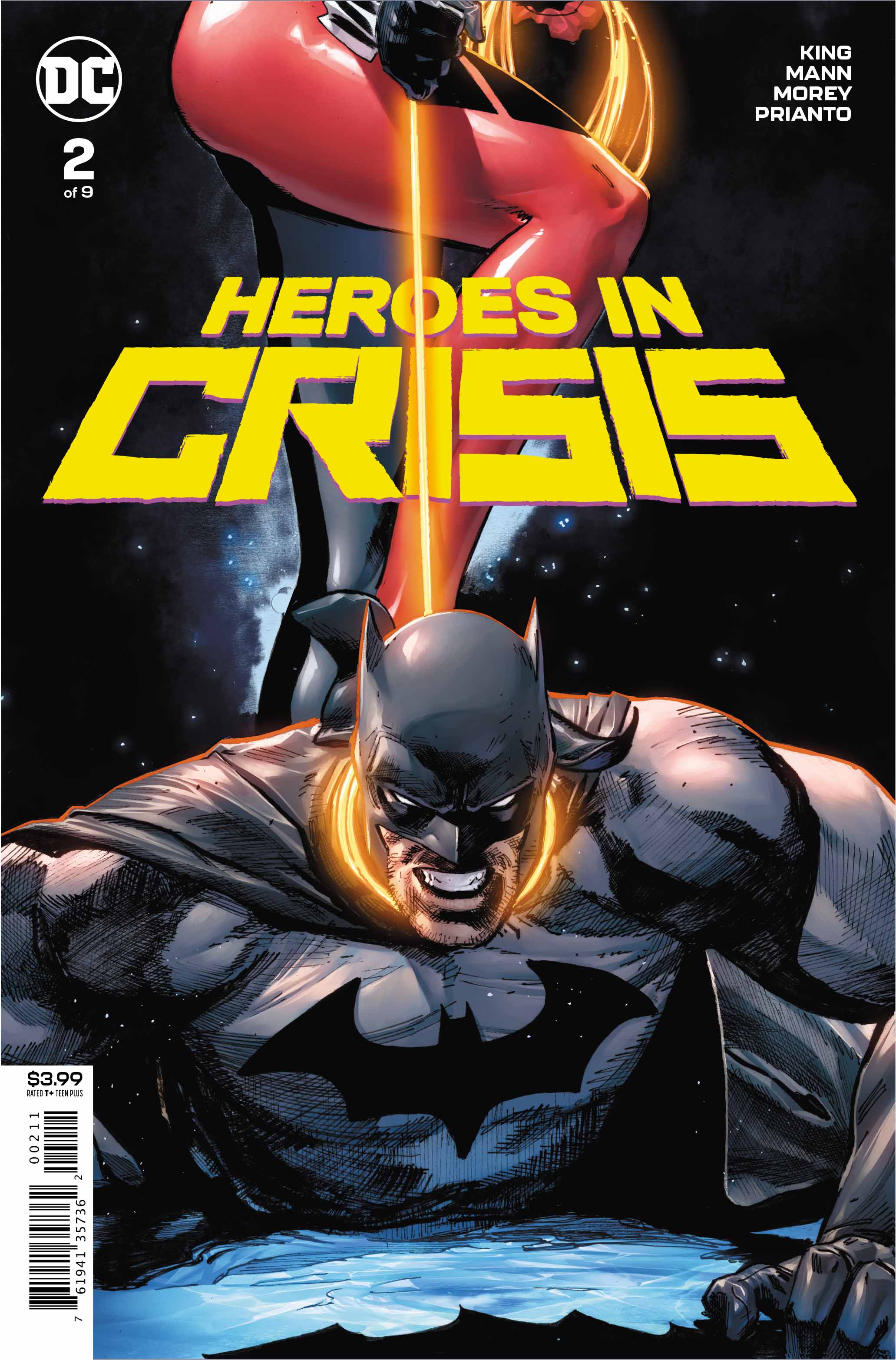 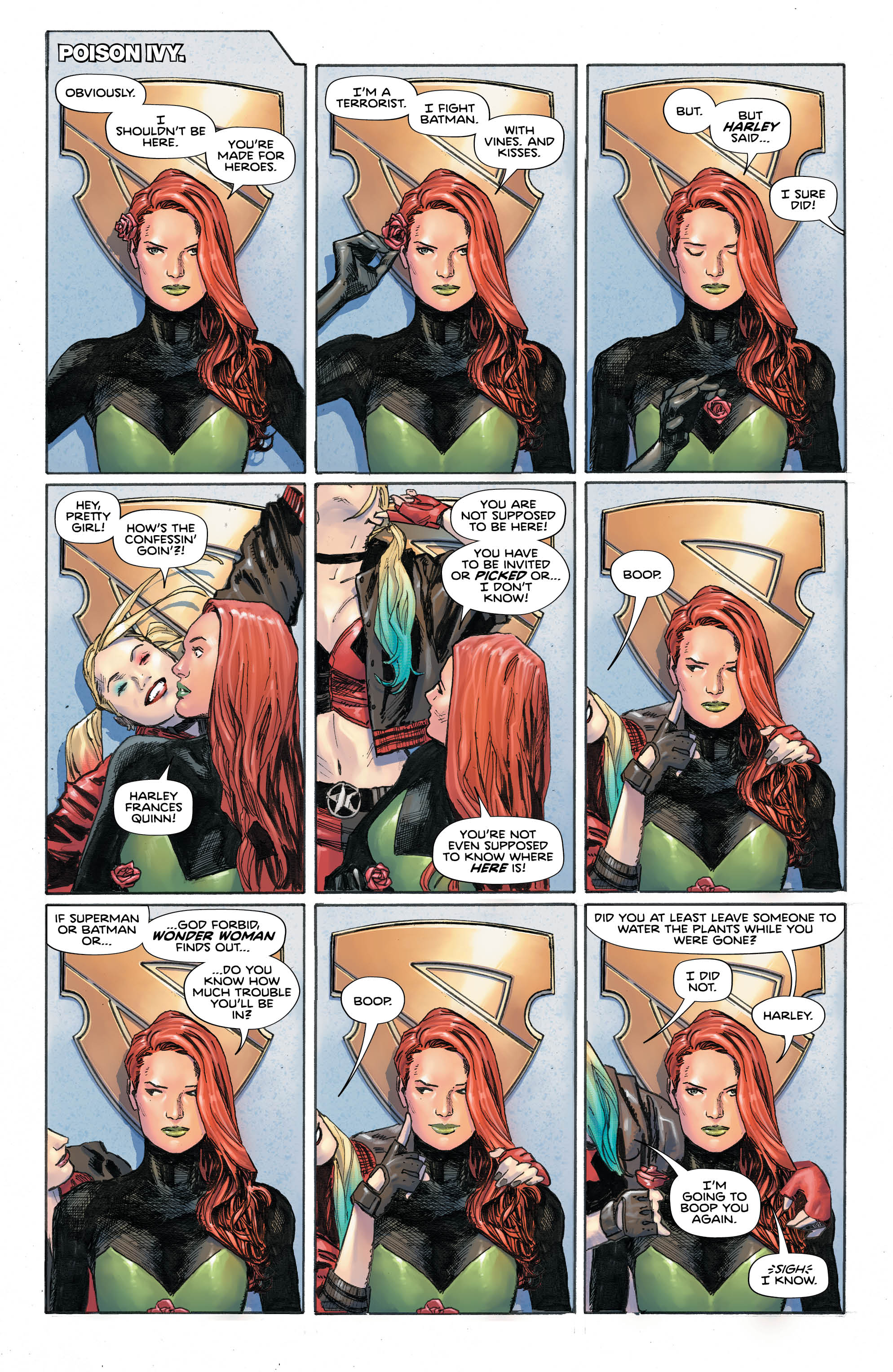 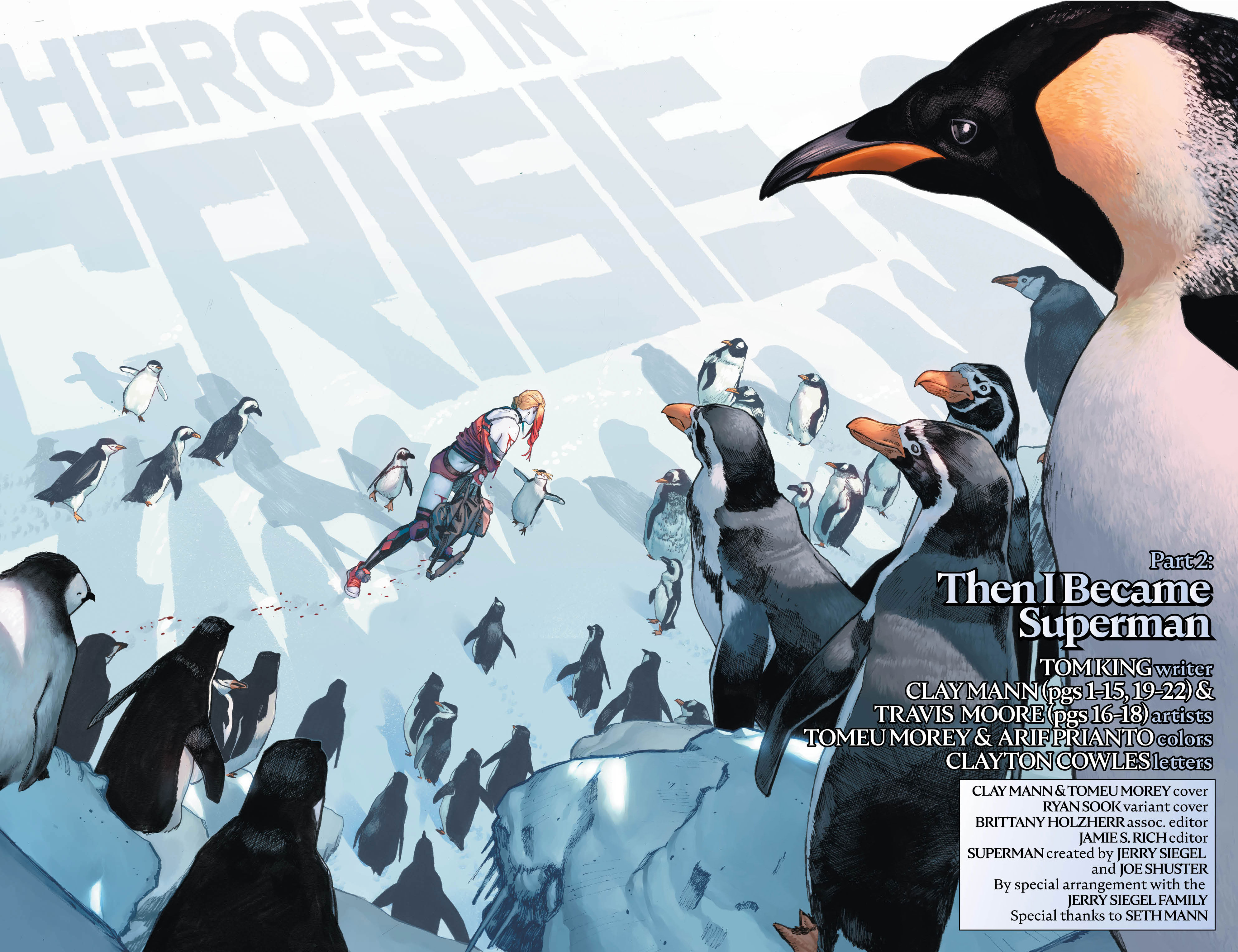 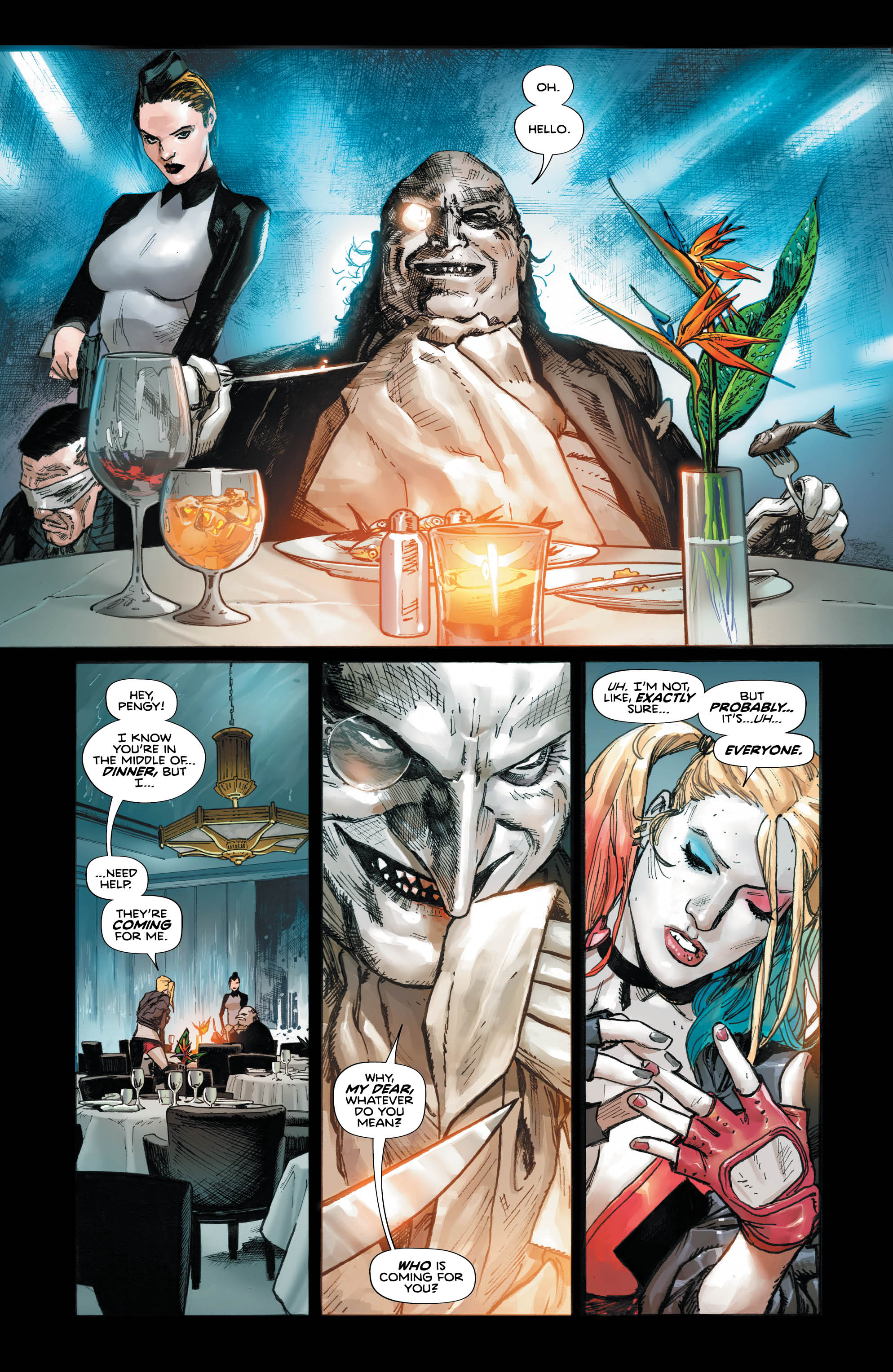 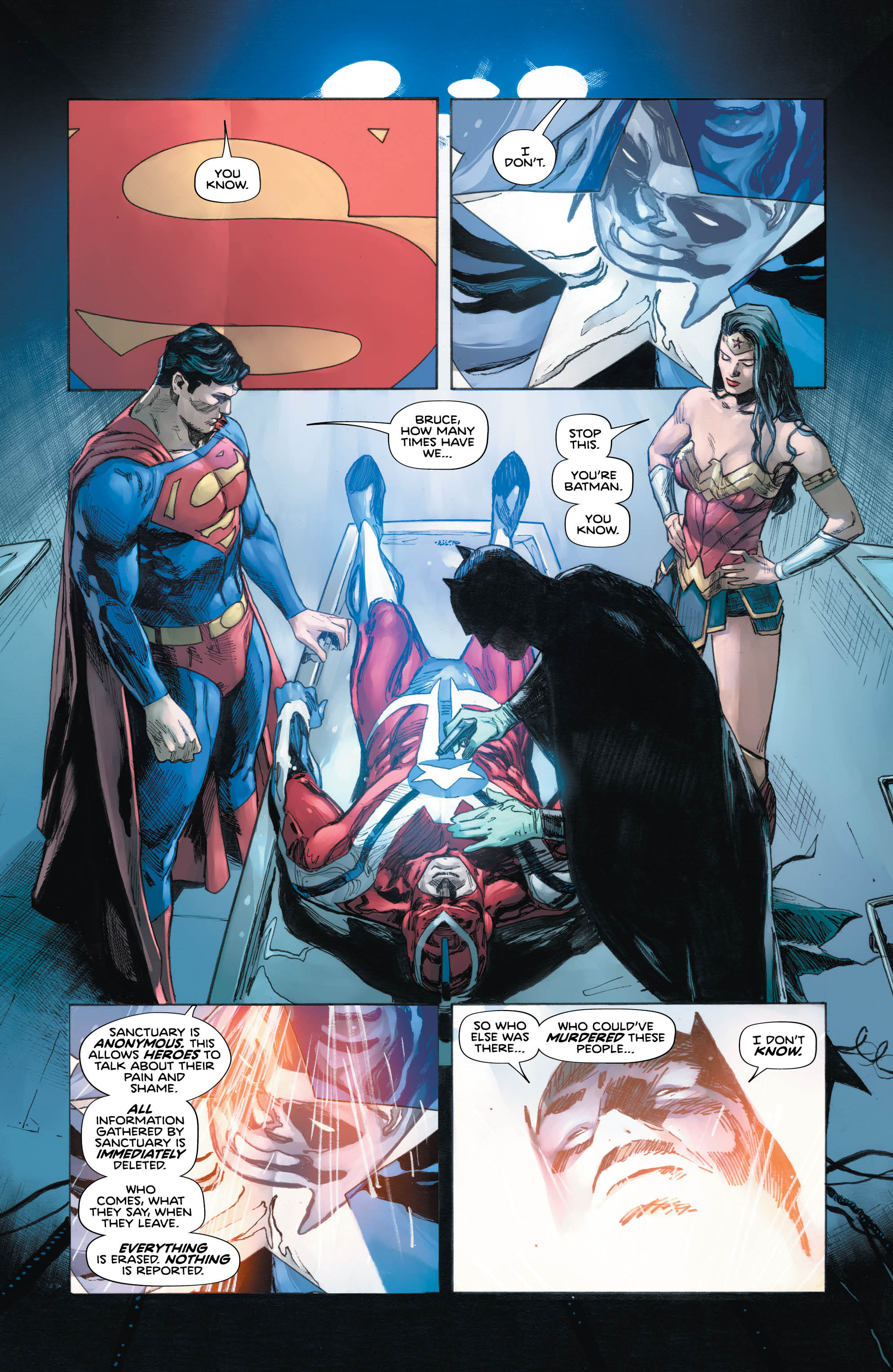 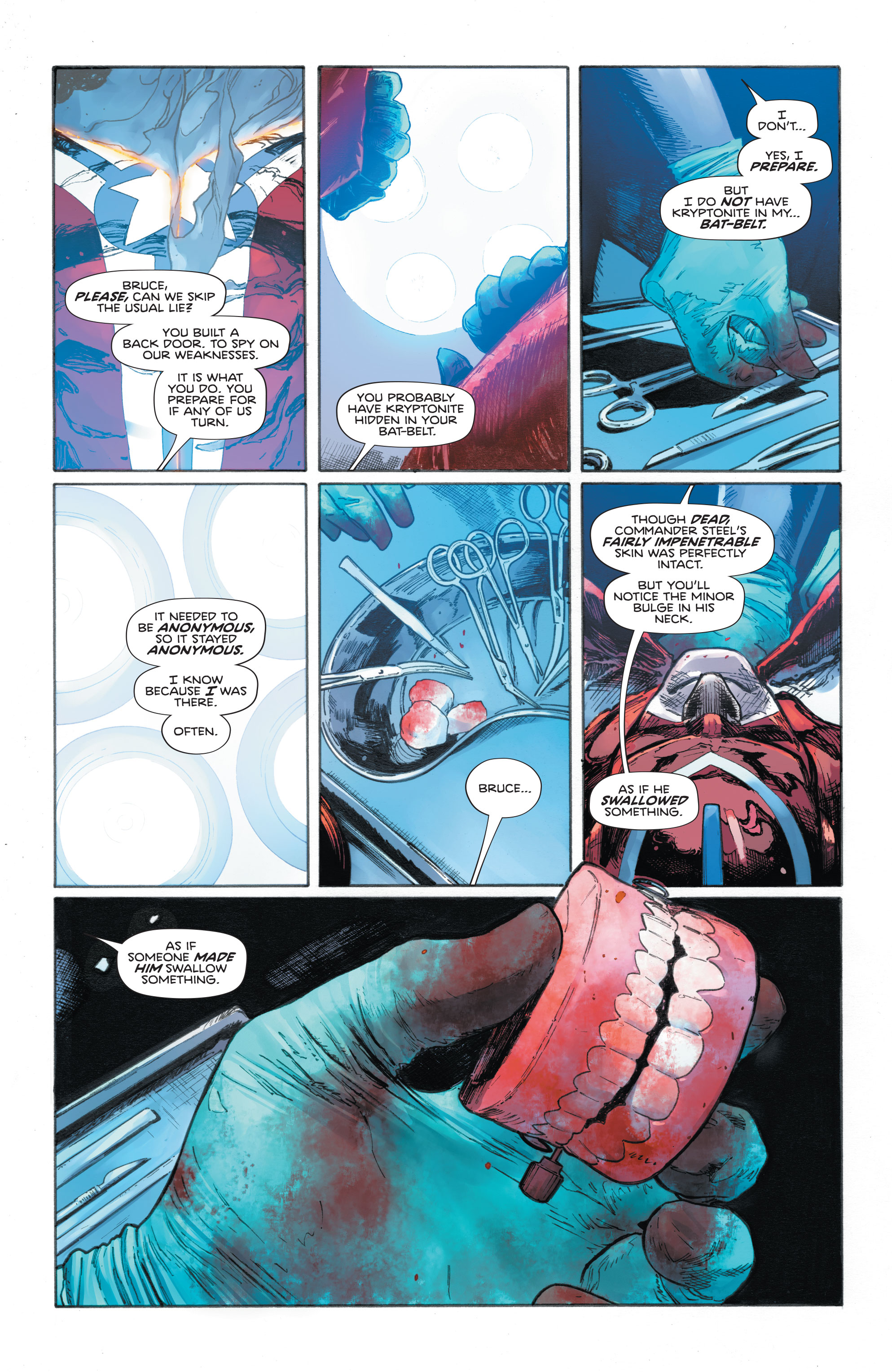 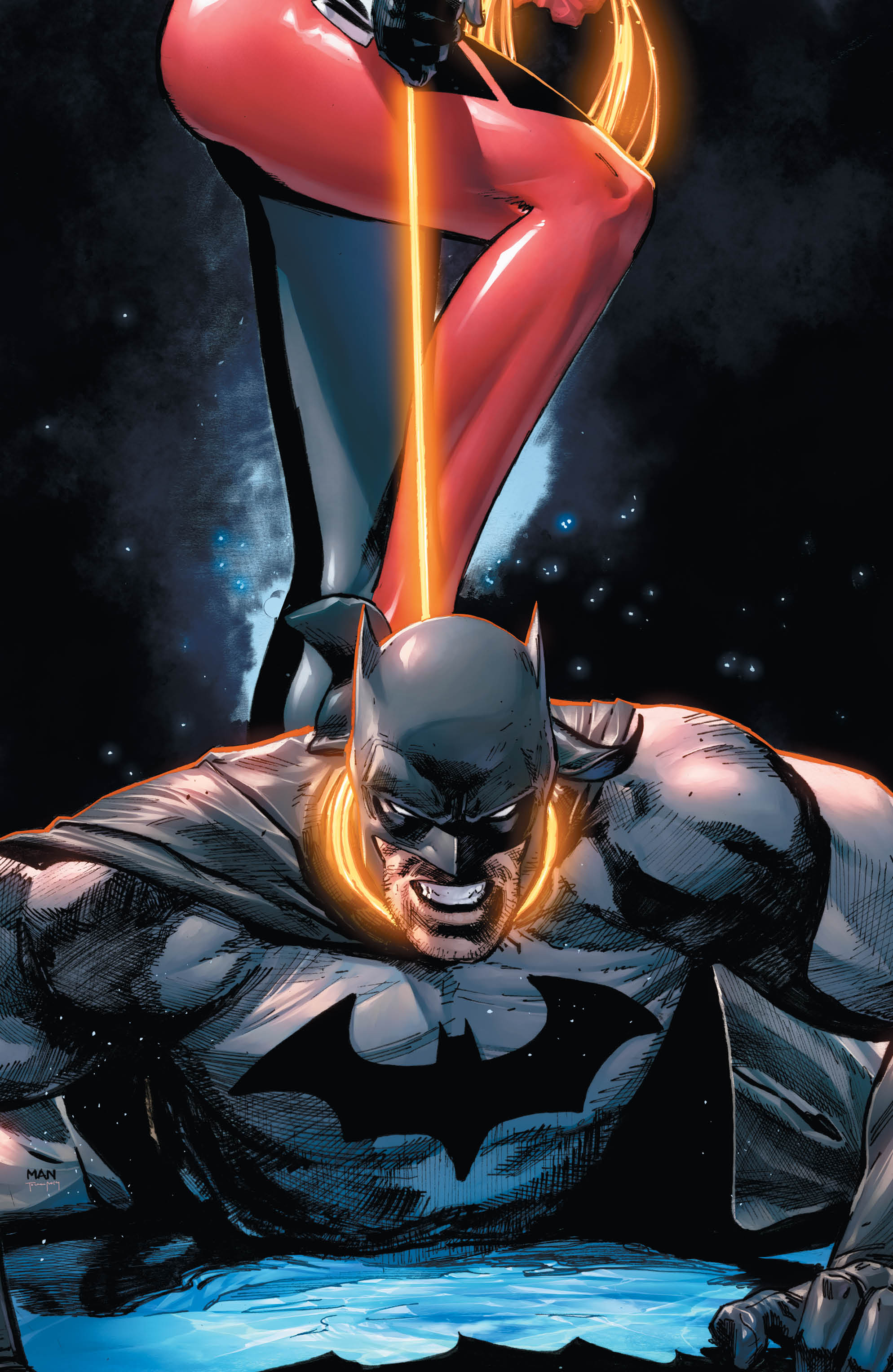 I said in my review for issue #1 that we needed a comic that showed the real, emotional toll taken on characters living the superhero lifestyle. I don’t know if I was fully prepared for the result. What I thought was a throwaway, fun story with Booster Gold in the issues leading up to Batman #50 (“The Gift” in issues 45 – 47) has proven to be much, much more. The last page of that story saw a broken, and emotionally scarred Booster Gold. Back in the day, that’s where the story would have ended. With Tom King, however, the repercussions have proven far reaching, long lasting and – most importantly – unnervingly realistic.

The art in the issue is very, very good. I have to say though, not quite as good as in issue #1. Don’t get me wrong, it’s all lovely to look at, but the style clash is strong. I would have loved for the whole issue to be done by either Clay Mann or Travis Moore. Having the art change from one to the other, and then back again, broke the flow of the story.

The star of this show, though was definitely Tom King’s script.

This comic knocked my socks off. The confessions from Batman, Wonder Woman and Superman were incredibly deep. Booster Gold and Harley Quinn were enthralling.