Usually, dear readers, there would be a few pieces I would show you from Sideshow Collectibles, but for this article there is one piece in particular, an exclusive so big, I believe it deserves its own article. The piece is the Arkham Knight Flashpoint Batman Statue.

For those who may not know, Arkham Knight is a game from Rocksteady Studios that came out in 2015 and focused on Batman as he confronts Scarecrow, who has launched an attack on Gotham City, causing a citywide evacuation.

Scarecrow, with the help of the mysterious Arkham Knight, is also able to unite Batman’s greatest foes in an attempt to finally destroy the Caped Crusader.

This game was the fourth installment in the series and one of the costumes that you could get exclusively with preorder download was the Thomas Wayne version of Batman from the Flashpoint saga.

Flashpoint was an enormous crossover event in the comicsverse of the DCU, it led to the launch of New 52 back in 2011. For these purposes we will discuss Thomas Wayne’s part a bit in Flashpoint as that is what this statue depicts in absolute stunning detail.

Flashpoint gave us the ultimate answer to Bat fans biggest wish, what a Batman with no moral code and guns would look like. Flashpoint gave us the alternate timeline where, instead of Thomas and Martha Wayne perishing sadly at Joe Chill’s hands, Bruce does. We watch as the mindsets of both of his parents go in separate directions, his Father taking the mantle of Batman. Martha, after seeing Joe Chill die at her husband’s hands literally, disfigures her face and takes on this universe’s mantle of Joker.

While at the end of everything we see Thomas being instrumental in saving the timeline by helping Barry Allen fix things, we also see a side of Batman that many haven’t. Thomas not only kills criminals but uses guns, something we would NEVER see in Bruce’s hands. 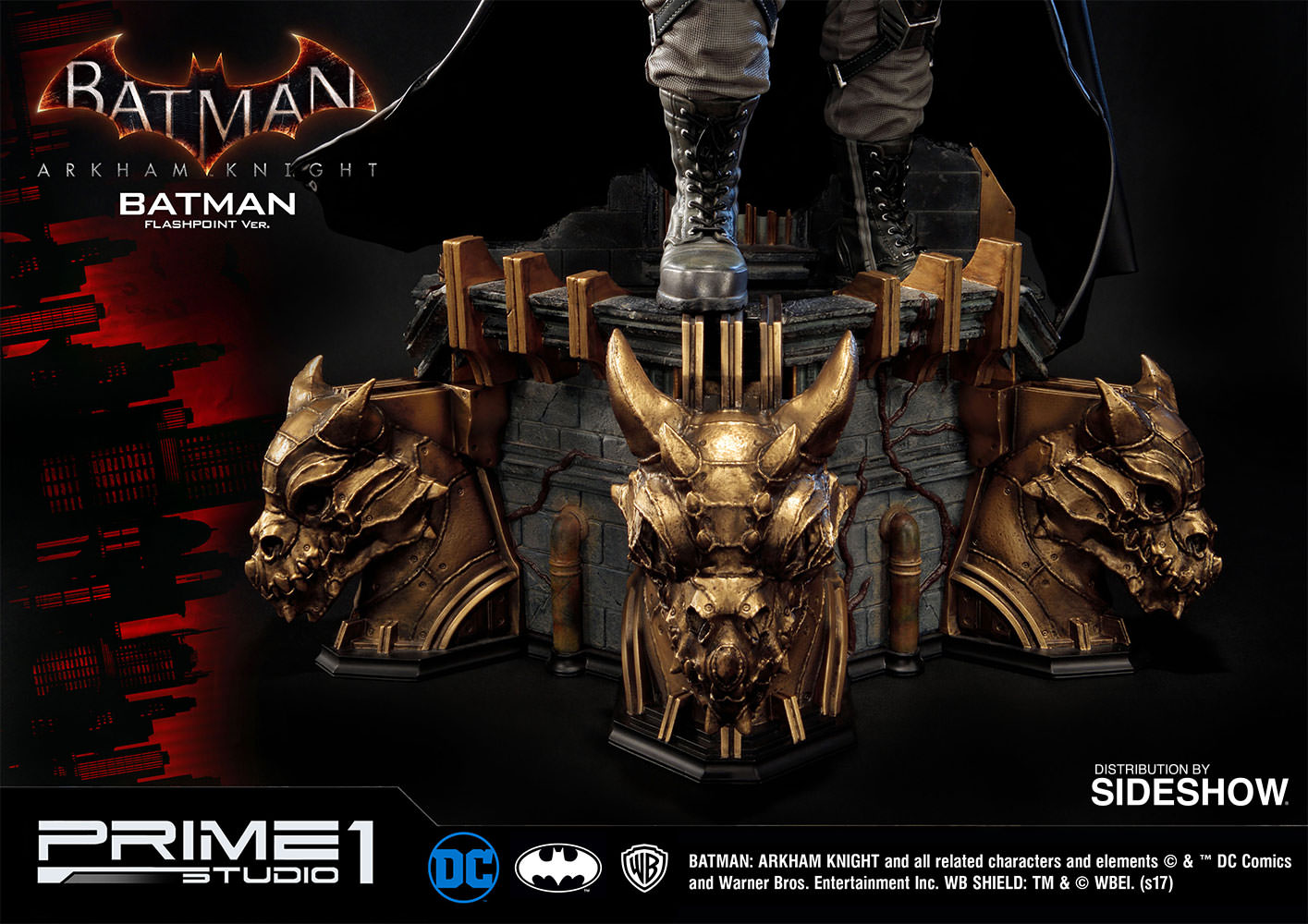 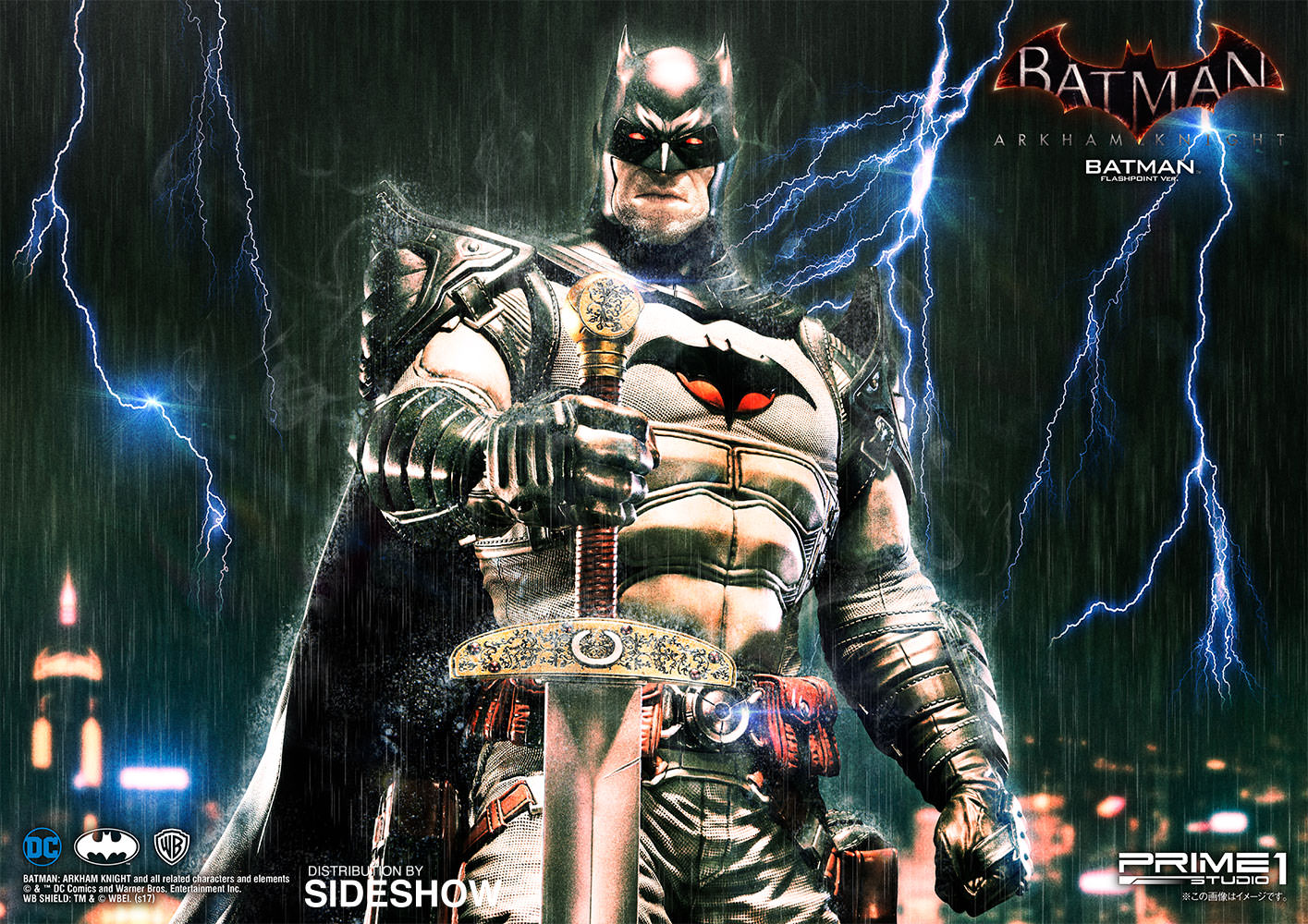 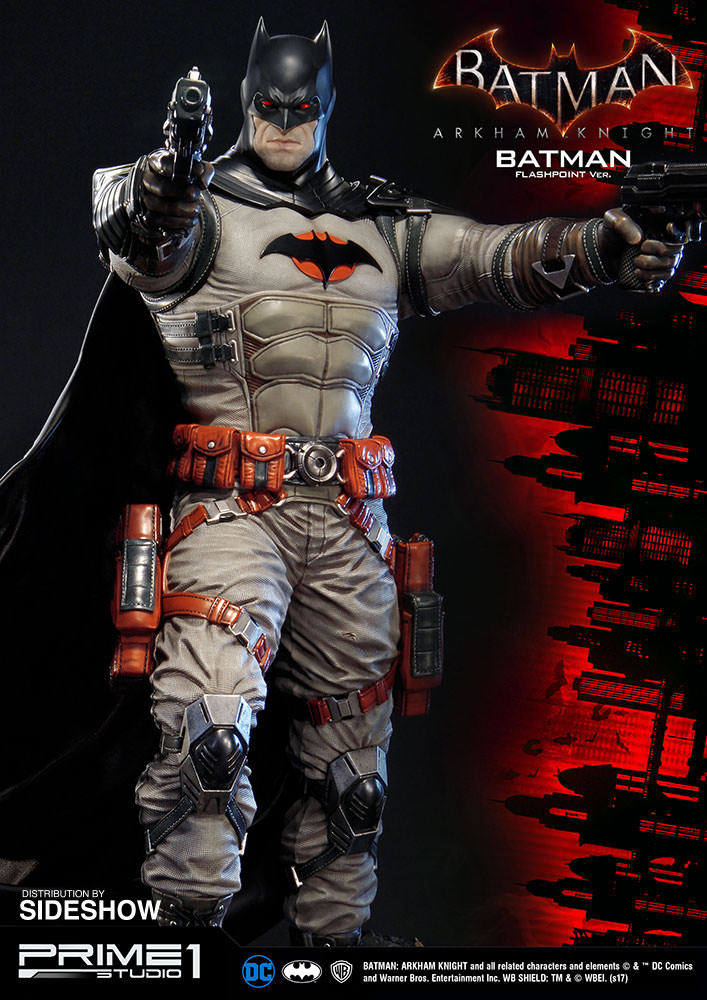 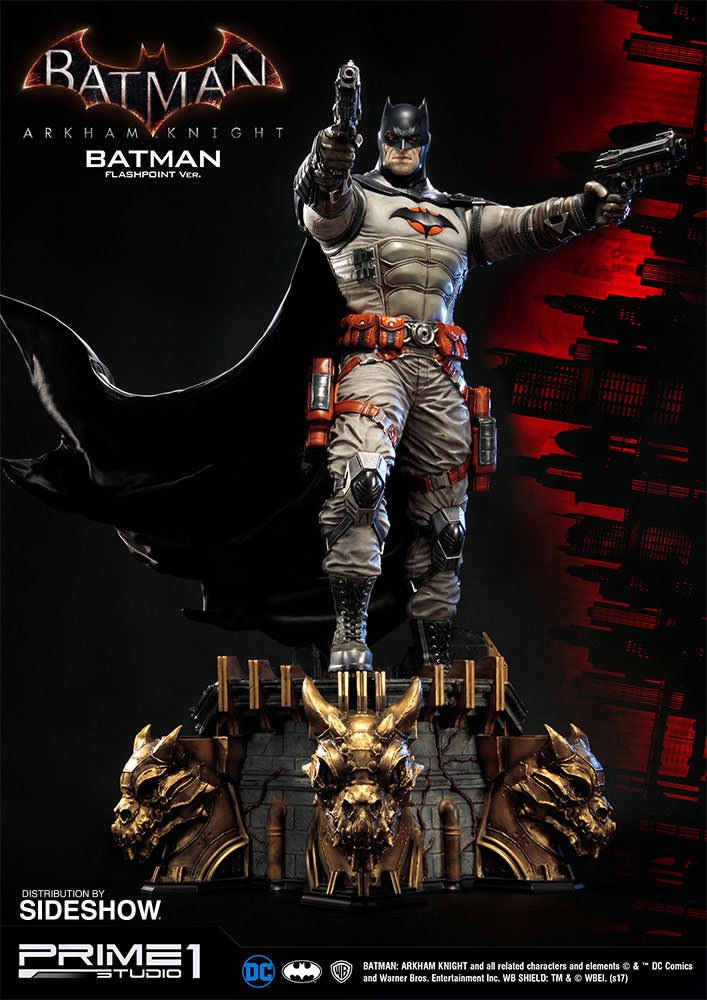 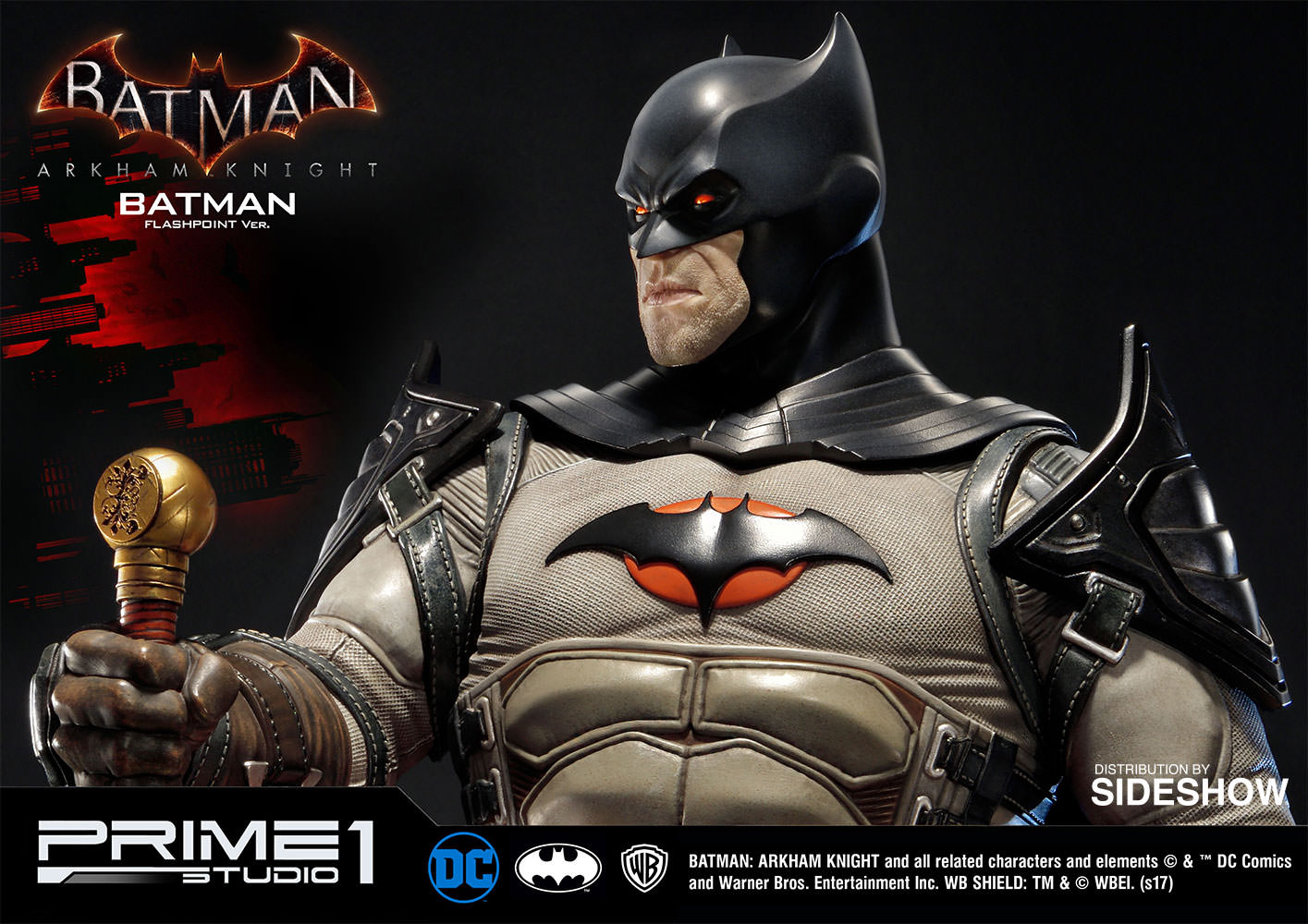 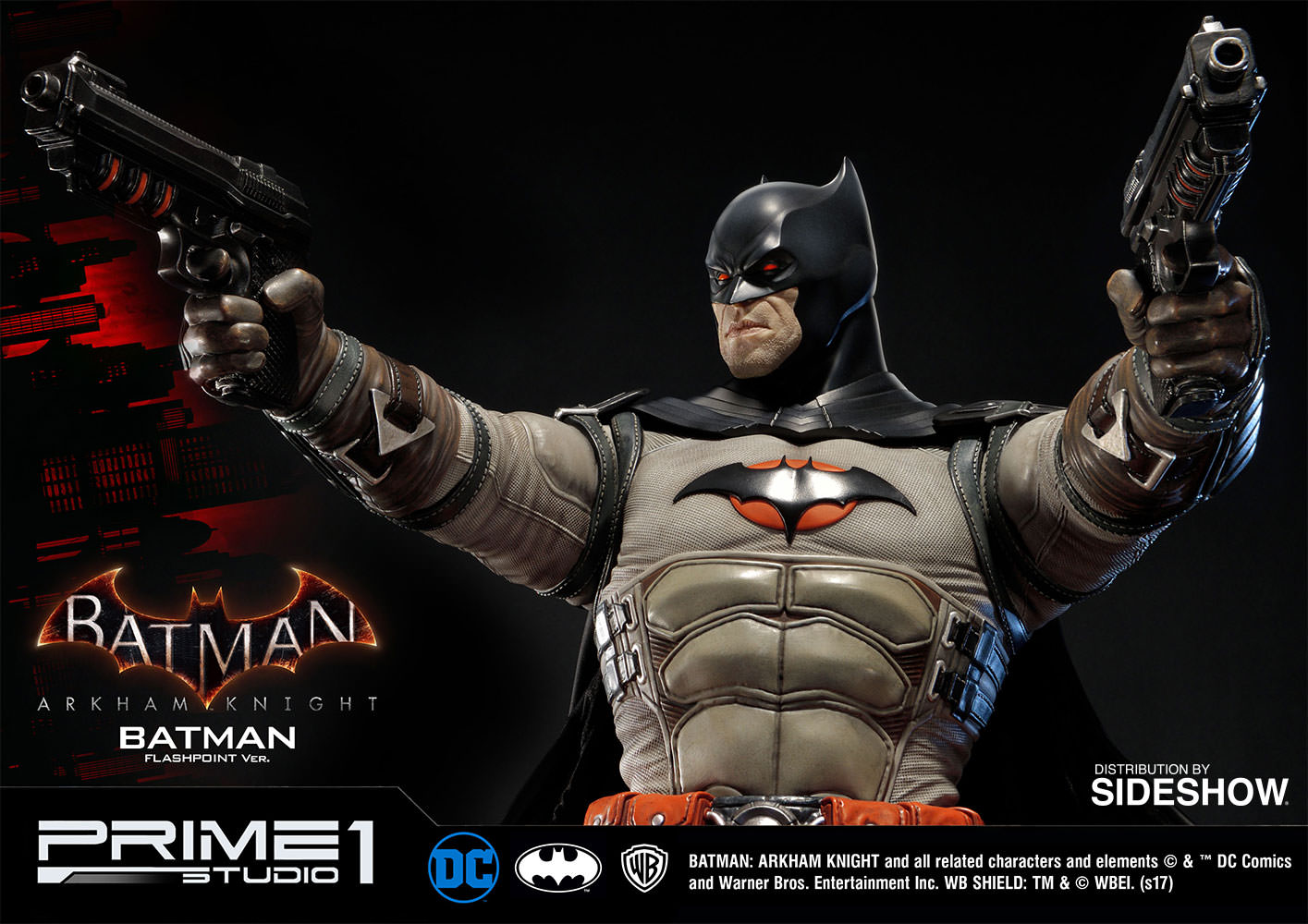 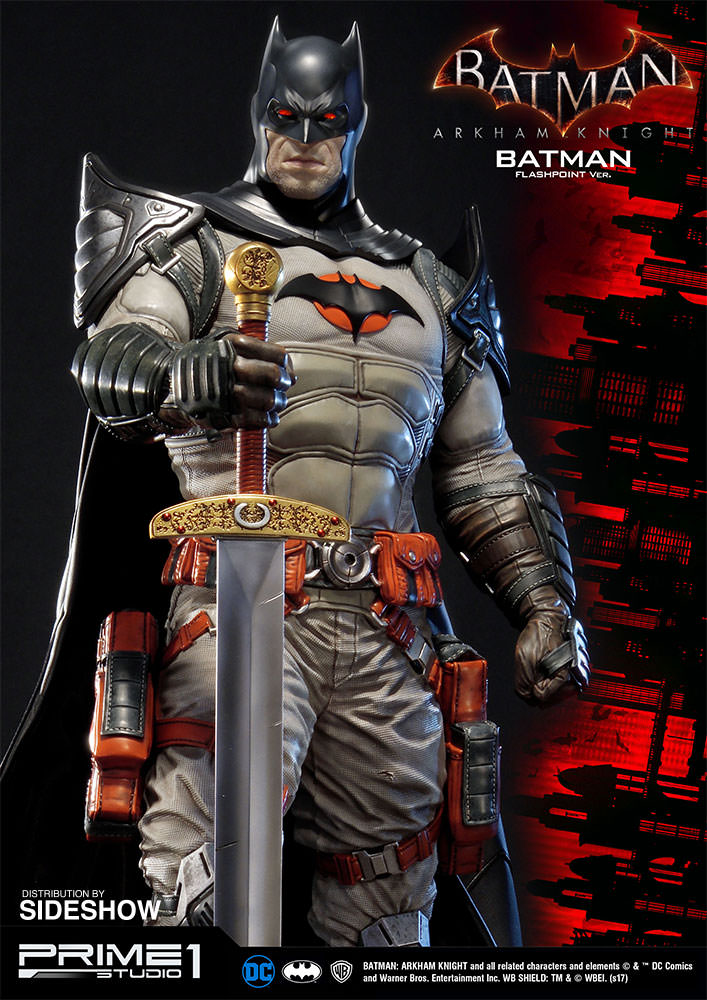 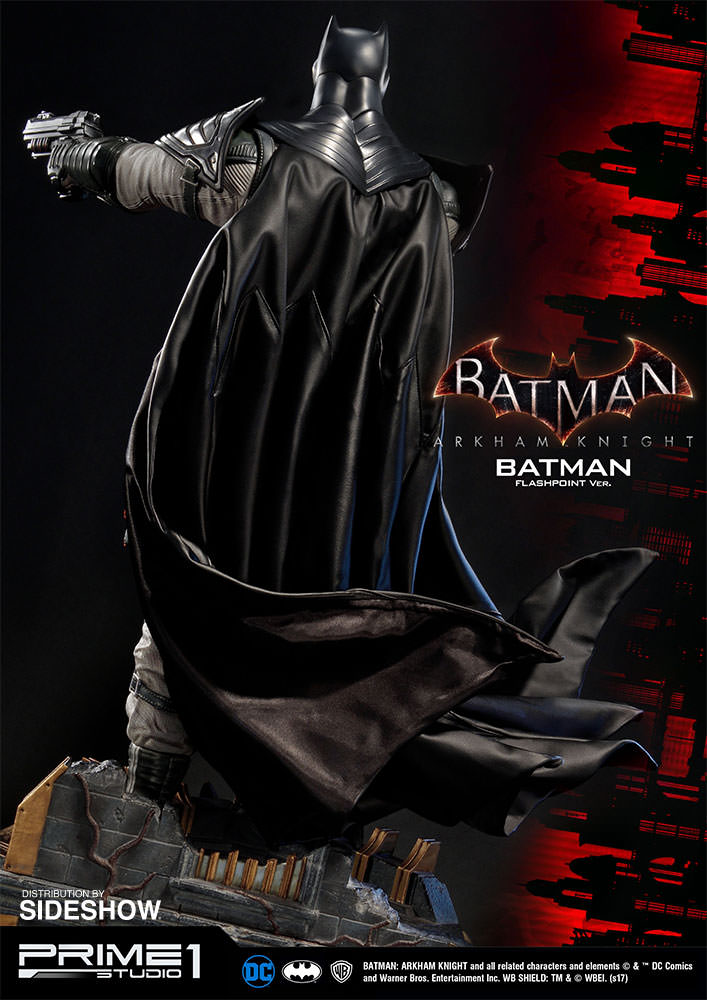 The Statue To End All Statues

Back to Sideshow Collectibles and their joint task with the creators at Prime 1 Studios. For lovers of this series they have brought Flashpoint Batman to life in jaw dropping detail, his accessories include not only his guns but also the sword used to save the day.

The detail put into this statue is crazy and at 33 inches it is intimidating. From the color work to the cowl, from the suit details to his holsters, it is life-like. He looks like he stepped forth from the pages ready Flashpoint, ready for vengeance.

This awe inspiring piece is currently available, though they are going fast. With only 350 being made, it really is a very limited edition.

Click here to take a further look at this amazing piece.

What are your thoughts on Sideshow and Prime 1 Studios take on the Flashpoint Batman? Let us know in the comments below.