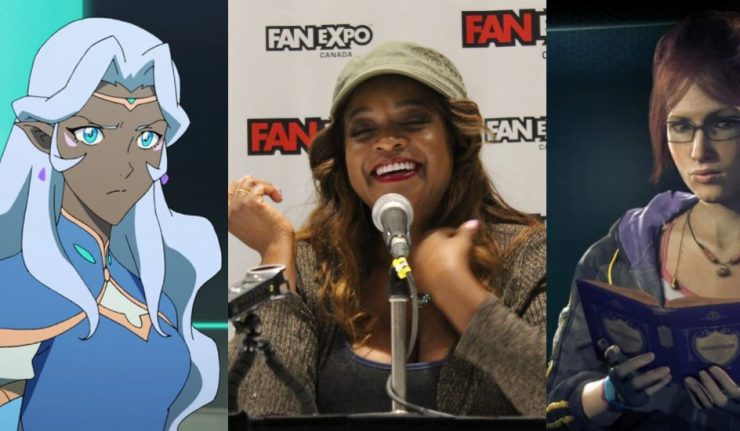 Fan Expo Canada has hosted some of the most beloved stars in fandom. A handful of DC guests such as Robin Lord Taylor and Jason Momoa, comics creators Scott Snyder and Greg Capullo, and voice actors and actresses that form part of several facets in the worlds of fandom.

The voice stars from the heartwarming and action-packed animated series Voltron: Legendary Defender produced by Joaquim Dos Santos and Lauren Montgomery, were big guests of the convention. Check out our past interview with the crew! The series carries the same casting directors as Justice League (2004), in addition, the series’ voice cast has also featured in past DC projects: Josh Keaton (Hal Jordan, LEGO DC Superheroes) and Kimberly Brooks (Batgirl/Oracle, Batman: Arkham City).

The actress of Princess Allura gave fans a surprise as she brought Bex Taylor-Klaus with her. Bex plays the voice of Pidge from Voltron and they both have somewhat of a cult following. The audience cheered.

The exhibition center in Toronto, Canada, left guests exhausted and sadly late to the panel, but fans were not at all disappointed by the show as a cosplayer rose up and answered fan questions to keep us entertained. 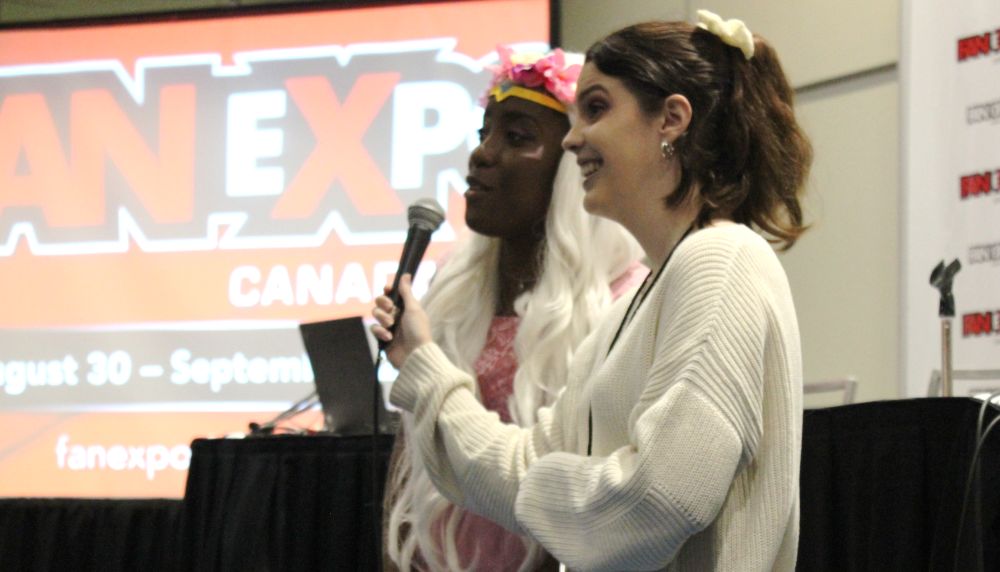 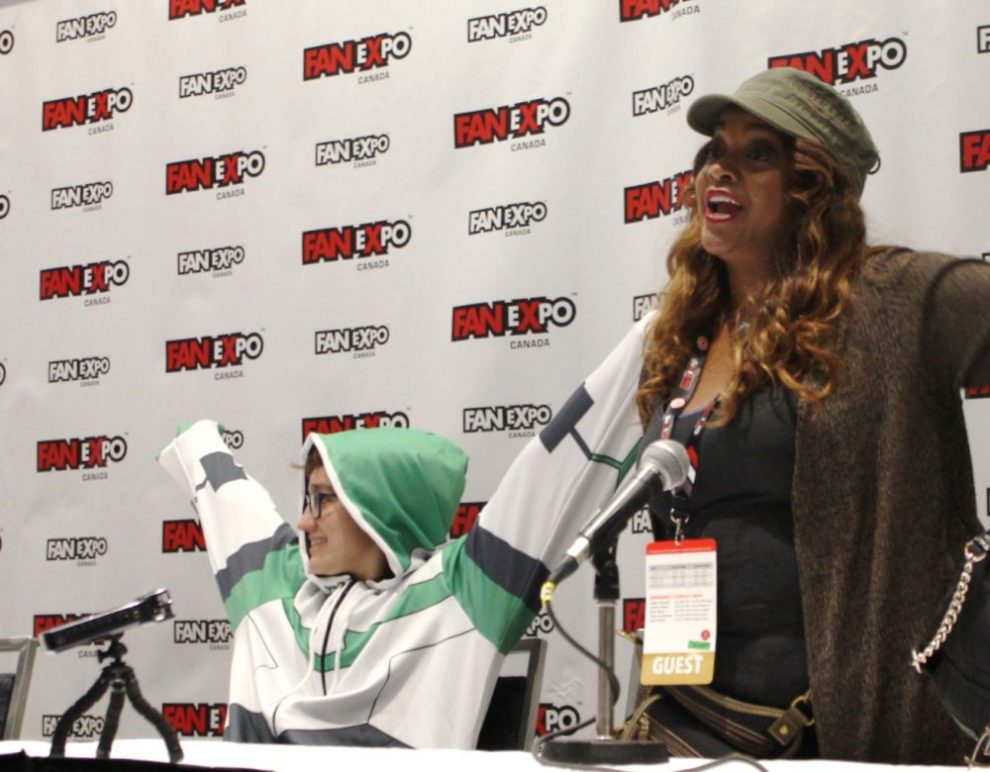 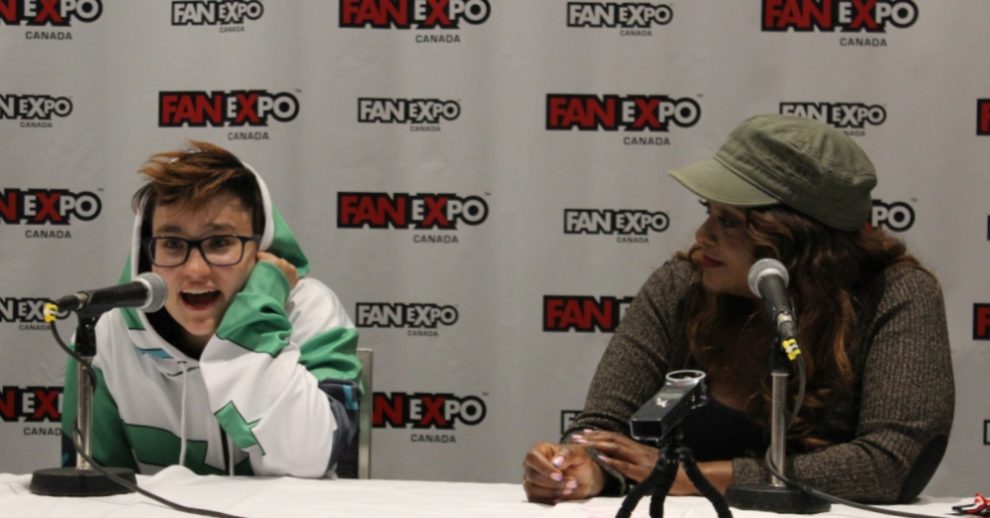 So, DKN had the chance to ask the Oracle a question.

DKN: I really loved your work with Batgirl (Arkham Asylum), working with someone as different as Princess Allura and Batgirl, what were some of the changes you had to go through for both of them?

Kimberly: There are a lot of similarities there. When I voice Batgirl, sometimes when I do recordings in the Arkham games, she’s in a wheelchair and even the whole Joker thing, we don’t need to talk about that, but that was actually really fun to do because you are given important information to Batman. Allura has a lot more emotions to play, and there is a lot more going on, with Altea being destroyed, everyone she loves is dead. Now she has a new family.

They are really similar but mostly, I think Allura has a lot more ups and downs [emotions], and things to play.

And then the fantastic Bex joins in.

Bex: I have a crossover request. Allu-racle!

Kimberly: I love it, Alluracle! That’s brilliant! So am I supposed to do something as both those characters?

Bex: If Pidge is Batman, I feel Allura could be Oracle. I need this crossover, I need that.

There is nothing I love more than people who are so passionate about their product that they keep inspiring creativity, amongst the audience and themselves. Yes, we need more Oracle, and an idea of a gender-swapped DC universe inspires so much fun. A major thanks to Fan Expo’s team for allowing fans to have these great moments with their idols, and a grateful thanks to Kimberly Brookes and Bex for arriving and handling our questions. 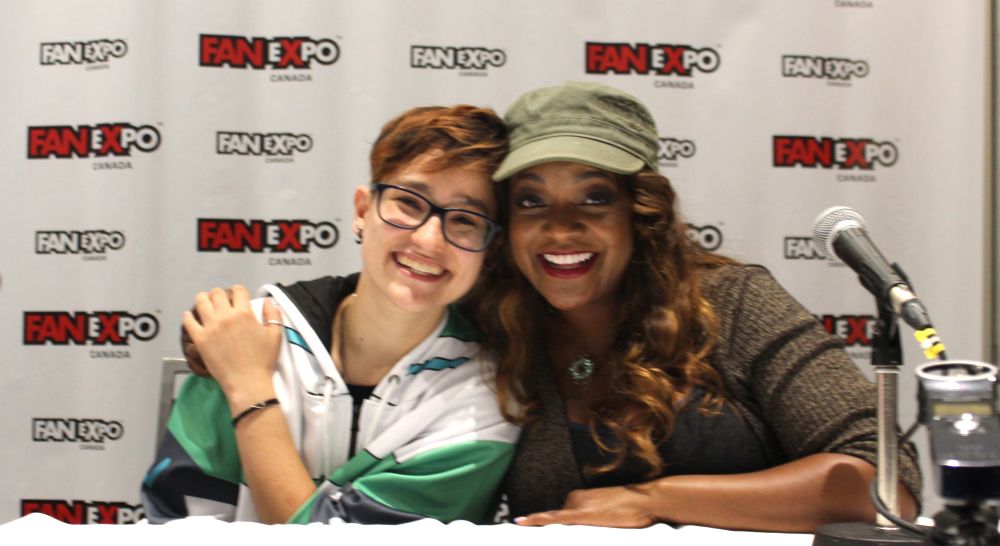