‘On the Road Again’ 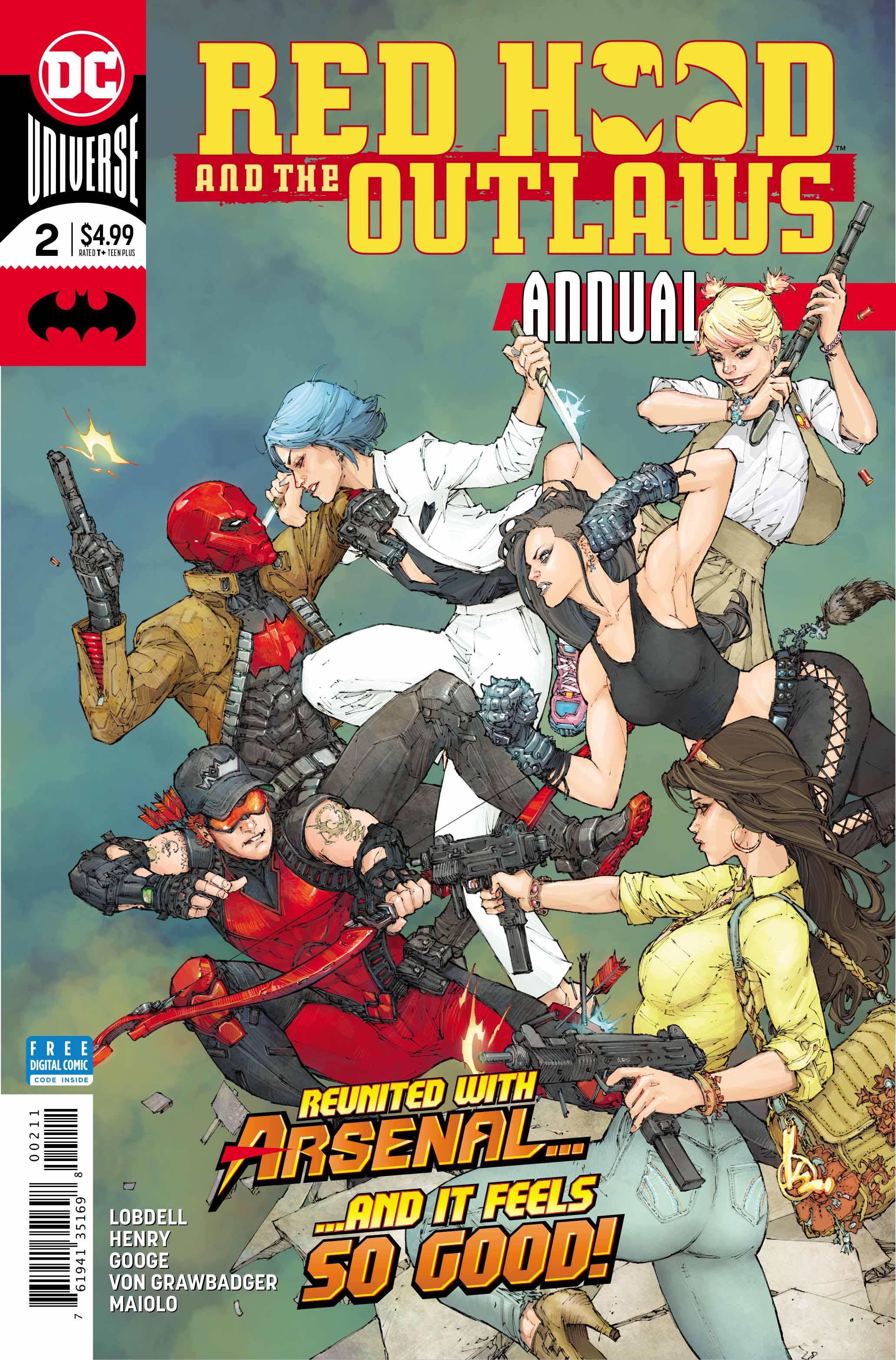 It’s the second annual! Everything that was building in the main title has really shaken up the dynamics of the whole series. Jason is officially on the run after receiving a rather brutal beat down from Batman. Exile is only as bad as the company, and Jason is back with long time, and unlikely best friend: Arsenal.

Issue #25 ended with the fortunate timing of Roy Harper, plucking Jason from Batman’s flying fists. The issue’s editor and titan of comics, Rob Levin, judges readers for not reading issue 25. I must say, that’s the not the type of editor’s note I’m used to seeing. 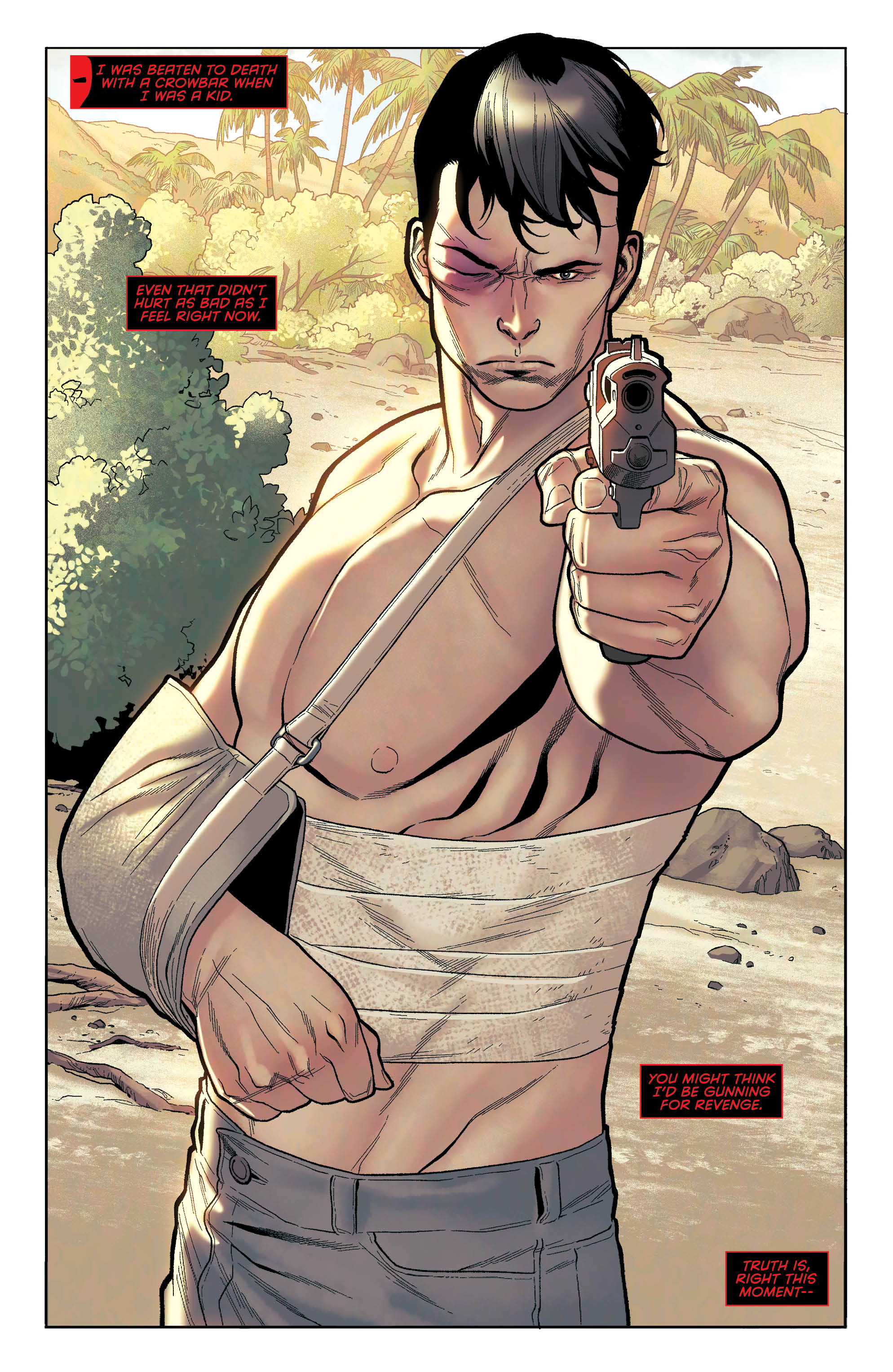 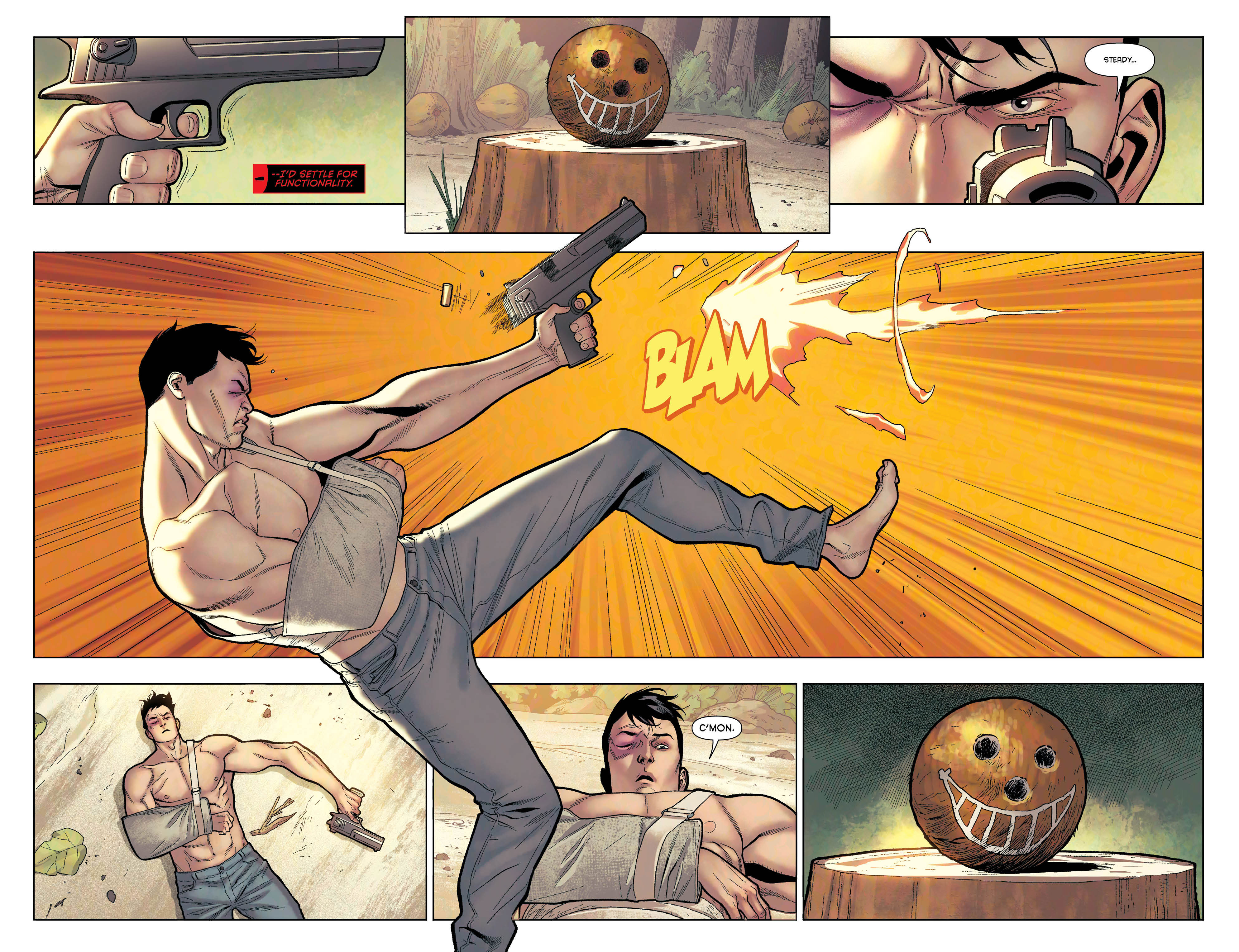 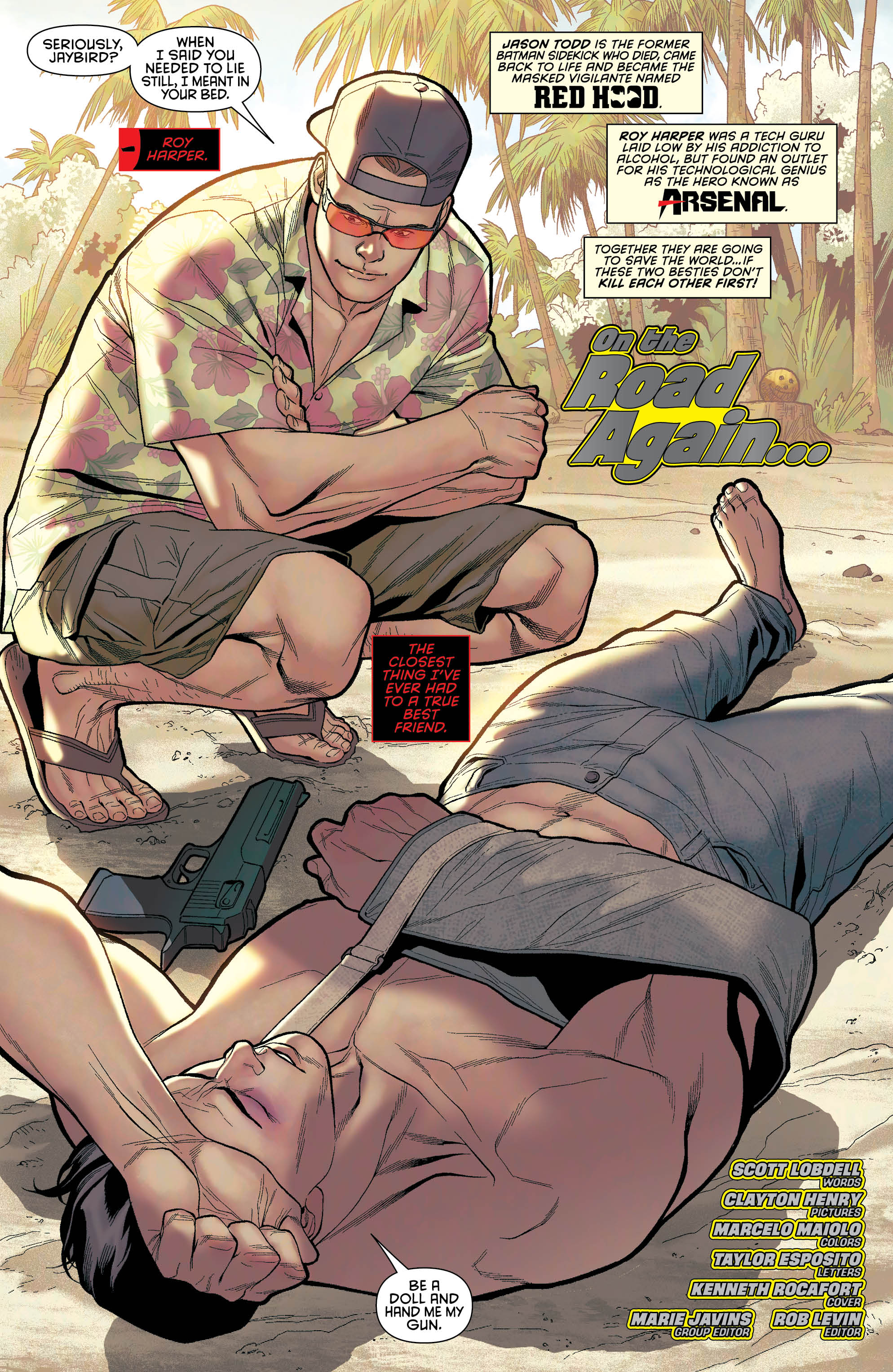 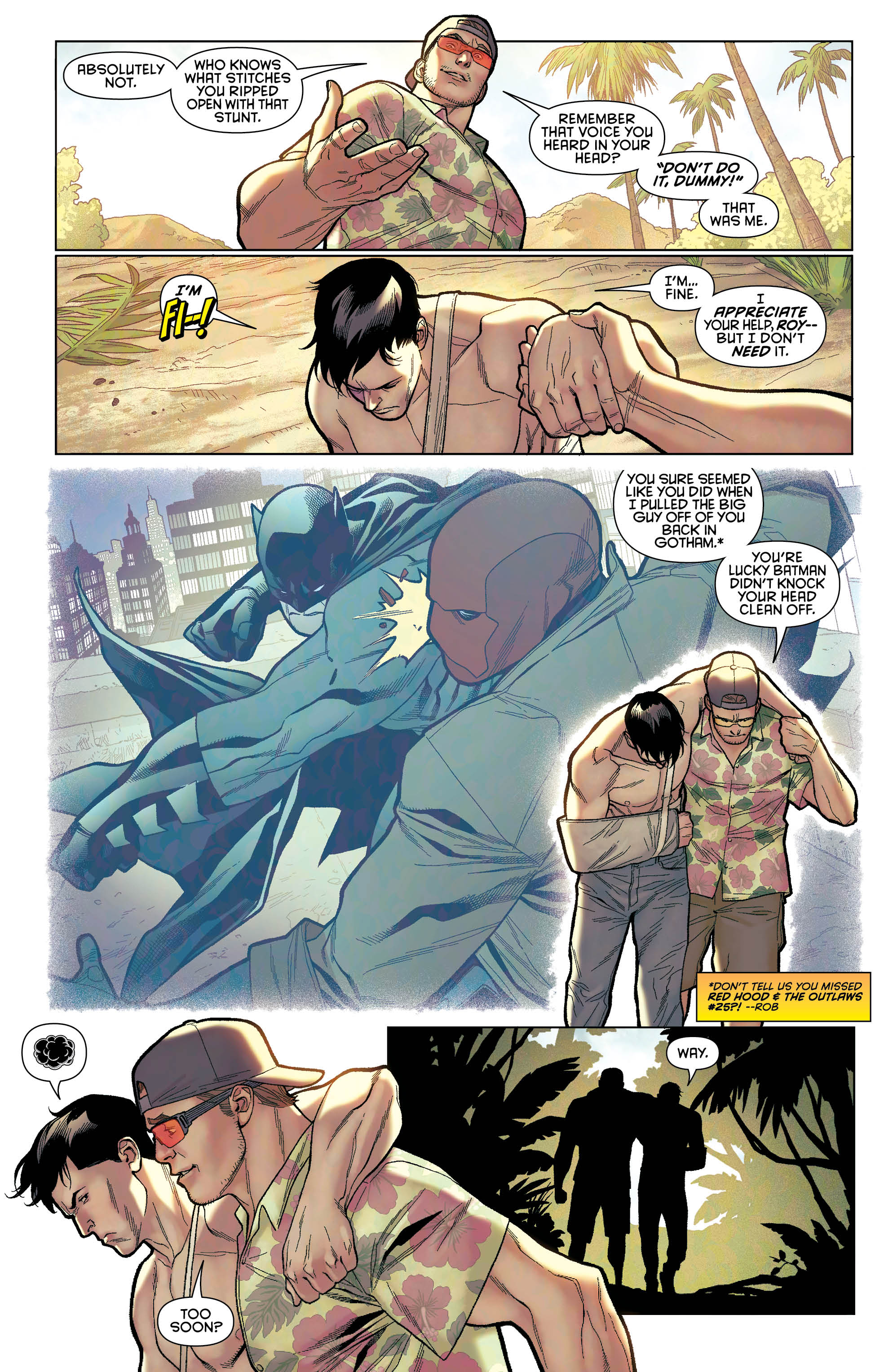 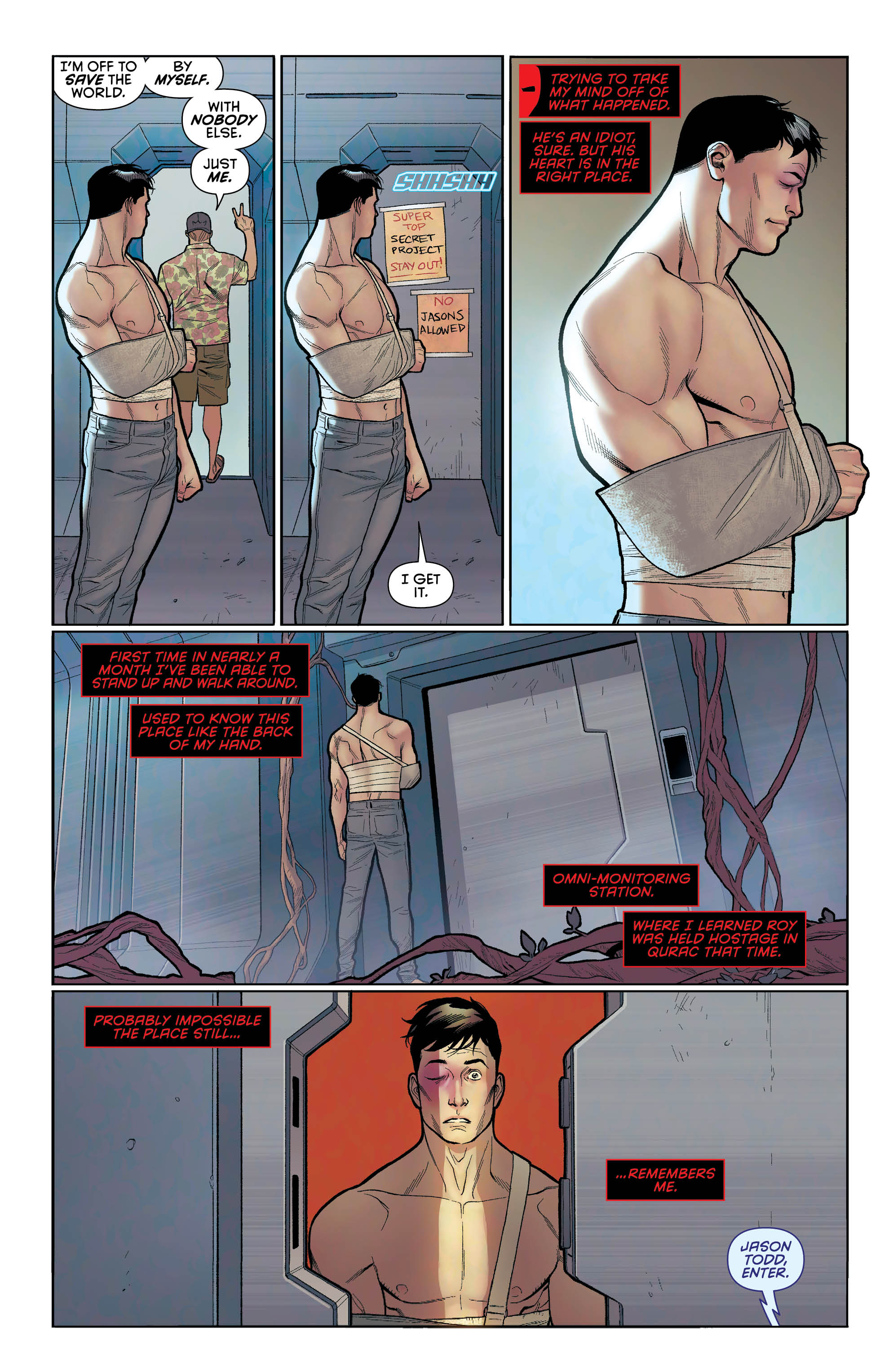 When things go wrong for the main character in an ongoing story, like it has for Jason, it’s great to get the time to breathe, recover, and pick up the pieces. This is definitely what’s going on in this special issue. With the help of a truly good friend like Roy, and a very out-of-the-way safe house, there’s plenty of time to rest. More than just Todd’s physical health was beaten down by the heavy issue 25. Artemis and Bizarro, members of the Outlaws seem to have escaped to somewhere outside of any place known to scanning technology.

After an epic confrontation with shifty sisters, Jason has to part with his friend. The path seems open for both men.

This annual isn’t without a special snippet of things to come. We catch up with other members of the Outlaws; ones I certainly didn’t expect to see again so soon, but am very happy to see again. I hope that the ominous landscape they’ve found themselves in won’t be too much for them to handle.

This annual has done a great job of progressing the main title’s story while being open enough for anyone to fall in, know learn what’s just happened in the continuity, and want to get the next chapter.