Justice League Action’s future is still uncertain on Cartoon Network. Actress Rachel Kimsey’s Facebook friends were tipped to news that some of us didn’t know. The actor who voices Wonder Woman on Justice League Action has revealed that the series will now be available on Hulu.

Kimsey stars with Kevin Conroy (Batman) and Jason J. Lewis (Superman). If you’ve never seen this show, it always starts in the middle of the – for lack of a better word – action. 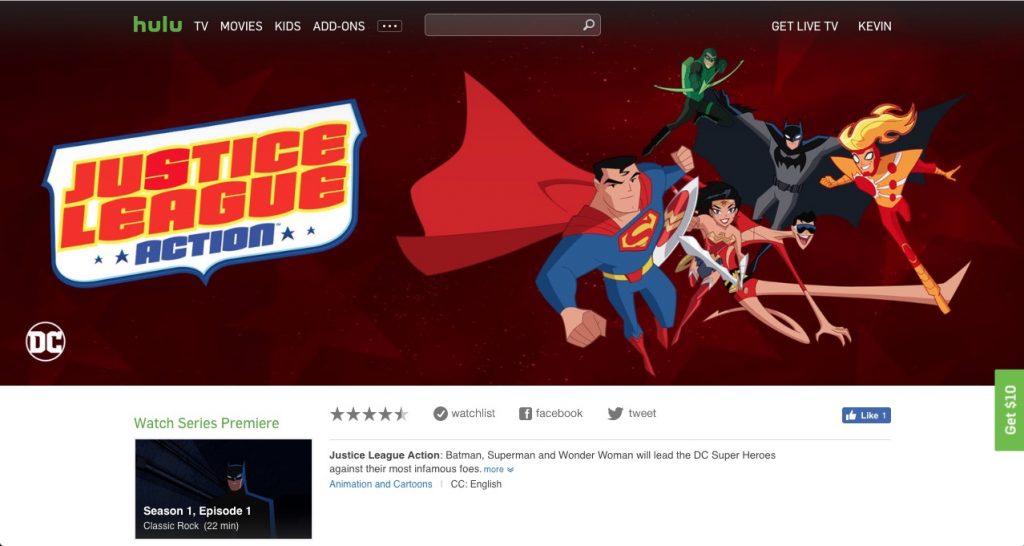 All 26 episodes of the first season are available for viewing.

Unfortunately, Justice League Action was not a part of Cartoon Network’s upfront event this past spring. The good news is that, in addition to Hulu, you can find the series on digital media, and there’s a 98% chance that it will also be on DC’s flagship streaming service – DC Universe.

So, if Cartoon Network does cancel the series, let’s hope DC Universe will give us a second season.

Would you like to see Justice League Action on Hulu, or any other digital platform? Let us know in the comments below, or on our social media!