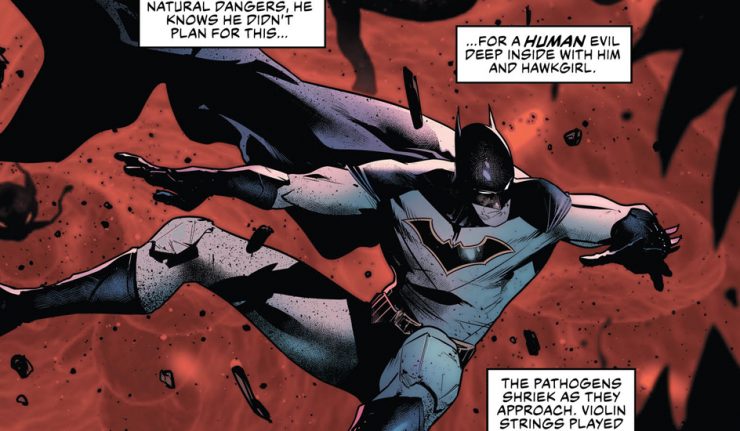 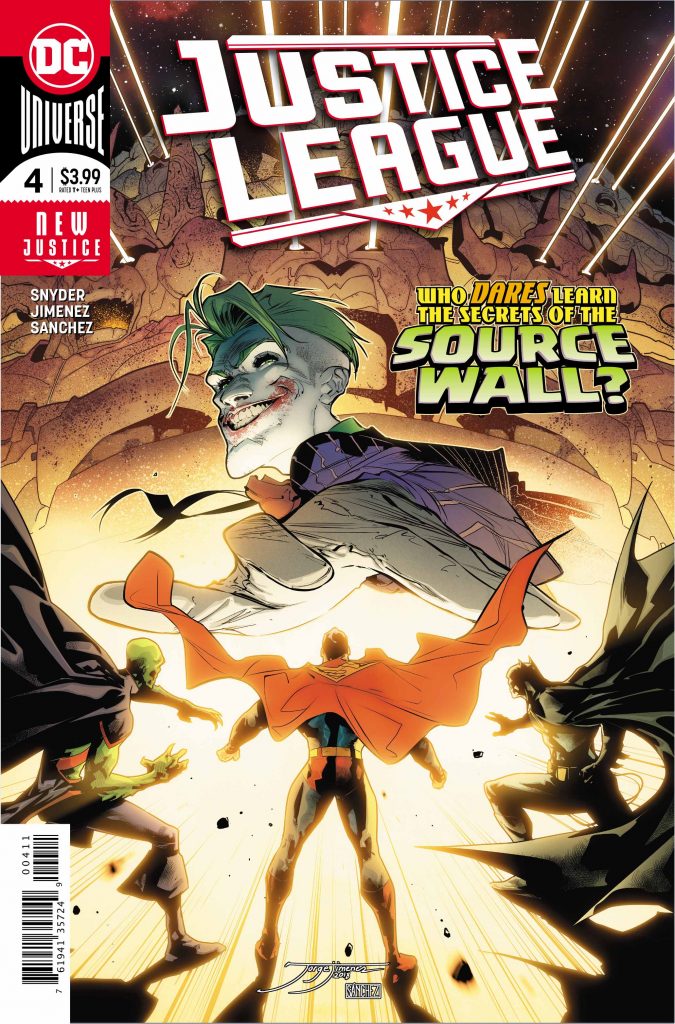 Two short weeks ago I compared Scott Snyder’s current run on Justice League to a summer blockbuster. Fast-forward to present day, and “The Totality” arc has picked up even more steam. Luthor seems to have unleashed Hell on (and in a few cases, in) the team. The fallout from the events of “No Justice” and “Metal” are still having detrimental effects.

This book also recounts Gorilla Grodd’s history and his motivations. This history reveals that Grodd is a classic sociopath, and that class-ism and child abuse exist even in Gorilla City. This small glimpse into the past doesn’t make the reader sympathize with Grodd, but it does offer insight into his motives.

Snyder gives us our Psycho moment in chilling fashion. This moment comes as Batman and Hawkgirl learn that Luthor and Joker’s psyches have been lurking inside their teammates. Also, Let’s not forget about John Stewart’s issues with the Ultraviolet Corp, especially as said Corps is about to get a lot bigger. 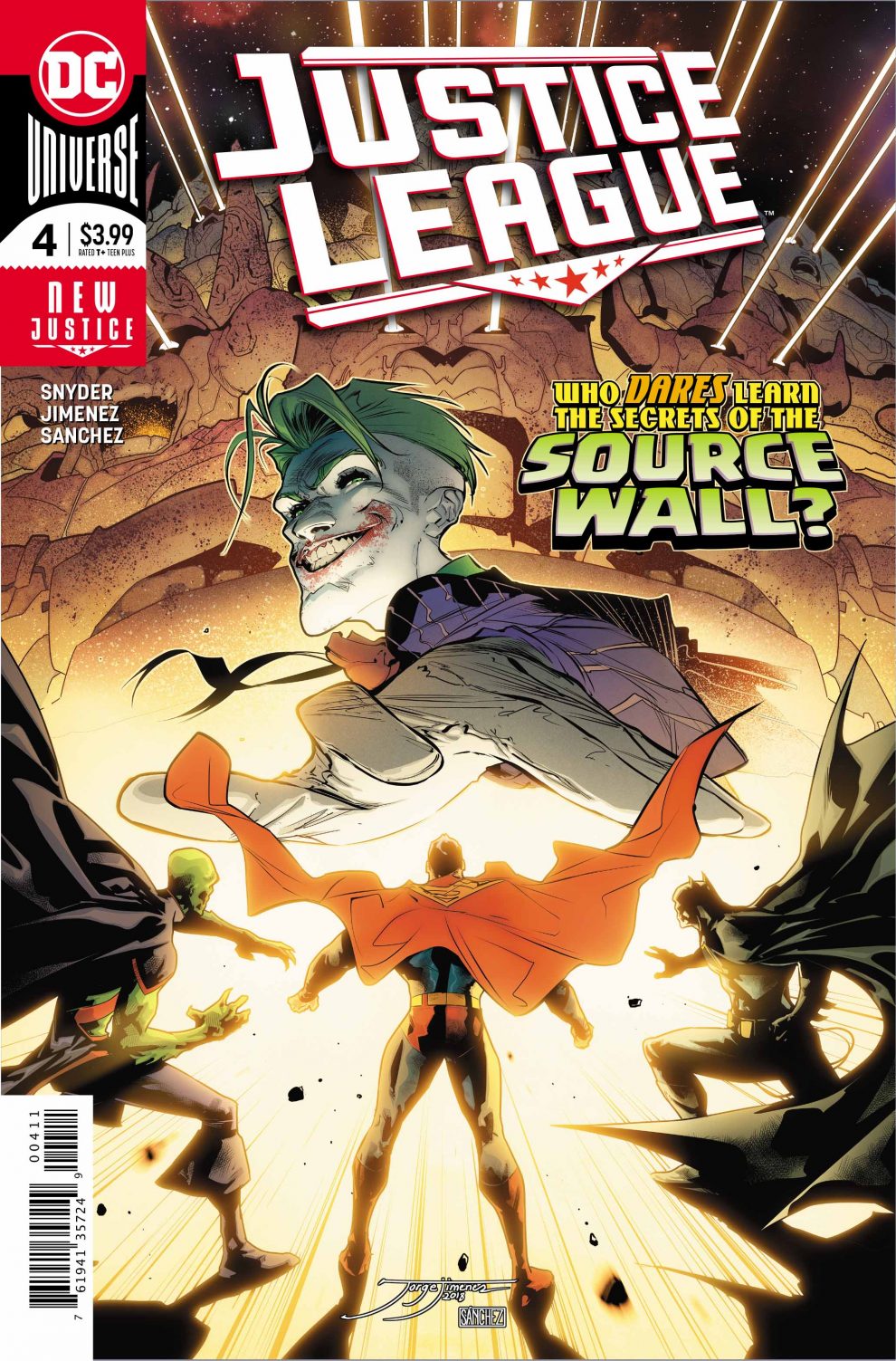 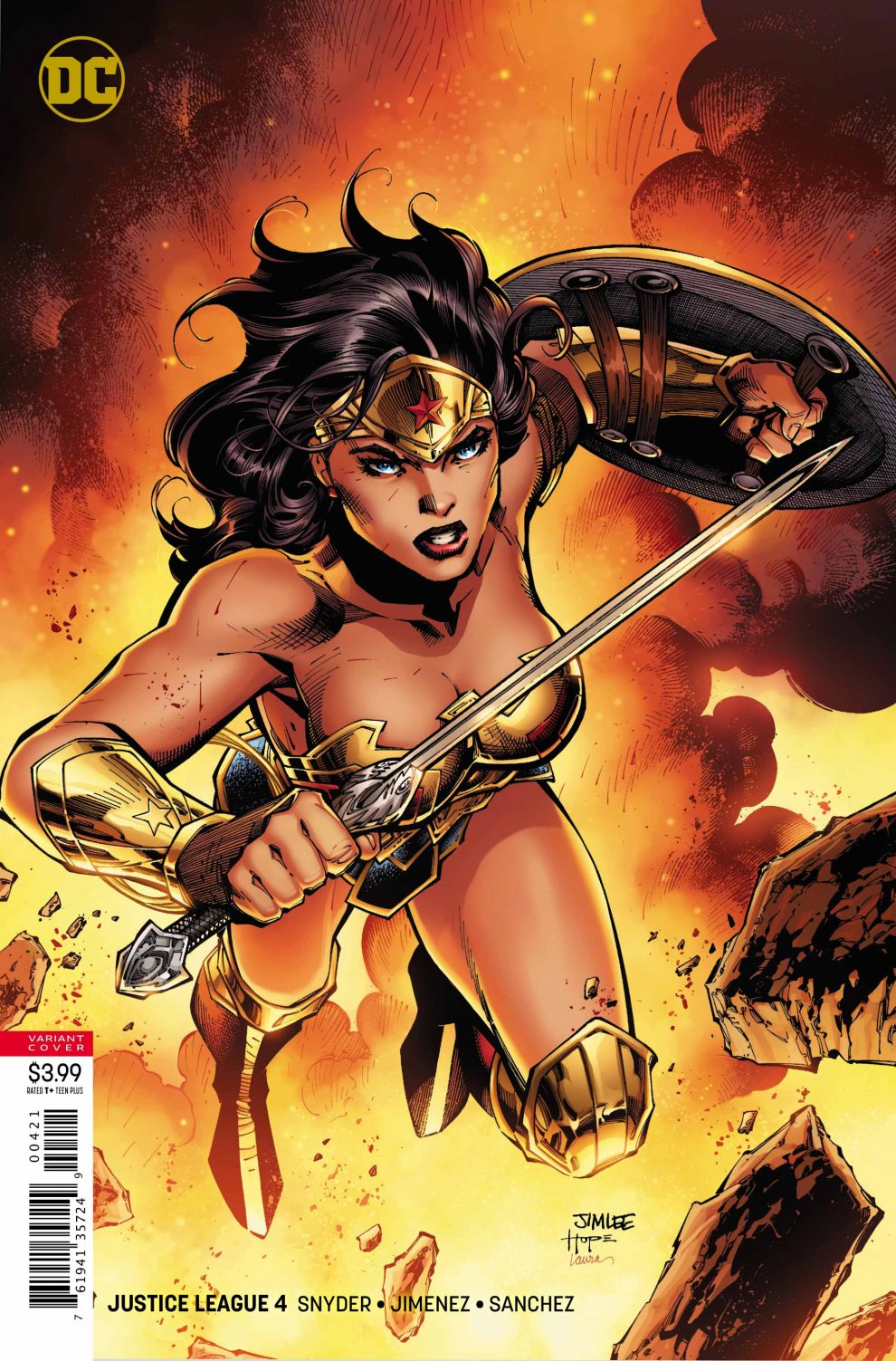 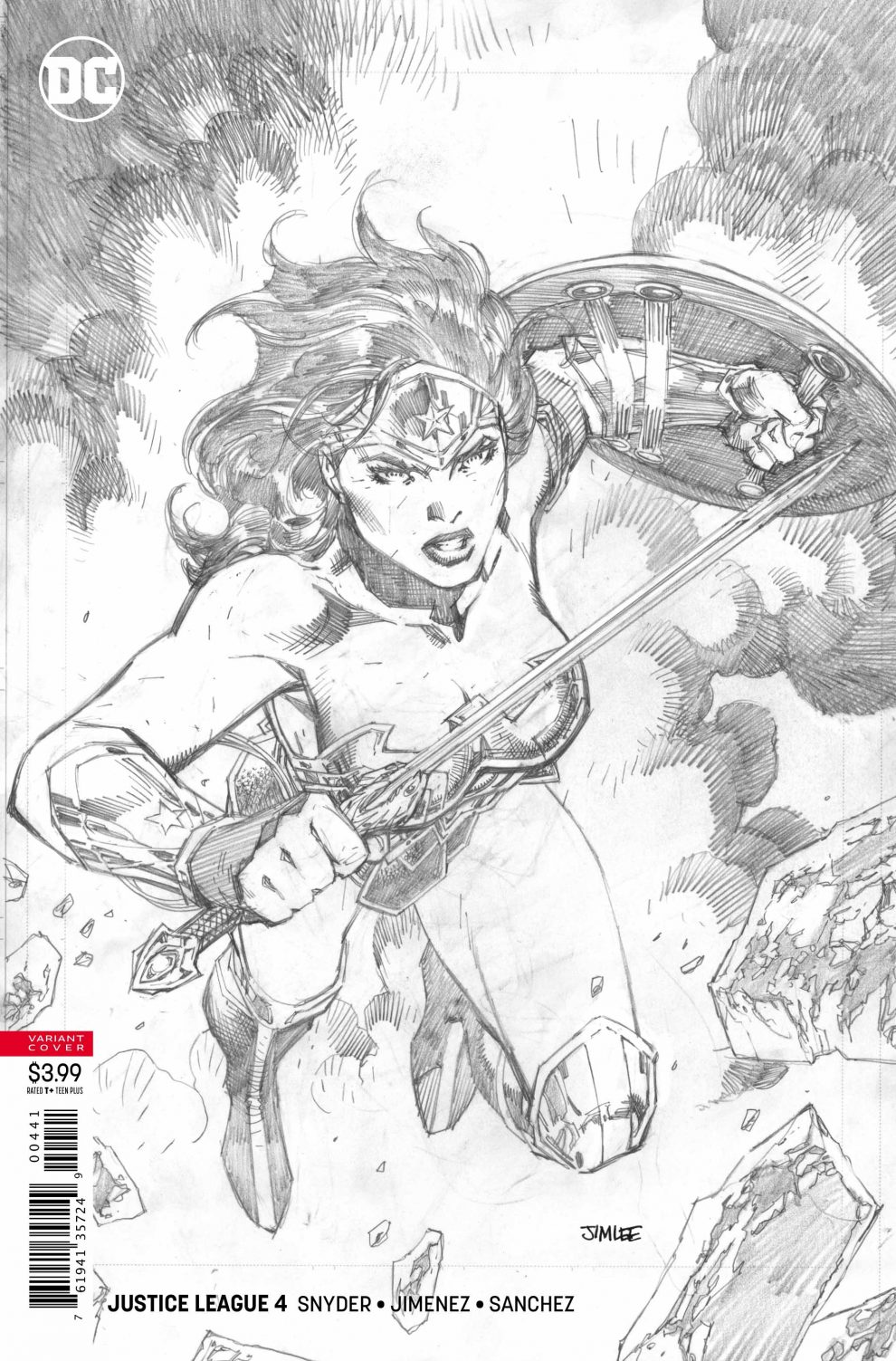 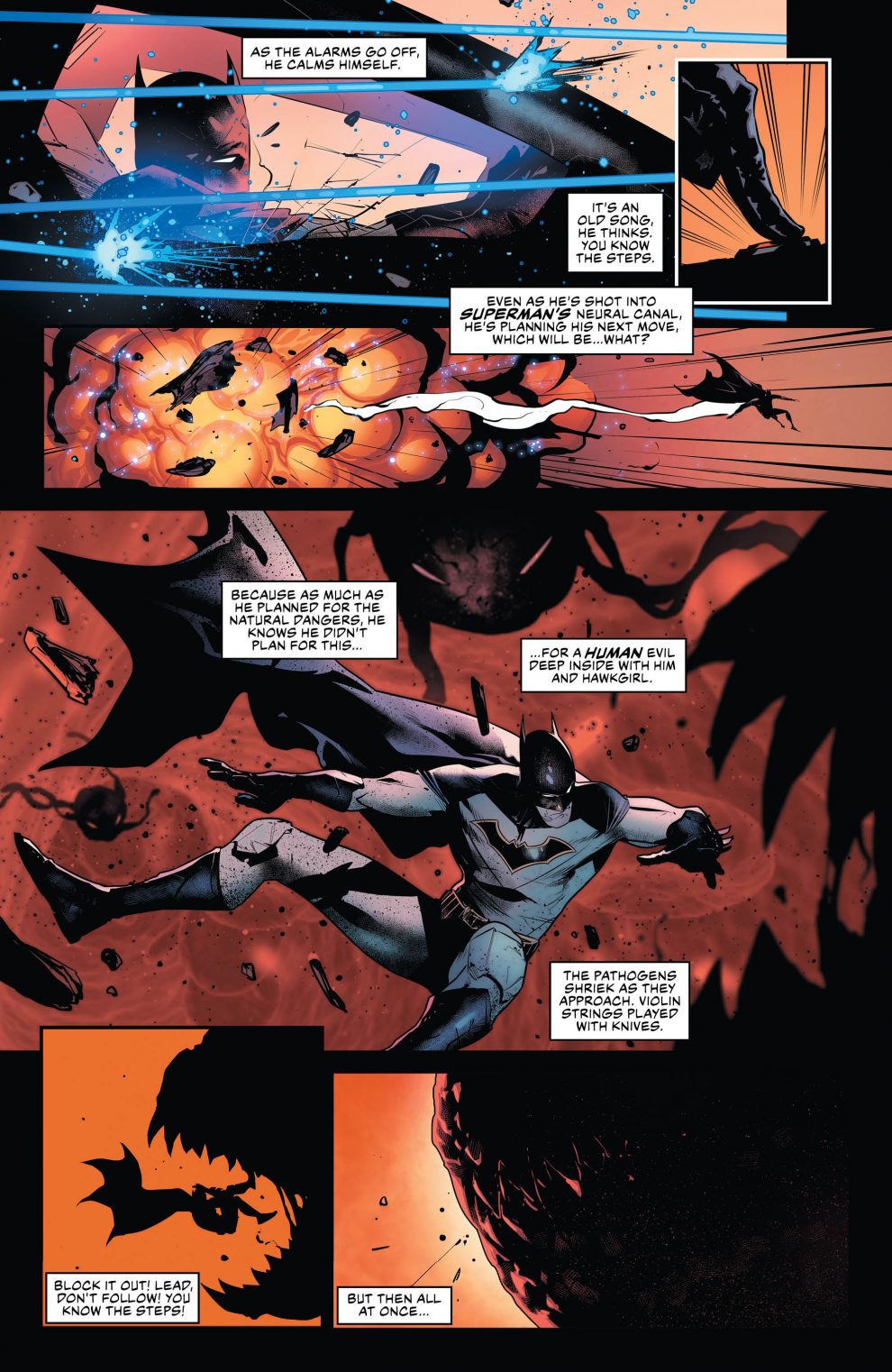 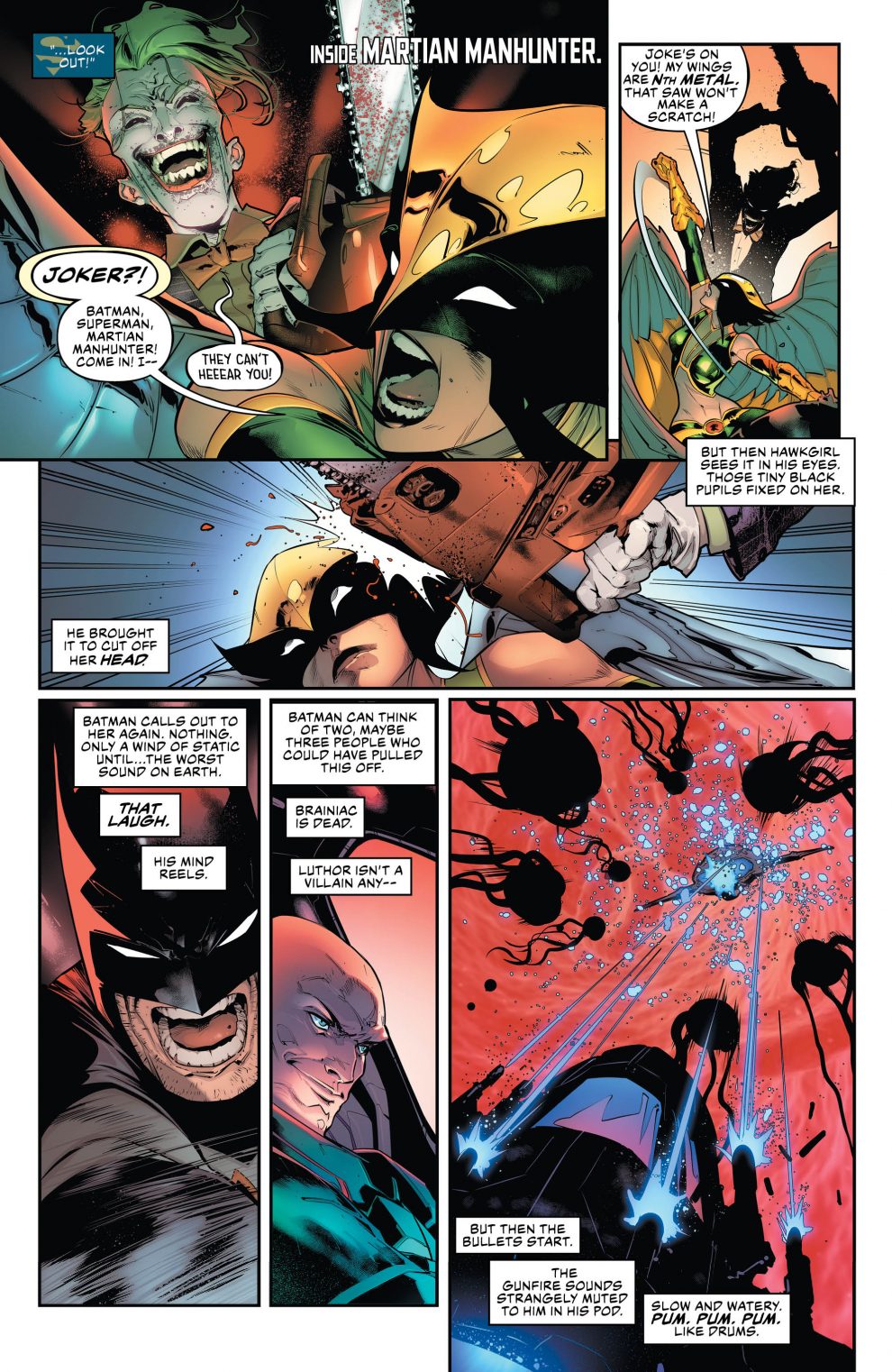 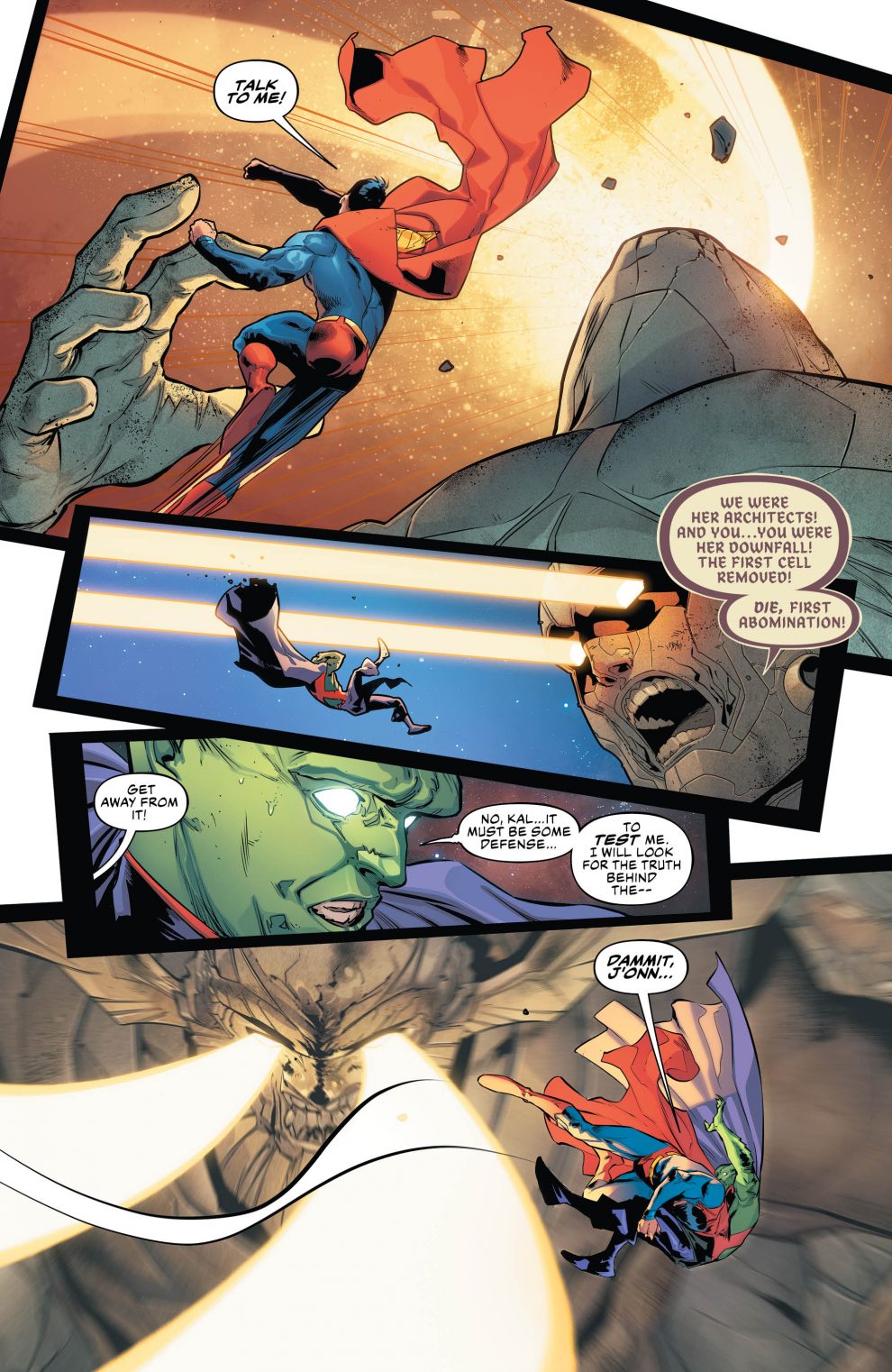 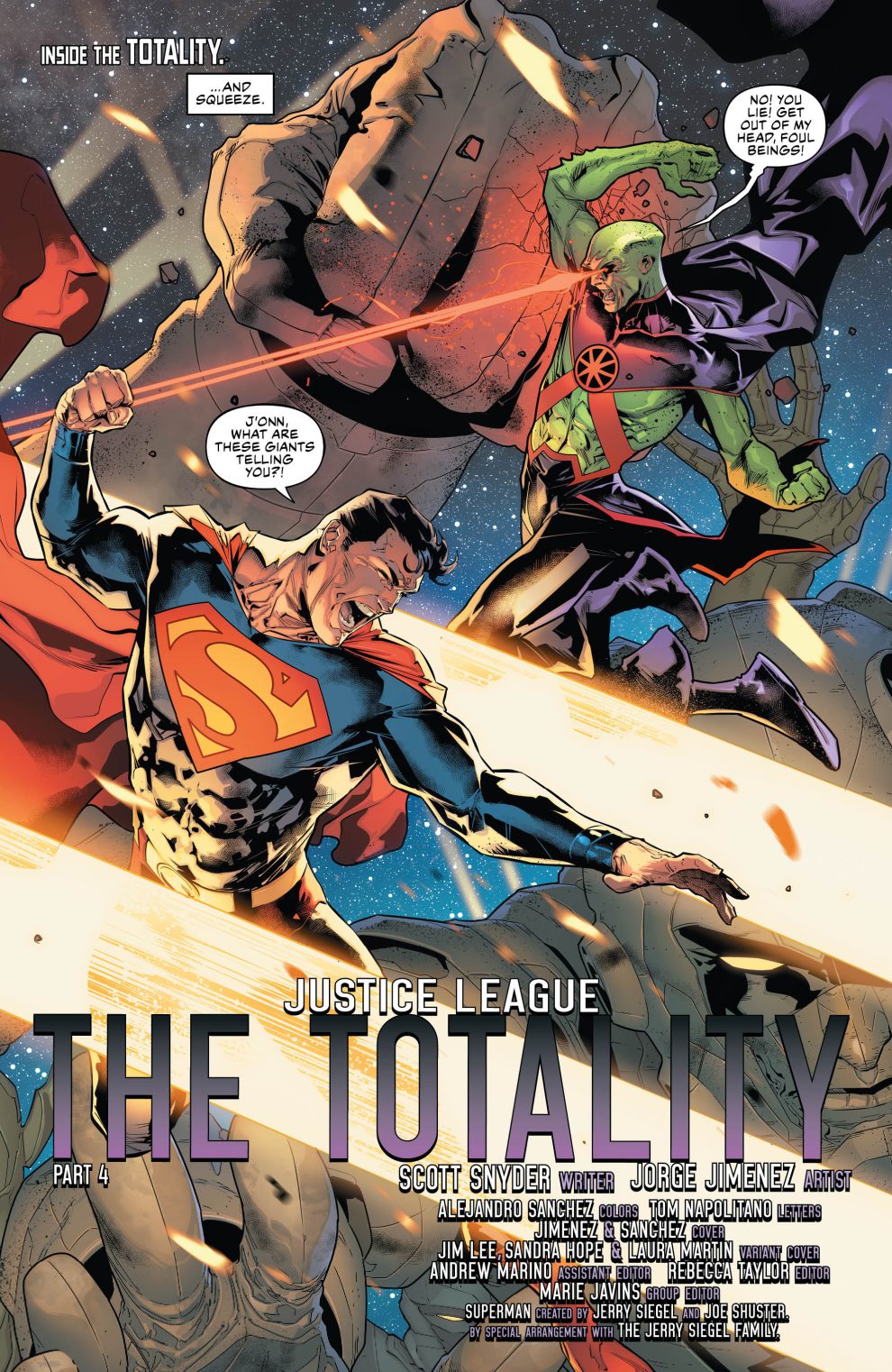 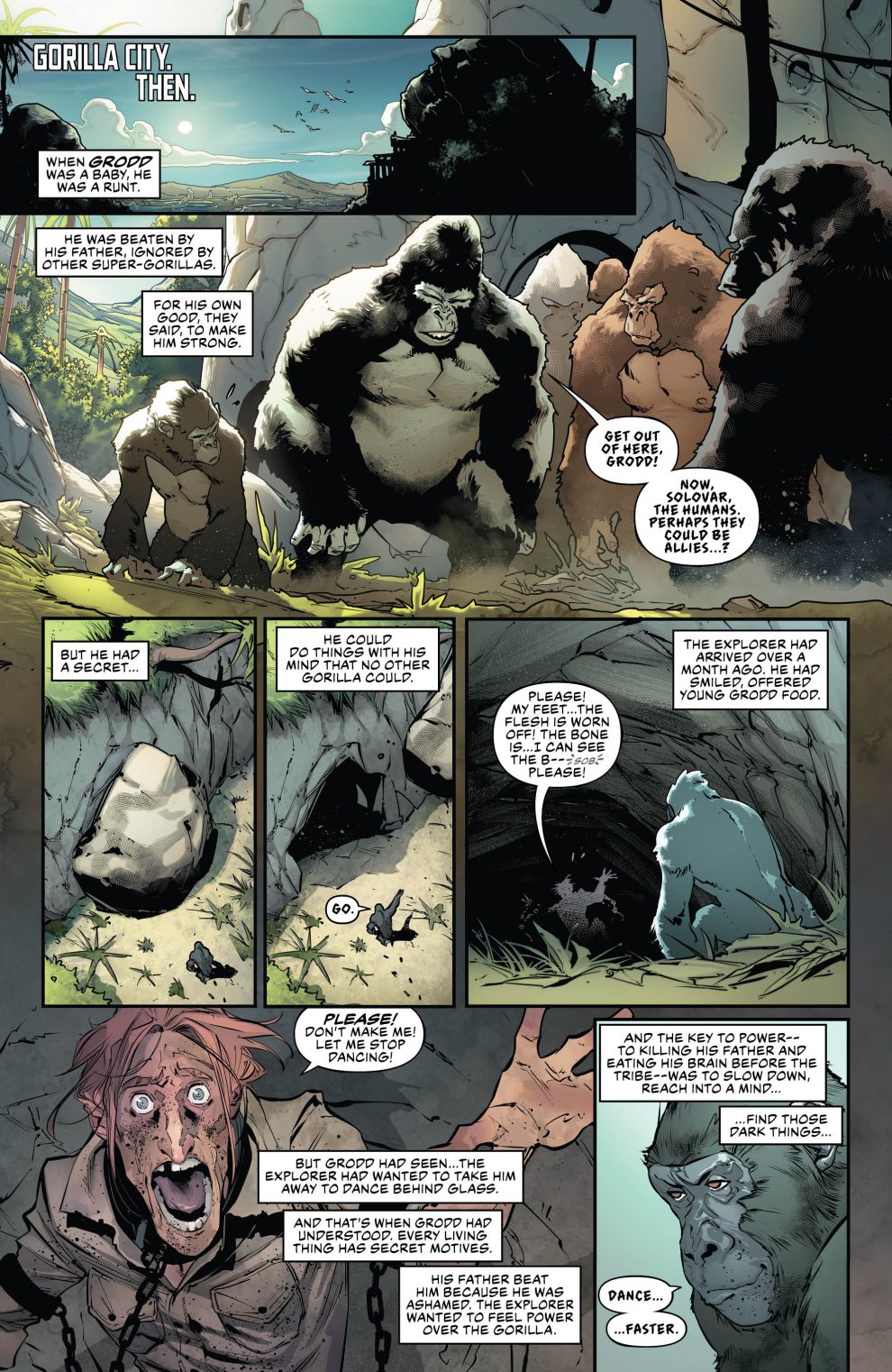 I have been biting my nails, as well as those of my family, as Snyder puts the League through the wringer. What is interesting is that Luthor still hasn’t revealed all of his cards. It’s amazing how he has controlled both the Legion of Doom and the Justice League with little effort. I doubt that all of the issues the League is facing will be remedied by issue #5, which is bittersweet for fans of this series. On one hand, we want our buddies in spandex to get a win. On the other hand, if there’s no conflict, there’s no story.

Jorge Jiménez continues to amaze with his imagery. He and Snyder are a great team. If James Tucker decides to turn this arc into a DC Original Animated Movie, I hope he has the sense to bring Snyder and Jiménez in as consultants. Take my money, Warner Animation! Follow these outlined steps, and you can have every penny! Sold!

Again, another great issue, but the tide has to turn soon for the League. I’ll still keep reading this book if it doesn’t though.

For more on Justice League #4, please read our sister site’s review of this issue at DC Comics News.