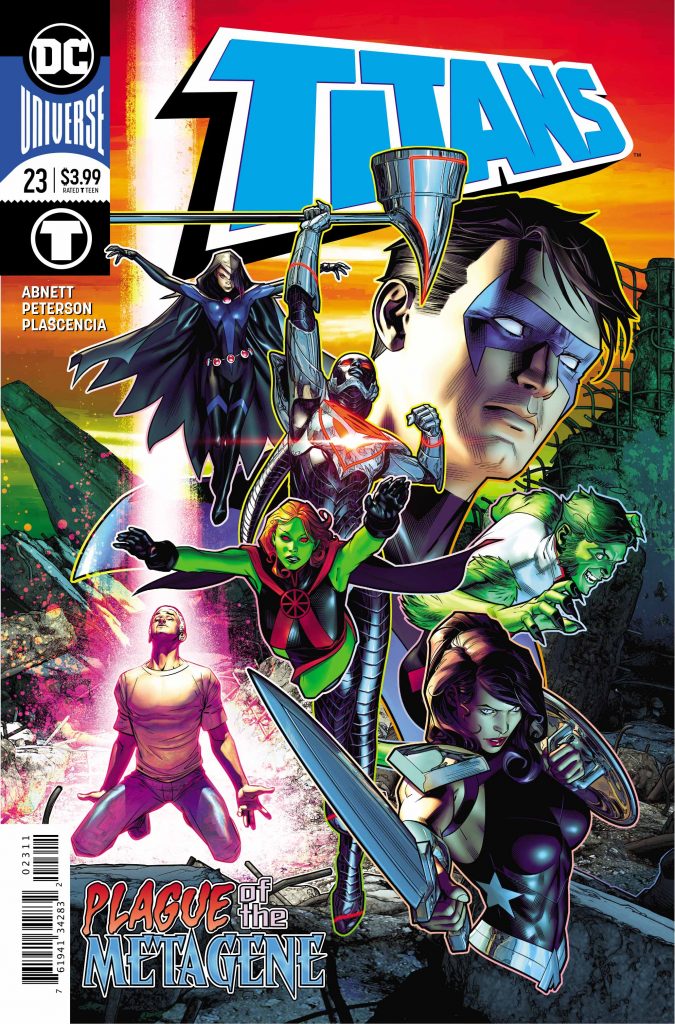 Dan Abnett and creative team have introduced both a new Titans story and a brand new team in Titans #23.

The issue is predicated on the previous storyline in Dark Nights Metal. For the uninitiated, here’s the run-down: The Source Wall, which protected Earth from baddies and cosmic radiation, has fallen. With the protective barrier down, Earth’s citizens have been subjected to “super-powered energy” which has affected some in random, supernatural ways. New abilities and powers distributed throughout the population yield collective chaos and fear. Fear is personalized for those with new abilities. Still, for others, it’s fear of those who are now different.

The new team of Titans features a collection of familiar characters with a few new additions. Of course, Nightwing is team leader. Familiar Titans like Beast Boy, Raven, Starfire, and Donna Troy are here, as well. Steel, a tech-savvy newcomer, joins the fray, as does Miss Martian, but more as a babysitter appointed by the Justice League.

Her presence creates renewed tension with Nightwing. For Dick Grayson, it’s a struggle to lead the team with kinks in the chain of command. For M’Gann, it’s a struggle to comply with her League-issued assignment while finding a true place amongst the team. The tension will surely gain steam and bear ongoing stories down the line. 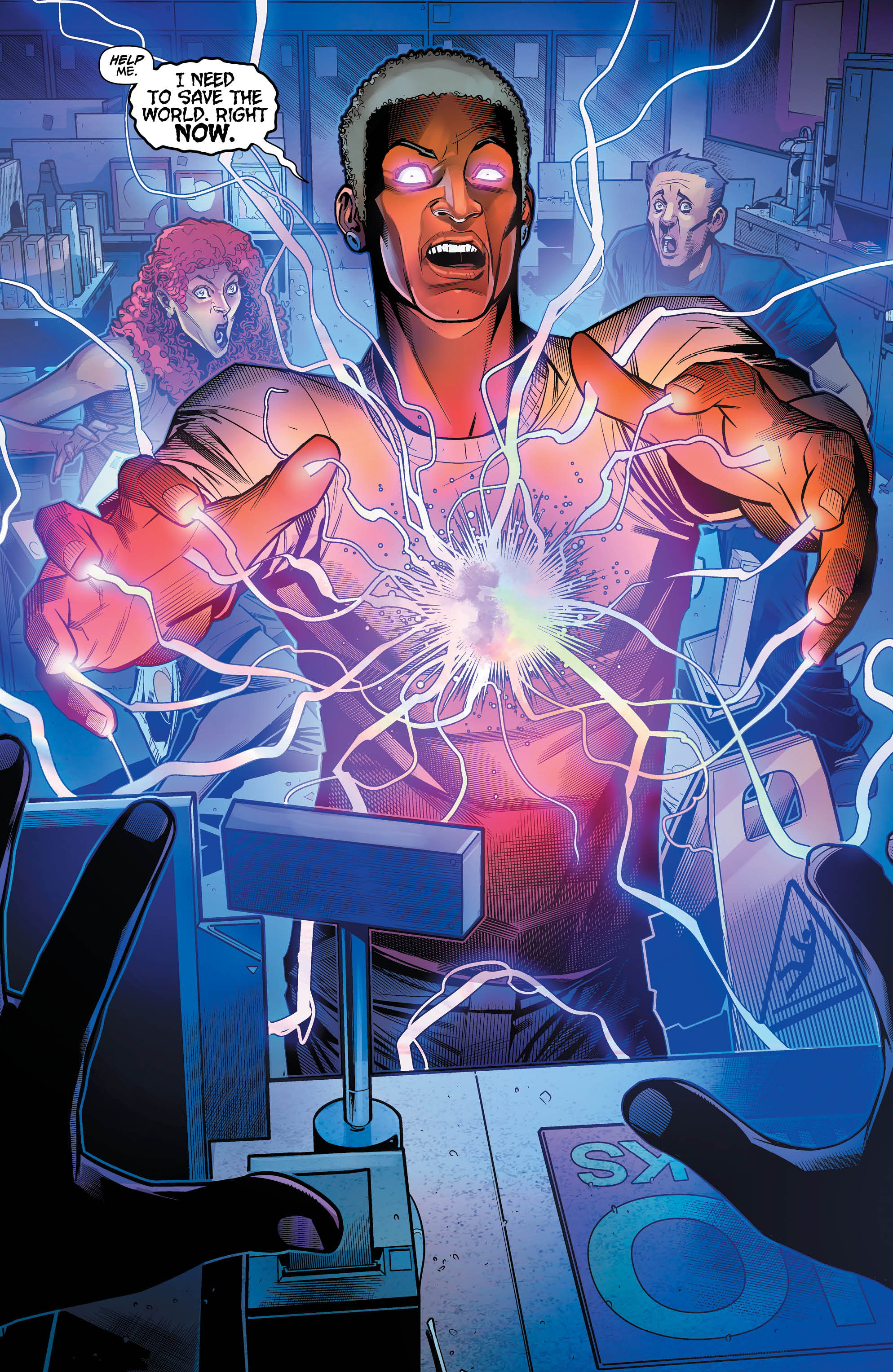 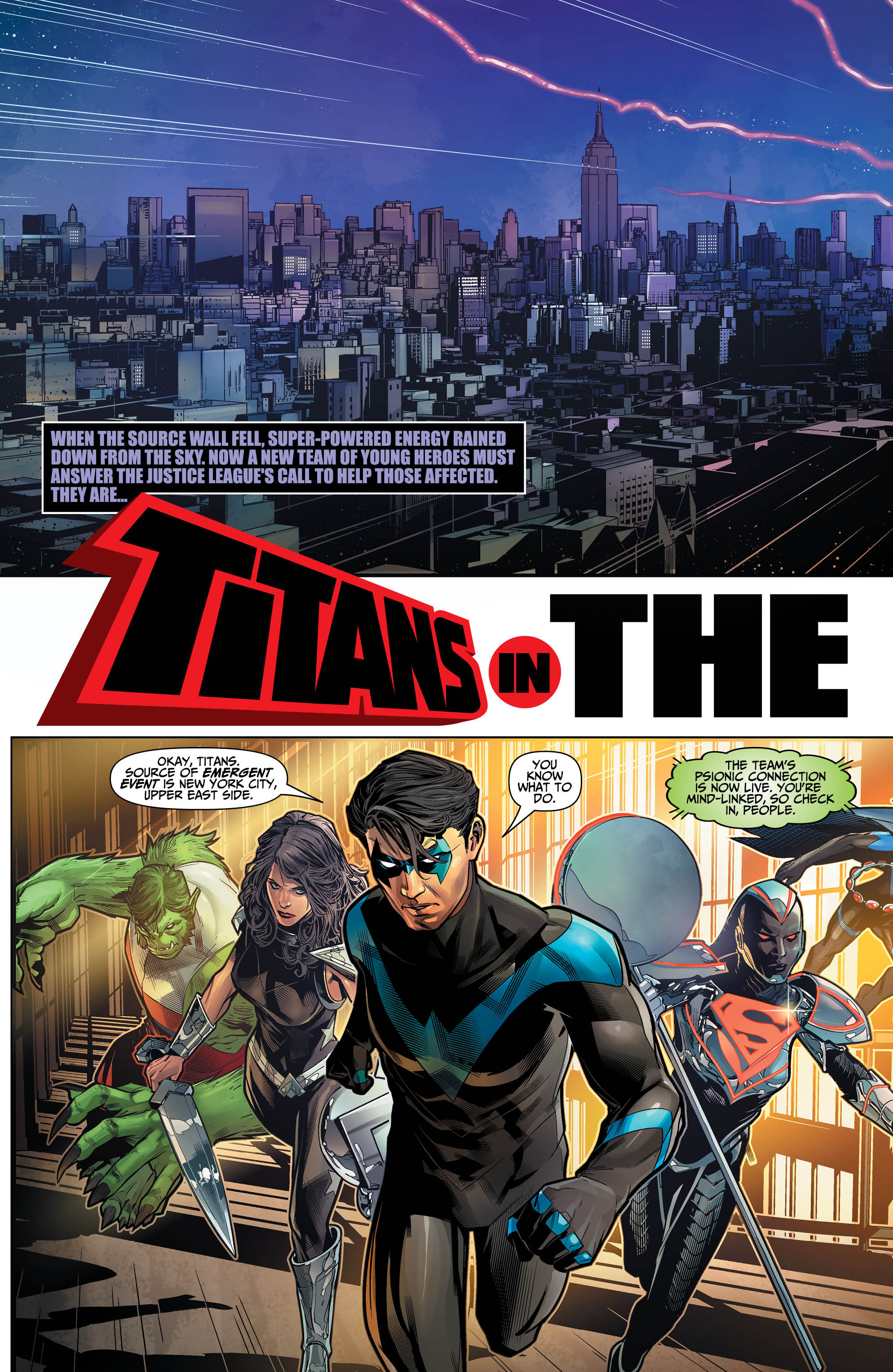 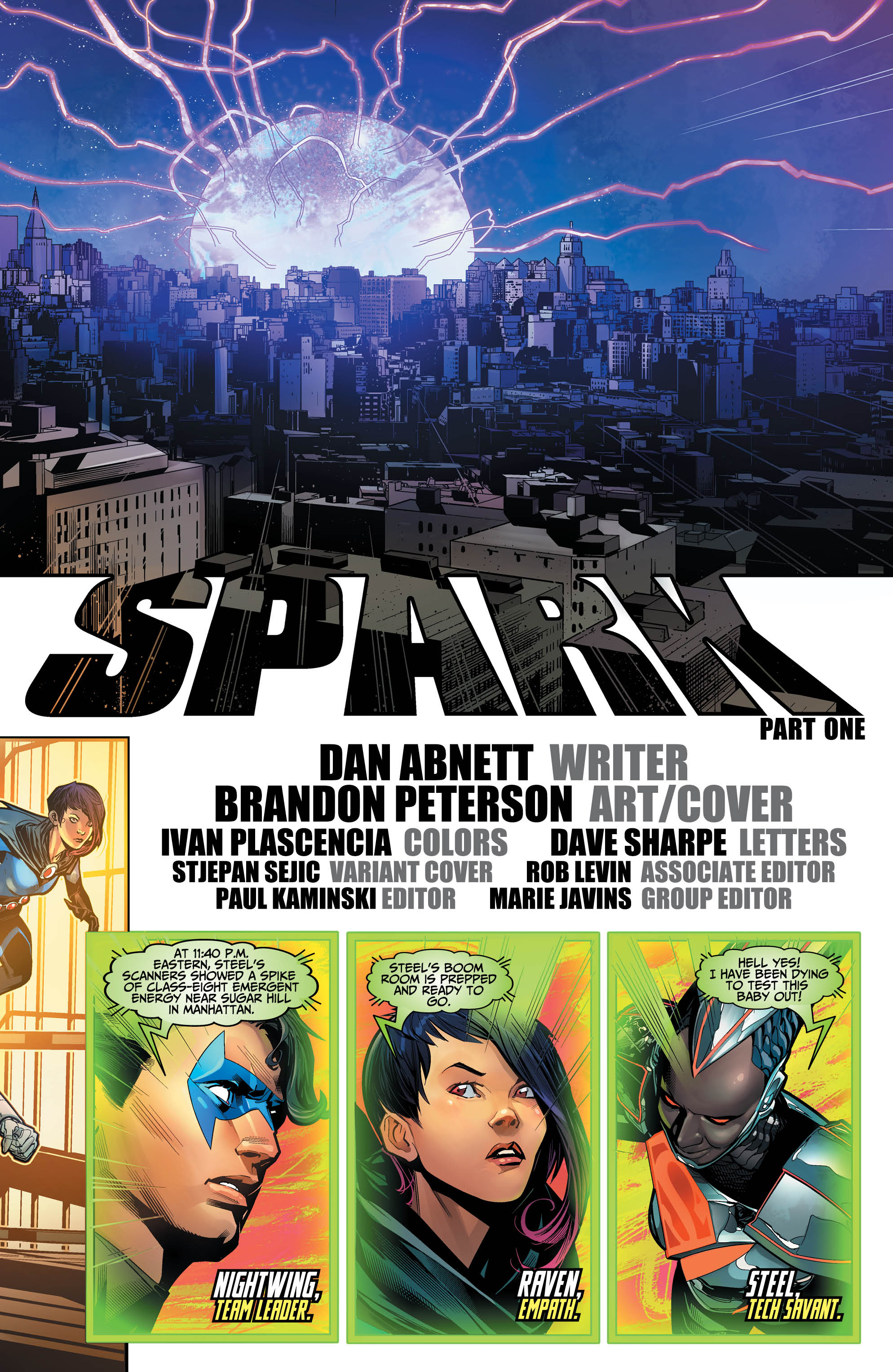 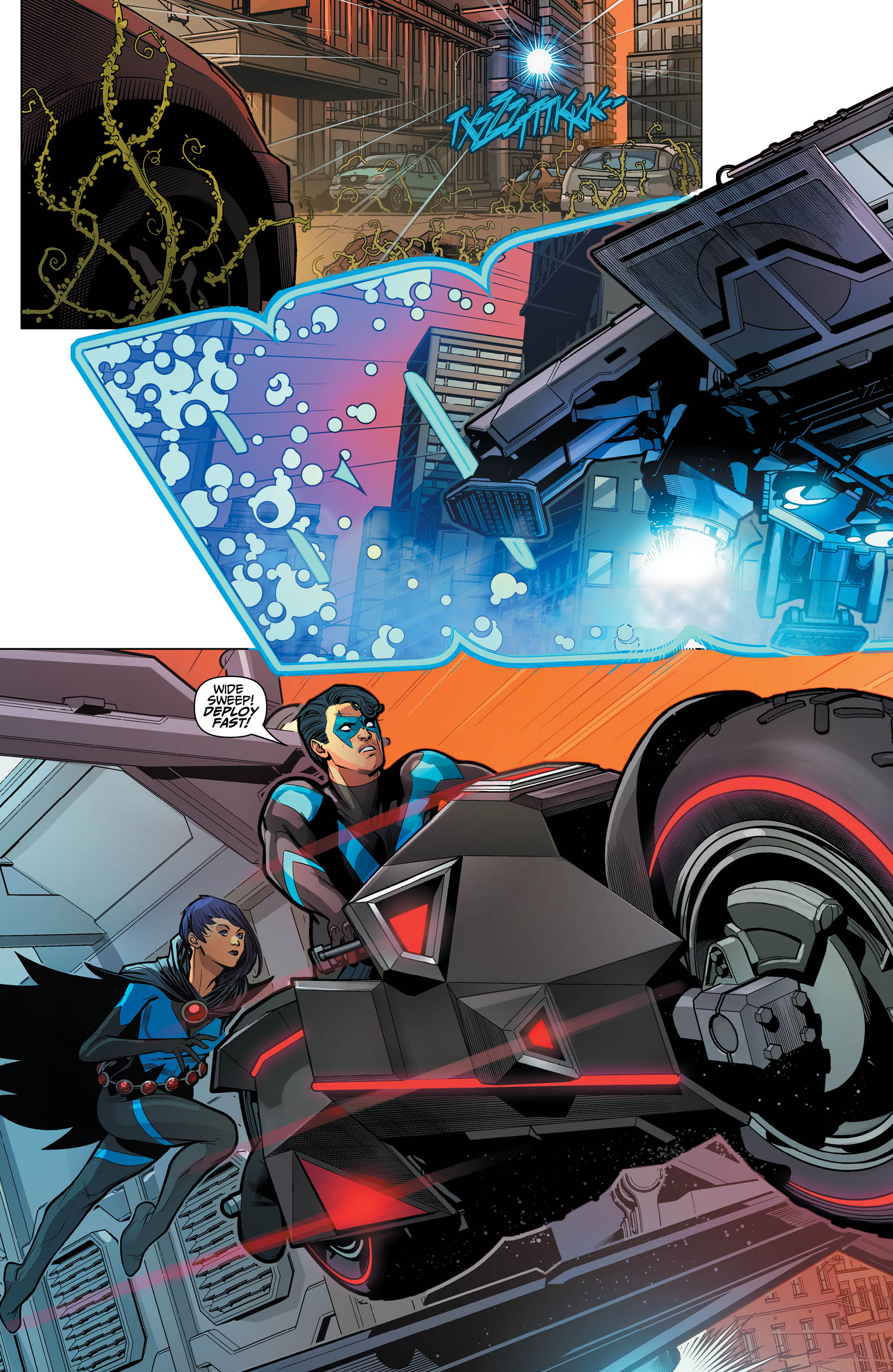 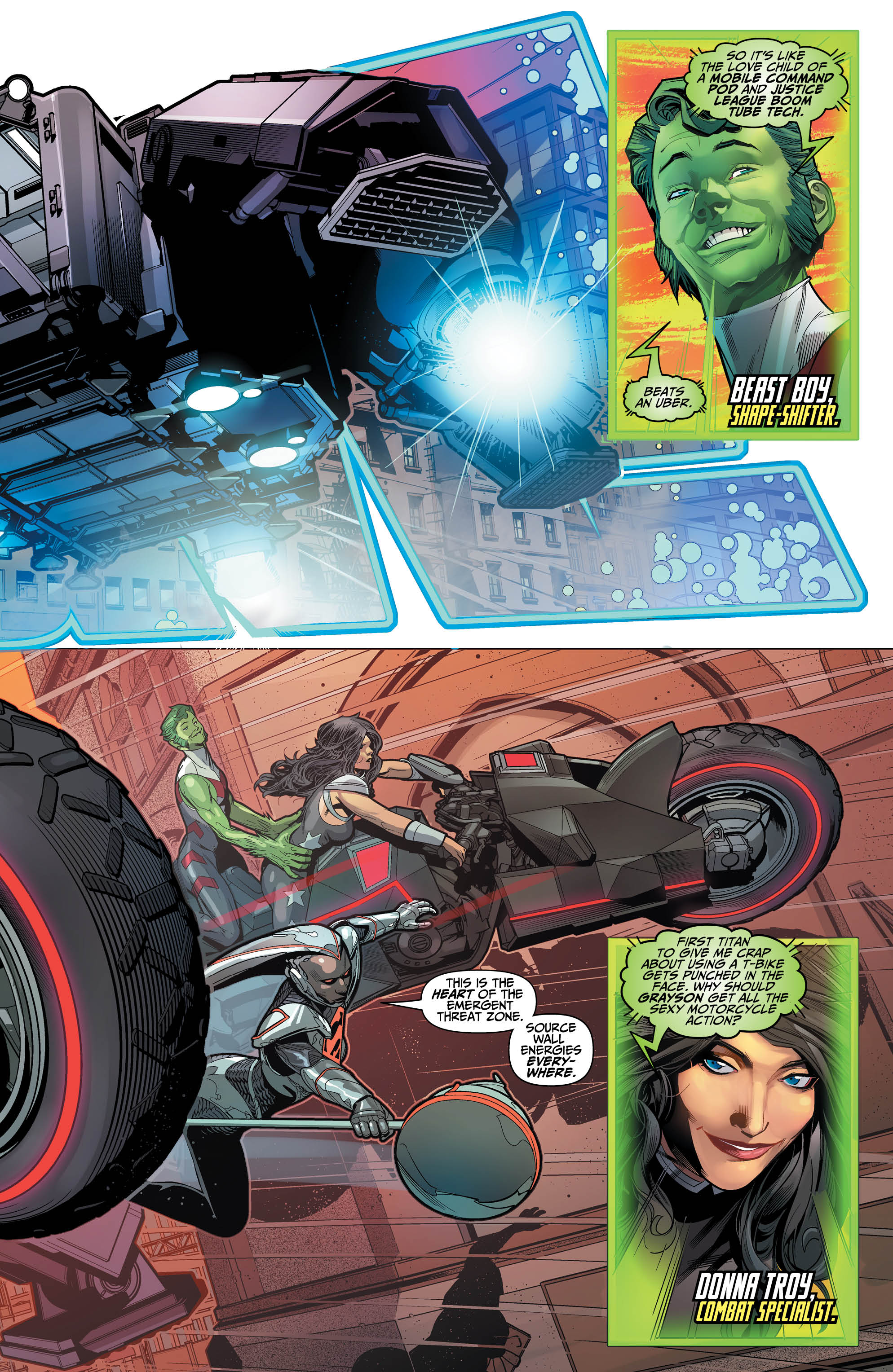 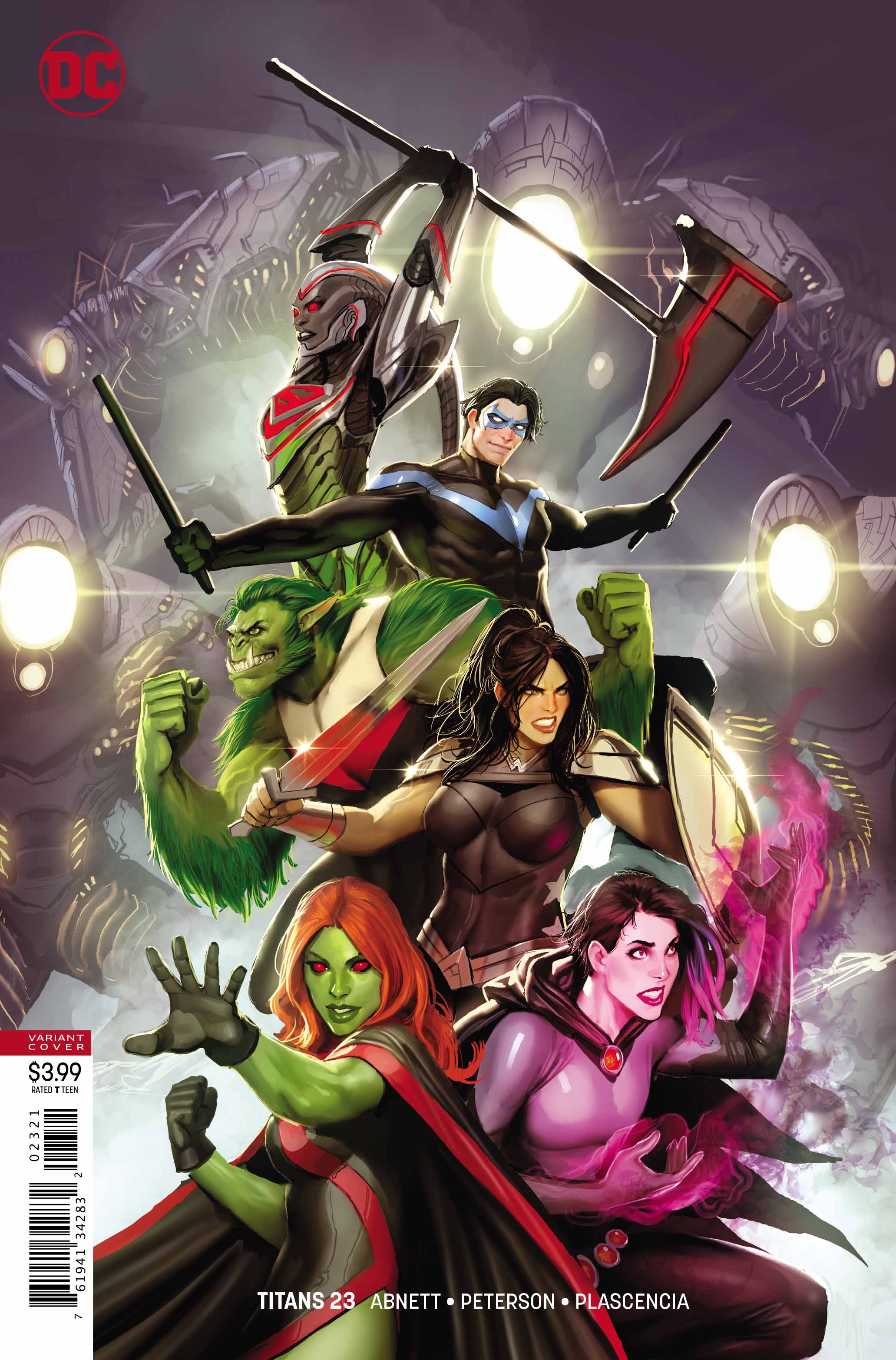 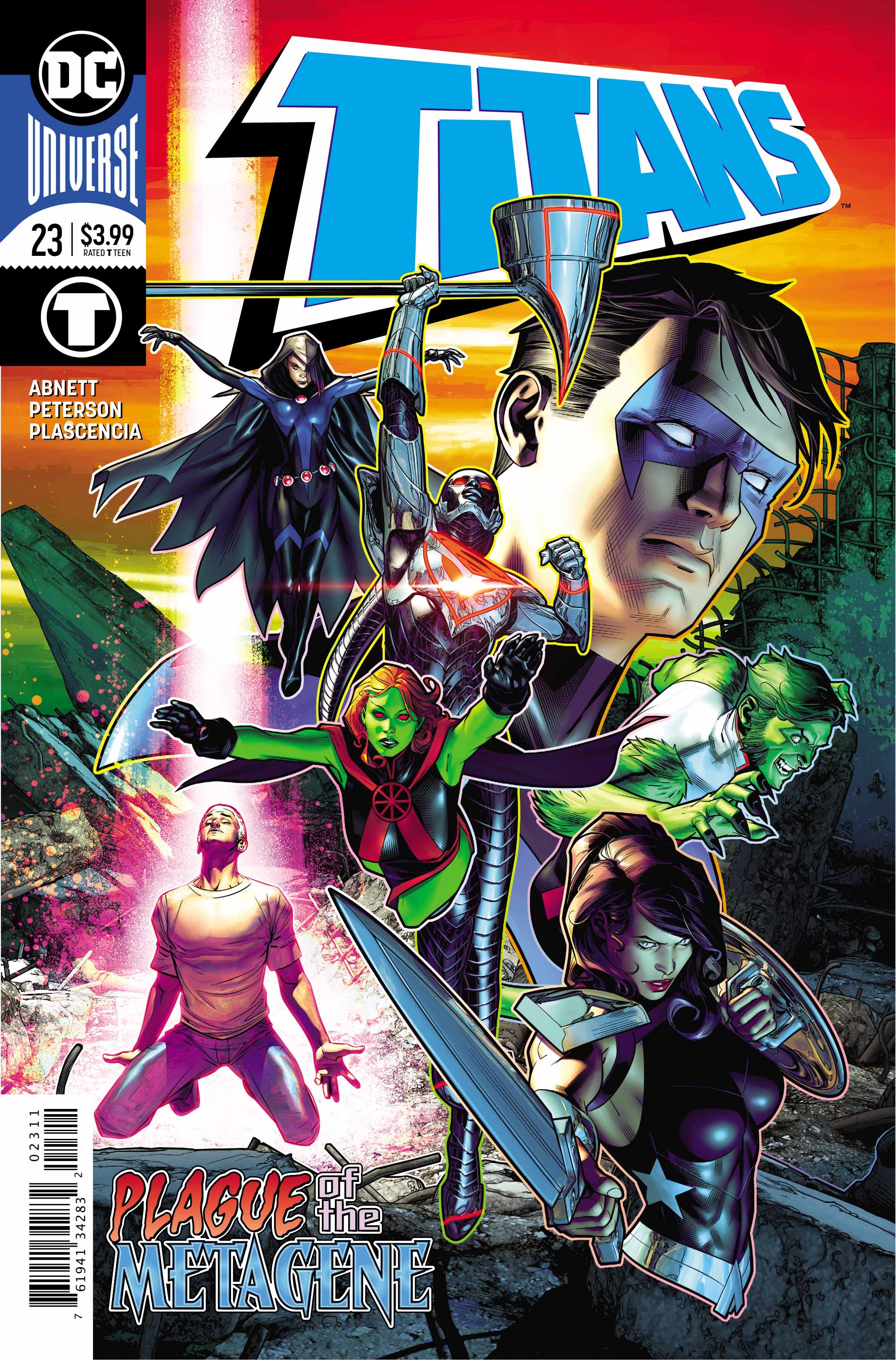 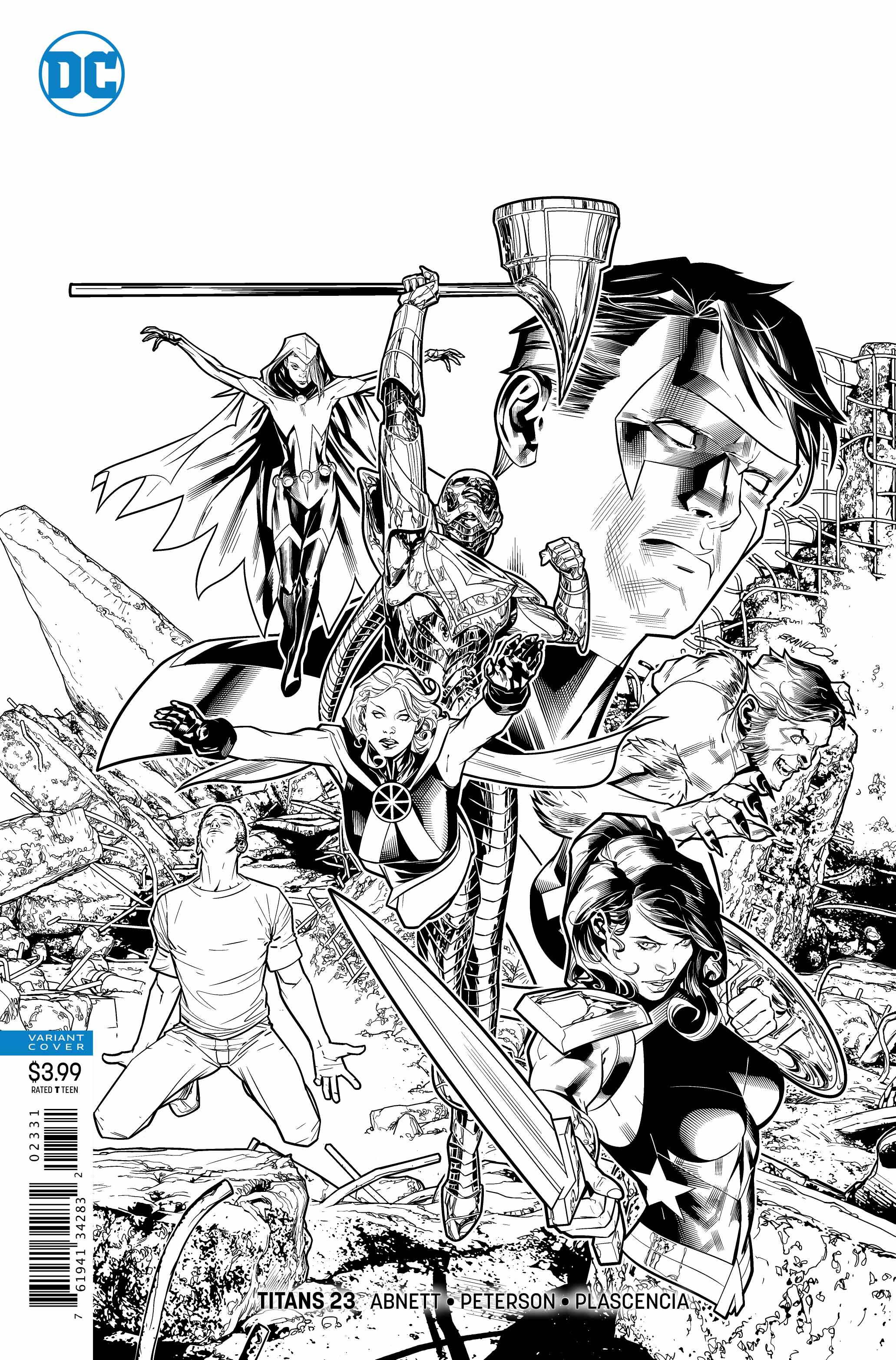 During the story, empathy seems to be the secret sauce to calming fears, but it doesn’t work for all. One affected human becomes an ally while another turns to evil. Suffice it to say things don’t end well! These events leave the team reeling. Fissures arise from Miss Martian’s insubordination. Readers then learn that Miss Martian’s presence is even more subversive than first realized. Secrets abound!

The whole story feels a little familiar for this group, yet Abnett has proven storytelling chops and these Titans are safe in the hands of this creative team.

The art in Titans #23 is solid. Brandon Peterson’s cover is exceptional. Action-packed panels with exciting splash pages made this an exciting read. The pacing is smooth and its rendering and action flow well with the narrative.

Thanks to Miss Martian, the team communicates through a psychic connection which is depicted by unique thought bubbles. However, some places drop these bubbles for more traditional dialogue. It’s confusing as to who is speaking and how Miss Martian is able to communicate through dialogue rather than psychic rapport.

This critique may seem hyper-sensitive, but I noticed myself distracted and pausing enough to mention it. Overall though, the issue is beautiful and compelling.

Titans #23 is the continuation of an ongoing story told through the formation of a new team. Still, the implications of past narratives run deep. I fear new readers will struggle to connect without a thorough introduction to prior events.

Thanks to recent media, such as the highly acclaimed Young Justice cartoon, readers may find familiarity with Miss Martian. However, Dan Abnett’s iteration of her character in this comic felt very different. Titans #23 is a good jumping off point for solid storytelling, yet it felt strangely familiar. Even so, I’m eager to see what Abnett and team have in store for this group, and how they will differentiate this title from the pack!

Joaquin Phoenix Locked In As Joker For Prequel Movie