Review: Batman-Prelude to the Wedding- Red Hood vs. Anarky 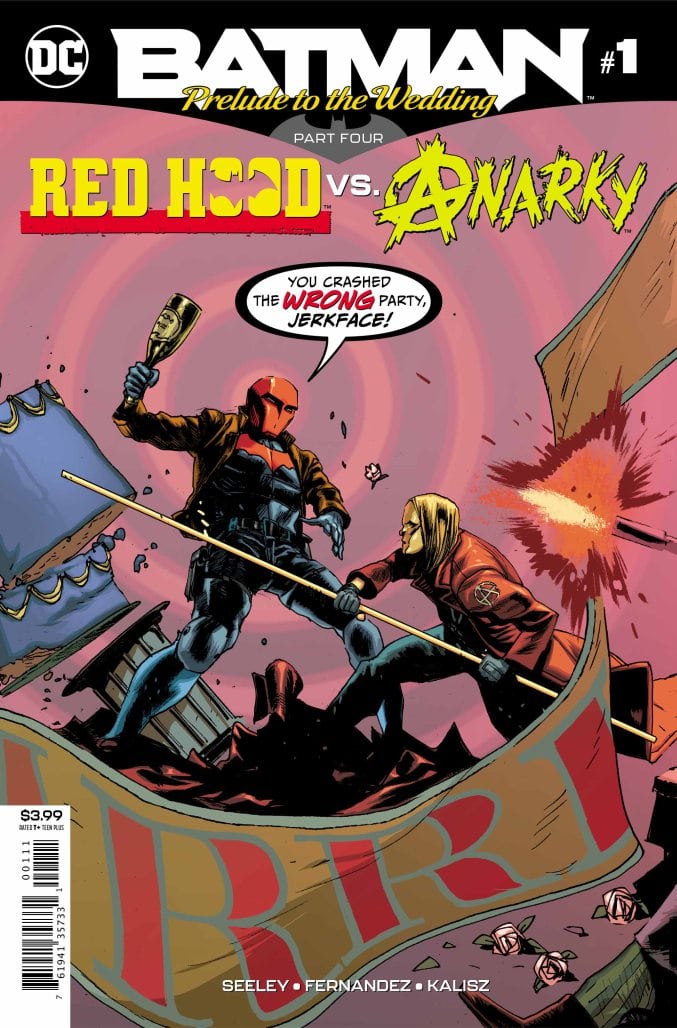 Seeley gives the readers yet another seemingly random match-up between a Bat-ally and a foe in the form of Red Hood versus Anarky. Fortunately, Seeley compares and contrasts the two protagonists in an interesting way.

Anarky is a Bat-villain that seems to be a bit of clean slate. He appeared only in once so far since the Rebirth reboot, allowing writers to tweak his character a little. Seeley still instills Anarky’s trademark anarchist agenda into the character, but with a twist. He exploits fanatics across the political spectrum to serve his own plans. The idea of Anarky being above the liberal or reactionary ties is not a new one. But Seeley gives Anarky a more villainous twist where he manipulates people to serve his own means. It makes him more conniving and calculating as an enemy. 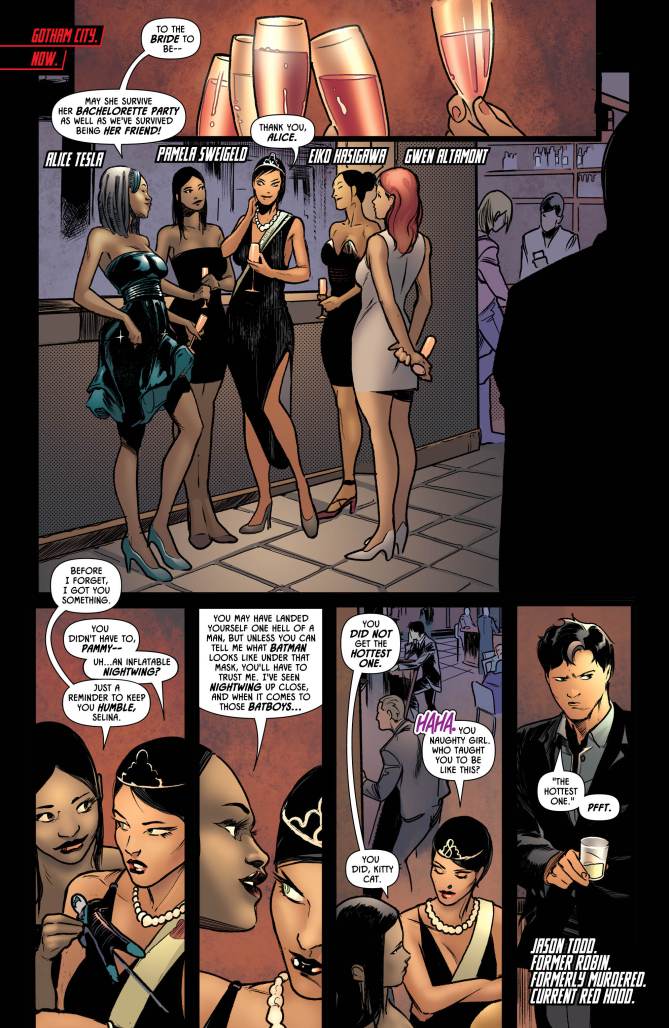 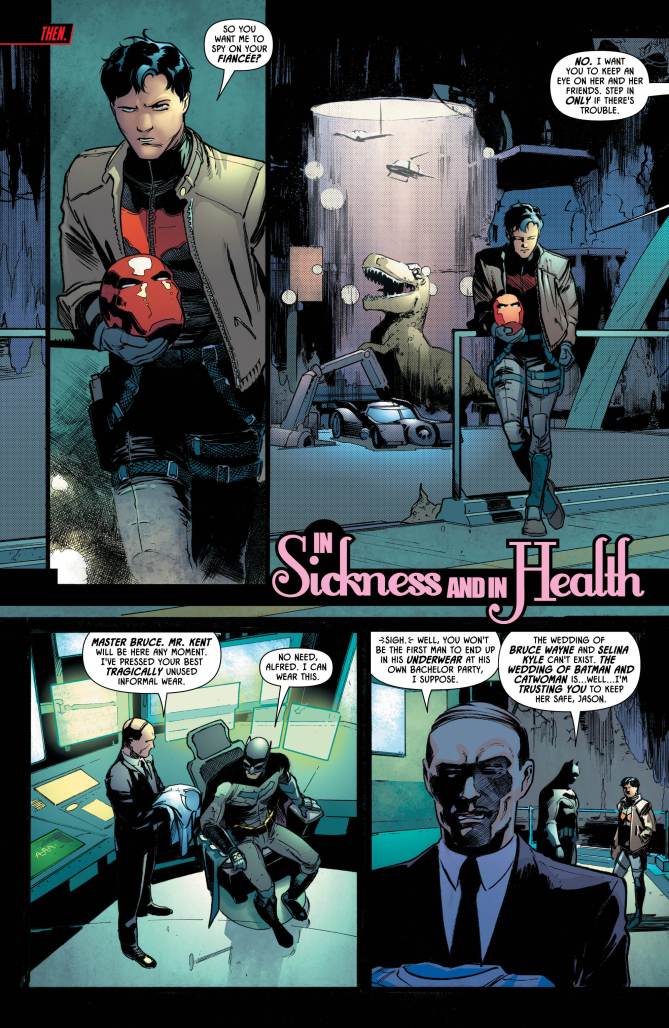 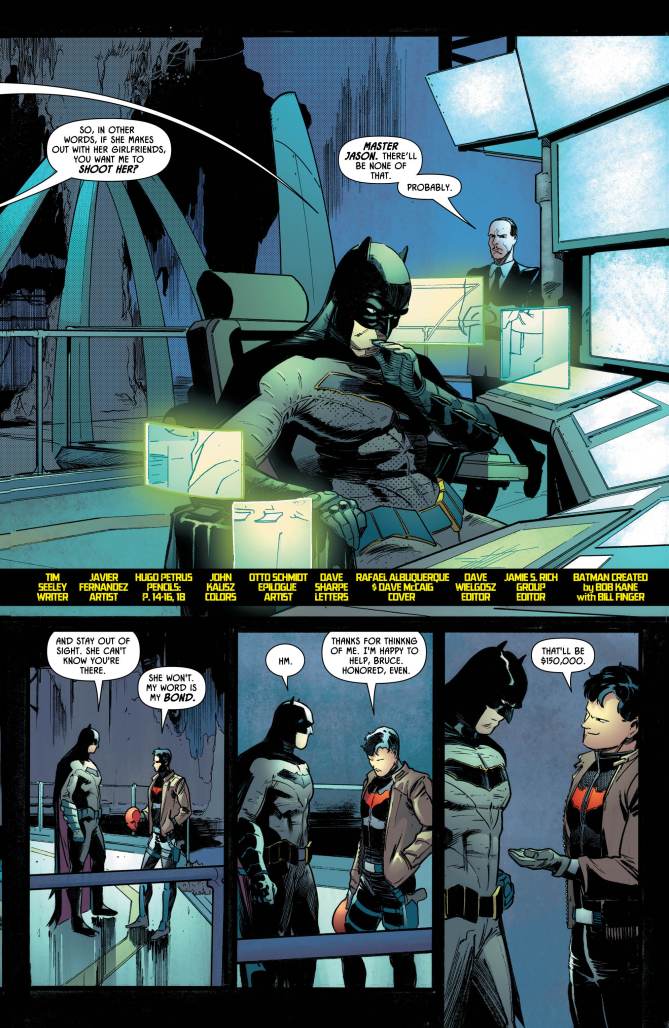 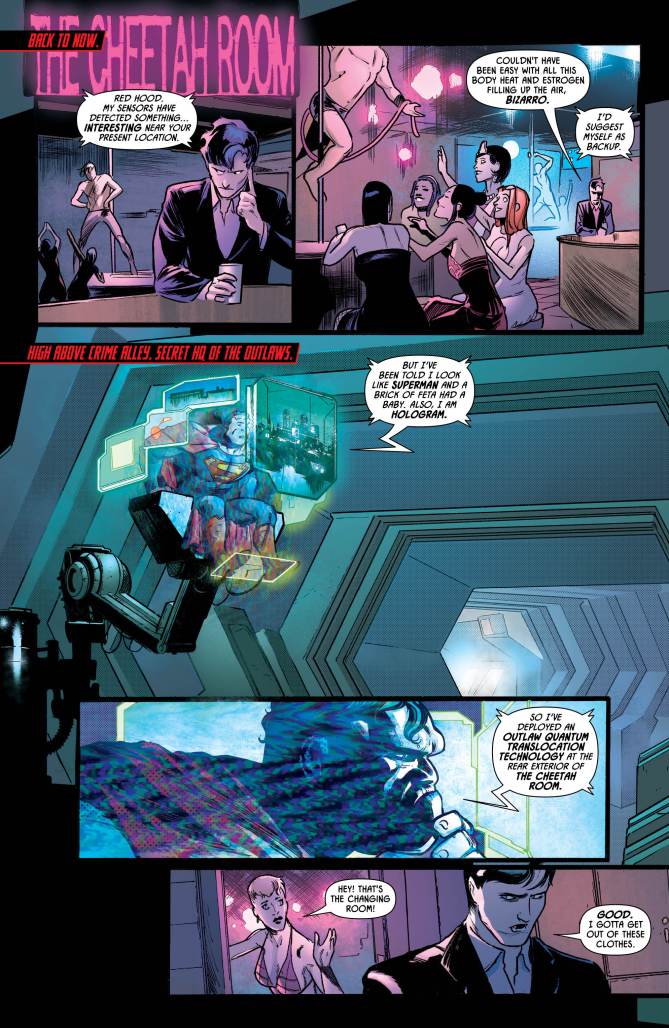 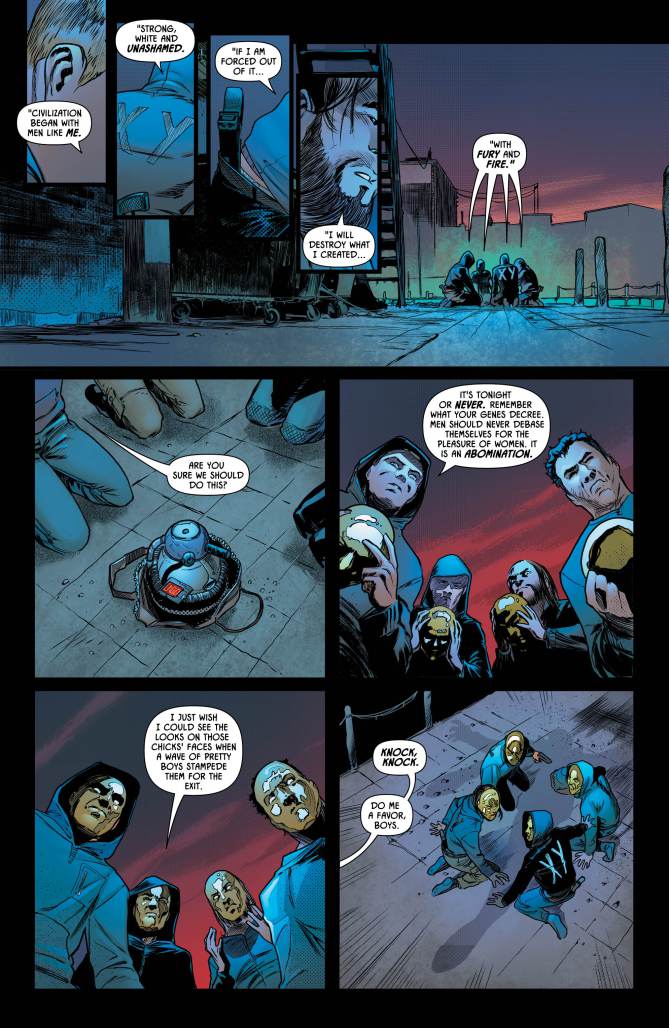 Anarky’s connection to Red Hood is an okay one as well. There is a strong and relatable motivation for Anarky’s actions that resonates with the Red Hood. While interesting, it is not as compelling as the Nightwing-Hush connection. Part of that reason is because it makes Batman look like a jerk to Red Hood. The other reason is that it does not really reveal anything new about the Red Hood. The “revelation” of how the Red Hood and Anarky are connected is surface-level stuff. We know that Hood has always had a dysfunctional need to please Batman. The characterization is not bad, it is just shallow.

Another frustrating aspect about the one-shot it carries very little wedding details. On the bright side, it shows Catwoman’s bachelorette party. However, for a comic about the Red Hood, we do not know his feelings on the Bat-wedding. Isn’t this the purpose of these spotlight issues? At least the plot relates more to the wedding that, say, the Batgirl vs. Riddler special.

Artist Javier Fernandez does a serviceable job too. His kinetic style makes the action look fluid and dynamic. However, some of his panel composition is weird. In some of the action scenes, he chooses to place the “camera” at odd angles that makes it difficult to understand what is going on. It leads to occasional confusion in a fight sequence.

The Red Hood-Anarky is a breezy, vapid issue that showcases good characterizations and a decent plot. It is not the worst of the wedding specials, but not the best either.

Review: The Brave And The Bold #5