Back in 1997 the world eagerly awaited the release of Batman and Robin starring Arnold Schwarzenegger as Mr. Freeze. The following year we got the Mr. Freeze movie that everyone actually deserved!

Released in 1998 Batman & Mr. Freeze: Sub-Zero did what the animated series always did, showed it’s live action counterparts how it should be done. Released direct to VHS, Sub-Zero proved once again why Batman: The Animated Series was THE animated series of the ’90s. With a mature story and amazing animation this movie is simply a must have for any Batman fan.

Now, finally this fantastic movie is finally being remastered and is coming to Blu-Ray on March 27th . It is packed with bonus features as well as four episodes from the animated series that featured Mr. Freeze, including his appearance in Batman Beyond.

To celebrate the release Warner Archive Collection will also be hosting an hour long panel at WonderCon on Friday, March 23rd with special guests and featuring remastered footage from the Blu-Ray. 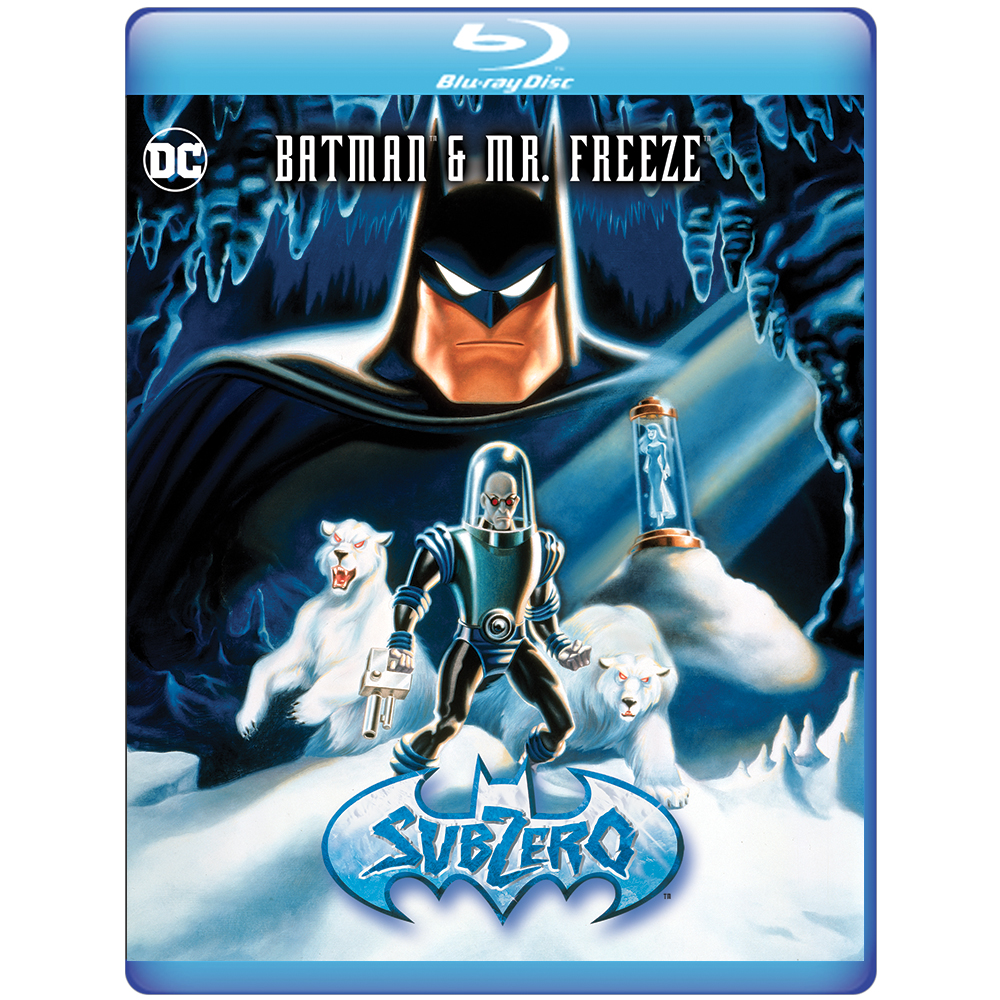 To hail the arrival of Batman & Mr. Freeze: Sub-Zero on Blu-ray™, WAC will host an hour-long panel at WonderCon on Friday, March 23 at 1:00pm in Room 300B. Warner Archive Podcast hosts D.W. Ferranti & Matthew Patterson and some surprise guests will show remastered footage and discuss the film and the evolution of Mr. Freeze from a goofy villain into an endearing multi-dimensional character who just wants to find a cure for his dying wife.

Originally released as a direct-to-video film on March 17, 1998, Batman & Mr. Freeze: Sub-Zero
will be released on Blu-ray™ in its original 4×3 Fullframe aspect ratio. The 67-minute film will be accompanied by several special features, including Art of Batman: Music Montage; Get the Picture: How to Draw Batman; the film’s theatrical trailer; and the Batman: The Animated Series/The Bew Batman Adventures/Batman Beyond “Mr. Freeze Saga” in chronological order – four episodes entitled “Heart of Ice,” “Deep Freeze,” “Cold Comfort” and “Meltdown.” The episodes will be presented in standard definition.

In Batman & Mr. Freeze: Sub-Zero, Batman faces his coolest case ever when Mr. Freeze returns to Gotham City and kidnaps Batgirl. While unraveling the mystery of Batgirl’s disappearance, Batman and Robin discover that she is part of Mr. Freeze’s frigid plan to save his dying wife – no matter what the cost. With time running out, Batman and Robin must find Gotham’s most cold-blooded villain and prevent him from putting Batgirl “on ice” forever.

Batman & Mr. Freeze: Sub-Zero is directed by Boyd Kirkland, who also helmed 21 episodes of Batman: The Animated Series as well as serving as a sequence director on Batman: Mask of the Phantasm. The script is written by Kirkland and Randy Rogel, who penned nine episodes of BTAS – but is probably best known for his prolific songwriting on Steven Spielberg Presents Animaniacs. Andrea Romano (of course) served as casting and dialogue director.

The film was honored as the Annie Award winner for Best Home Video/Animation.

The voice cast is led by Kevin Conroy, the preeminent voice of Batman, who went head-to-head with Michael Ansara (Guns of the Magnificent Seven, Harum Scarum) as he also reprised his BTAS role of Dr. Victor Fries/Mr. Freeze.

“Watching Michael Ansara portray the anguish and passion in Freeze’s love for Nora was beautiful,” recalls Conroy. “It was an acting lesson.”

BATMANand all related characters and elements are trademarks of and © DC Comics.  © 2018 Warner Bros. Entertainment Inc.

Warner Archive Collection (WAC) continues to serve as host to some of the most beloved films, television series and animated entertainment in history – and many are now available on Blu-ray. WAC’s canon runs the gamut from restored and remastered Blu-ray classics such as The Americanization of Emily, The Big Sleep, The Great Race, She Wore a Yellow Ribbon, Victor/Victoria and Yankee Doodle Dandy to adored TV offerings such as Longmire (on Blu-ray), Alice and Family Matters (on DVD) to feature-length animated films, including the recent Blu-ray release of Batman: Mask of the Phantasm, to animated TV series headed by recent Blu-ray releases such as Justice League Unlimited and Young Justice and a wealth of classic animated series on DVD including dozens of Hanna-Barbera classics. WAC offerings can be found via wb.com/warnerarchive and your favorite online retailer.