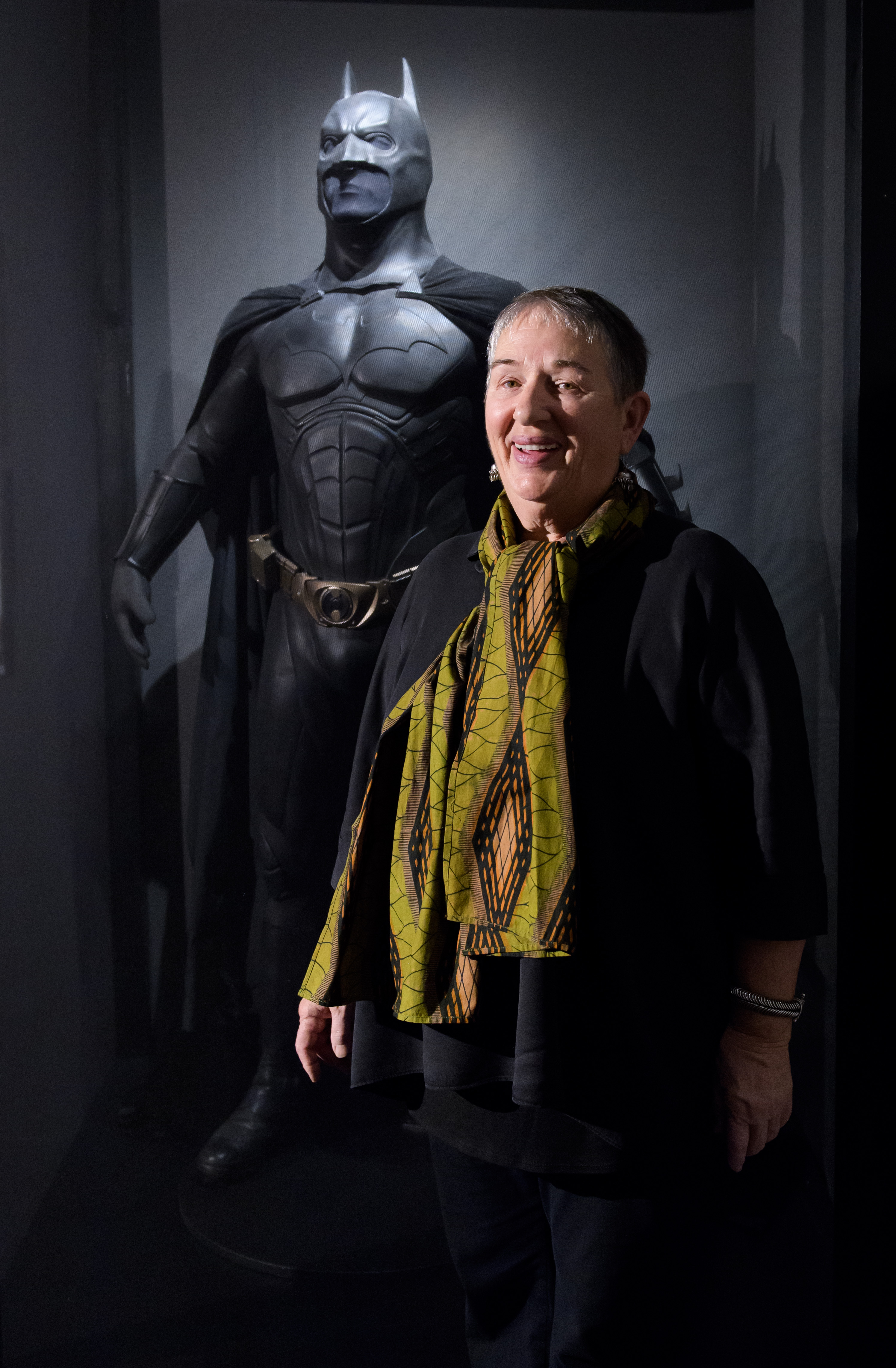 Lindy Hemming is the Academy Award Winning costume designer for Topsy-Turvy. Her designs have graced domestic comedies such as the hilarious Four Weddings And A Funeral, action blockbusters like Angelina Jolie’s Tomb Raider, TWO James Bond movies, and the family classic Harry Potter And The Chamber Of Secrets.

Her designs and original costumes for these legendary Bat movies are on show at the excellent DC Exhibition: Dawn Of Superheroes, which opens today in London, and is running until September. I was fortunate enough to attend the press preview for this amazing event yesterday, a day before it opened to the public. Lindy was there, and I was honored to sit down and chat with her about her amazing career.

This is the first of a two part interview. Please head over to DC Comics News, where we talk about her incredible work on Wonder Woman. 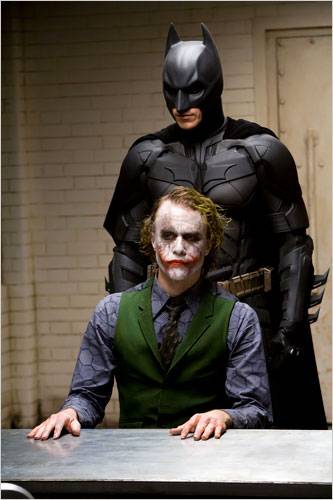 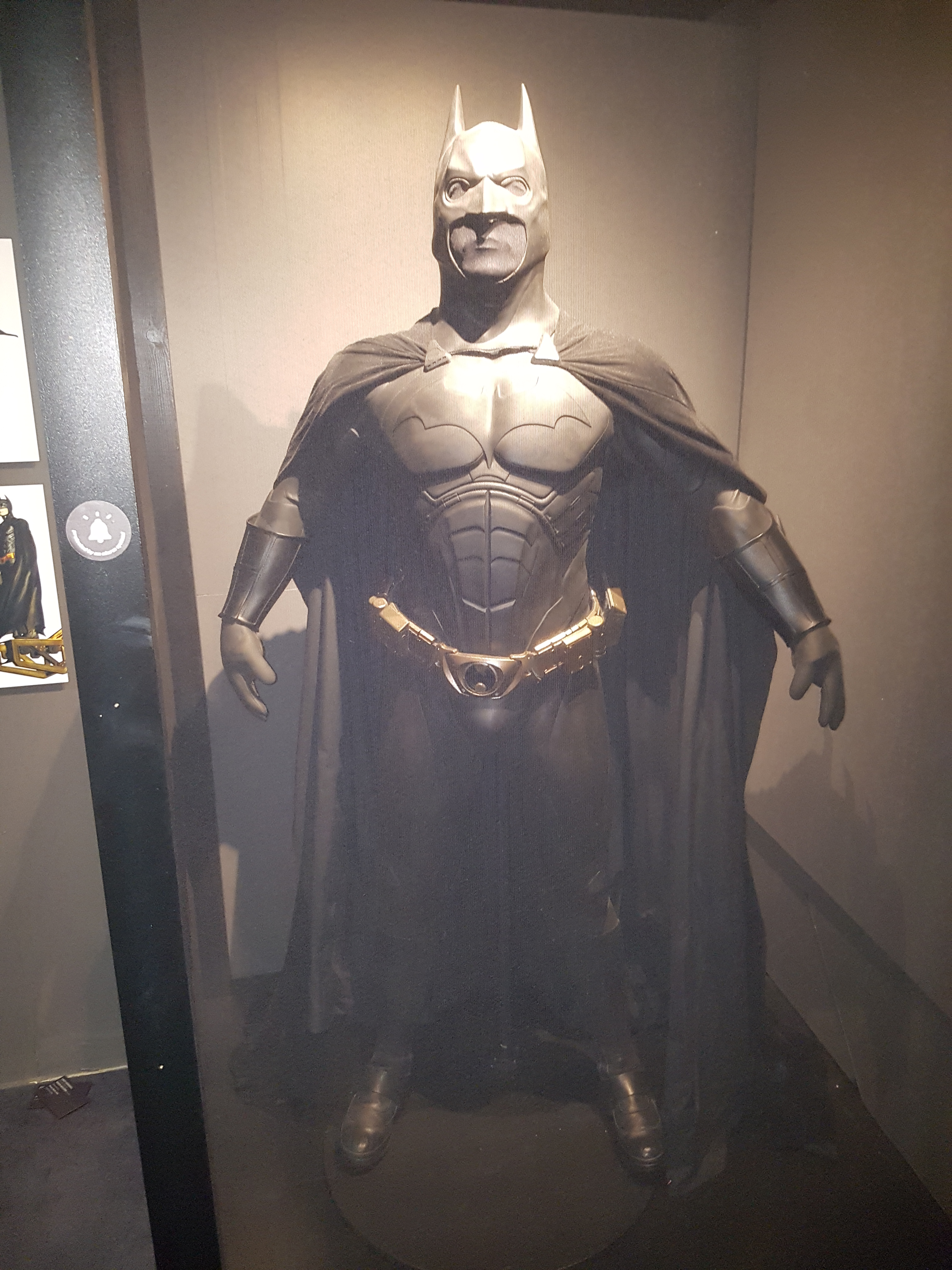 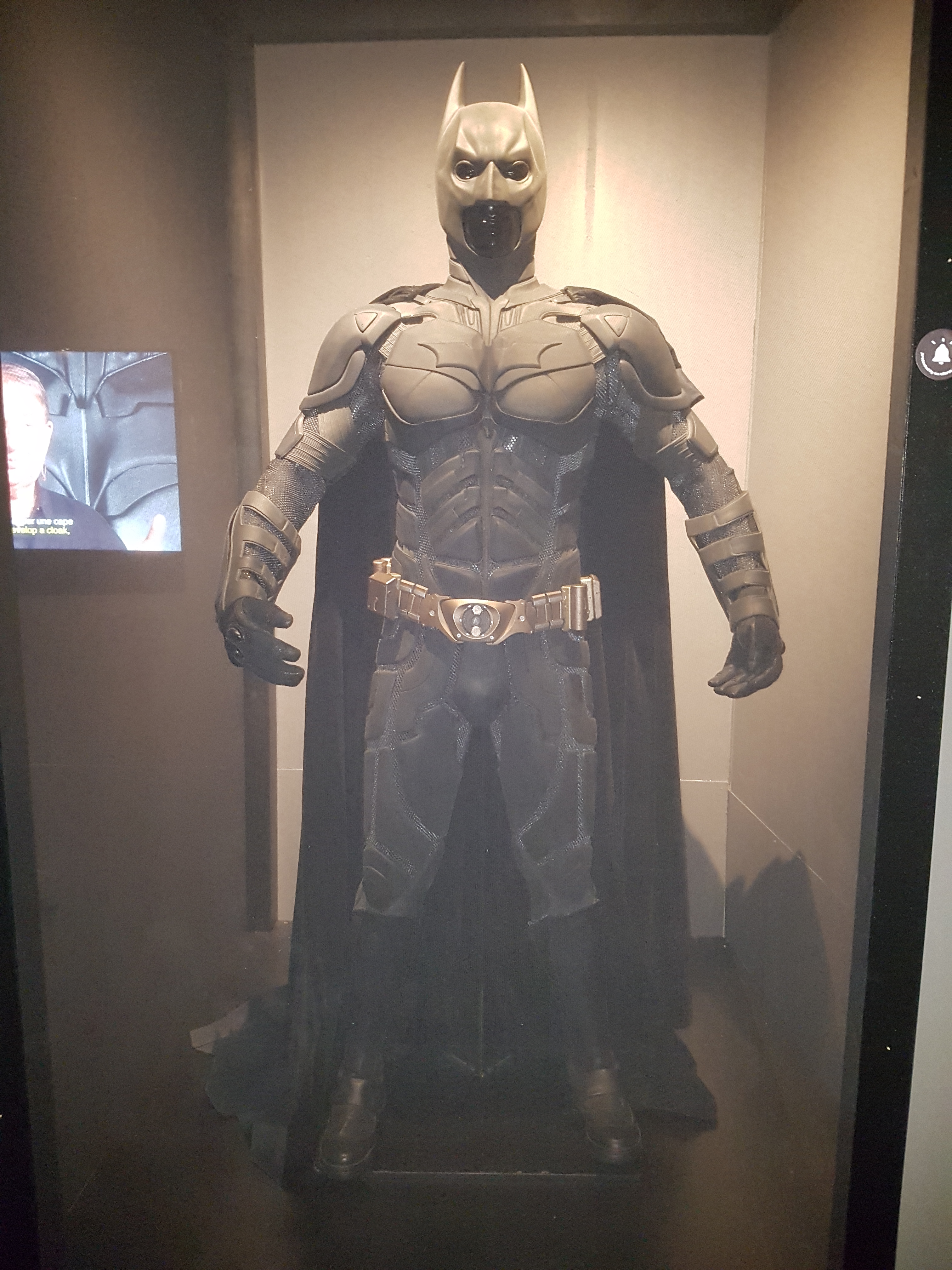 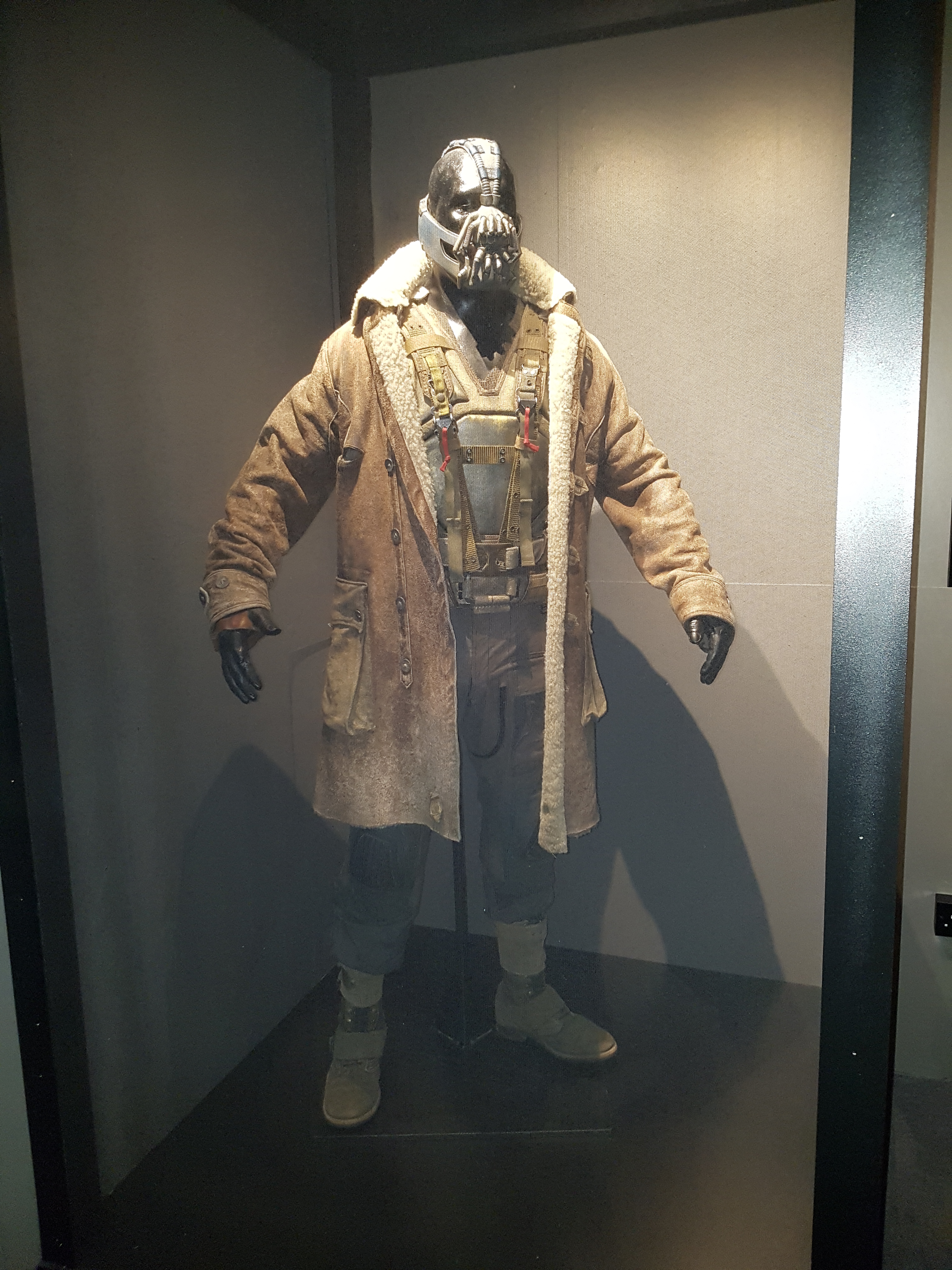 Dark Knight News: Lindy, thank you so much for taking the time to talk to me, and to all the press and fan-sites in attendance today.

Lindy Henning: Thank you, Steve. It’s lovely to speak to all these young, enthusiastic and friendly people. I’ve been asked some really great, and insightful questions.

DKN: Let’s hope I can continue the trend! What I love about you is your love for your work. Throughout today, your enthusiasm, and joy hasn’t wavered, even though you’ve clearly got a bit of a cold. But I understand that you didn’t start your career as a costume designer.

LH: That’s right. I actually started in stage management. I studied at the Royal Academy of Dramatic Art, and found that many of the costumes hadn’t been well maintained, or in some cases not been very well made to start with. This led me to design costumes for productions at West End theatres, for the Royal Shakespeare Company and the Royal National Theatre.

DKN: This led, of course to a great career in costume design for cinema, including Christopher Nolan’s “Dark Knight Trilogy” and your wonderful work on Wonder Woman.

DKN: How different is working on something like Four Weddings, as compared to a Batman movie?

LH: Working on contemporary cinema is actually harder. With a superhero movie, capes and armor, it can move into the dimensions of fantasy. With something like Four Weddings, we have to make multiple costumes, which have to be worn over days, or weeks of filming by actors. Taken off, and put on again, remain comfortable, functional, and be ultimately durable. Because they just look like “ordinary” clothes, though, they don’t get the attention, or recognition that a Batsuit, or Amazonian armor do.

DKN: Wow. That’s actually fascinating, and not something that I would’ve thought about. 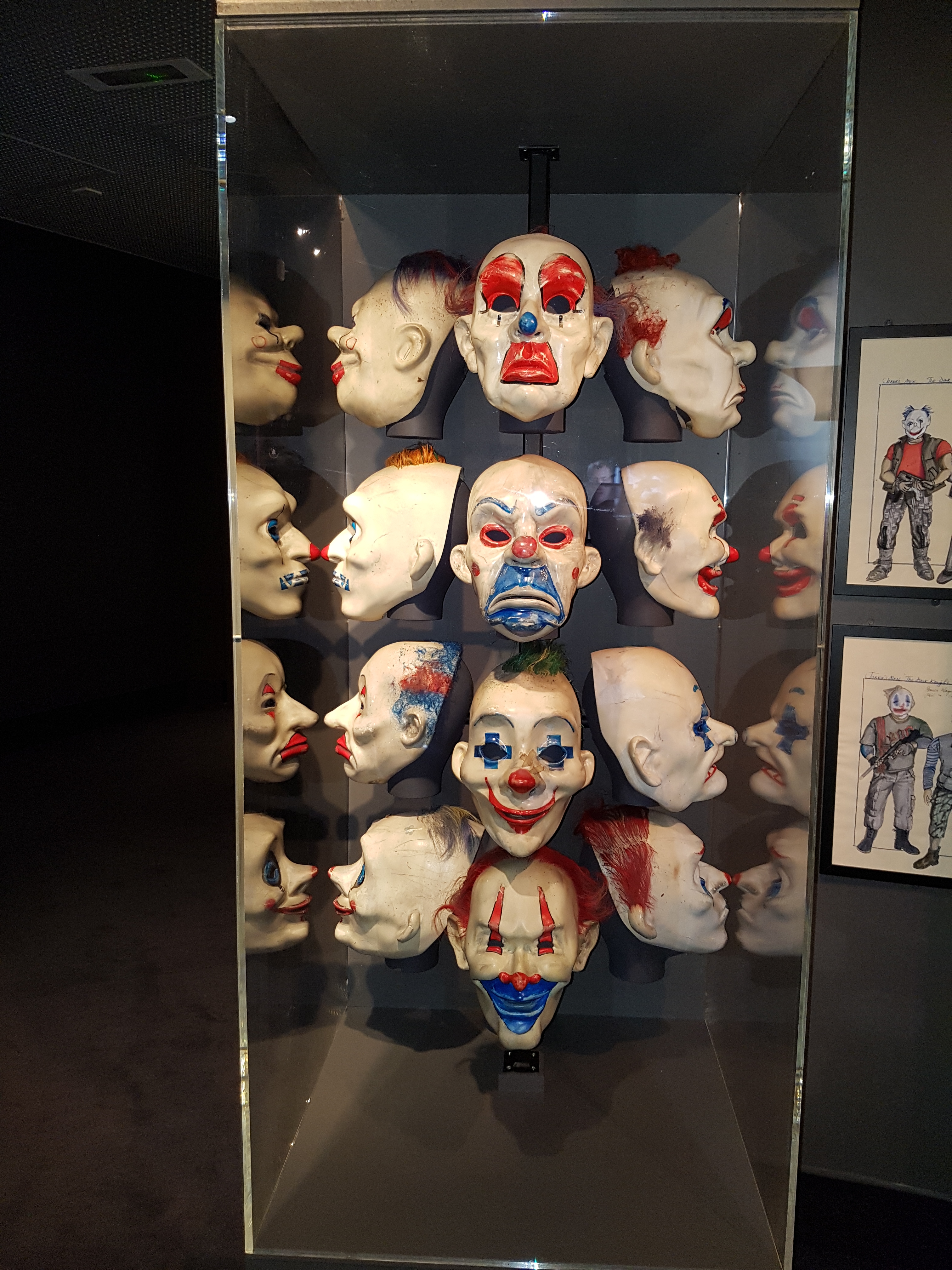 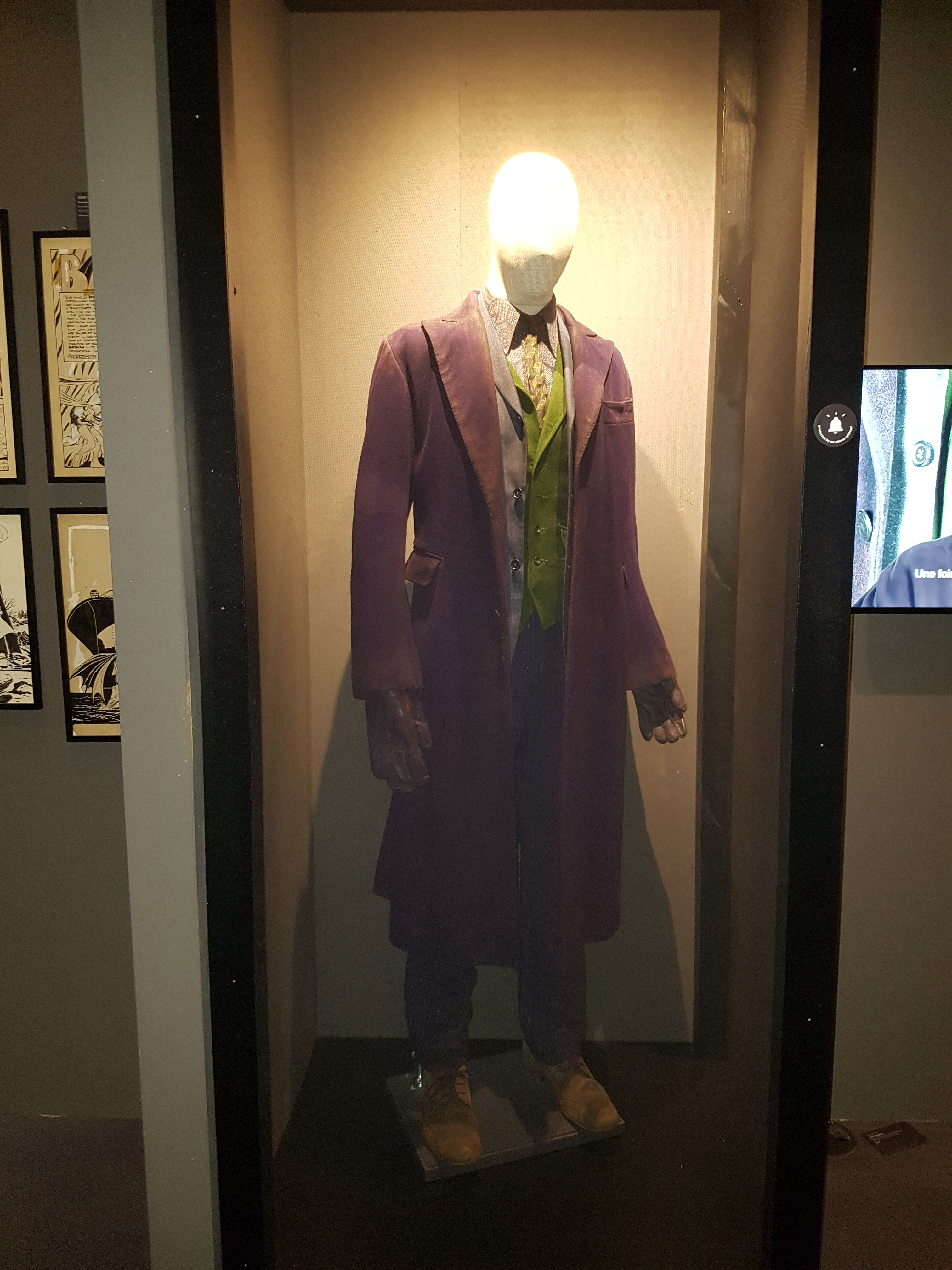 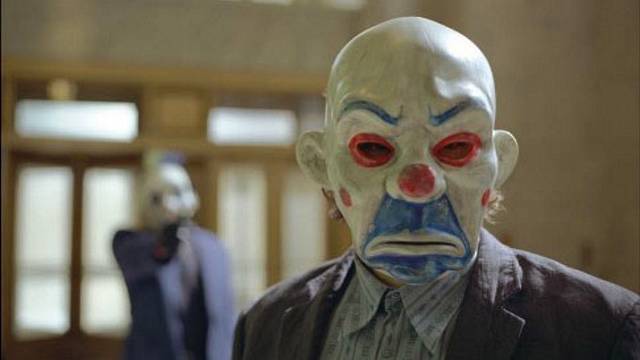 Being A Clown’s No Joke

DKN: I suppose then, that the Batman movies must’ve been a great transition point, then? Apart from Batman himself, and Scarecrow’s mask, in Batman Begins, almost all the other costumes are “real world.”

LH: Yes! That was a wonderful experience. On and off, I spent almost a decade living and working with (Christopher Nolan). He always wanted these films grounded in reality, he didn’t want them to feel like they were set in a fantasy realm, but in the here and now.

DKN: That’s one of their most successful attributes. Even the Joker’s costume is a far cry from the almost luminous purples of Cesar Romero, or Jack Nicholson.

LH: That was definitely on purpose. I do love the Joker and the Penguin from the Burton films, though. With our version, I took a different approach. A Joker or Jester is a medieval character. An entertainer for the courts, and for the masses. I tried to base our Joker on a rock star, who is probably our modern day equivalent. A Pete Docherty, an Iggy Pop, Keith Richards or Johnny Depp type. Someone with charisma and the ability to draw the eye, and hold the audience’s attention.

DKN: And he definitely does that! The story with clown masks is a fascinating one!

LH: It was a nightmare! Because this was a film with an international audience, we had to do some extensive research, and follow some strict, and bizarre guidelines. Professional clowns must choose a unique facial makeup design, and they have an unusual way of ‘protecting’ it from copycats. We could NOT use any design already in existence, and had to create new masks/makeup that had NEVER been used before. There are several registries, worldwide, with clowns’ faces painted on eggs. If ours were not totally new and unique, we wouldn’t have been able to use them. 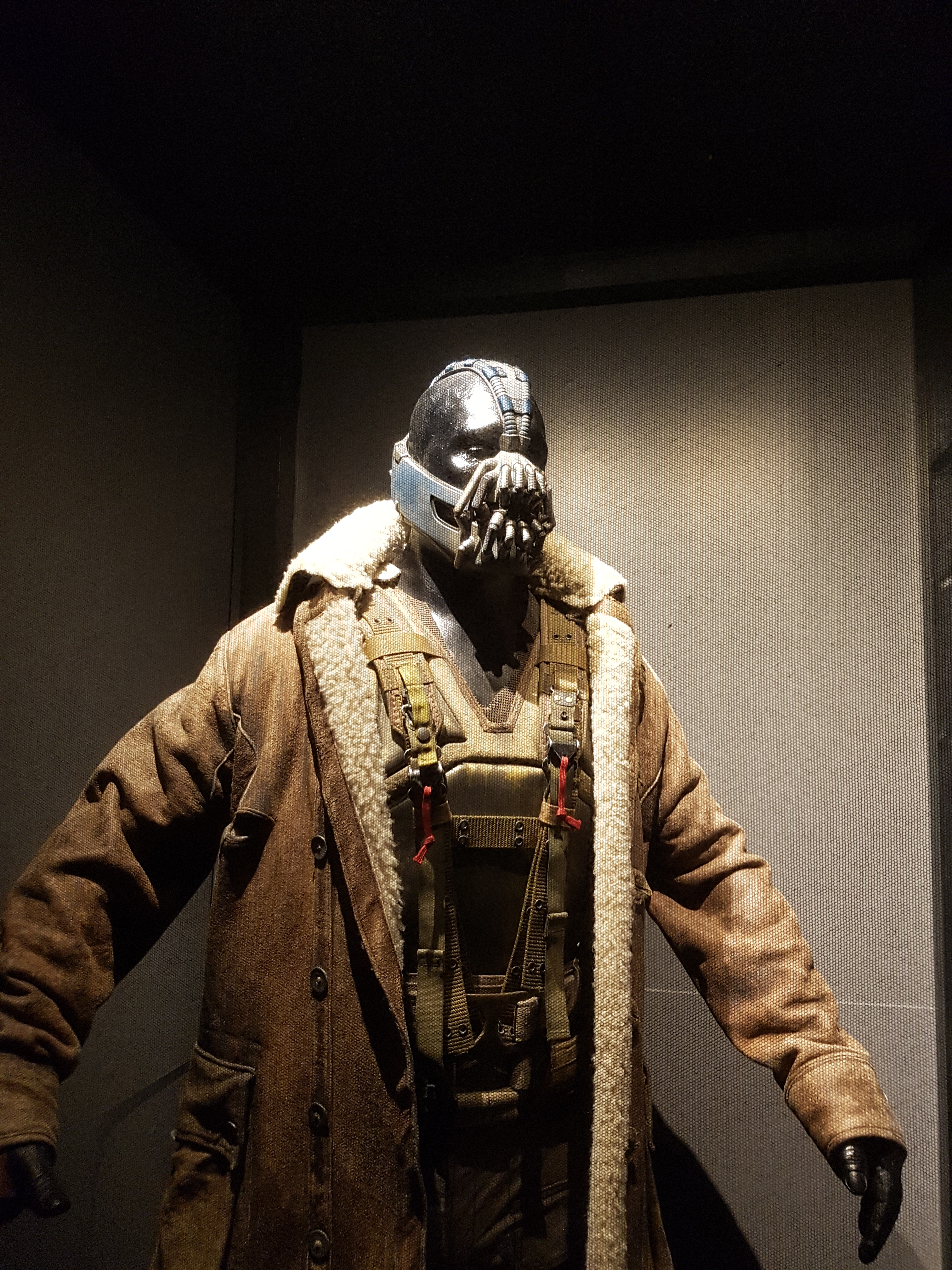 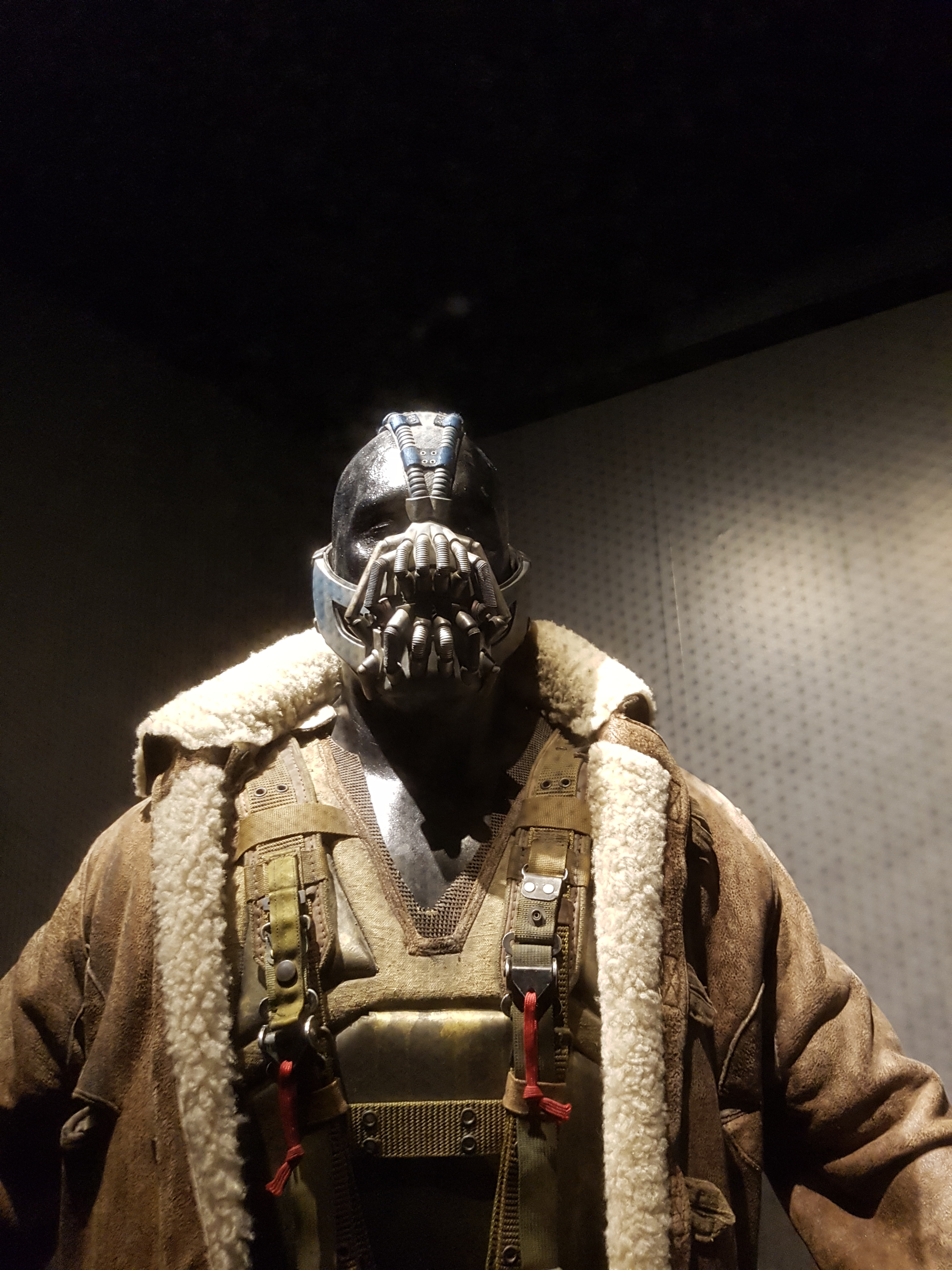 LH: Well, he’s the character where we went in completely the opposite direction.

DKN: How do you mean?

LH: Well, in the stories he’s really just like a circus strongman, with the mask of a wrestler. That’s something that’s very common and everyday. But then there are the tubes, and he grows stronger, and angrier, which is the fantasy element. Again, (Christopher Nolan) wanted a physical threat to Batman, but without the popping veins, and wrestler gimmick. Our Bane’s mask is based on a jet engine.

DKN: This is amazing!

LH: He’s a damaged individual. Damaged nose, lungs, labored breathing. This mask is like a fuel injection system, pouring oxygen into his lungs, and keeping him functioning. This fuels him to a level where he can stand his ground against, or even defeat Batman.

DKN: Lindy, thank you so much. This has been an amazing conversation, and I’ve learned so much.

That’s Not All Folks!

Keep an eye on our sister site, DC Comics News. This fascinating conversation with Lindy Hemming continues there… with Wonder Woman!