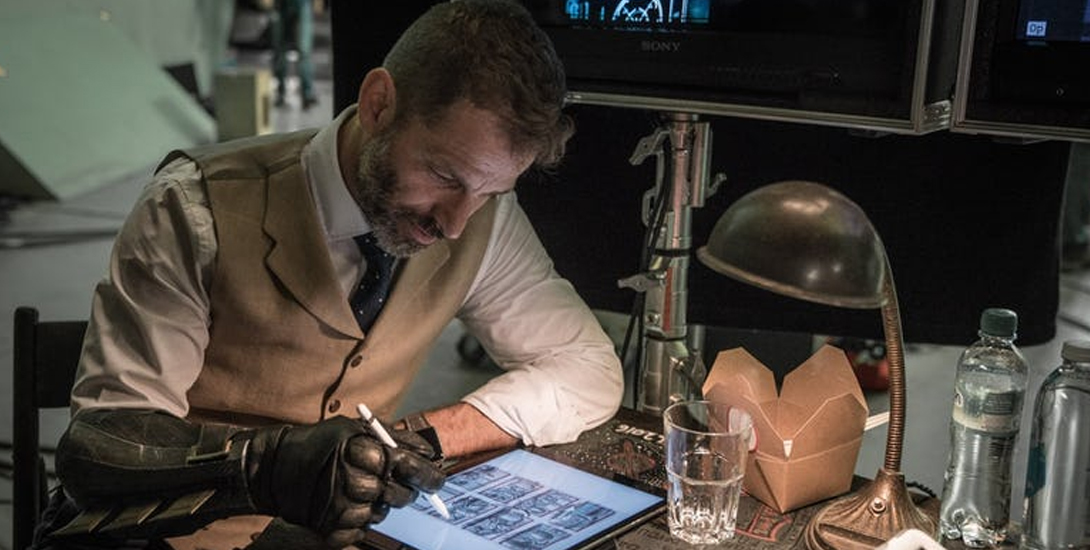 When the home release of Justice League was announced, it was revealed that the Bonus Features would include two never before seen Superman scenes that were cut from the film. The combined total time of the two scenes doesn’t even equal two minutes, but fans were excited for more Superman regardless.

It was then revealed that one of the scenes was Clark getting a new suit in the Kryptonian ship, with one of Zod’s armors and a black Superman suit planted in the background as Easter Eggs. The other scene was of Superman coming face to face with Alfred, as was teased in one of the trailers, but as we now know was cut from the film.

On Valentine’s Day, Zack Snyder posted to Vero, seemingly the social media platform of choice for the director, a photo of him and his wife, but the comments were more interested in the deleted scenes than the photo.

One comment asks “Did you watch justice league deleted scene?” Snyder responded as perfectly as he could’ve, “First off I shot them also I’ve been seeing them everywhere (in a good way) so yes.” 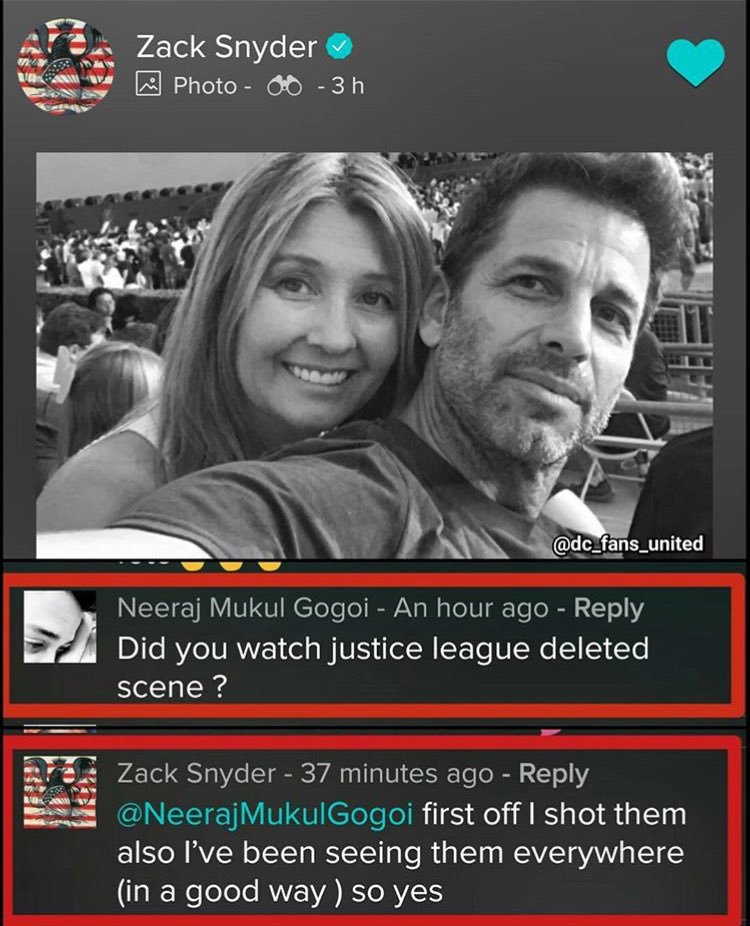 We probably won’t learn definitively what happened behind the scenes with Justice League anytime soon, only rumors and speculation, but there was definitely plenty of footage that Snyder shot that we have no idea about yet. After Joss Whedon came in and shot his large portion of the film to make the tone lighter, as well as get it under 2 hours, these two Superman scenes were probably two of the few Snyder scenes that Whedon and/or WB considered keeping.

With how short the scenes are, combined with the great Hans Zimmer Man of Steel theme that accompany them, it’s a shame they weren’t in the final product and it must make Snyder feel good, given everything that’s happened to him, that so many people seem to feel the same way. Despite how you feel about his films or interpretations of characters, he genuinely seems like a good dude, so I’m glad he’s seeing the positive buzz of his Superman scenes.

Plus, who wouldn’t want to see the first ever interaction of Alfred and Superman on film? As fellow DKN writer Steven Conroy put it, it is awesome little moments like that, which help build the universe. Hopefully, DC and WB keep learning and improving their product to give the fans what they want and deserve. And on a similar note, can we please get Henry Cavill a proper Superman sequel!?