Toy company Bandai is set to release action figures based on the upcoming Batman Ninja movie.

Batman comes with alternate hands to hold a sword or throwing knives. He also has an alternate head sculpt so Batman can look grim or angst-yelling. On top of the figure articulation, the cape is also posable. 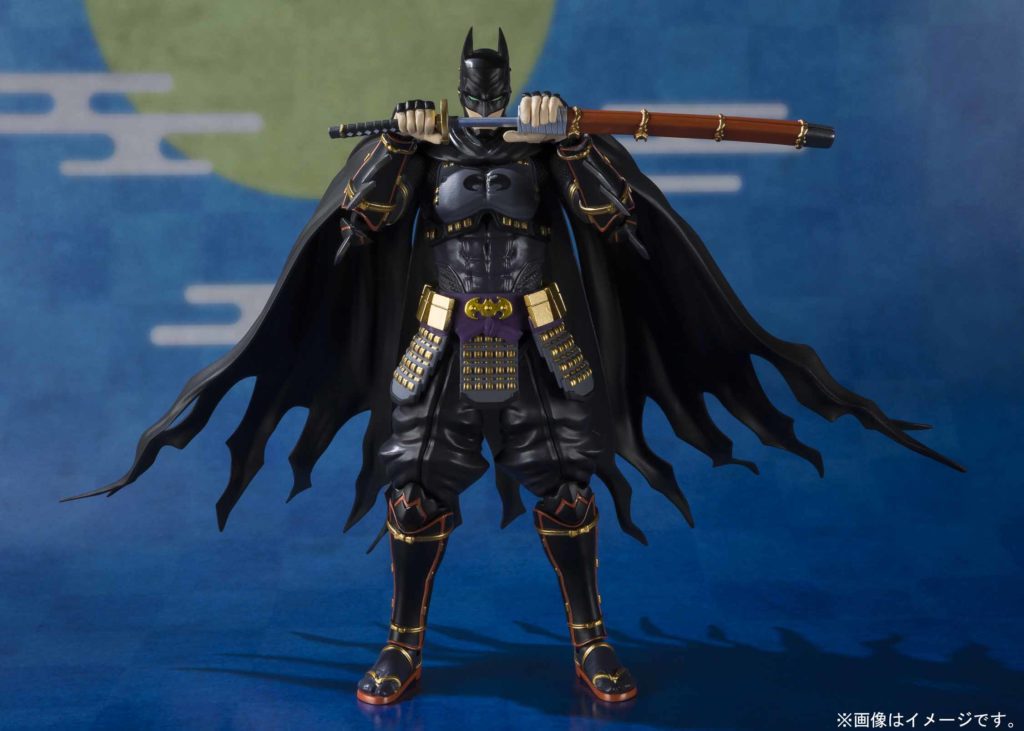 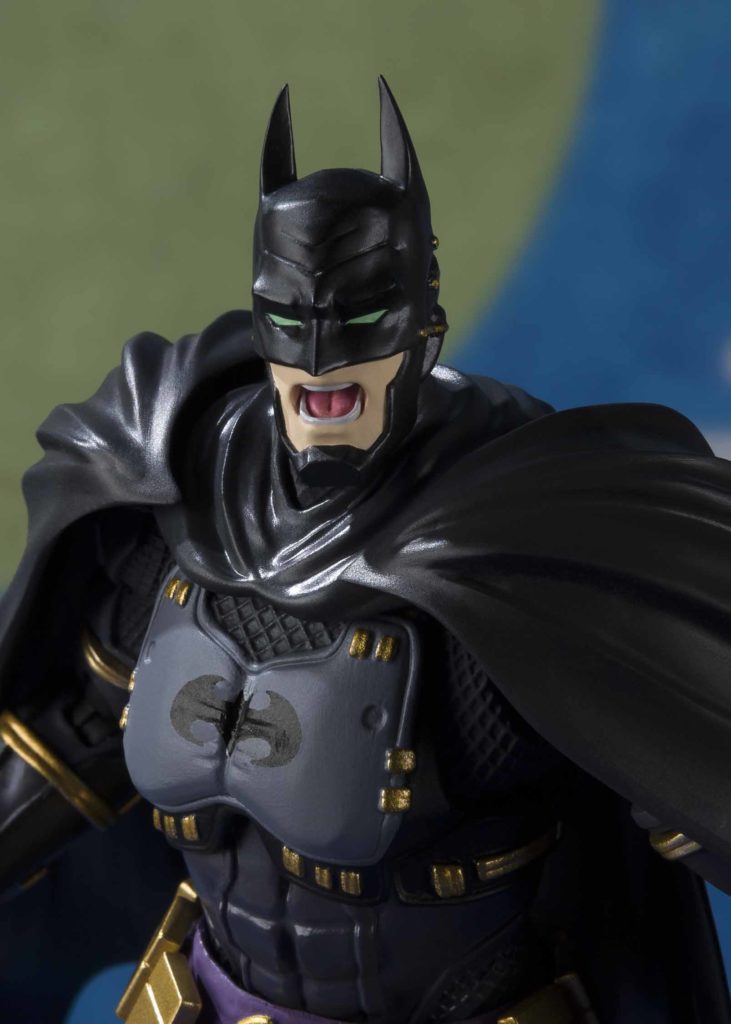 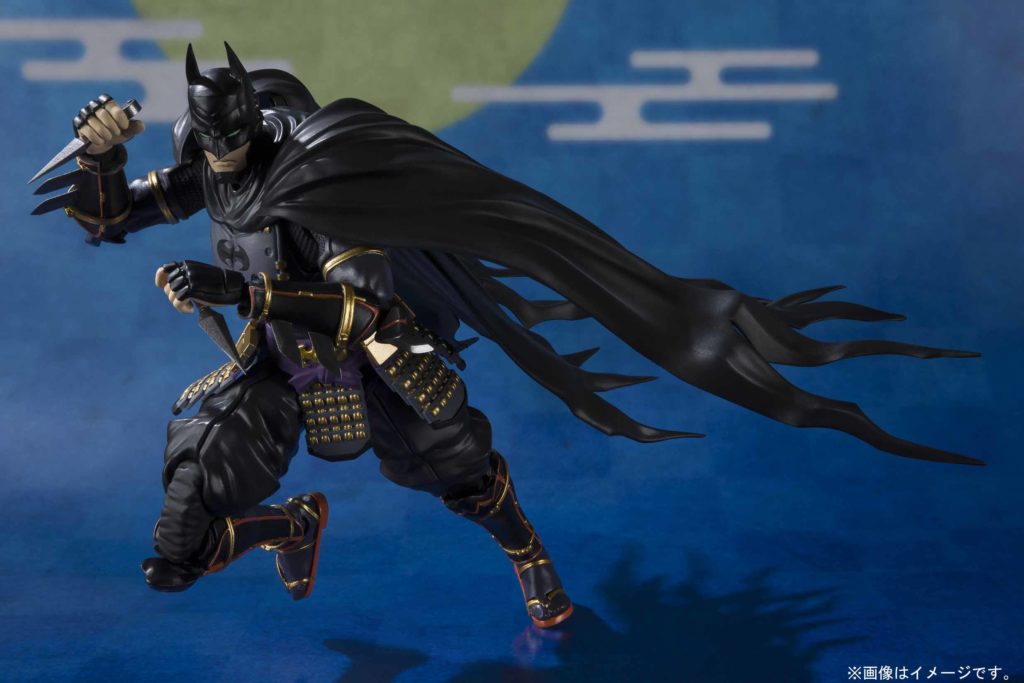 The Joker figure is also fully articulate with a set of alternate hands. His accessories include fans and a sword. Additionally, the Joker comes with two heads: closed smile and open mouth. 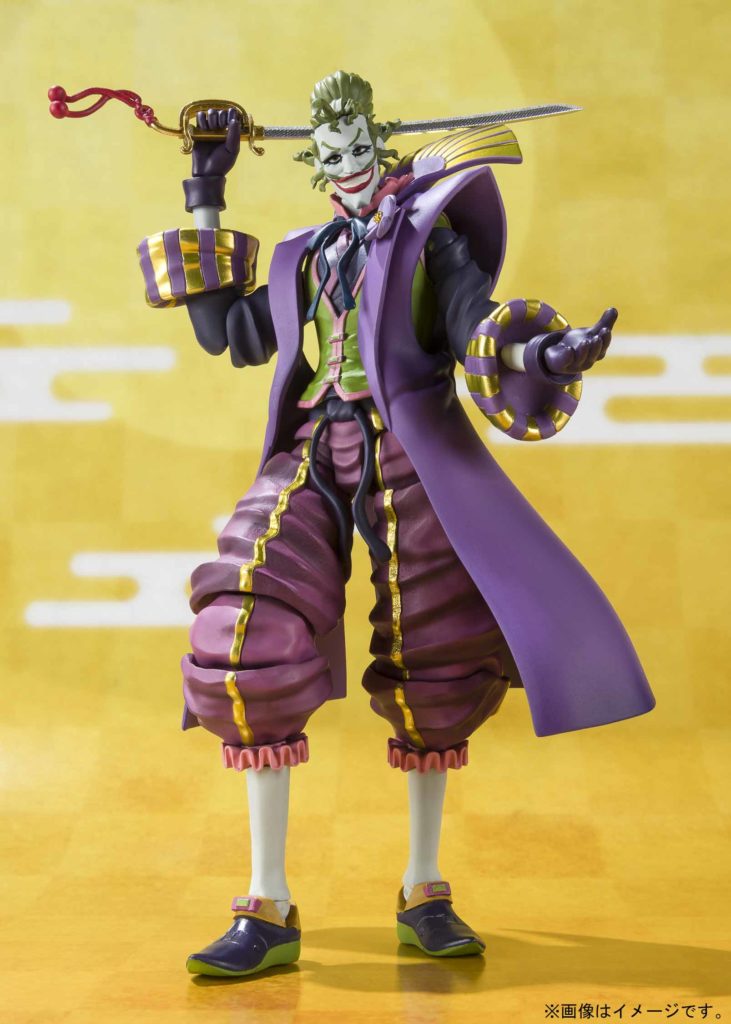 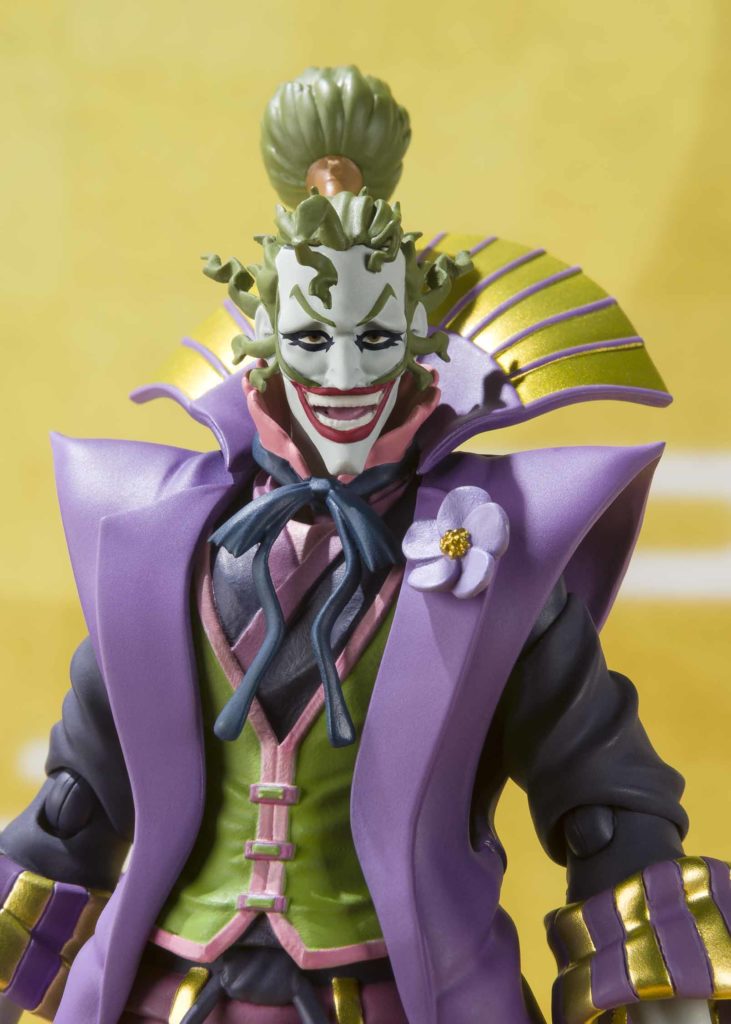 The figures are estimated at $90 retail and is expected to be released summer 2018.