Scooby Doo and Batman Meet Again For the First Time

Batman and the Mystery Inc. gang join forces in a new animated movie Scooby Doo! and Batman: The Brave and the Bold.

The ultimate crime-solving combination reunites when Batman joins the Mystery Inc. gang to catch a gaggle of villains wreaking havoc in Scooby-Doo! & Batman: The Brave and the Bold. Produced by Warner Bros. Animation and DC Entertainment, the all-new original film will be distributed January 9, 2018 by Warner Bros. Home Entertainment on DVD ($19.98 SRP) and Digital. 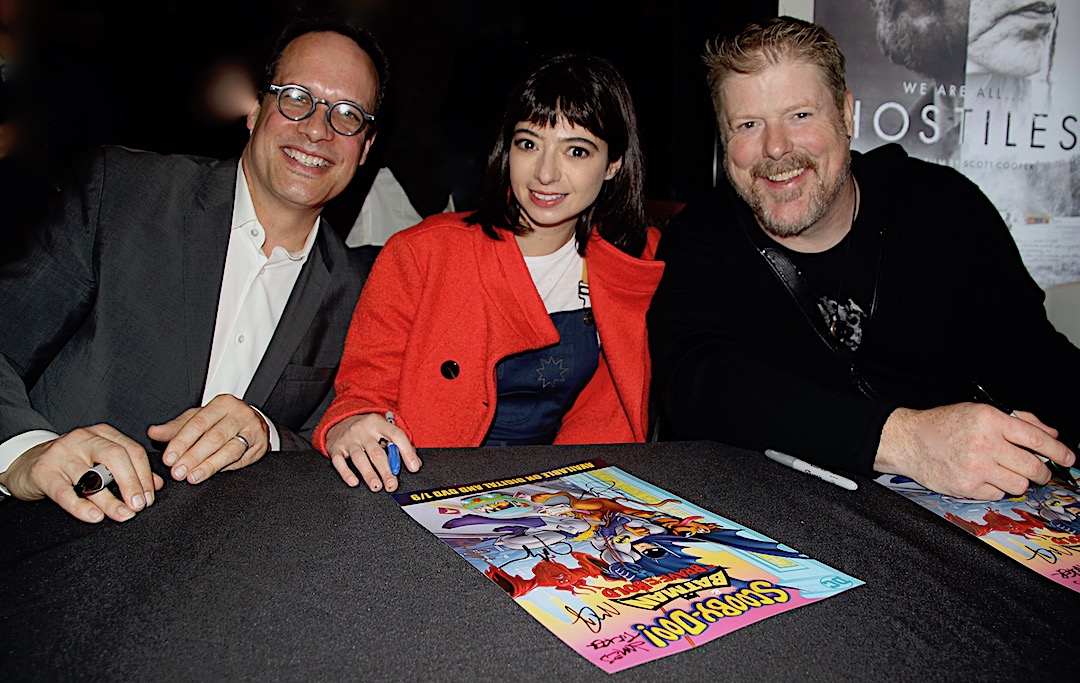 Super sleuths Scooby-Doo, Shaggy, Fred, Daphne and Velma join forces with the world’s greatest detective, Batman, when they discover that villains from both of their respective rogues’ galleries have also combined efforts to terrorize the city. With Scooby snacks in tow, the crime-fighting teams encounter classic Batman foes (Joker, Catwoman, Riddler, Penguin, Scarecrow, Poison Ivy, Harley Quinn) and allies (The Question, Aquaman, Plastic Man, Martian Manhunter) along with a bevy of fiends from Scooby-Doo lore (Spooky Space Kook, Gentleman Ghost, Miner 49er, Ghost Clown). As always, you won’t know who the ultimate villain is until those “meddling kids” pull off the mask!

Avid Scooby-Doo fans know this isn’t the first time the Caped Crusader has partnered with Mystery Incorporated. Forty-five years ago, Batman (and Robin) were the featured guest stars in a pair of The New Scooby-Doo Movies. Premiering in 1972, the renowned detectives worked to solve crimes together in the hour-long television movies entitled The Dynamic Scooby-Doo Affair and The Caped Crusader Caper. 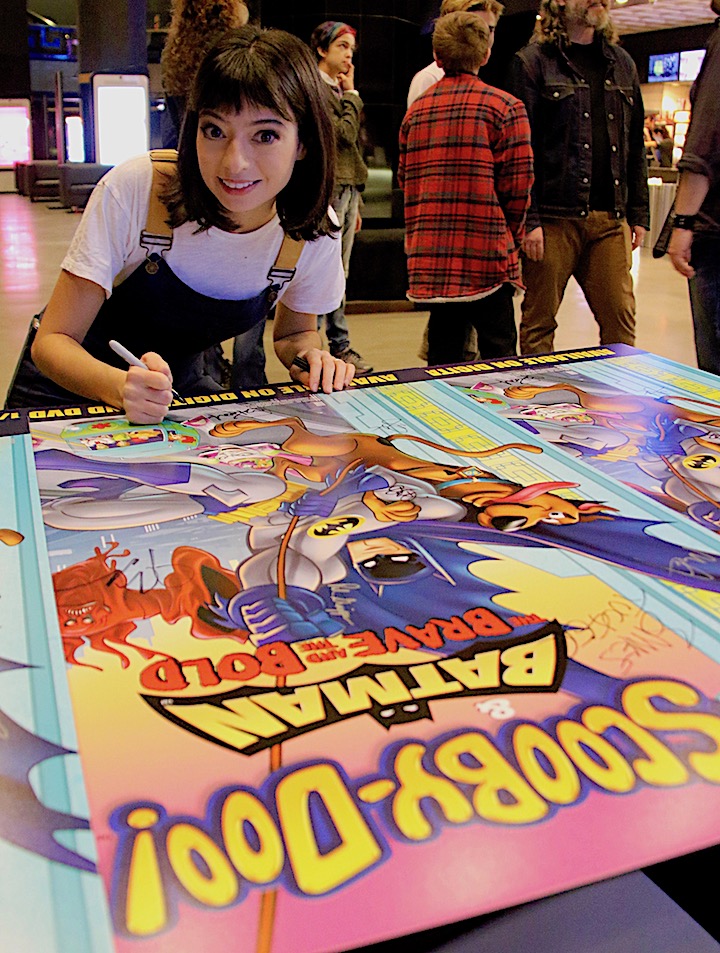 Jake Castorena directs the teleplay by Paul Giacoppo, based on a story by supervising producer James Tucker. Michael Jelenic is the producer. Executive Producer is Sam Register. Benjamin Melniker and Michael Uslan are Executive Producers.

“Scooby-Doo continues to be one of the most popular kids’ brands in the Warner Bros. canon, and we are thrilled to reunite the gang with Batman, the ultimate crime-stopper,” said Mary Ellen Thomas, Warner Bros. Home Entertainment Vice President, Family and Animation Marketing. “Fans and families of all ages are in for a treat – and hopefully some Scooby snacks, too – when watching this all-new original movie on DVD and Digital.”

Batman and the Scooby Gang

Hot on the heels of the film’s premiere, Warner Bros also released a new clip. The Mystery Inc. gang find themselves in trouble with some ghastly puppets. Fortunately, Batman and a couple of well-placed gas bombs rescue the gang from what is sure to be certain doom. Check out the clip below!

Matt Reeves is Working on ‘The Batman’