“The War of Jokes and Riddles” Part 5 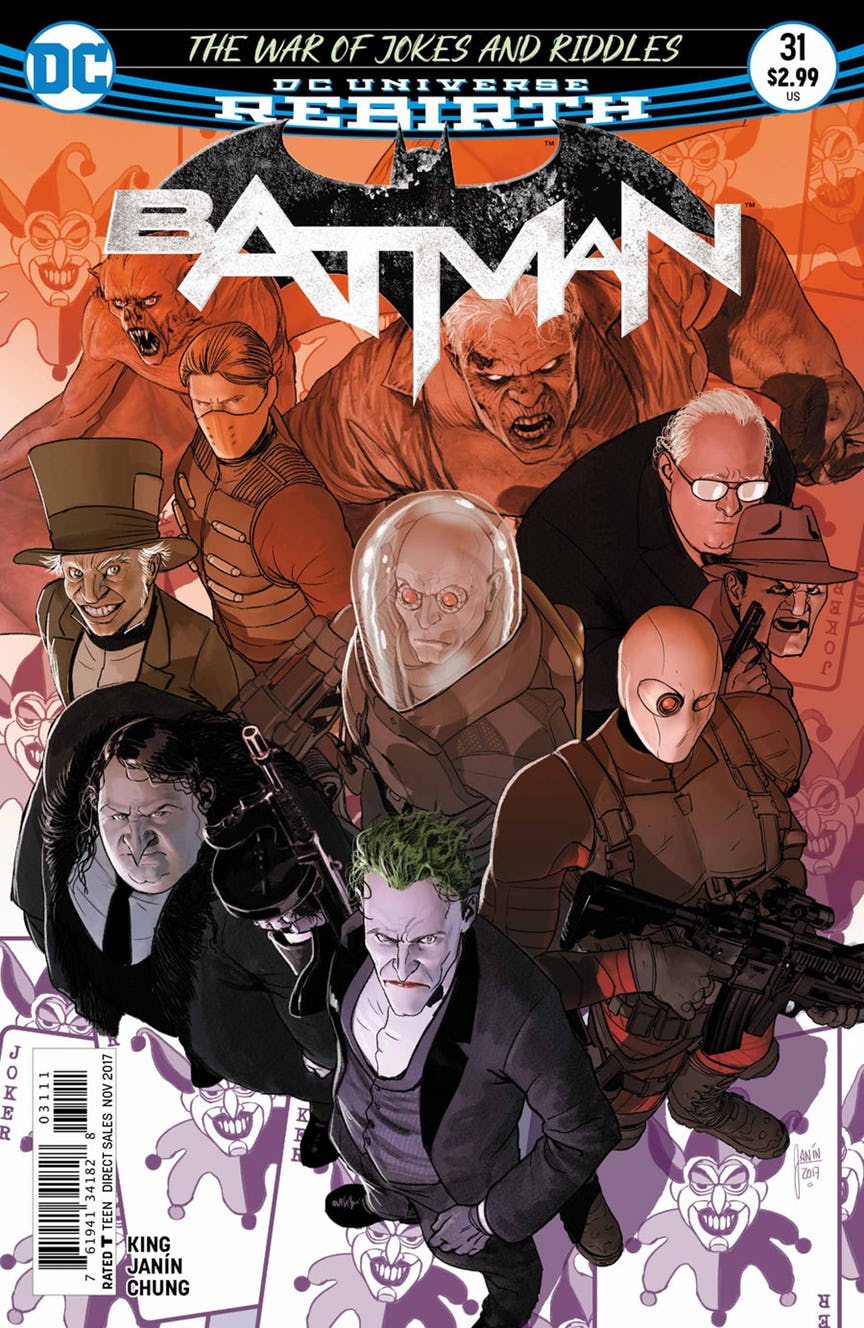 The war between the Joker and Riddler is winding down. With Batman on the Riddler’s team, the Joker is definitively losing the war, or is he?

Despite it being chapter five-technically chapter seven if you include the Kite-Man interludes- this is the first issue where it tells a cohesive plot in the “War of Jokes and Riddles”. I have complained numerous times that Tom King glosses over the details of the war in favor of telling an existential story. Readers briefly get a glimpse of the plot but, never any explanations for why things happen. It is akin to reading a comic that ties-in to a separate crossover event comic book. Except in this case, there is no separate event comic book to give the full story. So because of that, King’s writing has been a subject of frustration for the past few months.

Fortunately, that is all different in this issue. Here, the readers get actual story beats that are strung together in a narrative. And it is a pretty darn good narrative too. The Joker’s forces are depleted and Batman and the Riddler are closing in on him. The overall plot progresses nicely and what is more, it introduces a lot of fist-pumping moments into the story. It contains clever solutions, humor, and good action throughout. 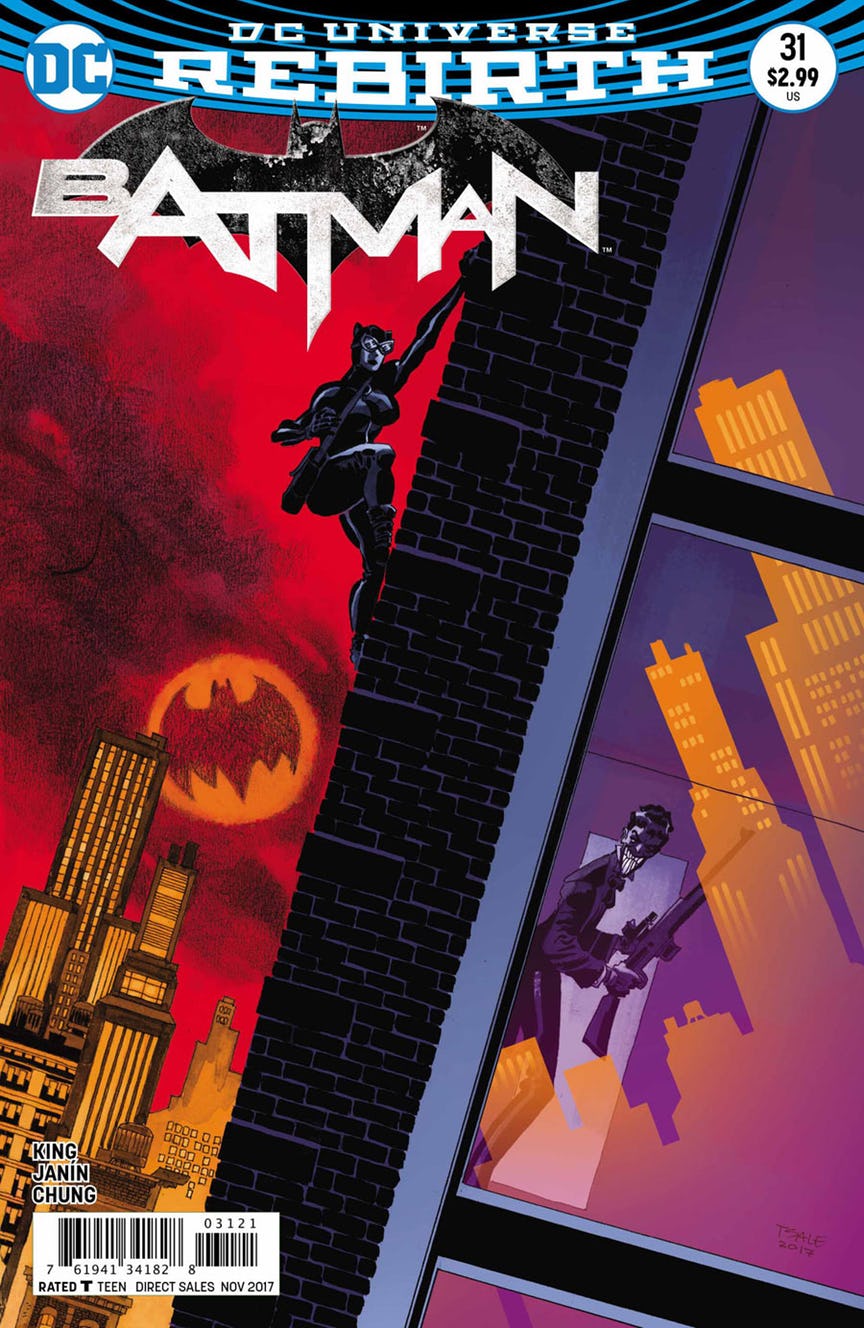 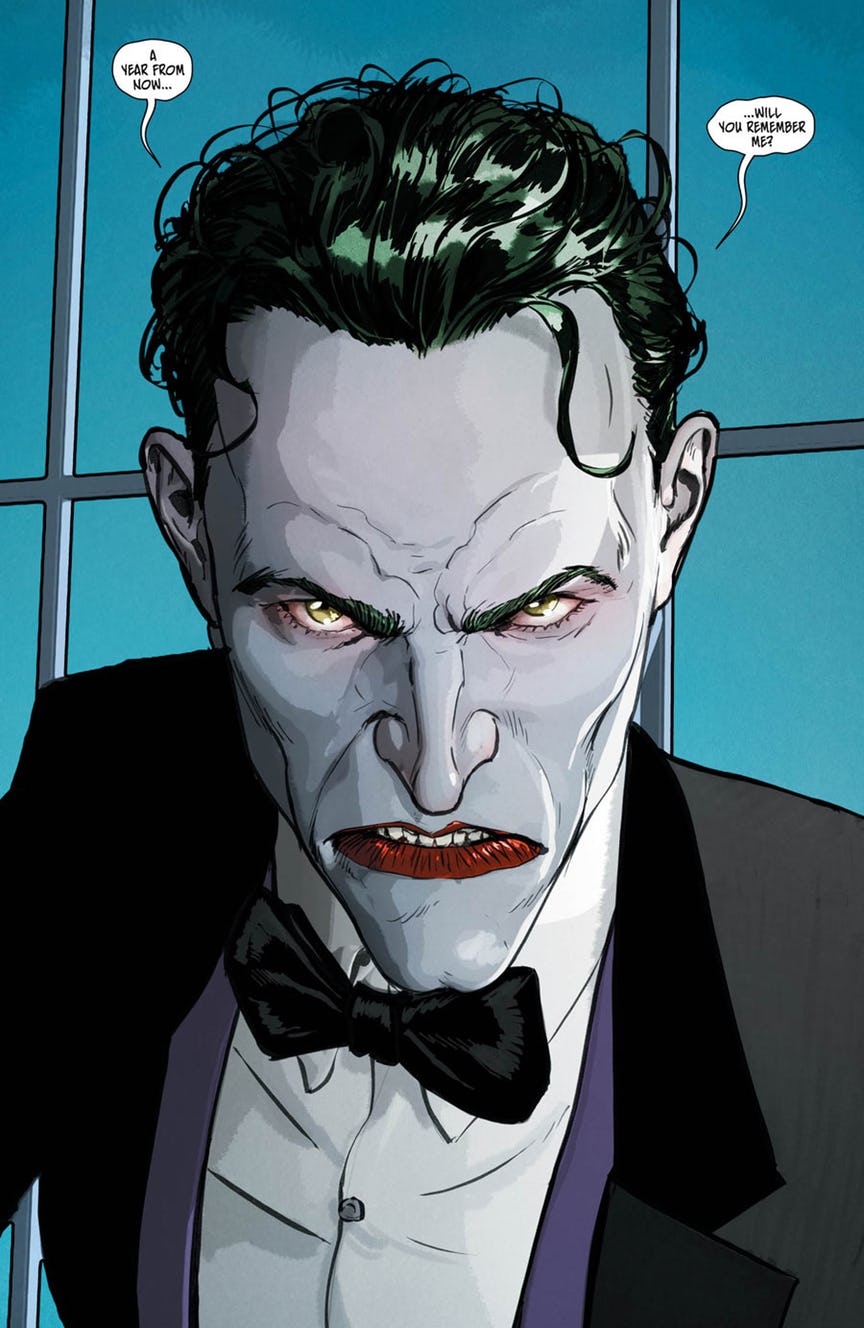 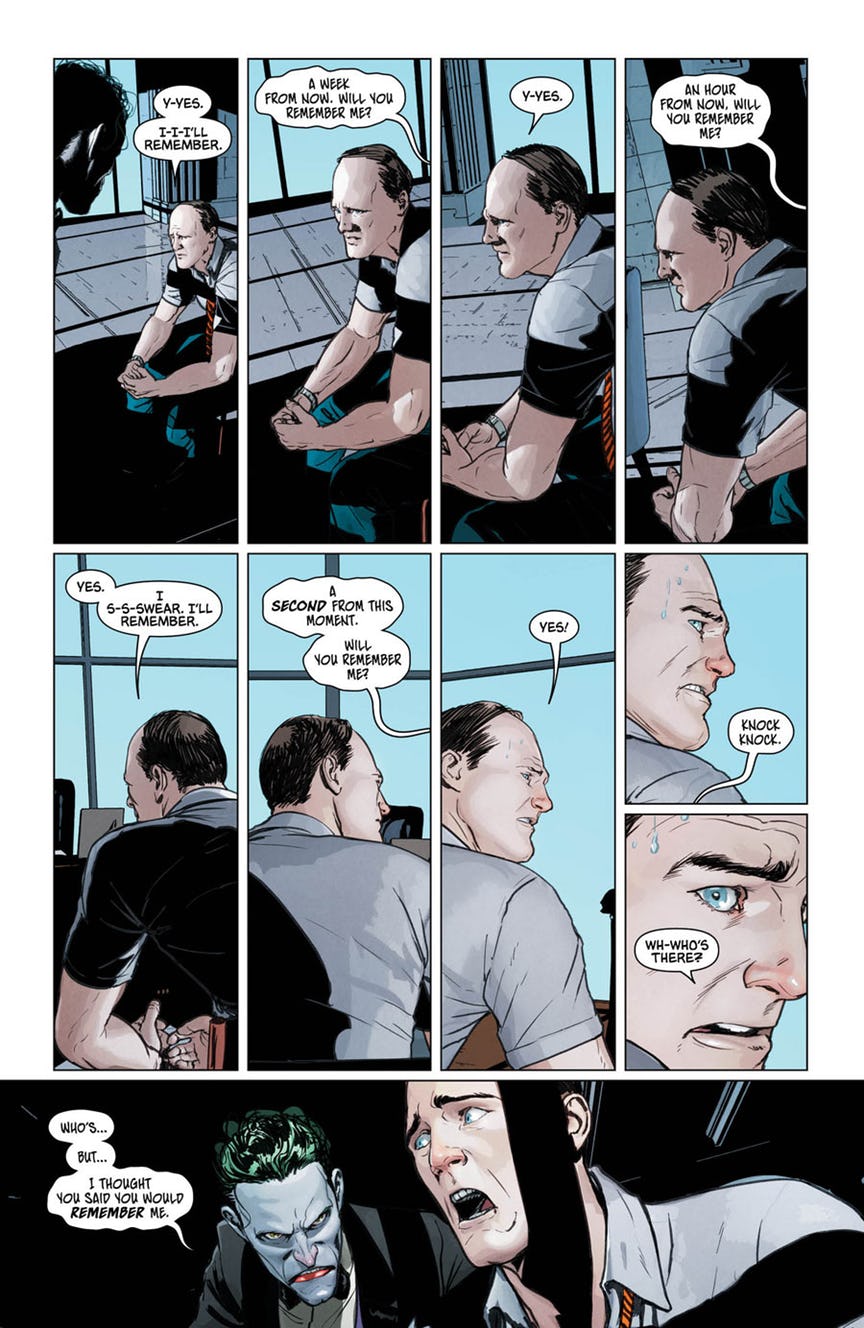 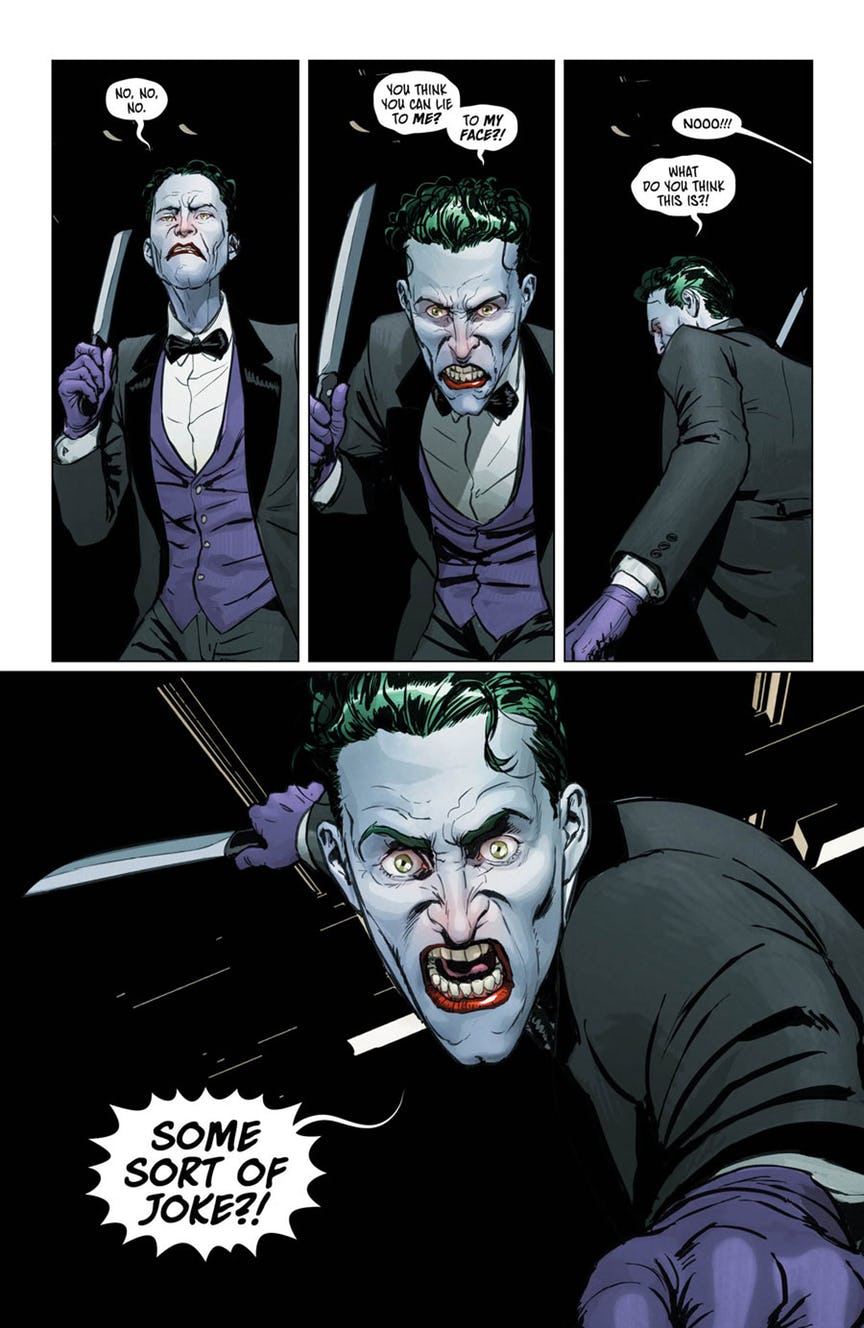 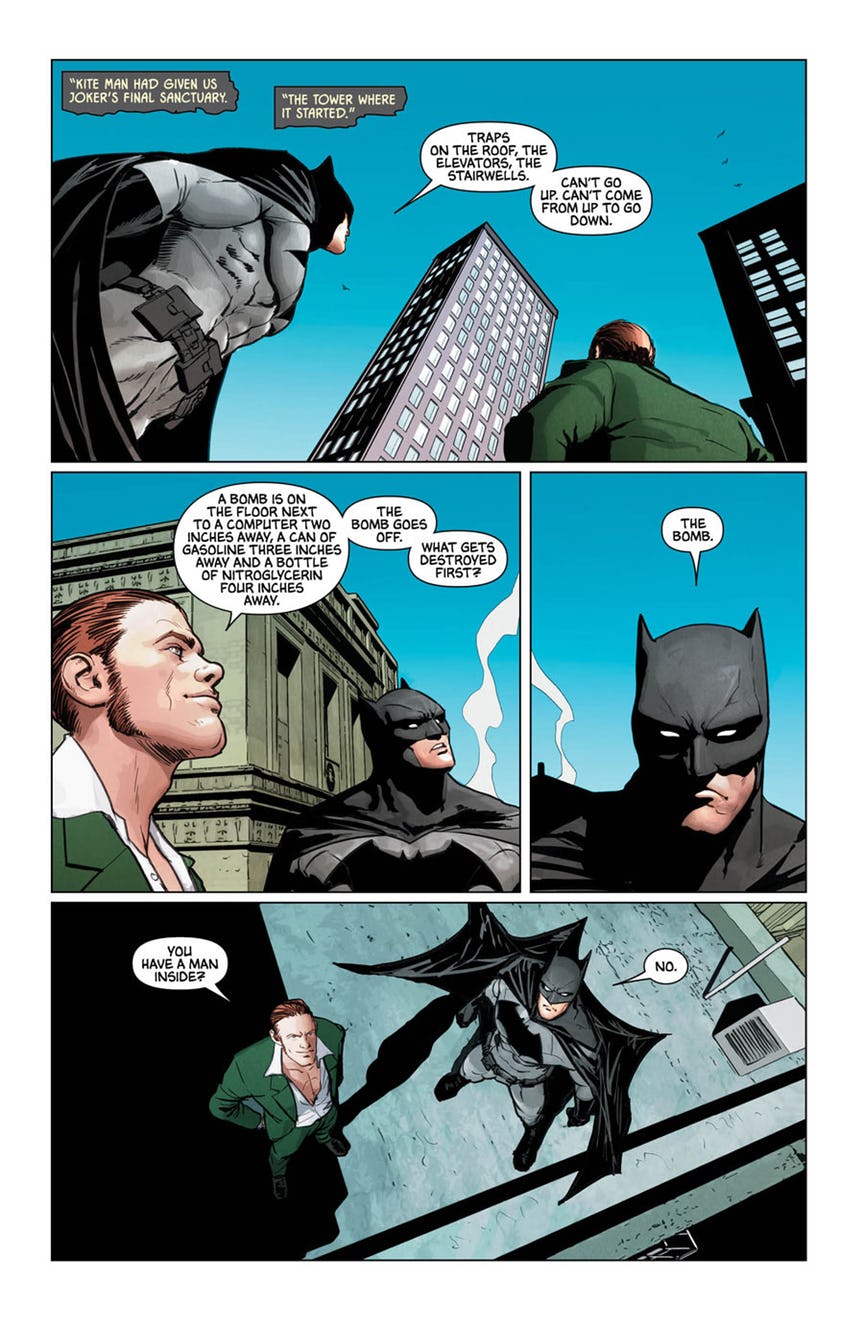 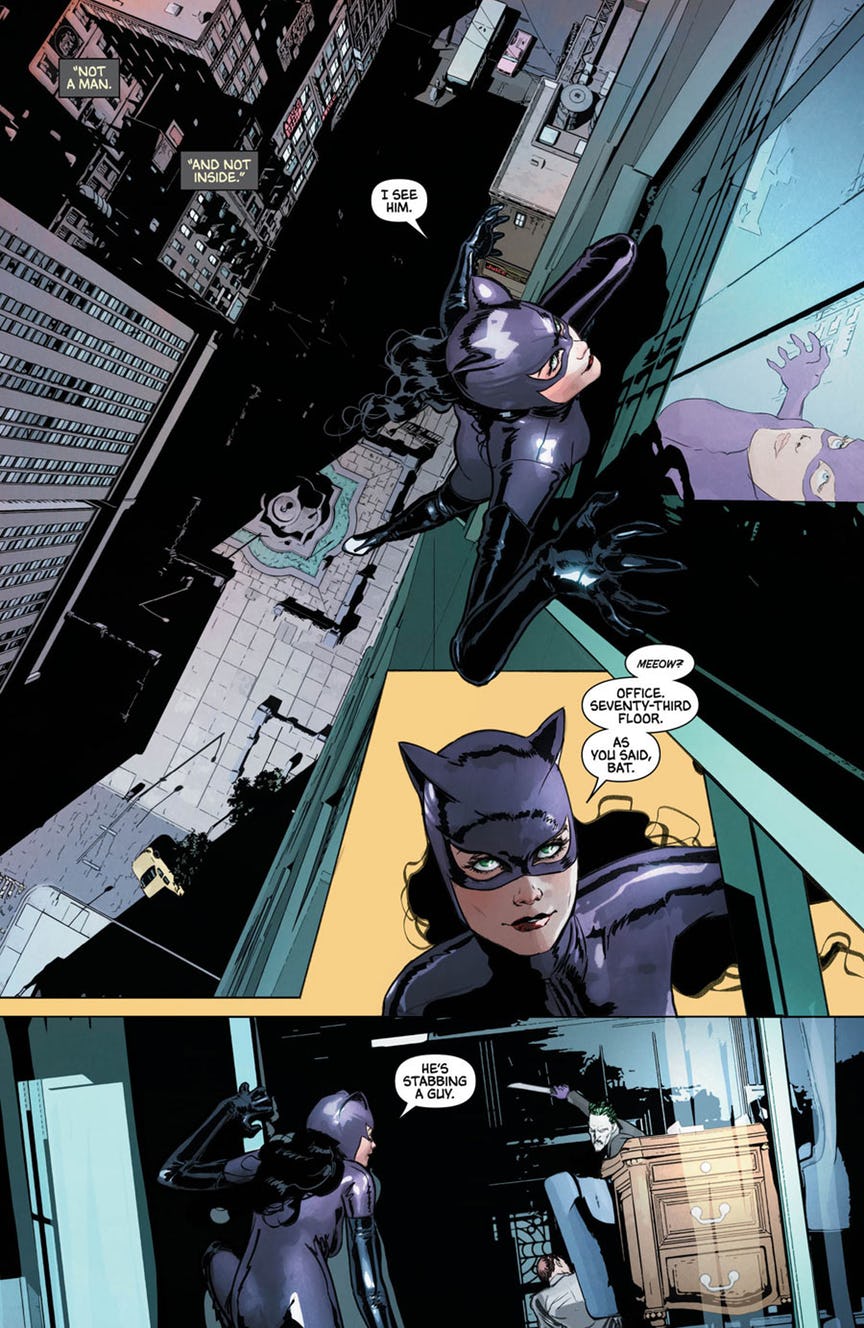 And if you are a fan of Kite-Man, then you will love this story. The issue wraps up most lingering plot threads and sets up for an exciting climax in the next comic.  This is the type of comic book writing that readers have been wanting from King. Not that there is anything wrong with his more experimental forms of storytelling. However, when we are promised a splashy, action-packed romp, it is a tremendous letdown if we do not get to see 90% of the battles.

Not to say that everything is perfect in the script. There are some instances where King still relies on the caption boxes to tell readers what is going on. Batman’s solution to dispatch the villains still relies on the readers being told what happens, as opposed to showing the actual events. Also within the context of the story, Catwoman’s involvement was almost random.  There was very minimal in-story build-up for Catwoman to justify her presence. Once again King is implying events occurred, but leaving the details of said occurrence annoyingly sparse. Fortunately, these storytelling problems were minimal compared to the previous chapters of “War of Jokes and Riddles”.

At the risk of repeating myself more, Mikel Janin kills it in the art department. His sleek, detailed artwork still looks amazing. Also, his depiction of Kite-Man is the best. His Kite-Man looks aerodynamic and surprisingly cool. In fact, everybody looks really cool. There is a scene-and I will not spoil it- where the Riddler’s team is placed in a ridiculously laughable situation. Under a lesser artist, the scene would be stupid-looking. But under Janin’s pen, it plays off as funny, but awesome.