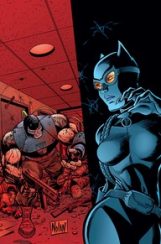 Bane continues his mission to….ummm…take over the world? No, that doesn’t sound right. To destroy Gotham? Eh, that’s too predictable. He…I don’t know, he’s up to something in Bane: Conquest #5. Unfortunately for him, and fortunately for us, Catwoman is along for the ride. They’re working together for a common goal but the feisty feline betrays him, twice, to get what she ultimately came for. The security center that they’re in is being overrun by another villain-turned-ally-turned-villain, and everyone seems trapped.

This series is a little tough to get through because it’s just not clear what the mission at hand is. Chuck Dixon and Graham Nolan are doing their best to get us to care about their villain that they created over 20 years ago, but maybe there just isn’t a whole lot to him. It’s good to see him with his original crew again, but all he’s doing in these 21 pages is bashing in heads, getting tazed, breaking in things and speaking a little Spanish. Like I mentioned above, thank the DC Gods for Catwoman. She is just as fun here as you can expect, walking that fine line between enemy or ally. She’s smart, sassy, tough and is the only one who knows what she really wants. I hope they keep her throughout the rest of the series run. 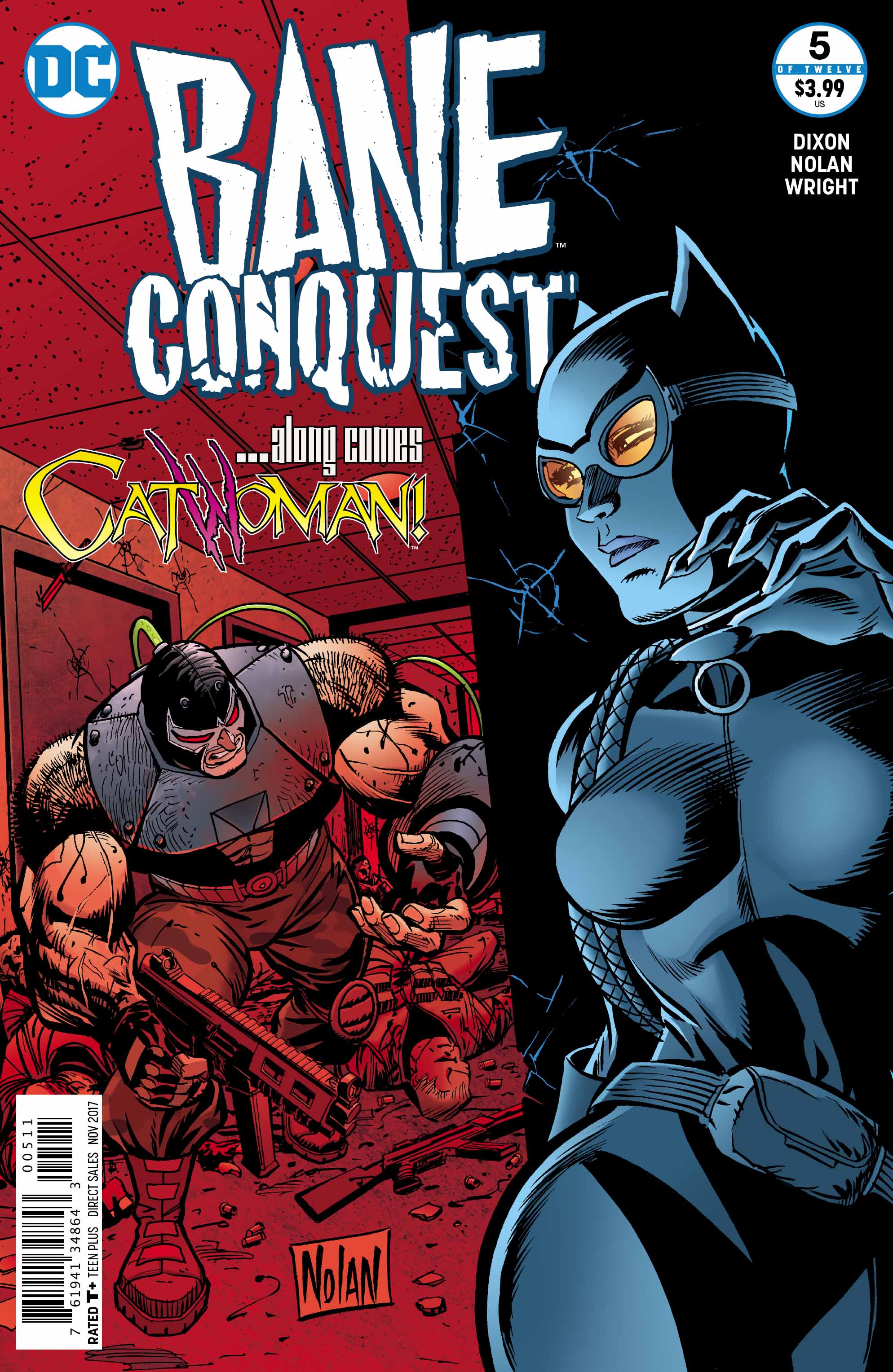 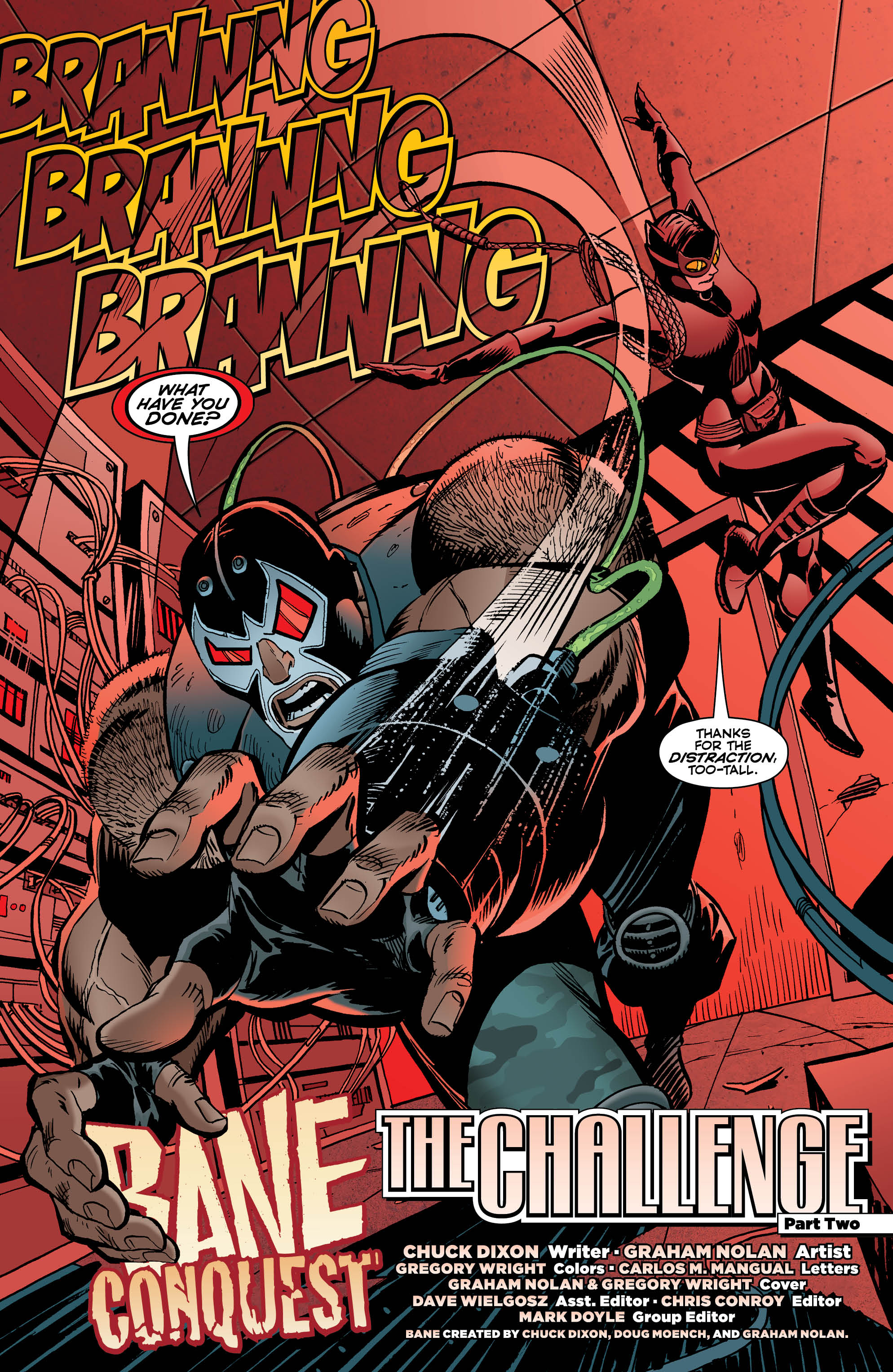 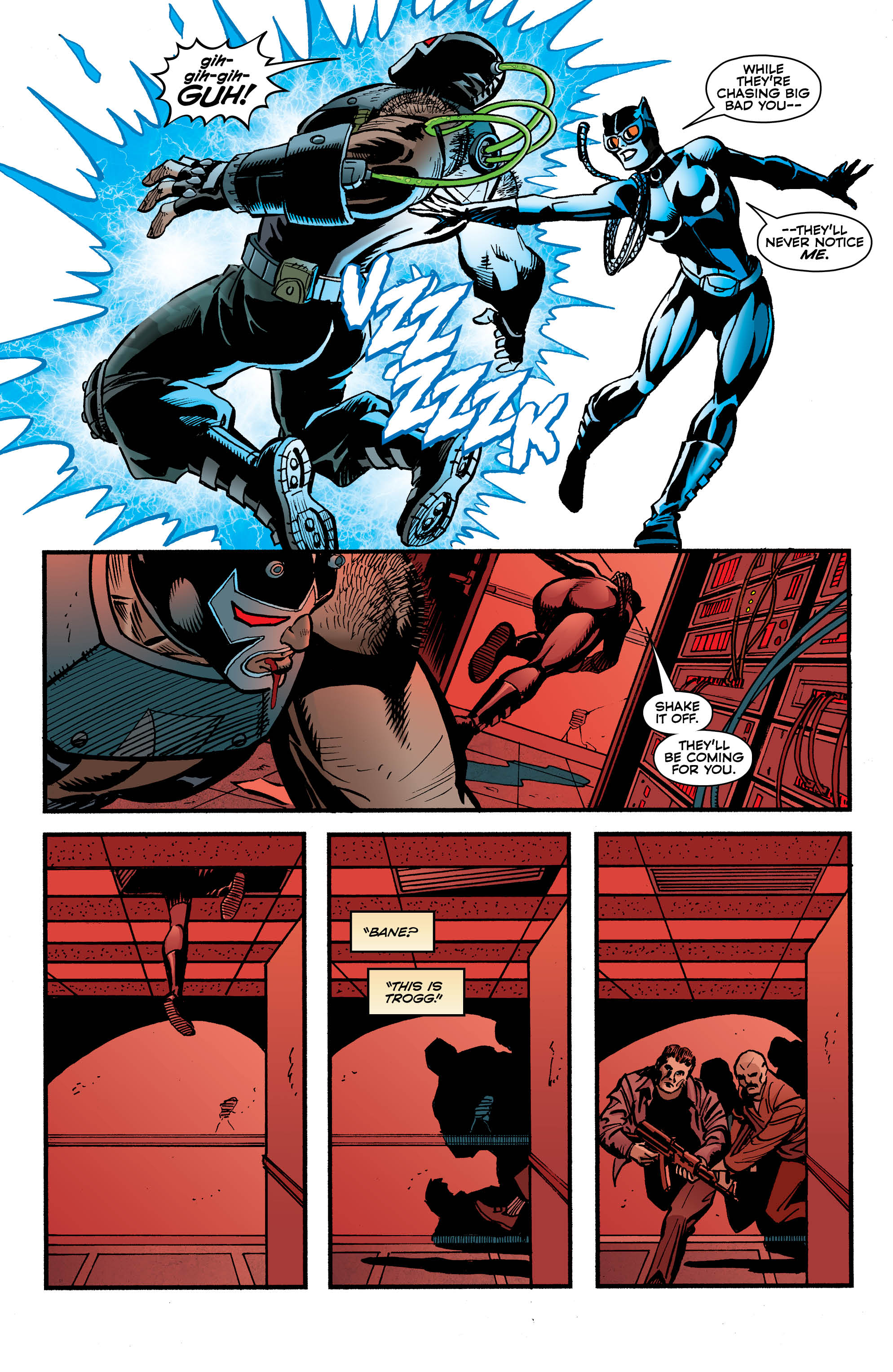 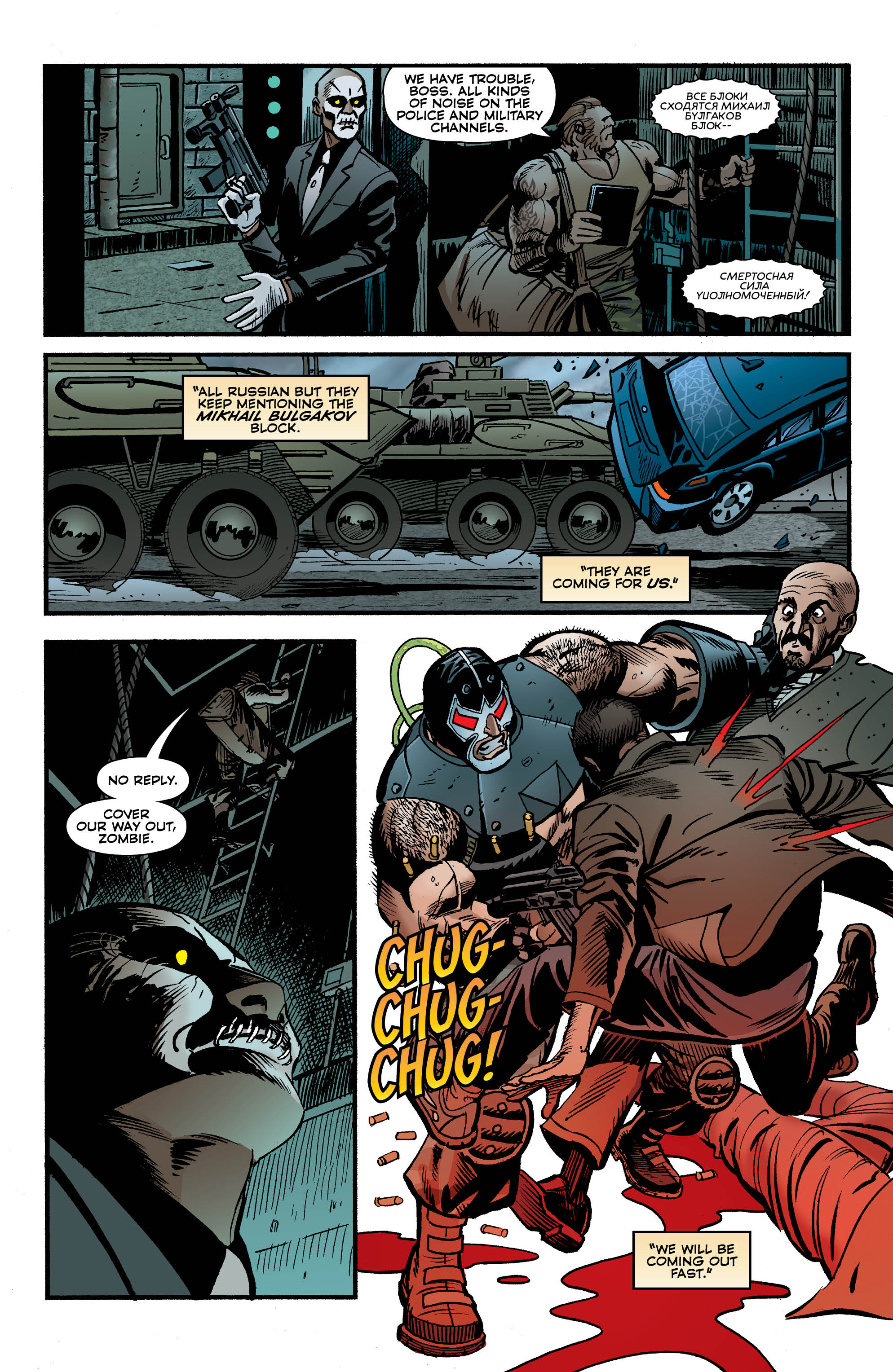 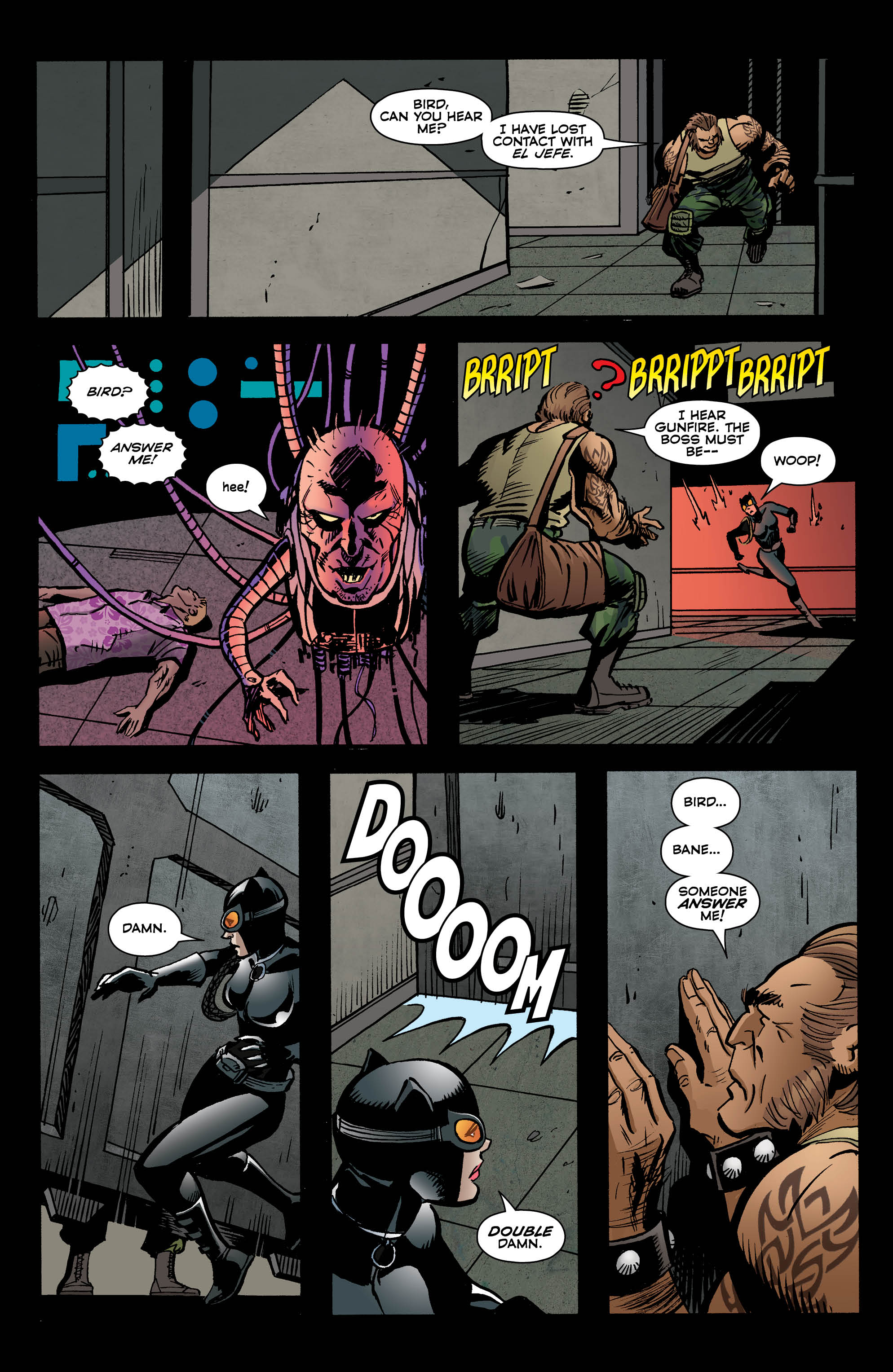 The art remains the same as it’s been in this title, and from Bane’s debut in the 90’s. Graham Nolan has a specific style and he doesn’t stray from it here. What you see on the cover is what you get inside. Each setting includes solid coloring with characters that are a little bland. Where’s the fun variety that we’ve come to expect with comic books? Though that sounds harsh, it’s not a bad looking book by any means. It just doesn’t stand out in the massive variety of issues that are available these days.

Bane: Conquest #5 continues to move along, albeit slowly. Luckily, Catwoman steps up in a big way this week, bringing excitement, surprises and wit with her. The book doesn’t come highly recommended, but there’s enough here to please fans overall.