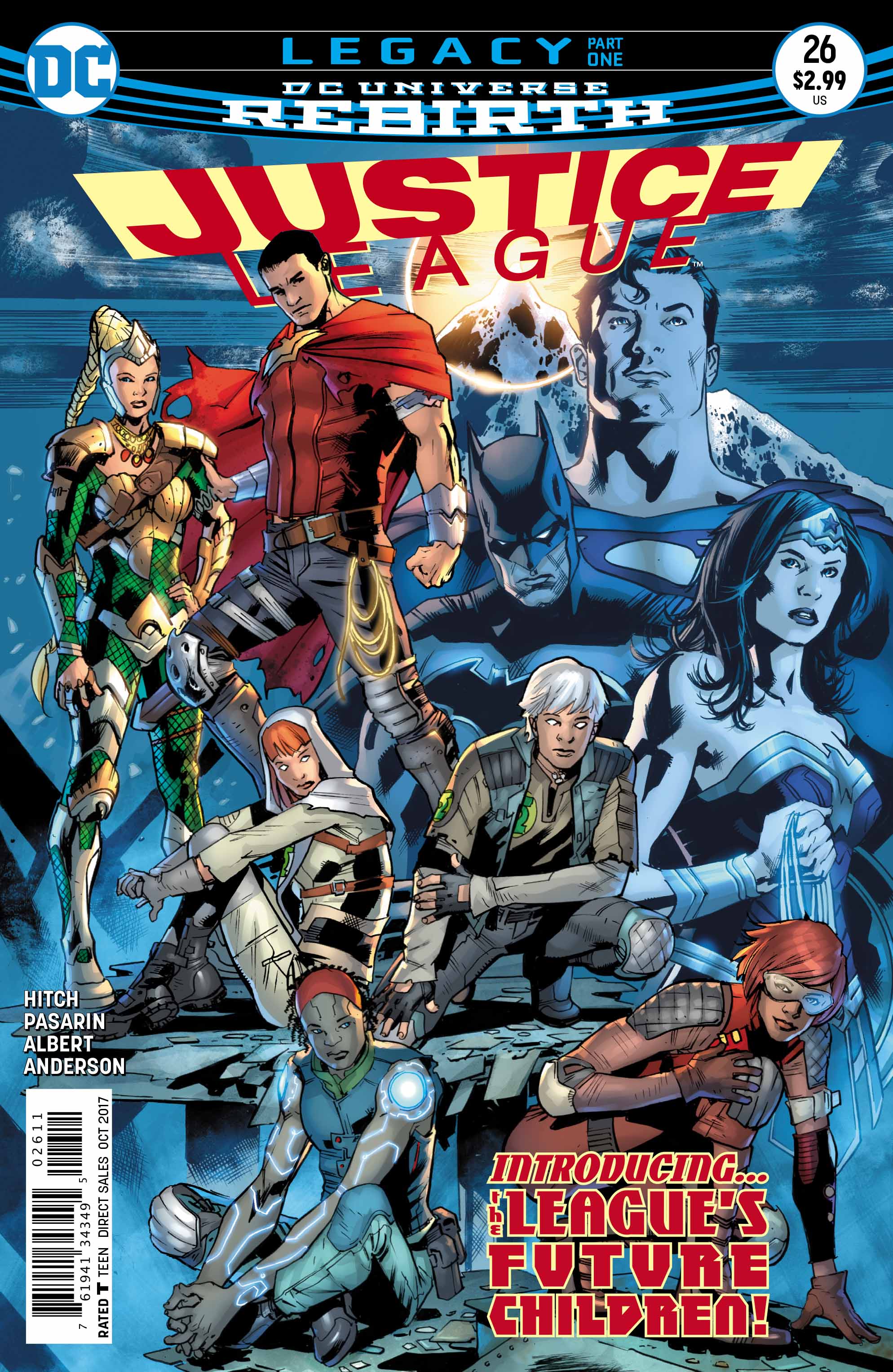 I don’t mean to be salty, but with a live-action Justice League film coming out this November, I felt that this series should be the best of the best. But it’s…not.

A new story arc beings, “Legacy.” Taking place in the future, Hitch introduces us to the Leaguer’s future children. Great! The premise sounds wicked and as if it will have a heart-warming ending, yet I’m upset because this does some erasure to past existing children. Nevermind that Rebirth took out Conner Kent, but now we have these awkward unknown characters. I’m always up for time travel and new dimensions, so exploring another world is the fun-bit of this issue.

And so that’s where it gets a bit disappointing, so many of these characters could have been so amazing. I mean, a resemblance to a Wonder Boy character? I think fandoms have been writing this character for years. However, I’ve read more interesting interpretations/versions of a male heir to Diana in fanfiction than in this issue. Still the connections Hitch portrays is delightful, certainly a good issue for a younger audience. 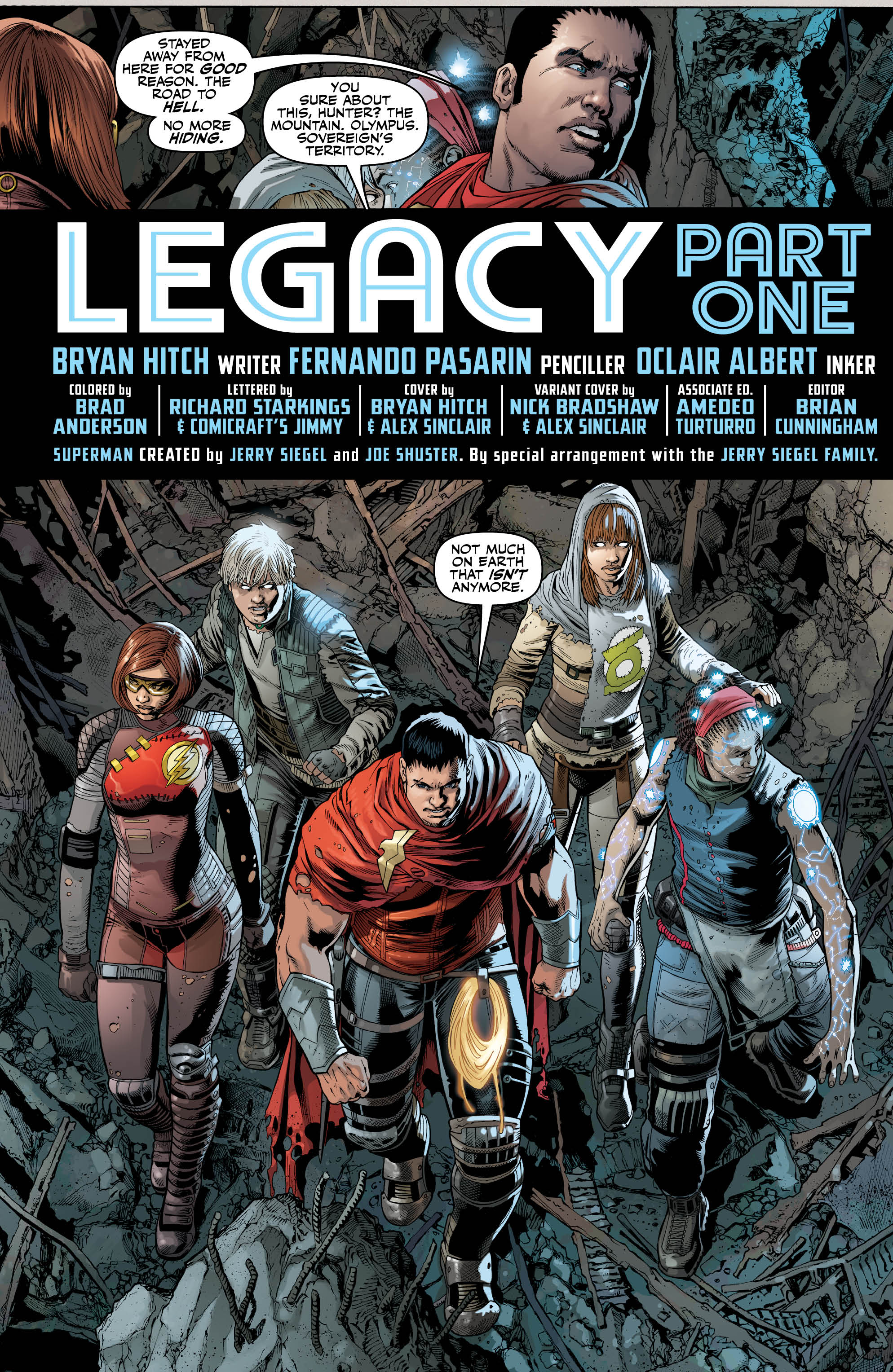 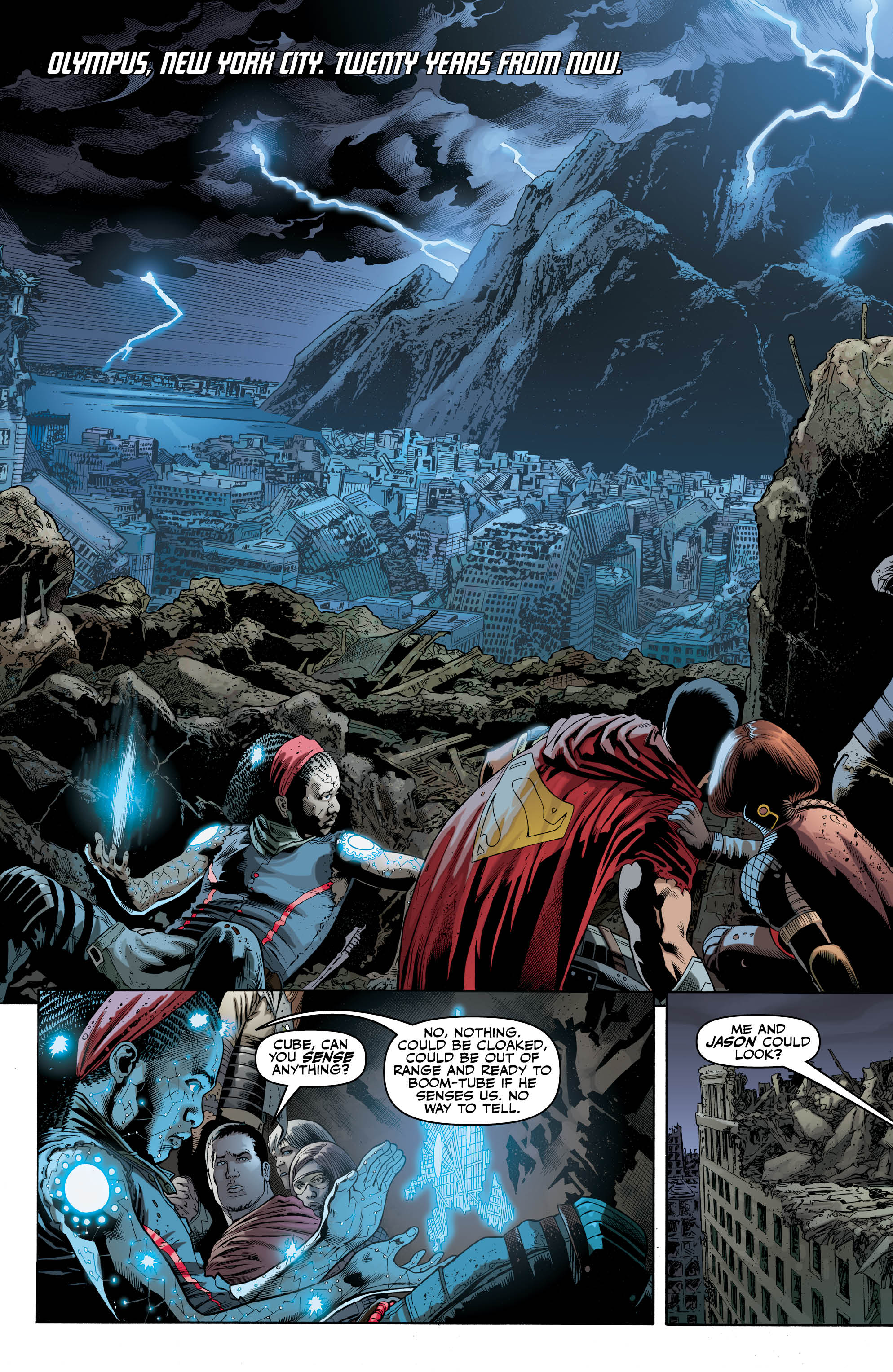 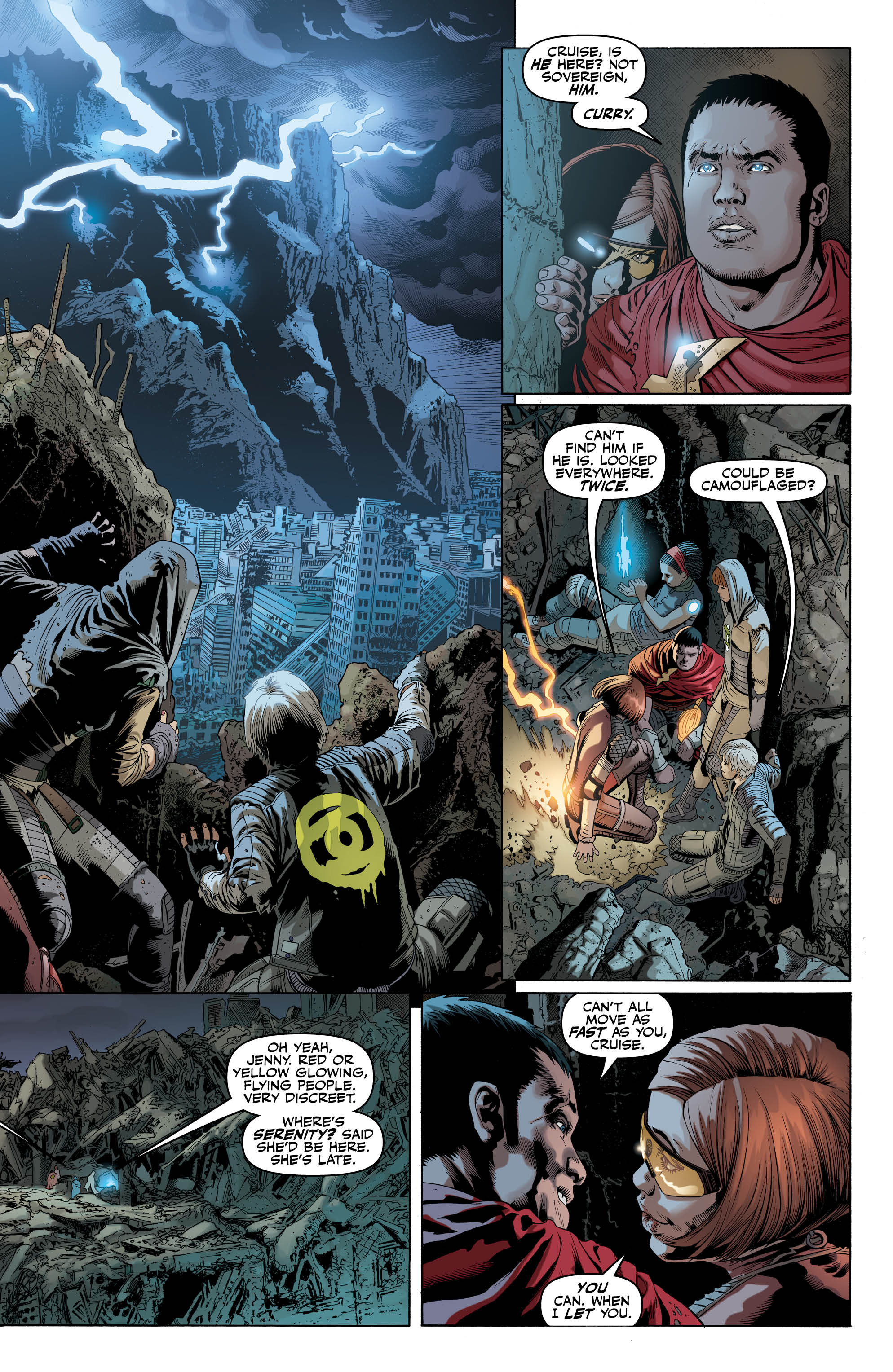 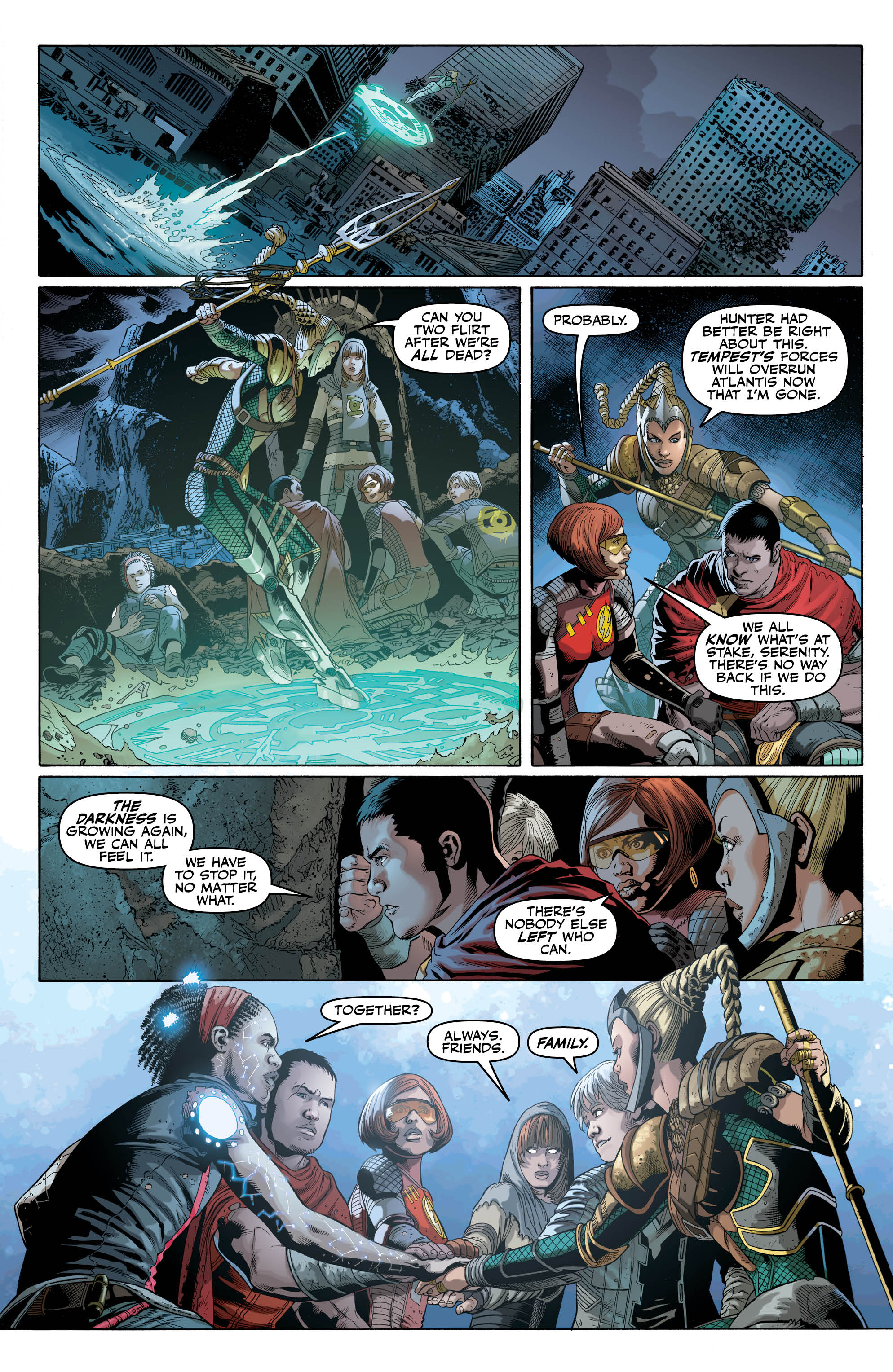 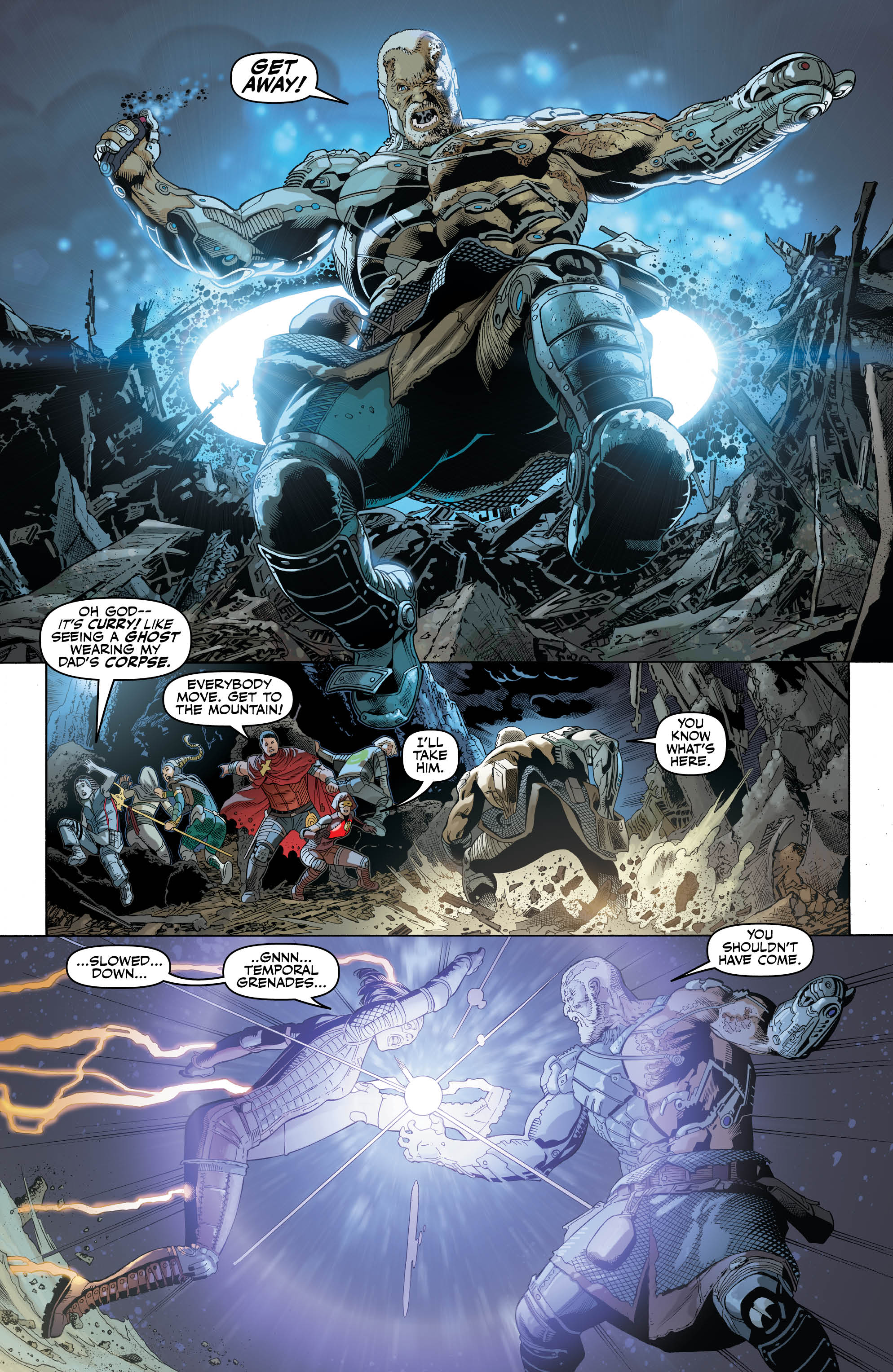 As for the art, the backgrounds are gorgeous! The characters, however, look awkward. The ratio of their waist to chest reminds me of Pre-New 52 versions of the DCU, Ed McGuinness-style, however with a twist of realism. It takes a gifted hand to create, but it’s not their most beautiful forms. I remember Fernando Pasarin’s work with New 52, and their Superman. There was a hyper focus on masculine features; strong chest, distinct square jaw, and men often differed in size compared to the women. He has been a part of amazing story arcs, but his art is just not my cup of tea, and it carries onto this issue: the realistic features such as their lips and eyes combined with caricature body figures. Both covers are spectacular though! Extremely eye-catching, and compelled me to follow the story.

Issue #25 wasn’t a bad piece of work! I was finding Hitch a wonderful writer, and he still must be. Writing new characters in a world with very stable, decades-old characters can be tricky. It disturbs a balance, so this issue felt a bit disconnecting. In addition, the art differs from modern versions of the Justice League. Greatly talented, however, an eerie combination as those older versions of heroes looked unrealistic. I hope this arc improves, the story has a great entertaining idea and a good team behind it, with the Justice League film around the corner, a spectacular story would wicked to have!