“Kill Your Darlings” Part One 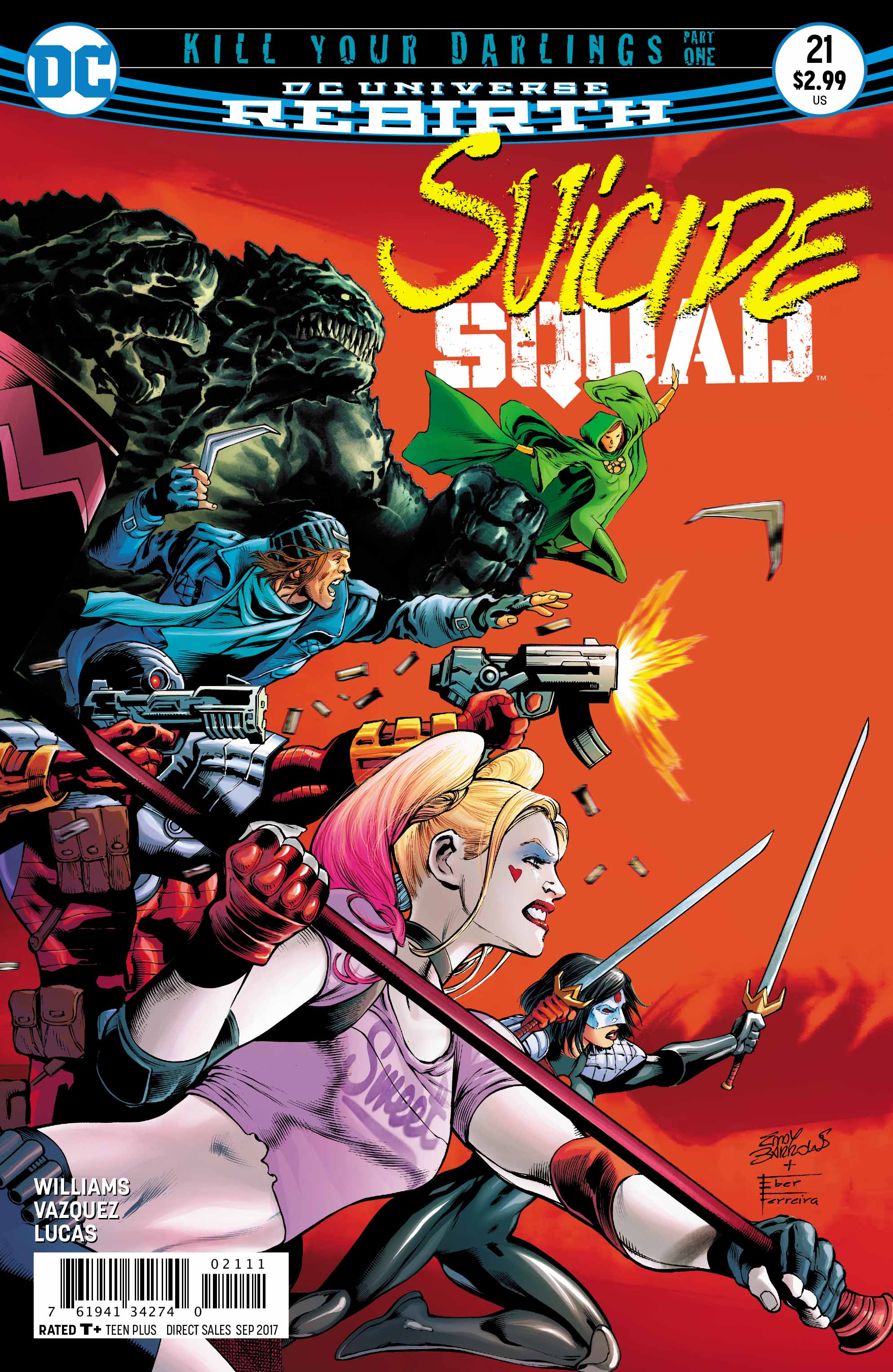 The prelude is over, and the war against Karla and the faction known as The People begins. With the first chapter of “Kill Your Darlings,” Rob Williams shows that Amanda Waller may not be the master manipulator. In fact, Commander Karla seems to well and truly have her number.

With former member of The People, Cosmonut, in tow, the Suicide Squad – led by Harley Quinn – are out for blood.

Seeing Harley back in full-on vengeance mode is truly frightening. Her massive rise in popularity in recent years had made her a friendlier figure. The Harley Quinn of Suicide Squad issue #21 is as ruthless as her original mentor – The Joker – and every bit as scary. The death of her lover, and former Squad leader Rick Flag, has led to the rebirth of her dark side. The most worrying part is that, in her current state of mind, it may not just be her enemies that need to fear her. 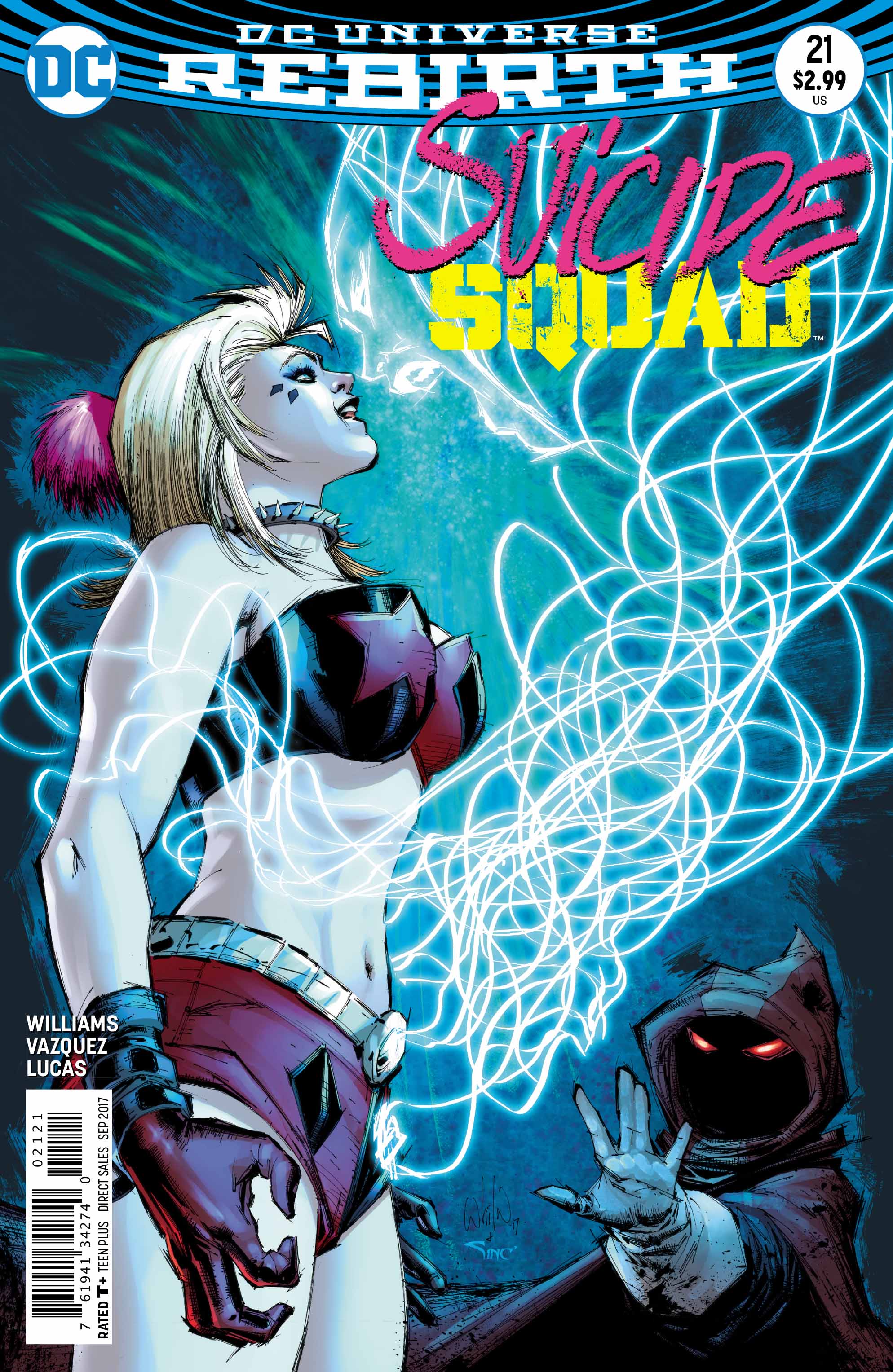 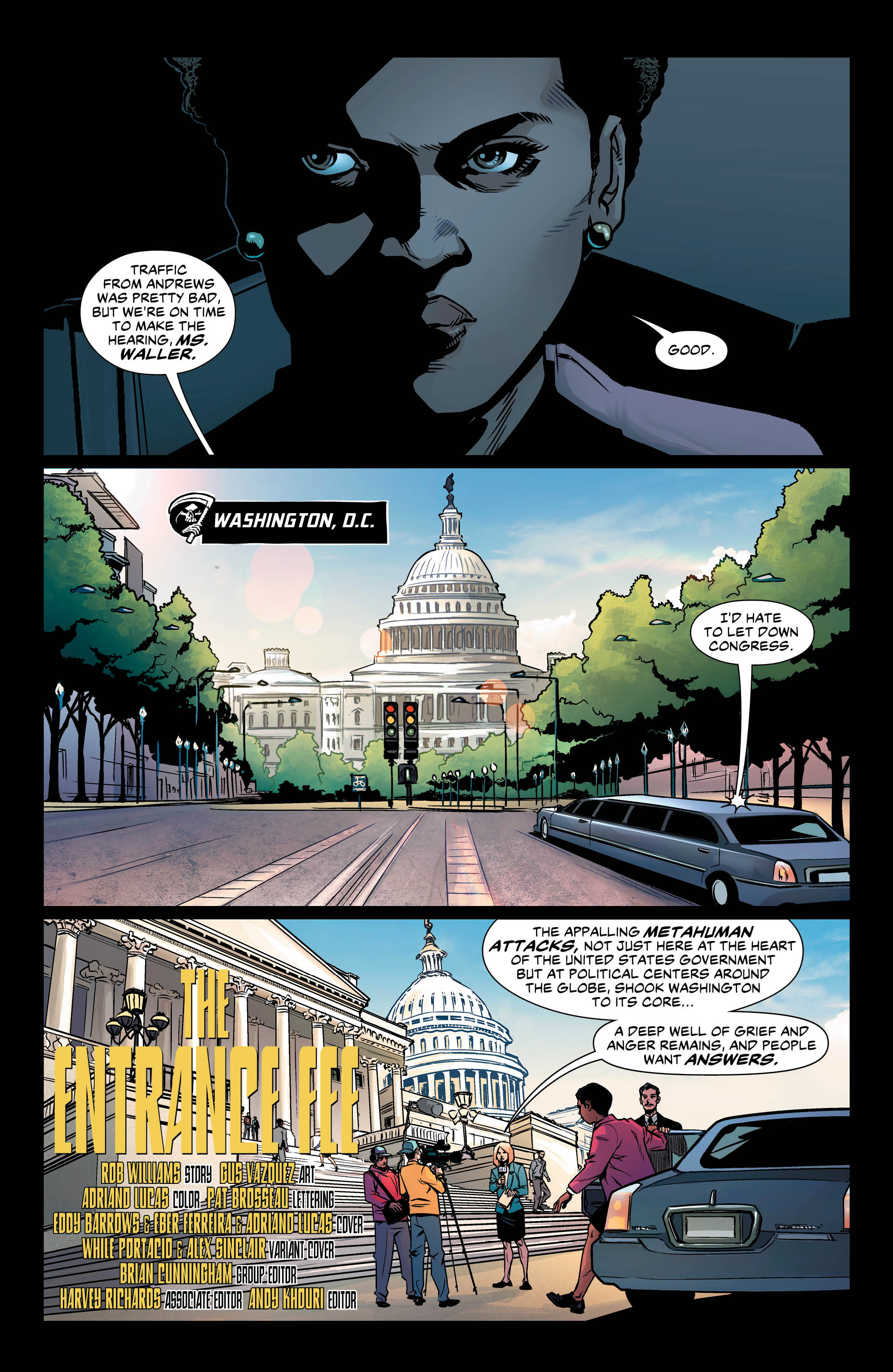 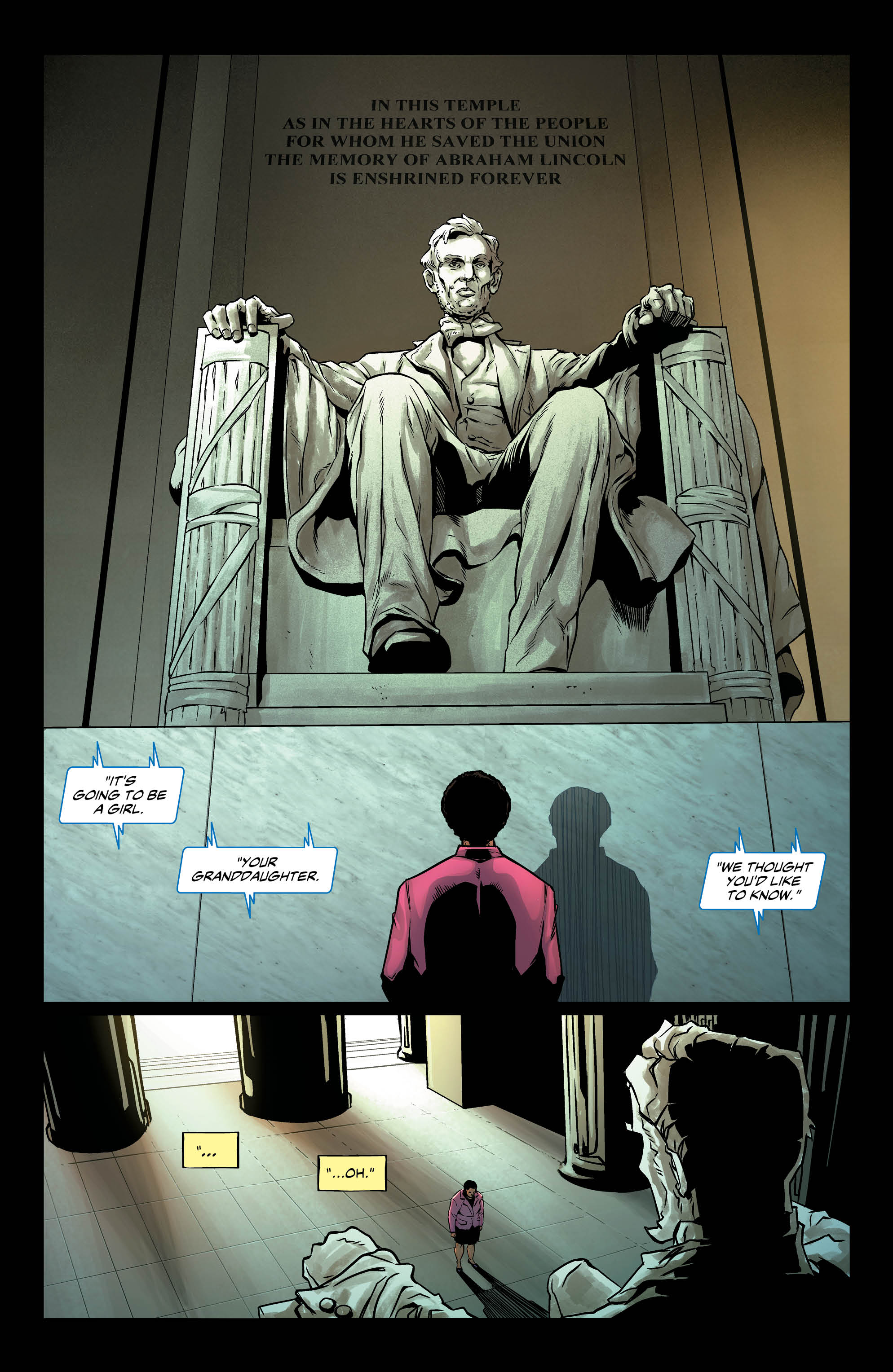 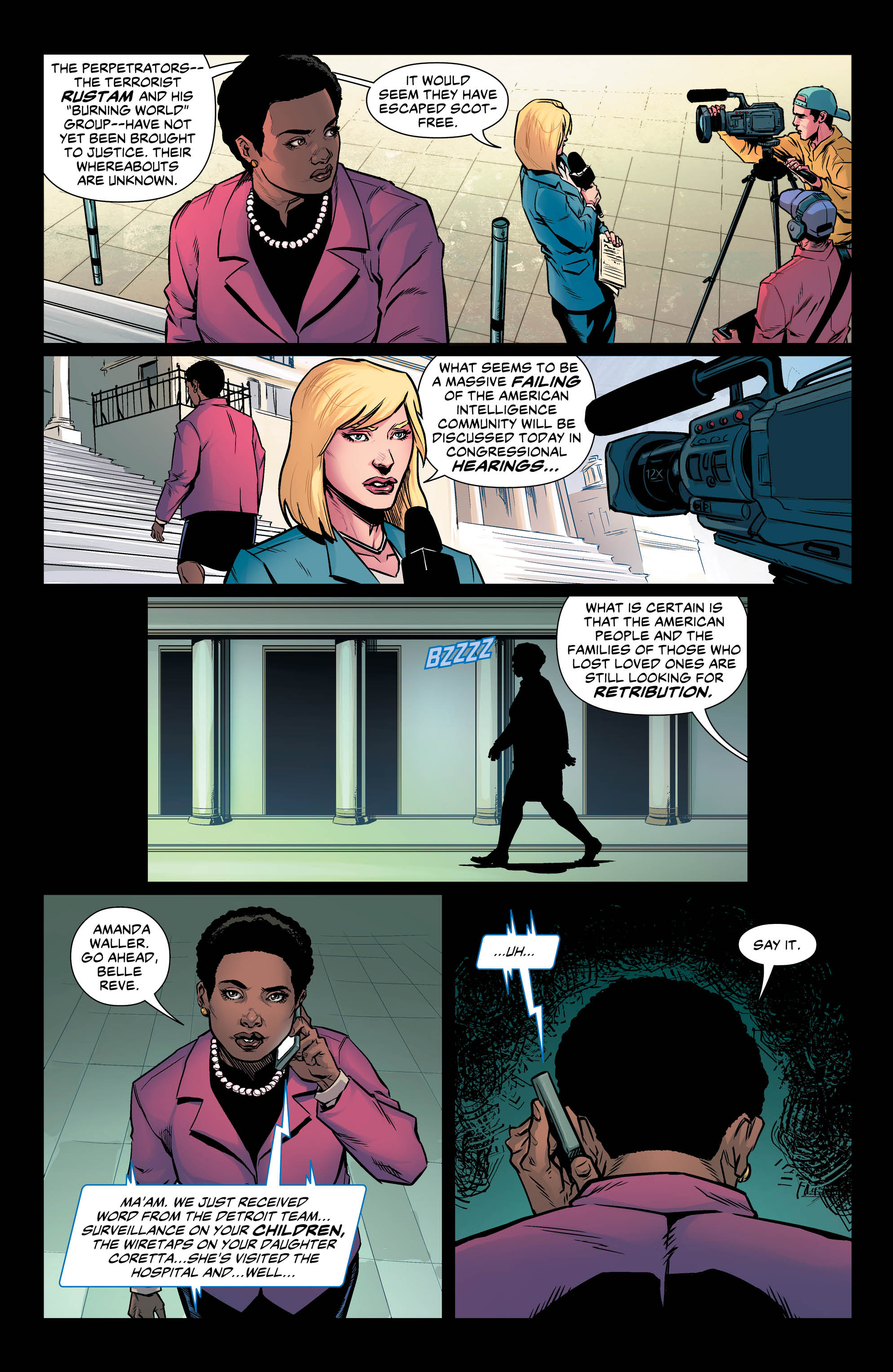 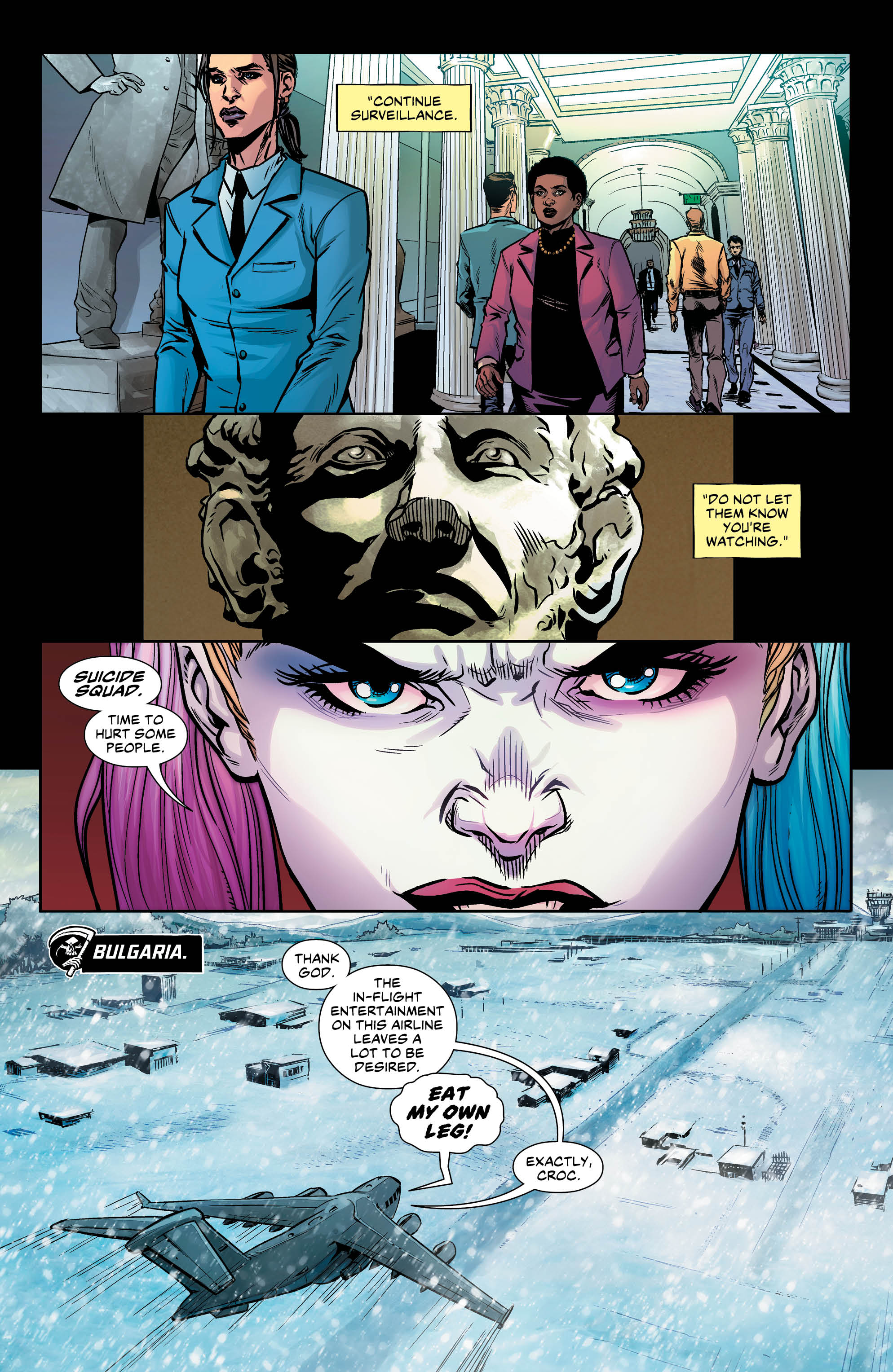 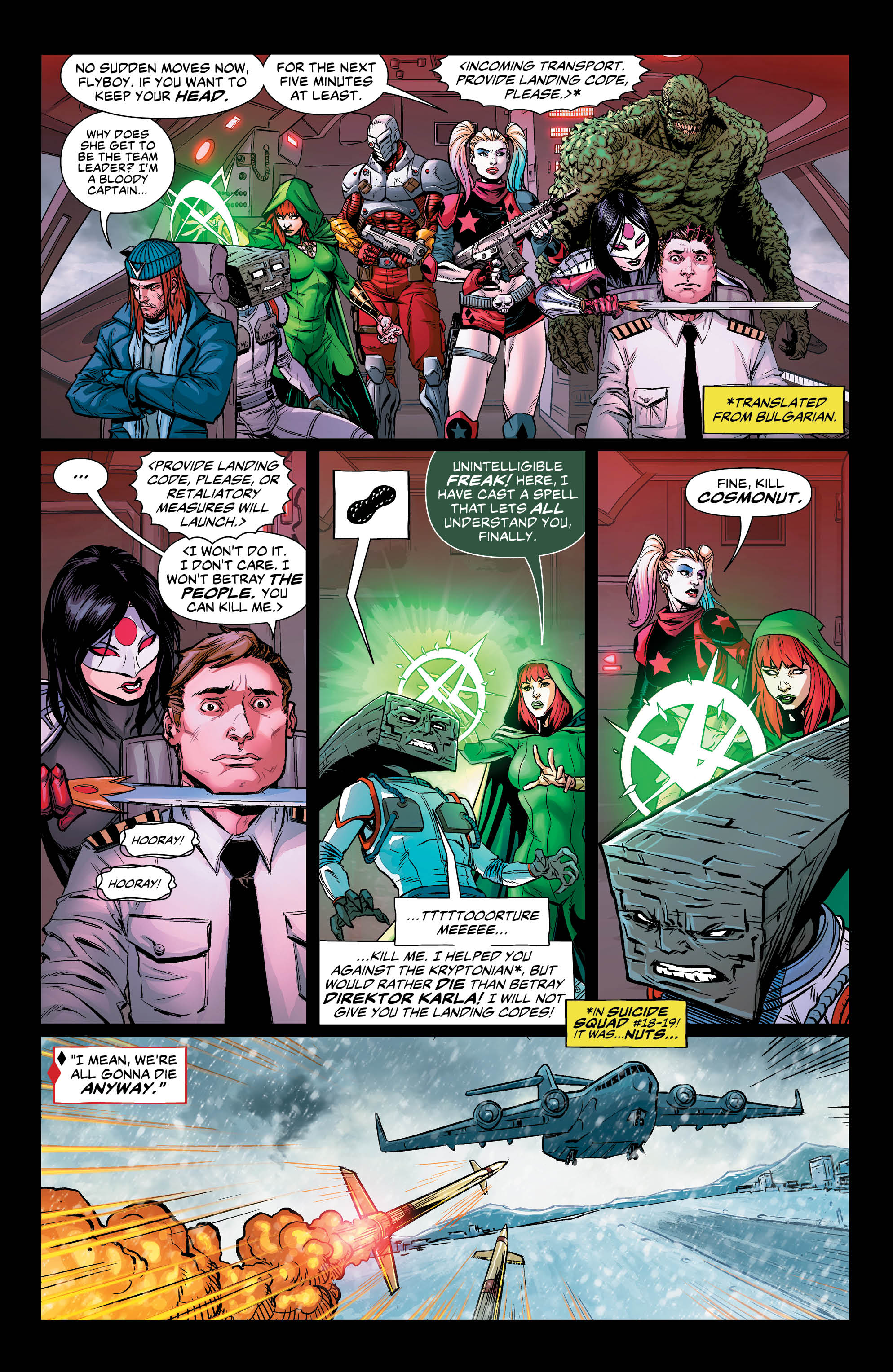 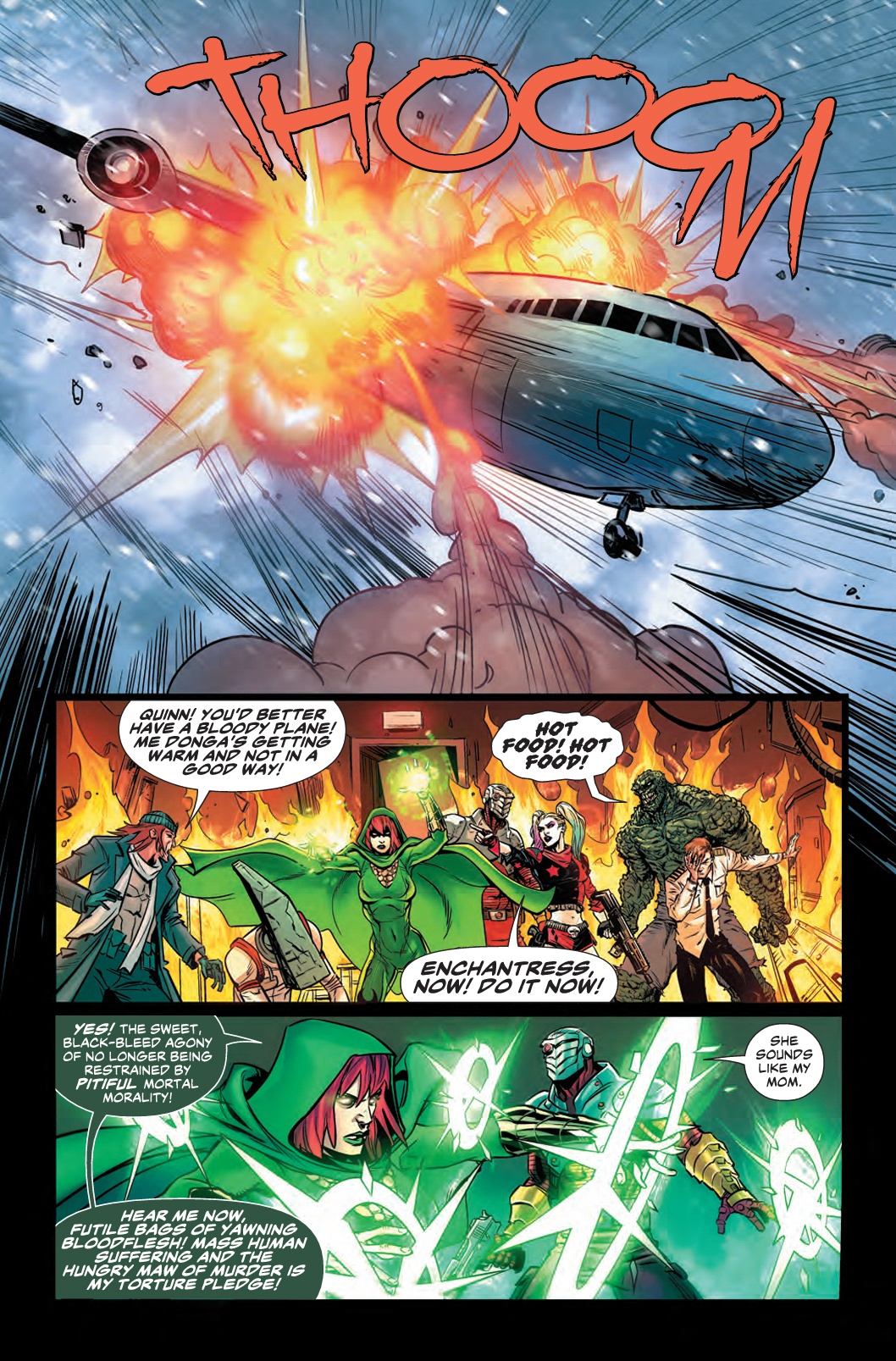 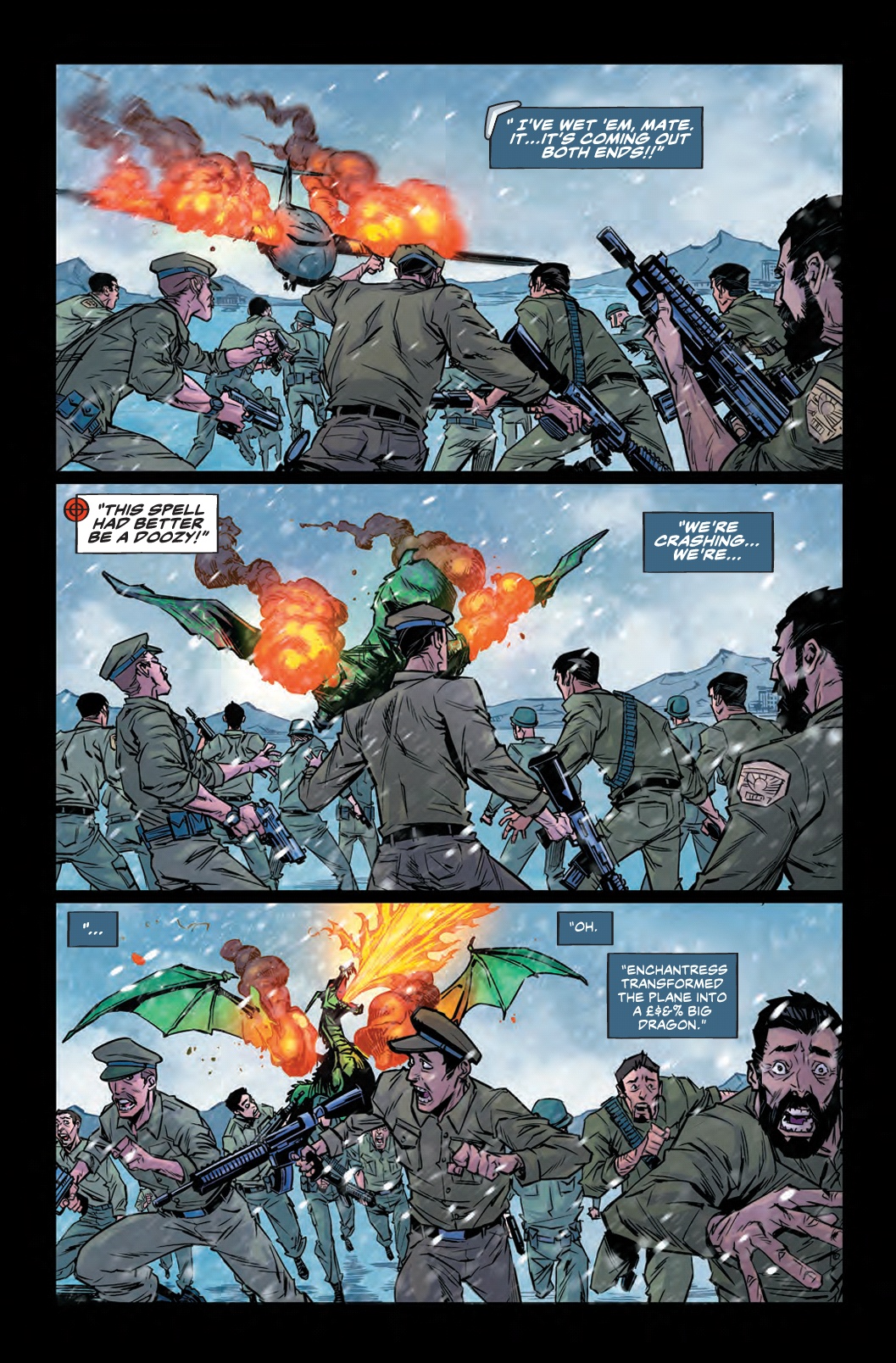 The Tears Of A Clown

Rob Williams’ writing and grasp of his characters is very strong. Croc is led by his stomach, Boomerang’s governed by cowardice, Katana’s Soul-Sword cheers on the homicidal Harley, and Enchantress is one crazy witch!

Artist Gus Vazquez has done well, this issue. While the art isn’t exactly to my taste, the story is well laid out, the style is clean and fits well with the work previous teams have established. Add to this the fact that he’s pencilled and inked every page! I love seeing new talent grow and improve… nice job.

It’s great seeing the different team members’ reactions to Harley. The emotions range from fear, to awe and from hilarity to just being impressed. This Harley demands results, and some of the orders she gives will, no doubt, provoke the same reactions from readers.

I always enjoy seeing Amanda Waller being brought down a peg or two, and the comedy this issue helps diffuse a few shocking moments. I dread to think of how Enchantress will react when she wakes up… once you’ve read the issue you’ll know what I mean! While not the strongest issue in the run, the latest Suicide Squad still brings plenty to the table.