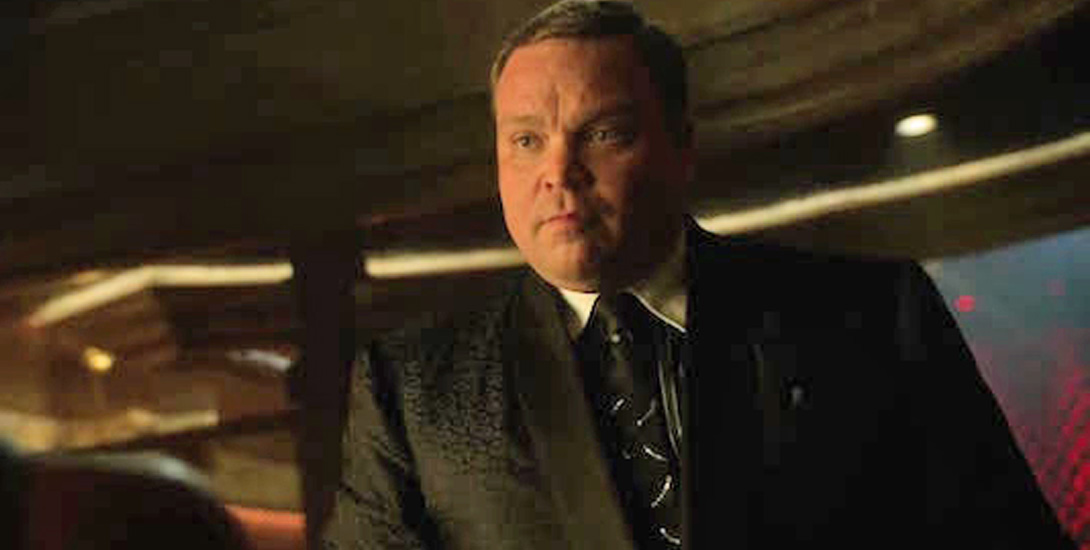 This past weekend, I had the pleasure of speaking with Drew Powell. He plays the notorious Butch Gilzean on the series Gotham. A credit to his acting skills, Drew is a great and likable person and doesn’t show the often hard exterior of Butch. I talked to Drew at his booth at the Heroes & Villains FanFest in Nashville. And since we were in Music City, it was only fitting that he brought his guitar.

RELATED: Check out our other interviews with Gotham stars David Mazouz and Sean Pertwee!

Catch Drew, and the other denizens of Gotham, when they move to their new night this fall – Thursday nights at 8/7c starting September 28 on FOX.