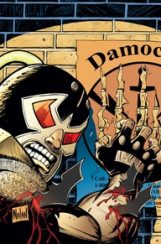 It’s a Gotham reunion in this month’s issue of Bane: Conquest. After being taken down by Damocles (horrible name) and his gang of merry men, Bane wakes up in a prison, sharing a room with none other than Bruce Wayne. The two slowly “catch up” on their situation, and in a classic “the enemy of my enemy is my friend” situation, team up to try and escape. But don’t worry, Bane promises Bruce he’ll die last.

Bane stories really aren’t the best in the Batman universe. Knightfall was only good in its first volume, and part of that was the menacing way Bane was portrayed. This series, and we’re only 2 in, continues the trend of “meh.” It’s great that the villains creators are teaming back up, and the character looks and feels just like he did in the ’90s. The only problem is we’re rooting for him. That’s ALWAYS been my problem with Bane. In 2012’s The Dark Knight Rises (my favorite use of the character), I never rooted for the guy. He was evil, strong, scary and had no remorse.

In Conquest, he’s teaming up with the Dark Knight to escape this evil place. Bane would NEVER team up with his foe. He’d just as likely beat his ass and find a way out on his own. At least that’s how my version of the behemoth would be. 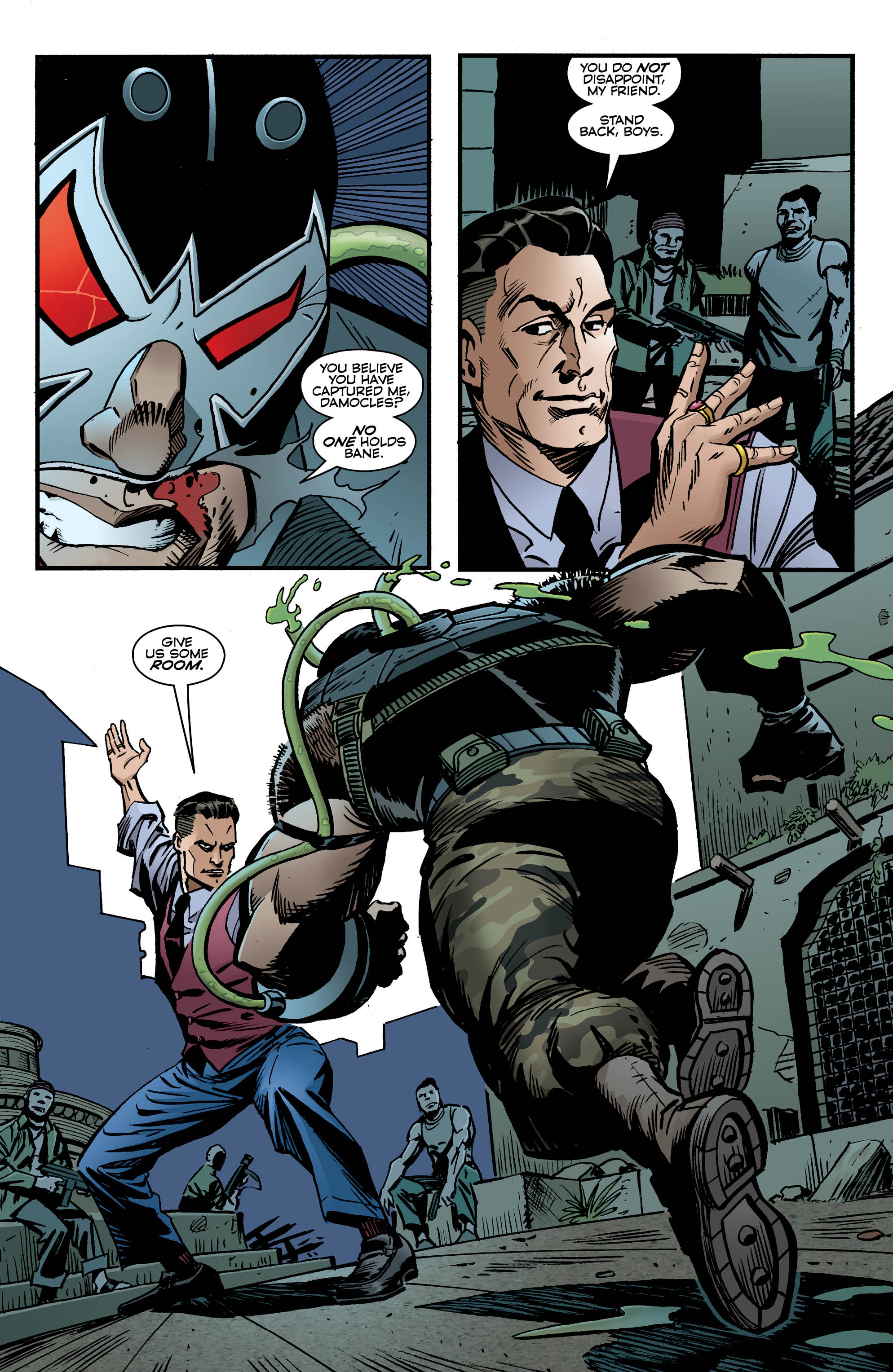 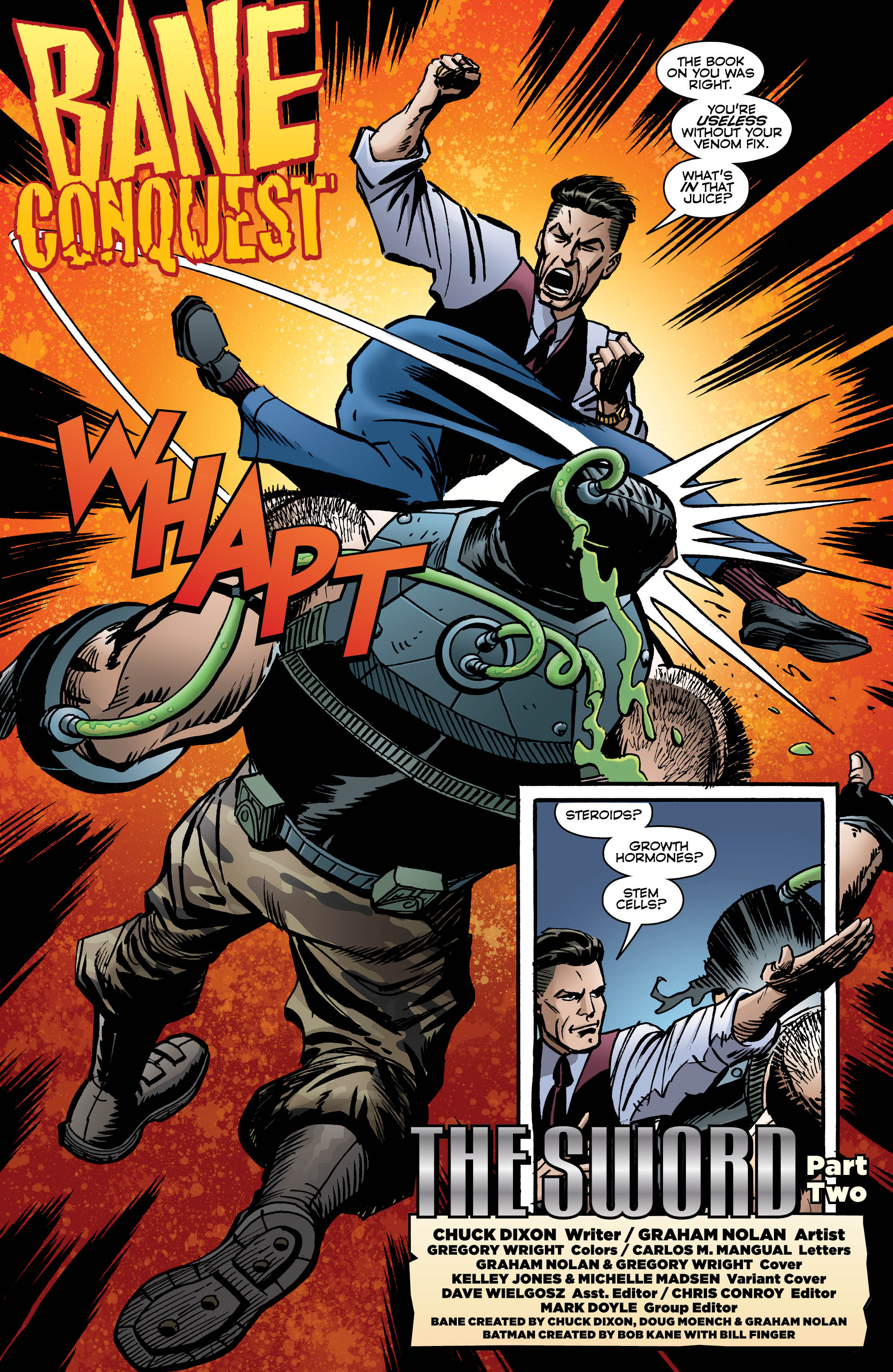 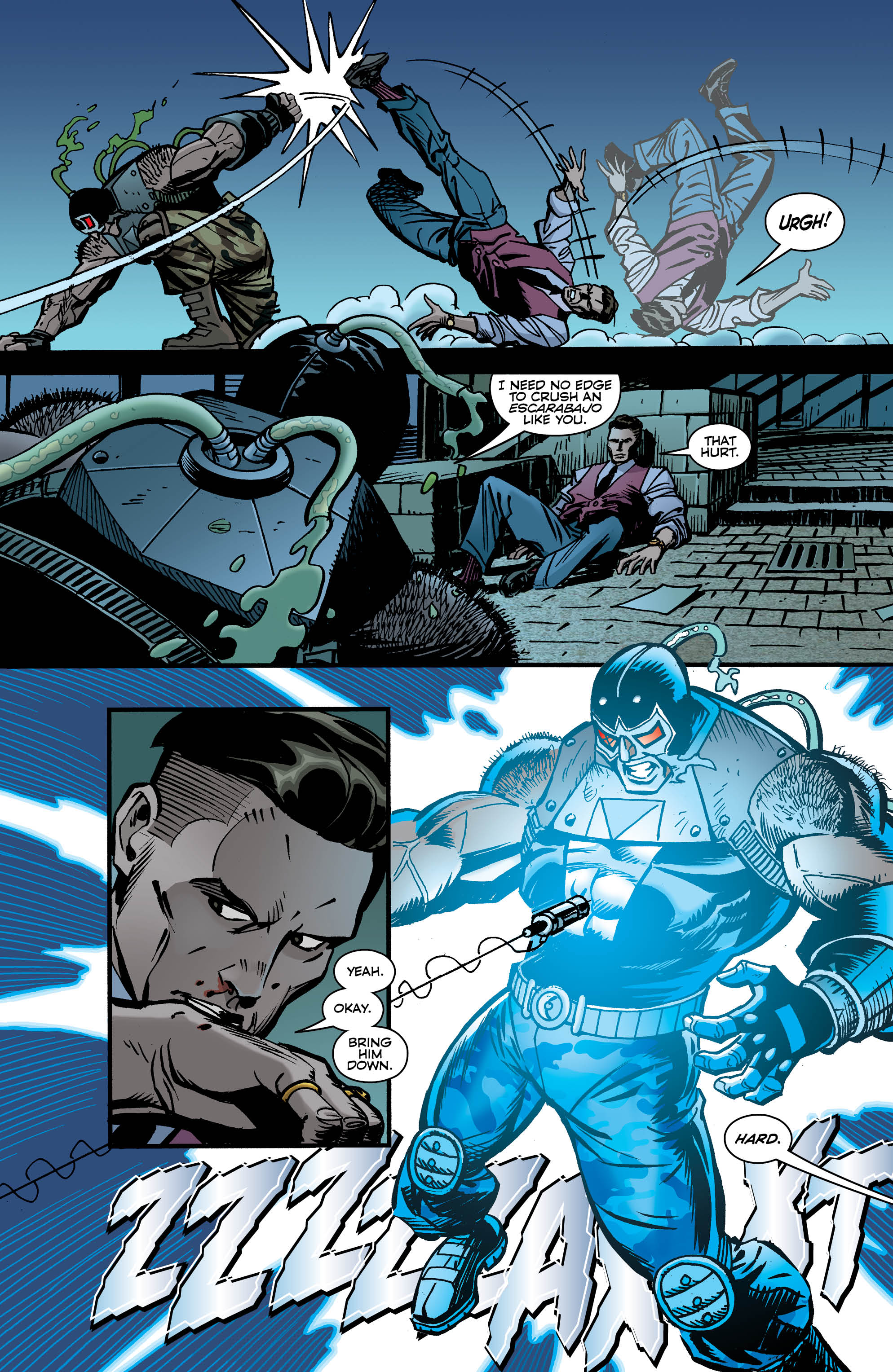 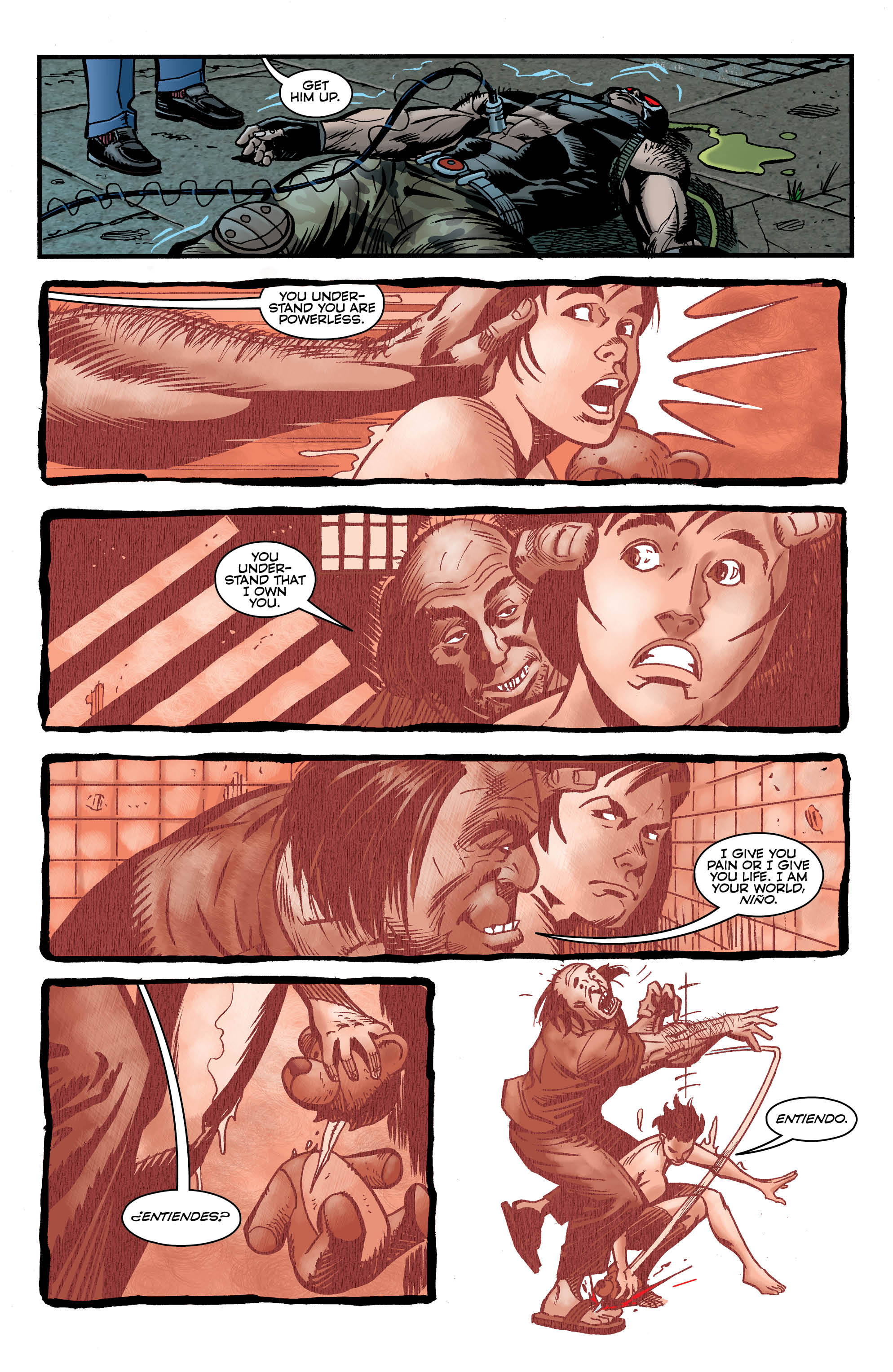 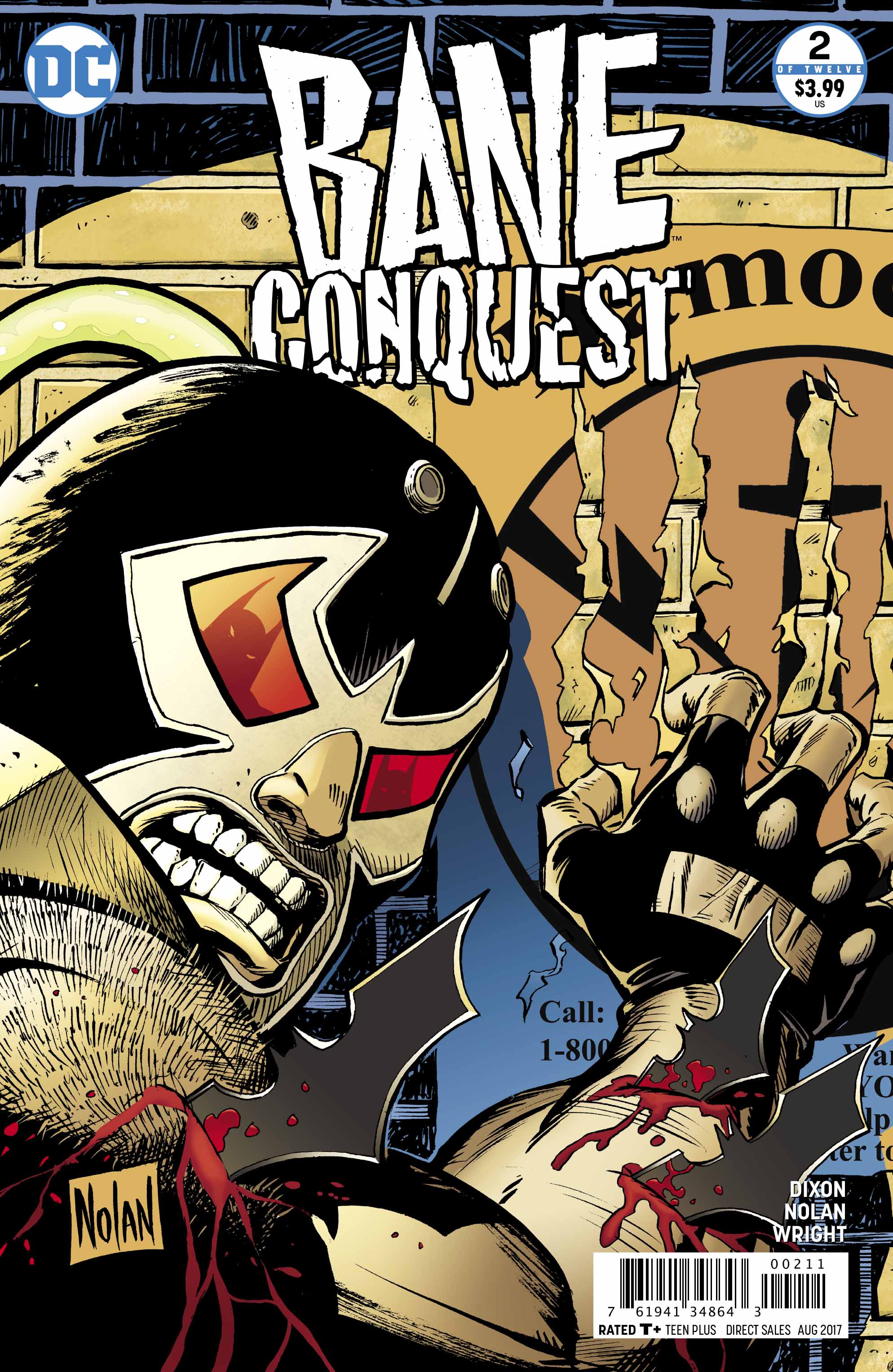 So let’s take personal bias aside and rate this issue on what it is. We have a villain (with a horrible name), who has taken out our protagonist. While showing moments that are true to character, he remains stubborn and attempts to find his own way out, while covering the evil leader’s ultimate plans. Bruce, however, is 100% Batman: patient, wise, and observant. He’s going to save the day, even though this is a Bane story.

The art by Graham Nolan is welcoming. I’d swear you could pick this issue up and think it was straight out of the ’90s. That’s not a complaint either. He created Bane and every panel with the character is a perfect nod to their original version. This book looked like a comic, and that was welcoming.