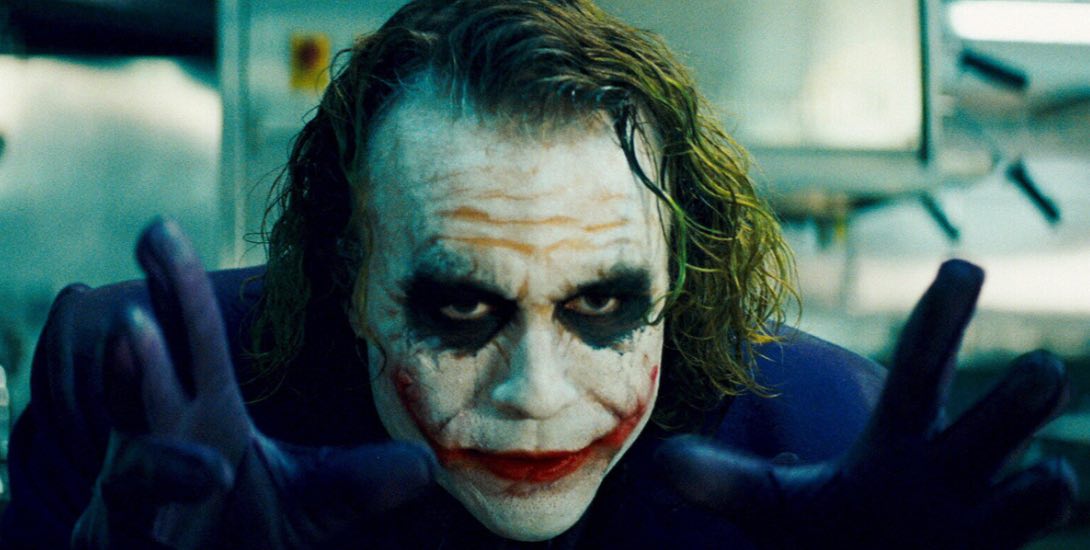 When Heath Ledger tragically died on January 22, 2008 from an accidental overdose of prescription medication, rumors quickly started swirling that it was from his time playing the role of the Joker in Christopher Nolan’s The Dark Knight.

It has now become well known that in preparation for the role, Heath locked himself in a hotel room in London for a month creating a “Joker diary” of things he would find funny (such as cancer or AIDS), while experimenting with voices and the iconic laugh.  While we, the audience, are never given a backstory of the Joker in The Dark Knight, he simply just exists as the chaos to Batman’s order, the diary represented his backstory in Heath’s mind.

Do you remember the scene in the film when Bruce Wayne is holding a fundraiser for Harvey Dent in his penthouse, and the Joker crashes it?  Michael Caine’s Alfred was supposed to have a line when the Joker enters the room, but Heath’s performance was so scary and so believable he had forgotten them.  This well established, esteemed actor of an entire generation forgot his lines because of this performance.

This is why many thought that playing this character is what caused Heath to overdose on medication, but according to his sister Kate Ledger, this simply is not true.  Ahead of the film, I Am Heath Ledger, coming out next week, she said, “He was a really happy person and he had huge plans for his future.”

She goes on to say:

“I spoke to him the night before (he died) and we were laughing and joking.  He was so proud of what he had done in Batman.  And I know he had plans for another Batman.  He loved working with Chris Nolan and Christian Bale and Gary Oldman.  He just had the best time ever doing that film.  When he came home at Christmas he couldn’t wait to tell us all about it and he was doing the voice and laughing, showing me all the rushes.  We had a great time.”

This news makes his death even more tragic.  He was clearly doing what he loved, having a great time doing it, and was hitting his stride into super stardom.

With this news that Heath was more than willing to return as the Joker, how do you think this would’ve changed The Dark Knight Rises?  Would it still be called that?  Would Bane still have been the villain?  Or would the Joker have a lesser, maybe even simply cameo role?