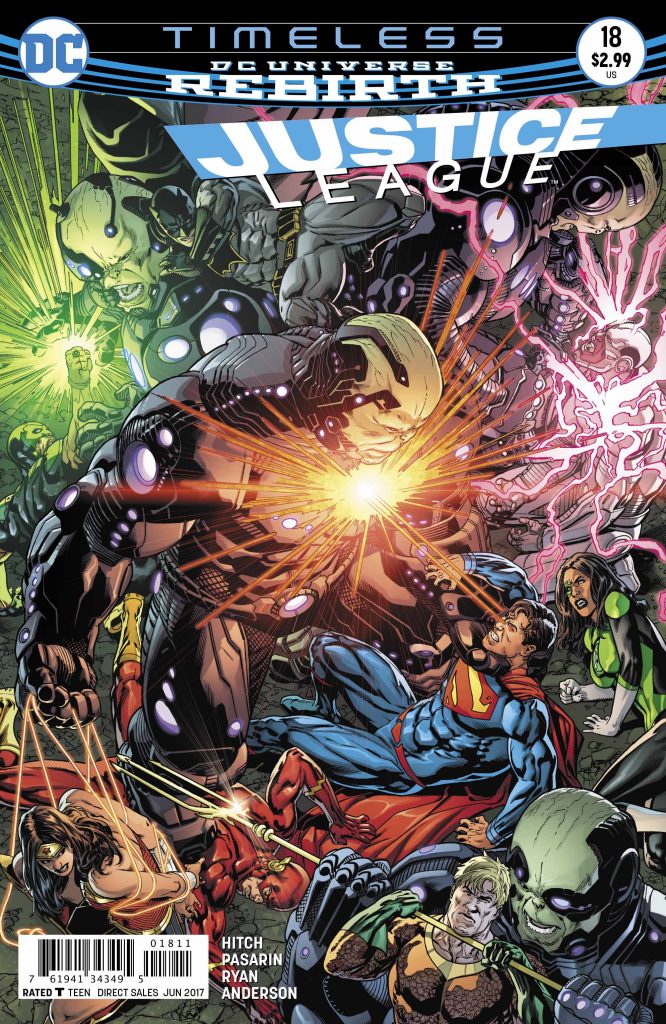 “Timeless” is… an interesting arc, but interesting to me for the wrong reasons. Don’t get me wrong – I am enjoying reading this book, but this issue in particular was essentially just Batman, sometimes Superman, and then the rest of the League for one or two panels each. The different time periods that each of the League members were trapped in just sort of wrapped up with no warning, and I found that pretty disappointing. The idea of The Flash being taken back to the night he got his powers, the Lanterns in the 26th Century where they can’t use their powers, Cyborg with Brainiac in the 31st Century… there was so much potential there for something great, but nothing ever came from it. Normally, I wouldn’t complain about a book that just feels like an extension of a solo Batman series, but I’ve said before that Hitch writes the League in such a unique and awesome way, and this issue felt like he dropped the ball a little.

The final page reveal was pretty predictable. I sort of had an idea in my head two issues ago that Molly could be working for the Timeless or just be an outright villain, and it turns out it was right. Immediately after reading this book, I went back to issue 15 – part one of the “Timeless” arc – and re-read it with the knowledge I now have, and I have to say I enjoyed it a lot more than I said I did originally. I did notice though the sinister nature of some of the things Molly was saying, and I have to give credit to Hitch for weaving that in really well. However, I was interested in the idea of whatever the Timeless were, and I’m sort of sad to see them be brushed aside for Molly – whom we haven’t really seen much of since the first part of this arc. 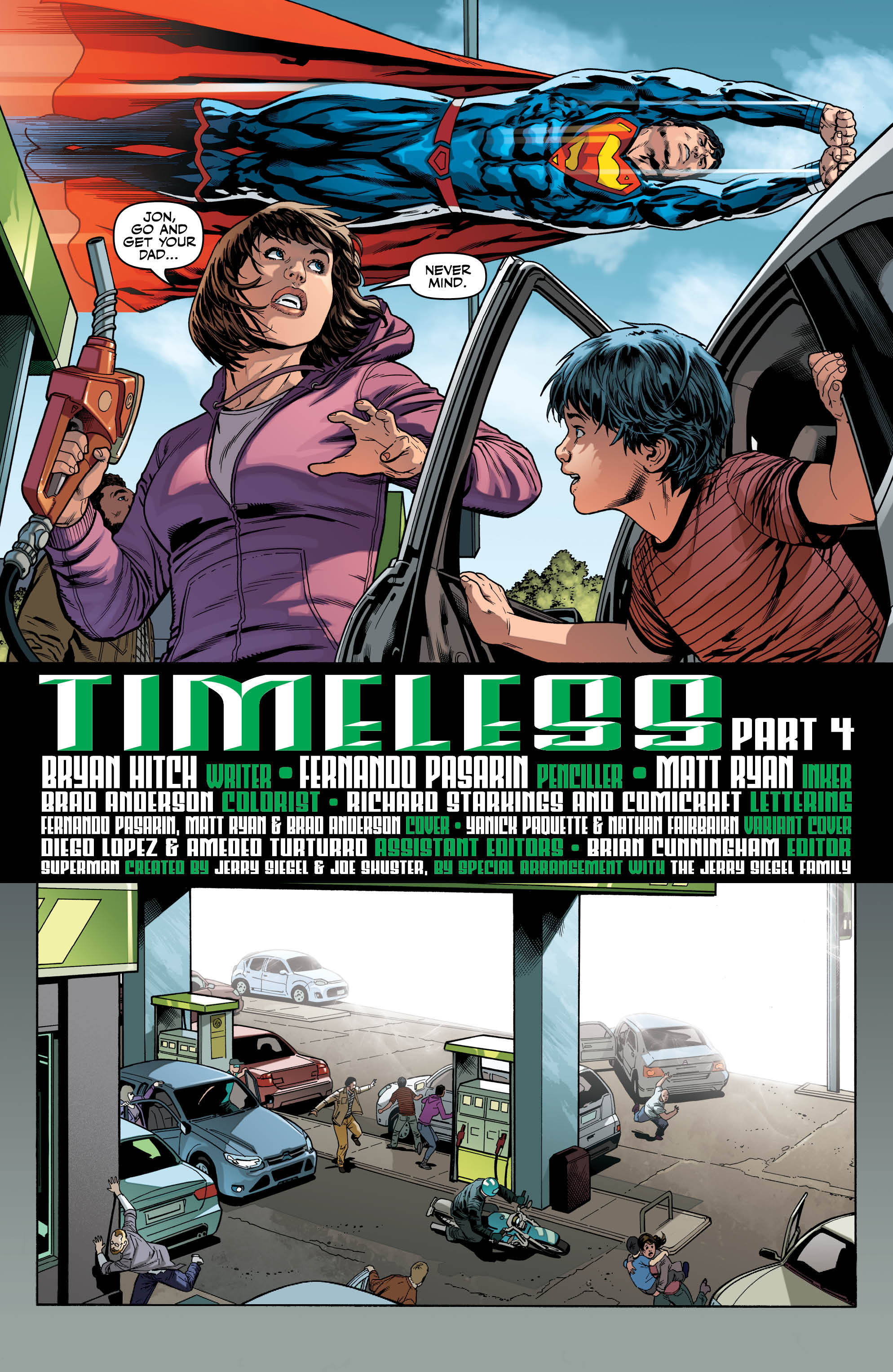 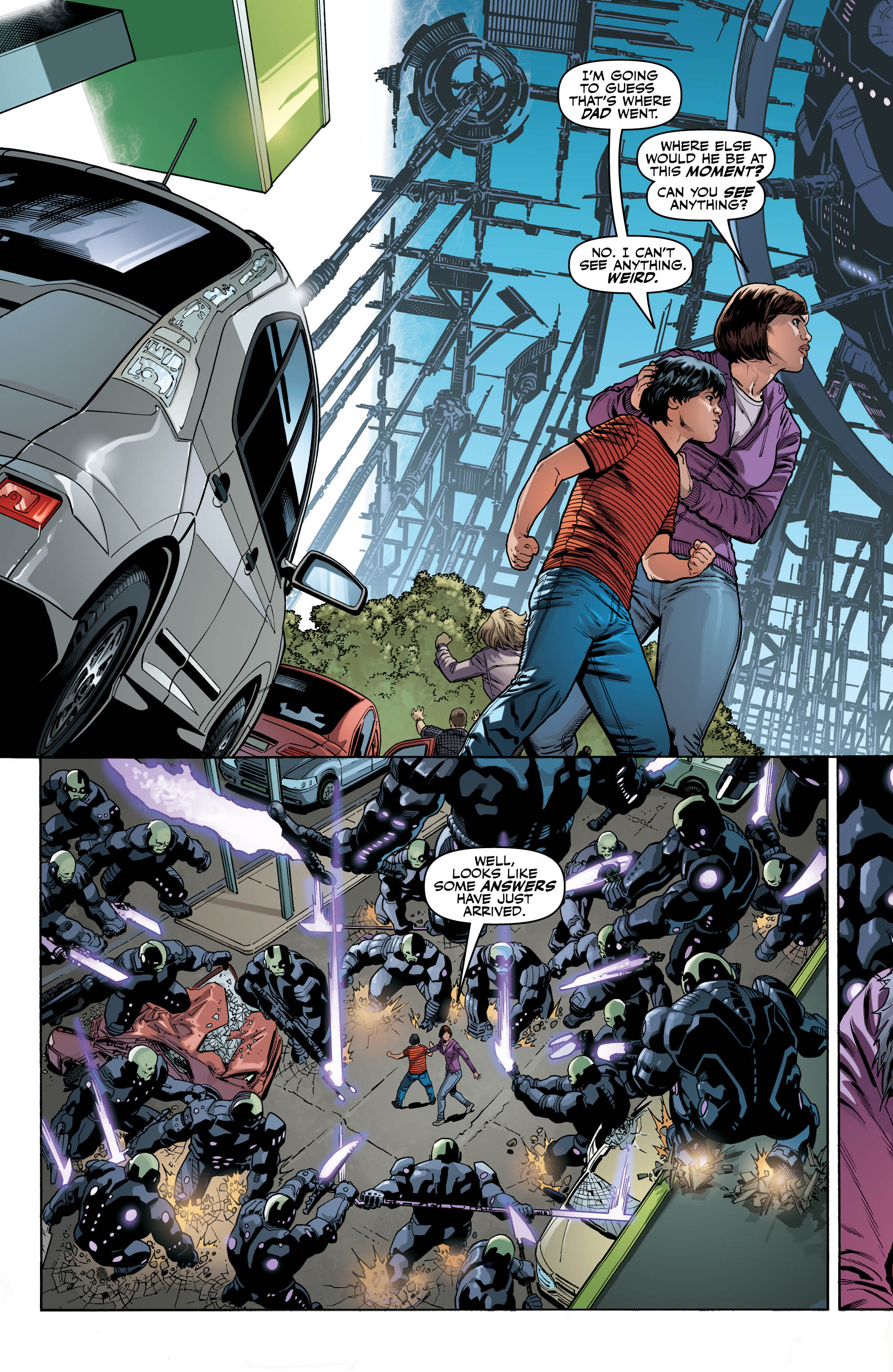 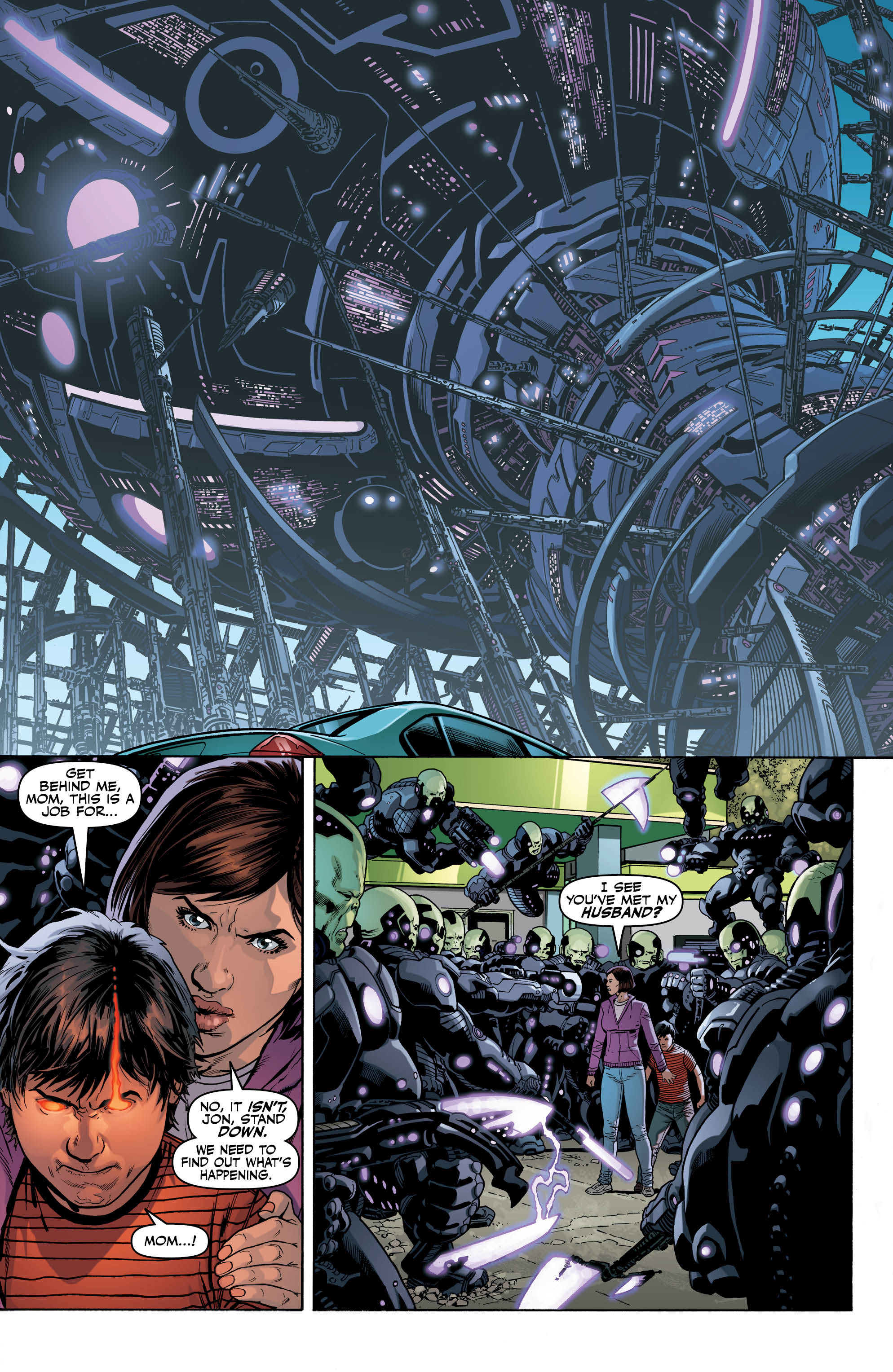 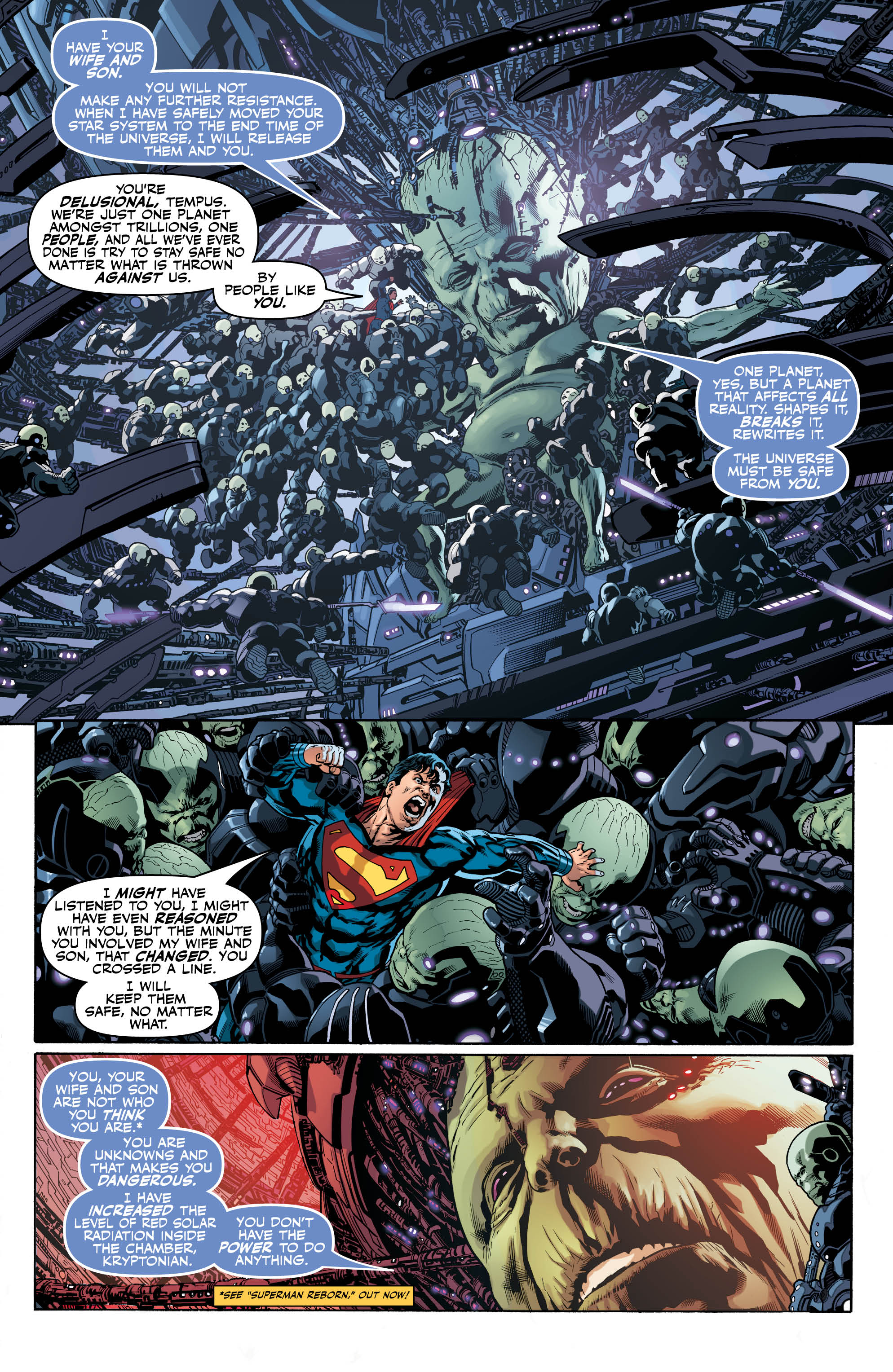 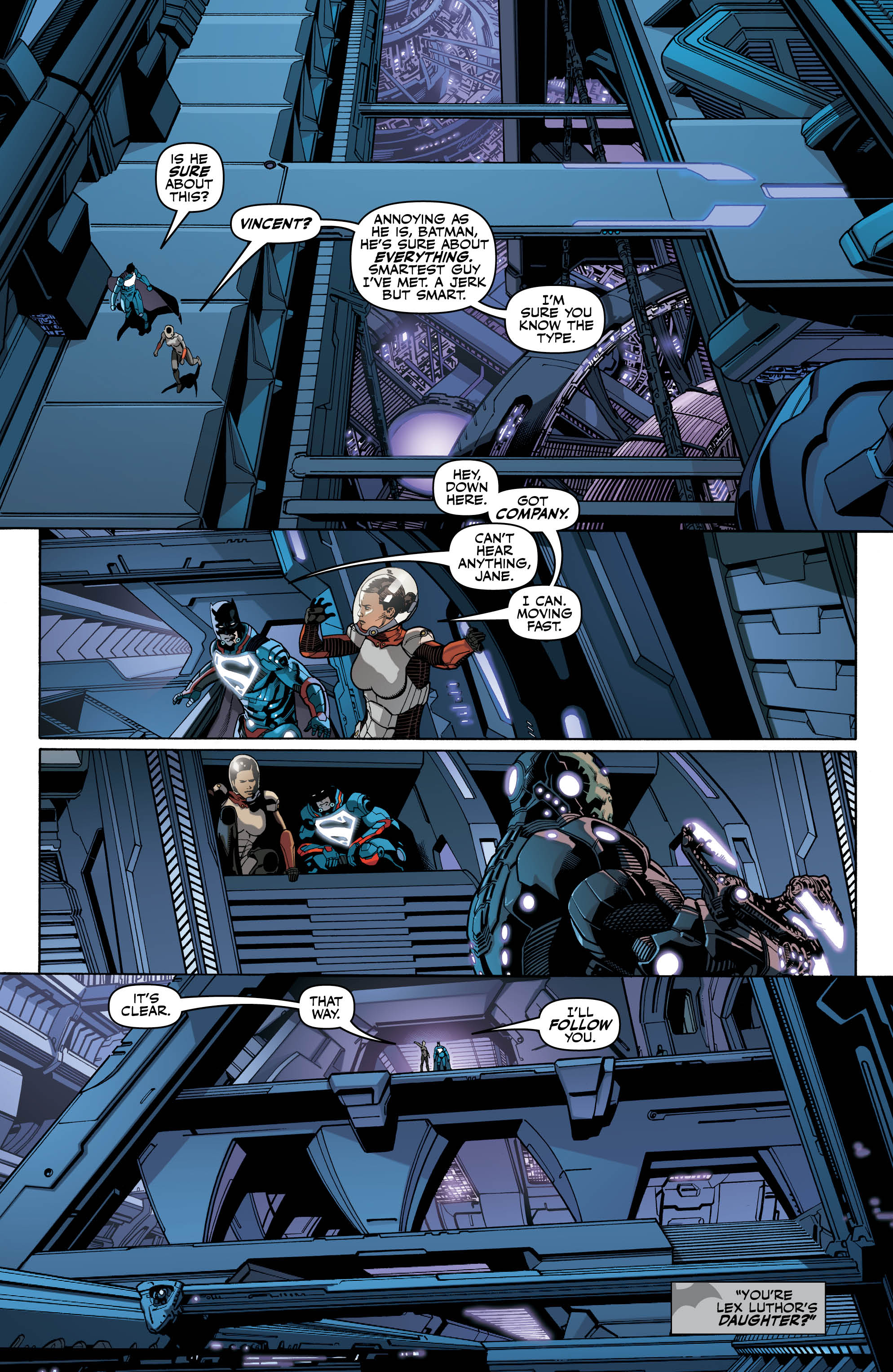 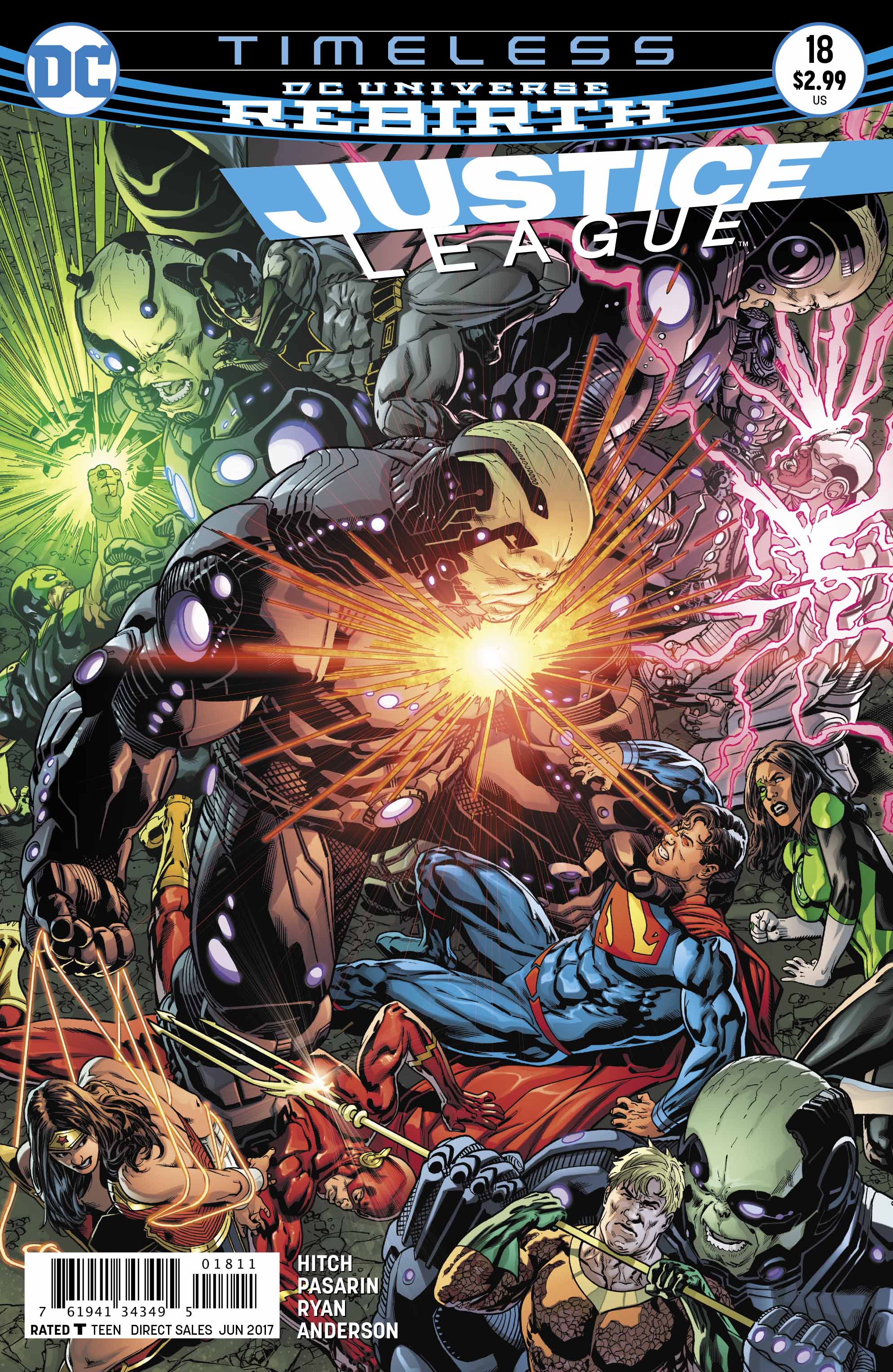 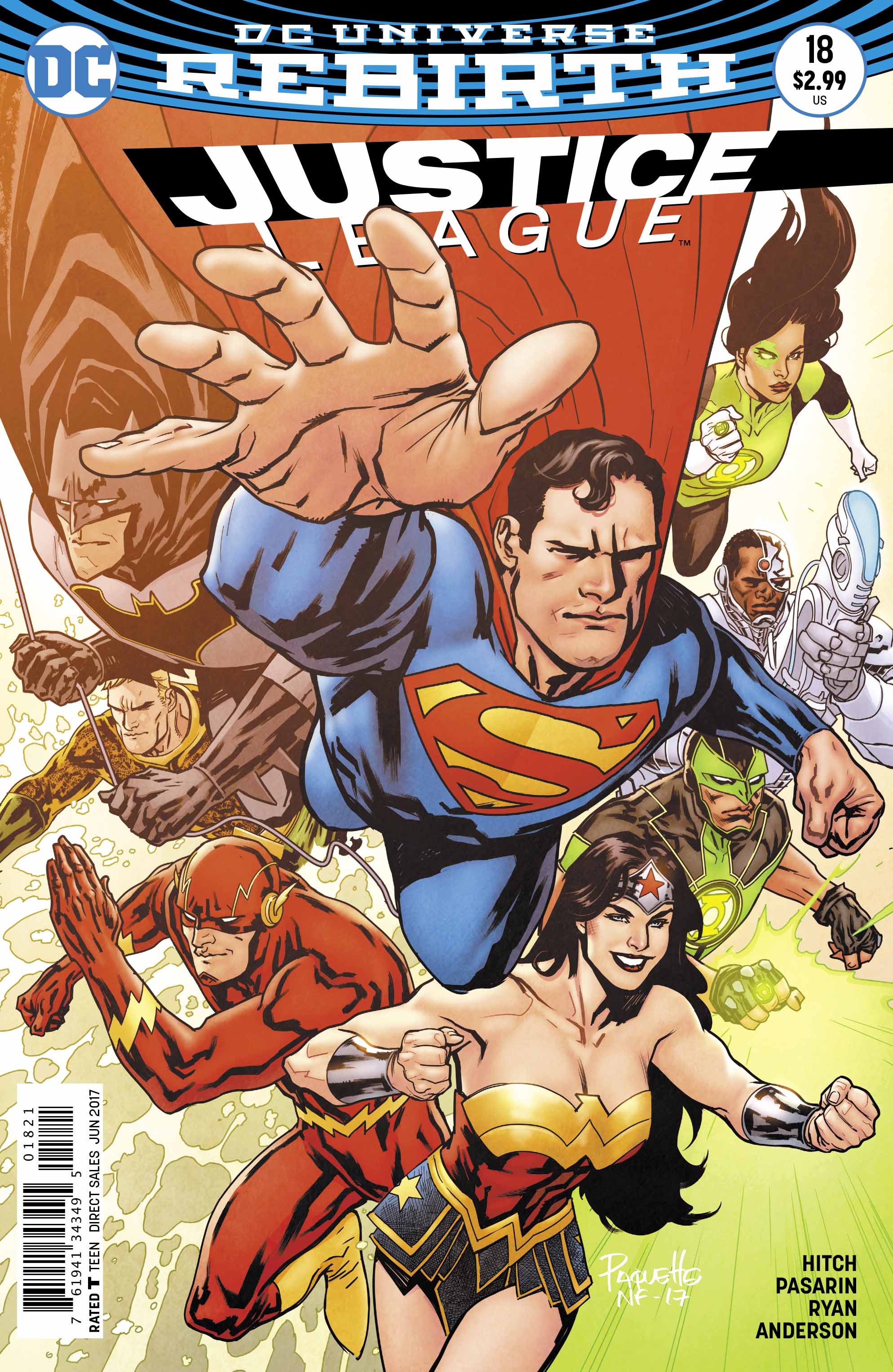 Despite the negativity, I did still like reading this issue. It’s the Justice League – of course, I am going to find something to love. Mostly, that came from the art; we have Fernando Pasarin on pencils, Matt Ryan on inks, Brad Anderson on colors, and Richard Starkings & Comicraft on letters, with the cover drawn by all but the latter two. I have to give a special mention to the awesome looking variant from Yanick Paquette & Nathan Fairbairn. It has a real old-school vibe to it and honestly, it was good fun to look at! Consistent as ever, the art in this book is wonderful. It always complements Hitch’s writing really well, but in this issue – for me personally – it saved the book. Despite us only seeing most all of the League for one or two panels, the small drawings of them we did see looked great. Also the final page reveal of Molly – wicked cool.

There’s certainly things to love about this book, but in this issue, you would be hard-pressed to find many of them. The art holds up as well as ever, but the writing fell flat, though still enjoyable in some moments. I had my reservations about this arc from the beginning, and it’s certainly been a roller coaster since then.