It’s that time again: DC have just put their May 2017 solicitations live on their website and its time to start planning how I’m going to spend my upcoming pays! The catalogue is live now on the DC Comics website, but you can check it out for yourself just by clicking the following link: May 2017 Solicitations. Below is also the official press release from DC regarding the announcement! 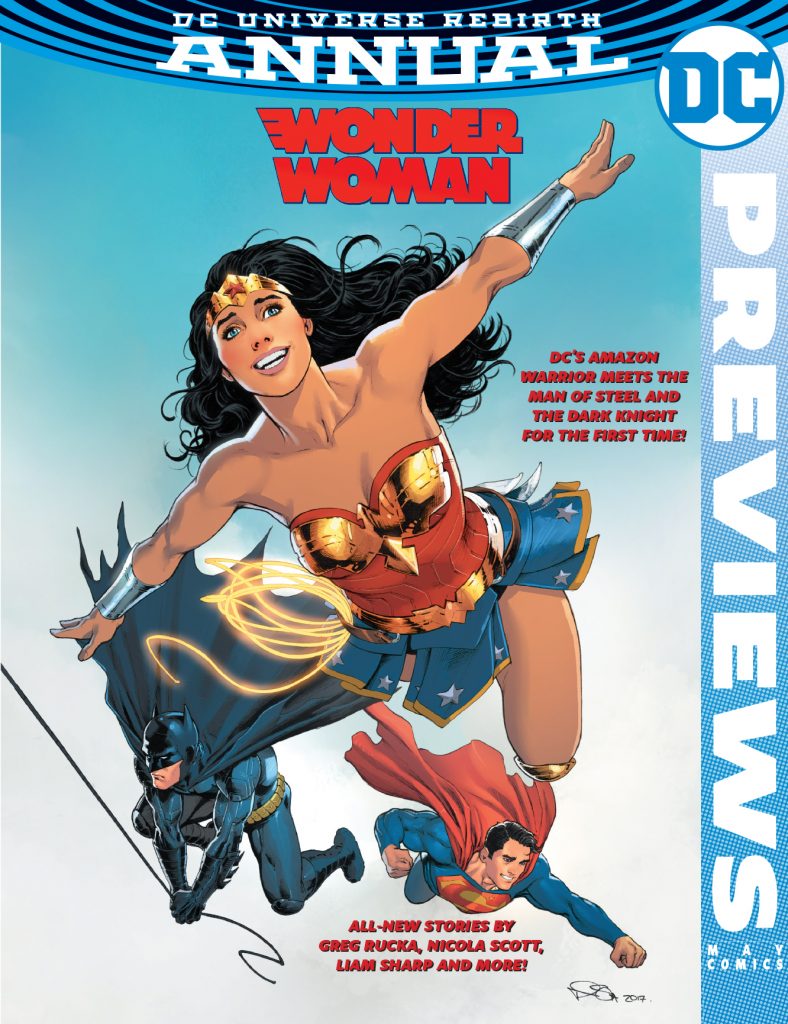 See what DC has in store for May 2017 with the March 2017 Previews Catalogue. This month, in TITANS, TEEN TITANS and DEATHSTROKE, “ The Lazarus Contract” turns Slade Wilson into the Fastest Man Alive! Also in May is the return of Chuck Dixon and Graham Nolan to DC with BANE: CONQUEST. Not to be outdone, DC’s Young Animal launches a new series with BUG!: THE ADVENTURES OF FORAGER. The March Previews Catalog also included the rest of the May on-sale comics, plus trade paperbacks and hardcovers, new items from DC Collectibles and more!

Personally, I am excited for a few reasons. I would have to say that the biggest piece of hype on my list is the upcoming “Blockbuster” arc starting in issue 21 of Nightwing. That news also confirms that the upcoming arc – “Nightwing Must Die” – will only run for five issues, which is a solid length. Seeley’s Nightwing has been the highlight of Rebirth for me and I excited to see what he does with a classic DC villain like Blockbuster.

In other news, clear your calendars and save some money for May 31 – on this day, DC is releasing not one – not two – but three annuals in the form of Teen Titans, Wonder Woman and Trinity, as well as the final issue of Dark Knight III: The Master Race. The Teen Titans annual is prefaced by three issues that conclude inside said annual spanning Titans #11, Teen Titans #8 and Deathstroke #19, which in turn make up the aforementioned “Lazarus Contract” crossover. May is going to be a big one, so prepare yourselves! What are you most excited for? Be sure to let us know down in the comments below!