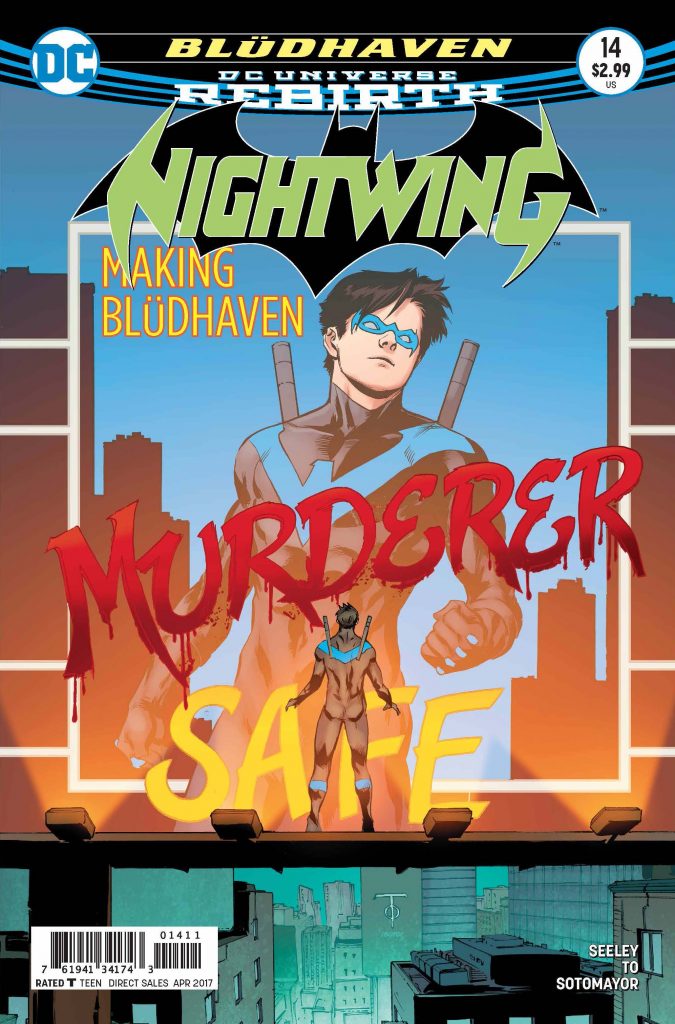 It’s finally here: the long-awaited (at least by me) final issue of Tim Seeley and Marcus To’s “Blüdhaven” arc! I will get to all of the important stuff in a moment, but first, I want to reiterate the spoiler tag. This review will contain spoilers for the issue and pertaining to the cliffhanger ending, so don’t read this until you’ve read Nightwing #14. Okay, with that out of the way, let’s get straight to it!

The issue as a whole was a solid piece of work, with all of the loose bends that accumulated over the course of the series coming together in a neatly tied bow. Even though this is solicited as the finale for “Blüdhaven,” the next issue is shown to feature more about the relationship between Dick and Shawn, with the next arc beginning in Nightwing #16. So while this particular arc may be over, I don’t think this is the last we’ll see of the city during this run. Going back for a second, I want to bring up the newly discovered romance between Dick and Shawn. I expected it to happen throughout the entire arc, but I wasn’t sure if Seeley would bring it together or not in a way that was satisfying and logical, but I have to say he definitely did. I won’t talk about it too much because the solicitation for next issue seems like it’s going to cover it in greater detail, and I will do the same in that review. 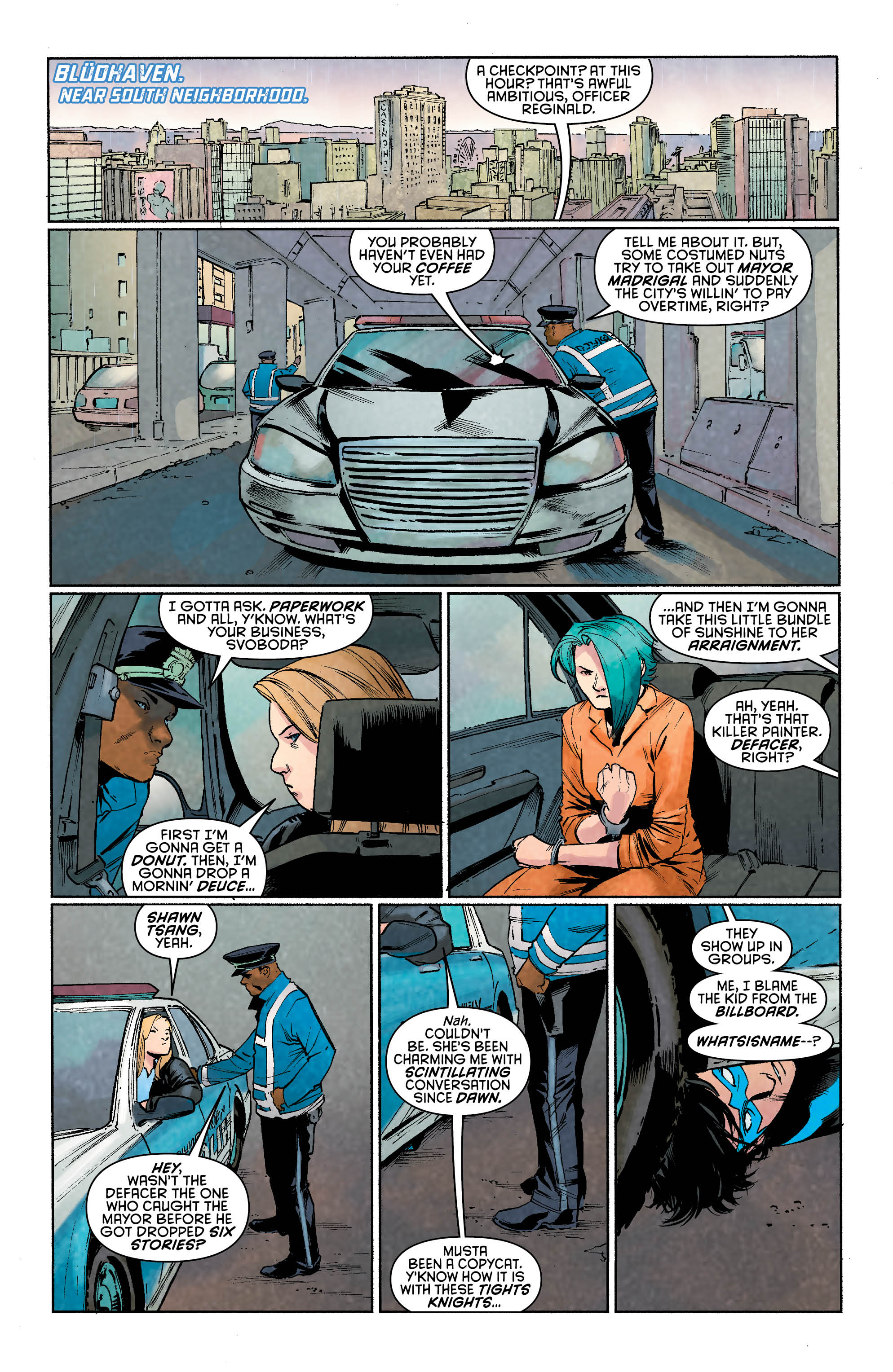 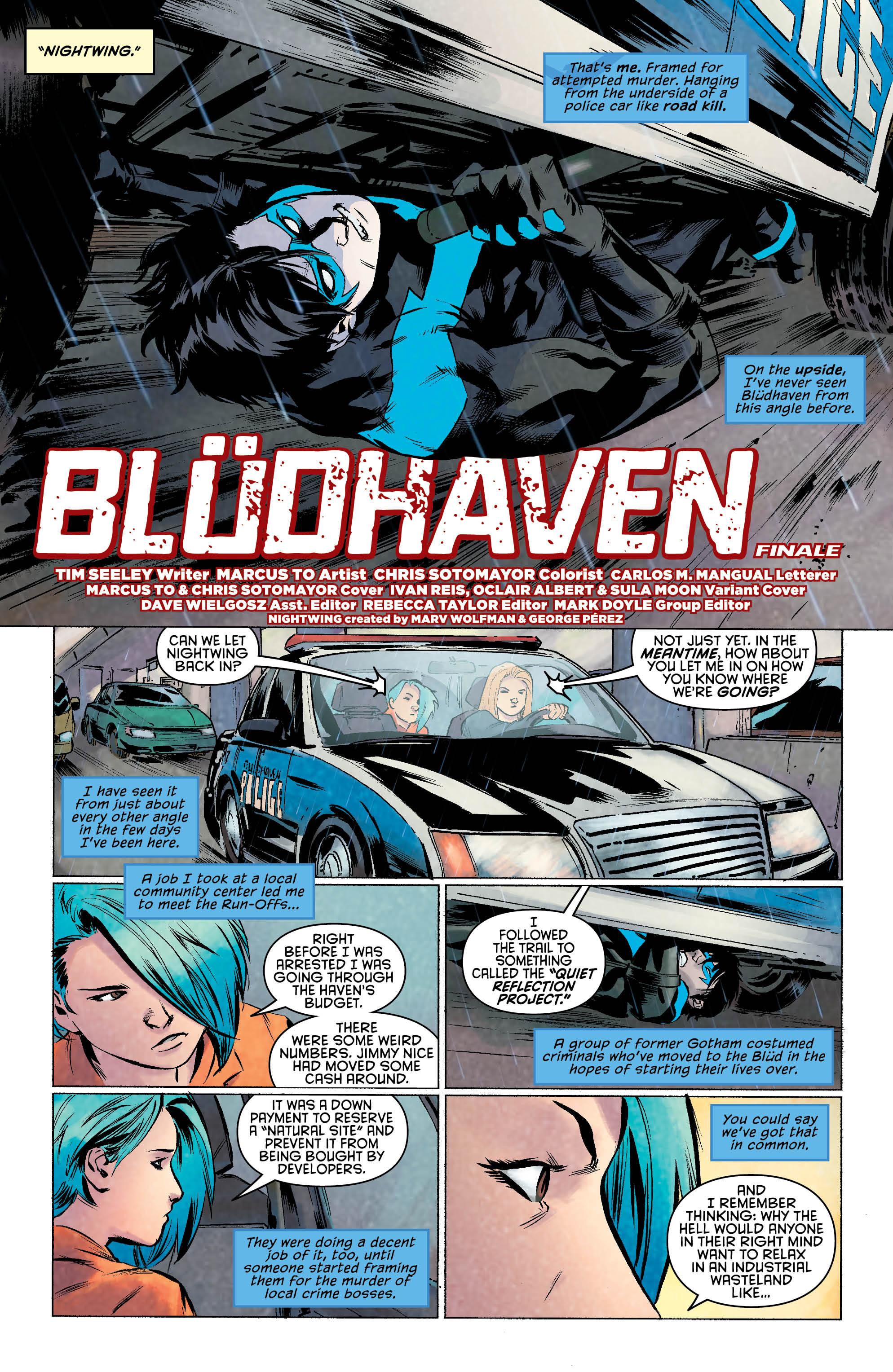 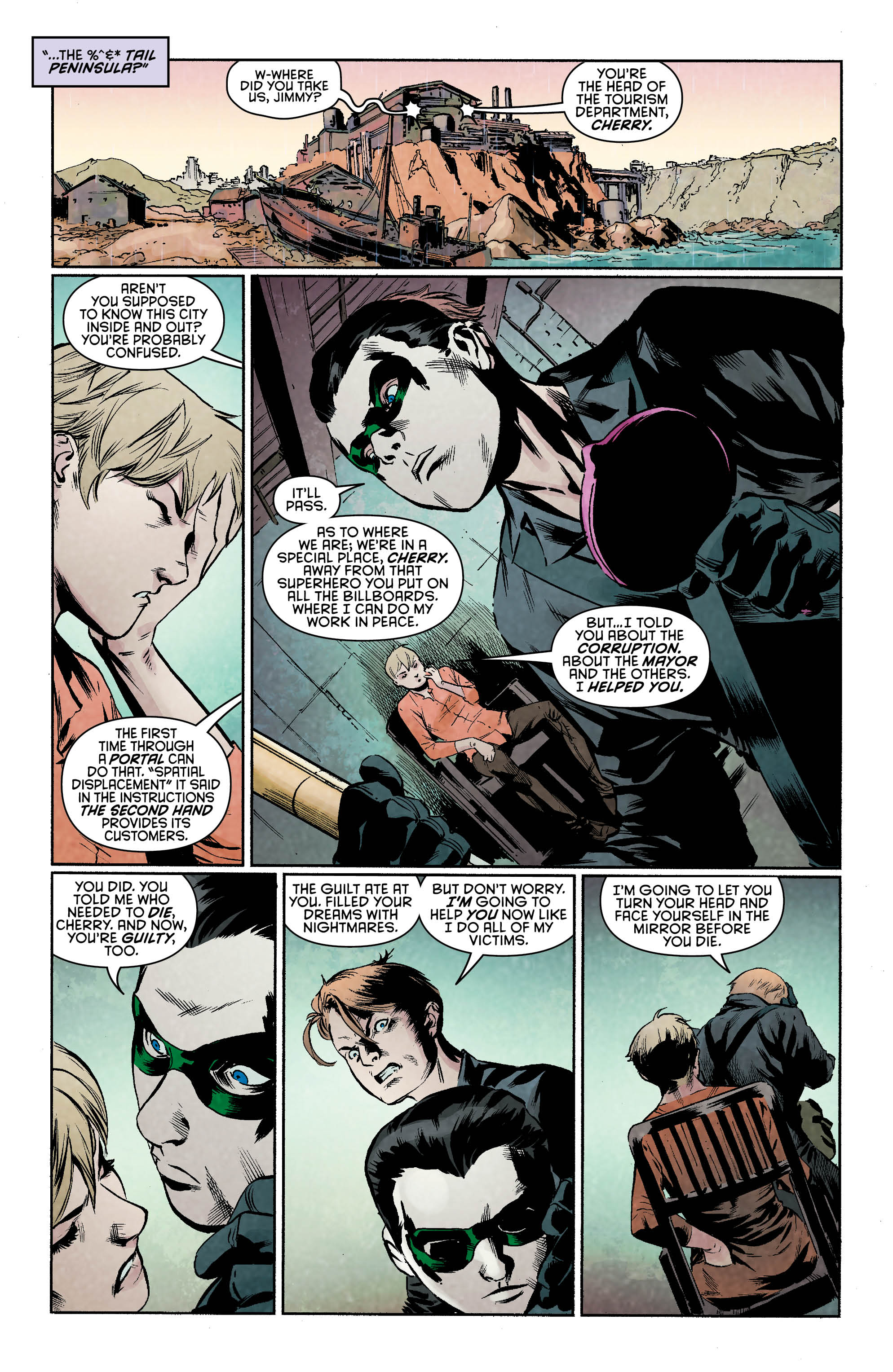 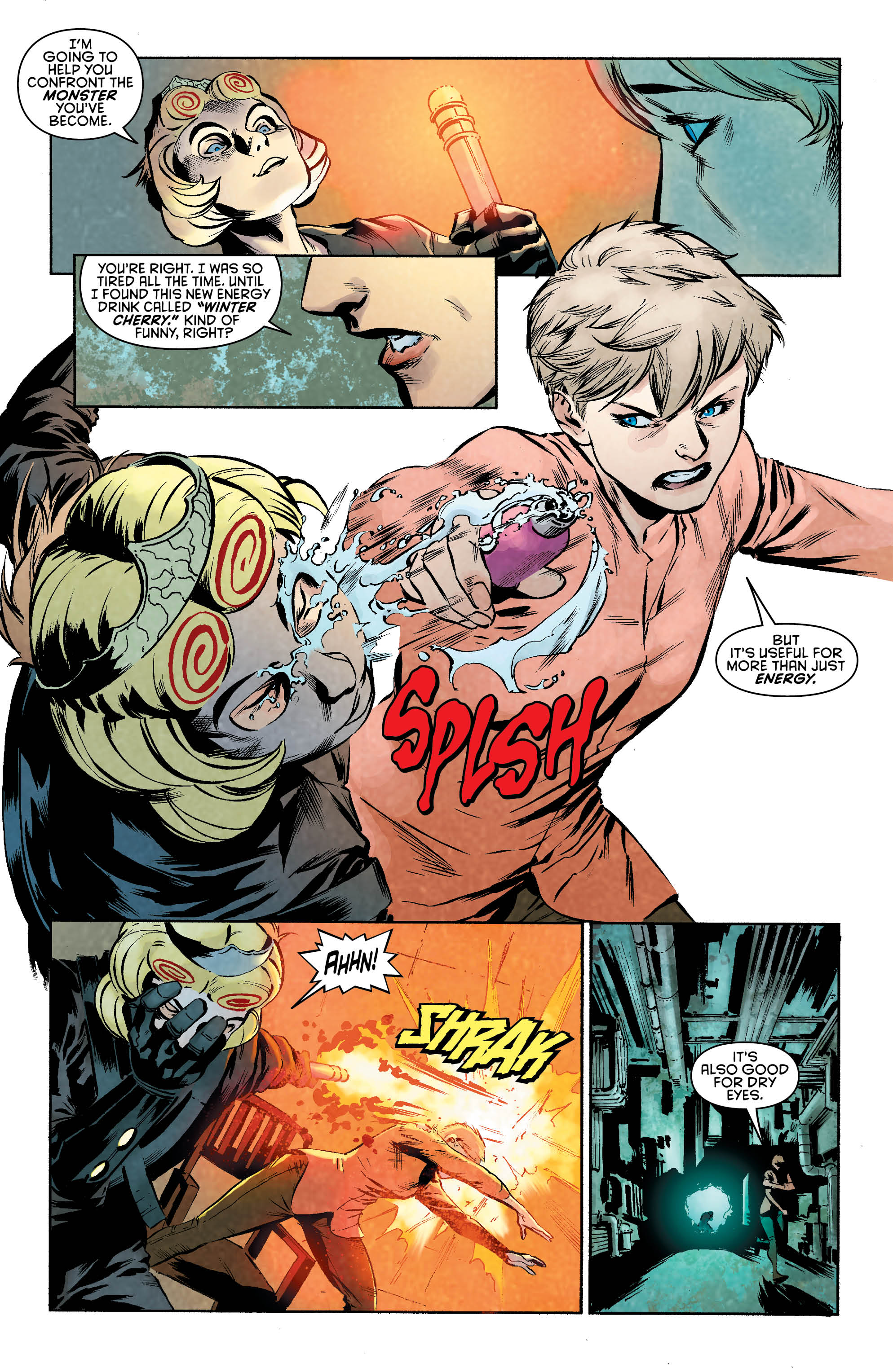 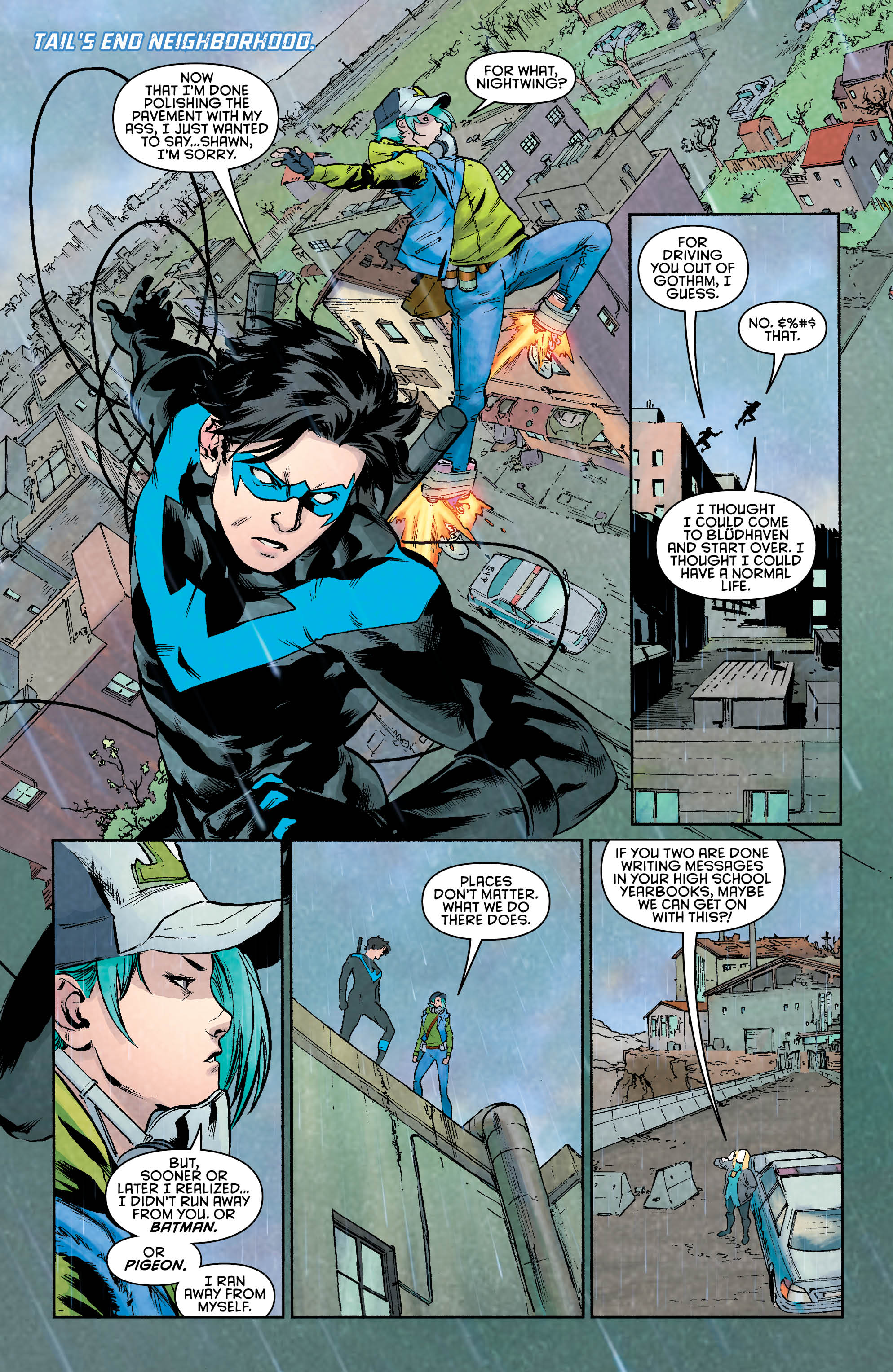 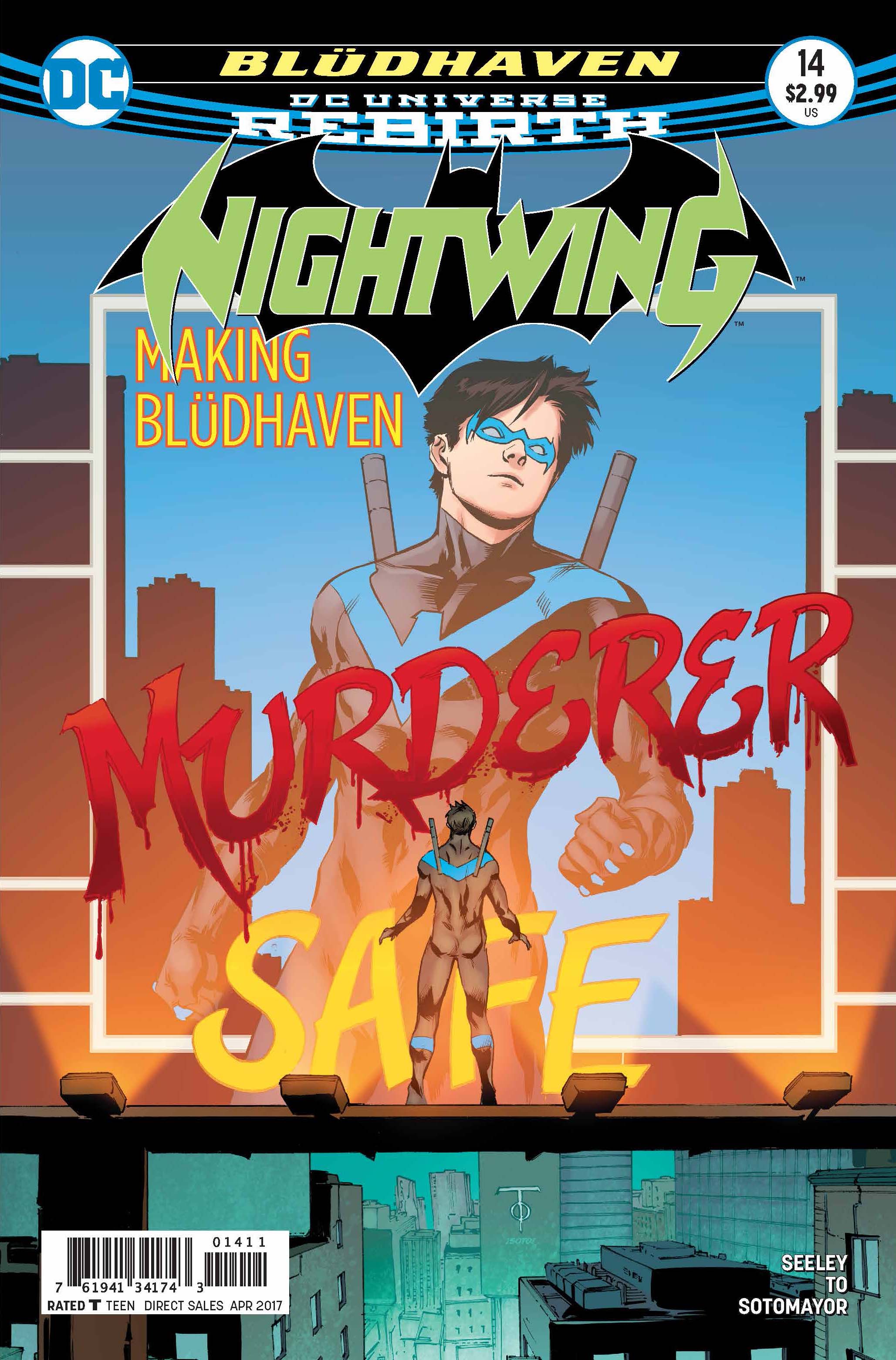 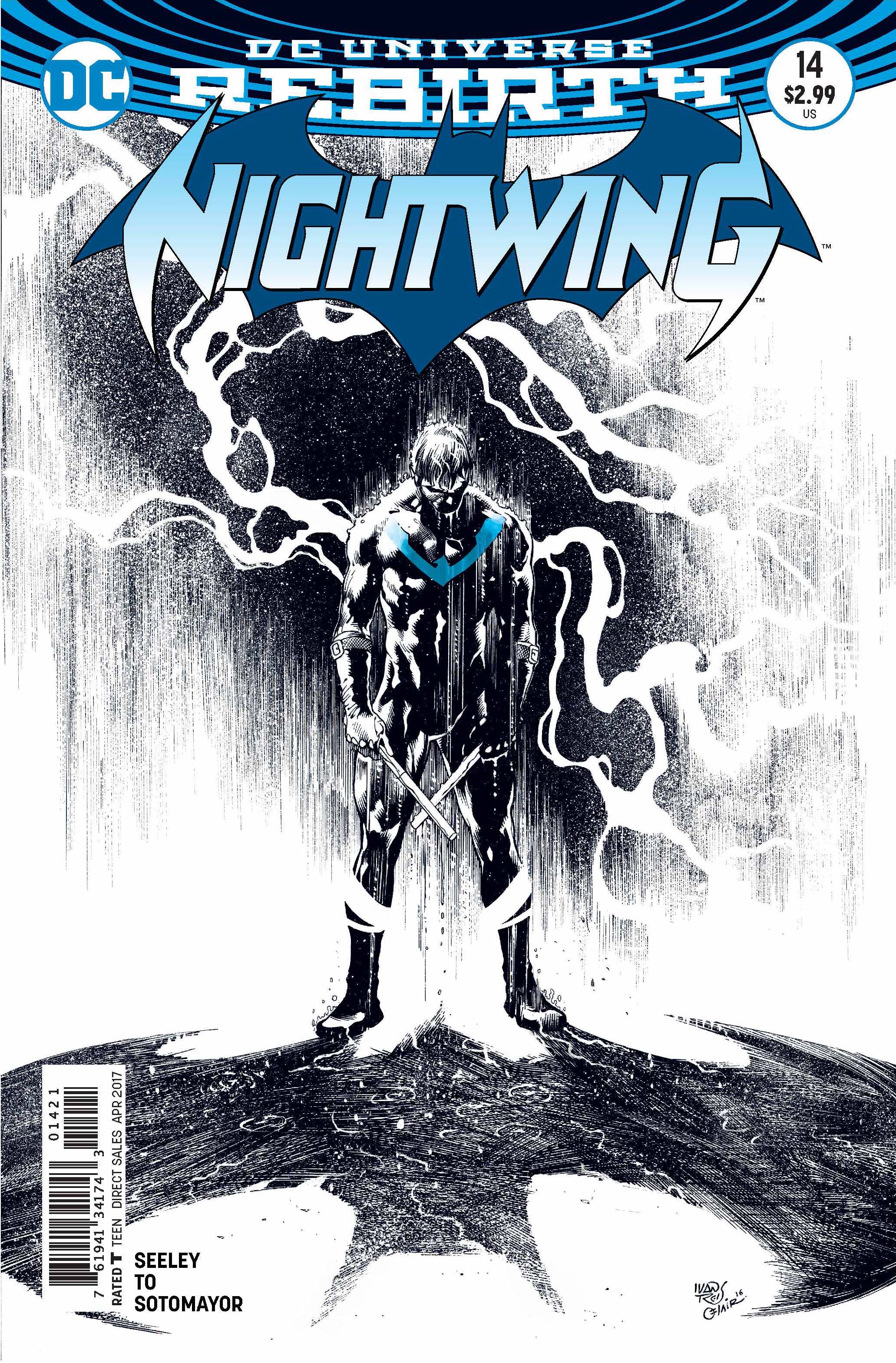 In terms of the ending of this issue, we are treated to a seemingly familiar sight: the red Nightwing outfit from the New 52. Only it isn’t Dick wearing it. Rather, some stranger on a rooftop (who I can only imagine will be revealed in a future issue) who states that “there’s only room in town for one of me.” It’s the final word of this sentence that really got me: the long-haired stranger says “me” instead of “us” or something else. The fact that this person is wearing the red Nightwing suit from the New 52 most likely means that there is some dimension-hopping involved, much like how Clark arrived in the Rebirth universe. No matter what the outcome is, I am sure that it will be explained in due time, which makes me even more excited for the future of this series.

On the negative side of things, I have to say that I felt like the action resolved itself kind of quickly. In saying this, however, it was nice to see the conclusion was given a solid amount of pages. It made the final moments of the arc feel complete and not rushed like some arcs often are. I would’ve liked to see more of a fight between Dick and Jimmy, but the conclusion we were given was a very solid final issue and ended the “Blüdhaven” story. Overall, this arc has proven to me once again that Seeley’s Nightwing is one of the best series that Rebirth has to offer, and the guest contribution from Marcus To has made this perhaps one of my favourite story arcs of any Batman Family series ever.