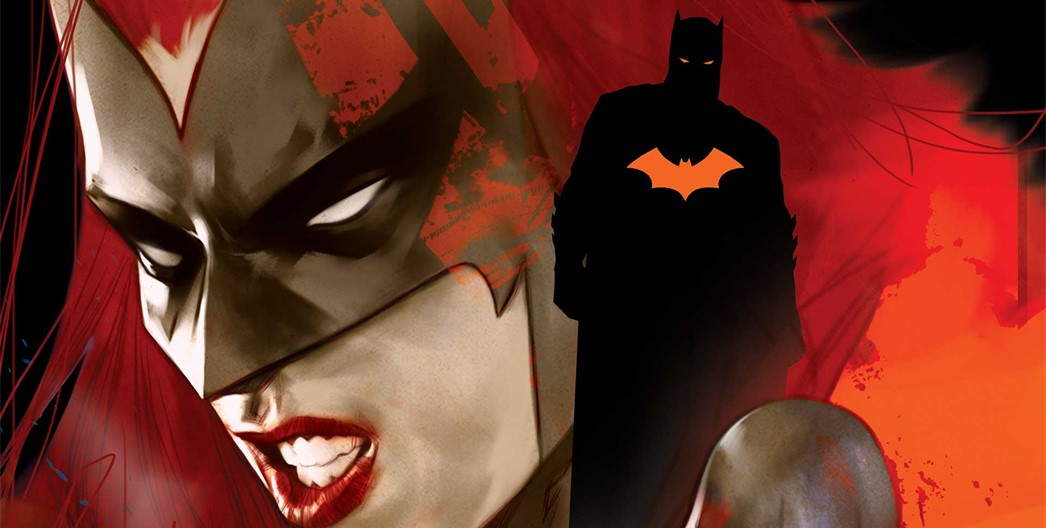 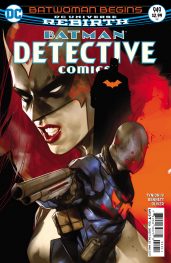 The flashback of Kate Kane’s first encounter with Batman, and a visit from the Colony’s top soldier named Prime in the present, takes an unexpected twist in this story. With the devices of the Belfry on his side, Prime seems to be holding his own for a bit. His attempts to spring Jacob Kane from his holding cell don’t go as he planned. As Prime is cornered by Batman and Batwoman, he injects himself with the monster formula created by Dr. Strange in “Night of the Monster Men.” Jacob and Kate begin to reconcile as Jacob warns of the Colony’s ultimate plans. 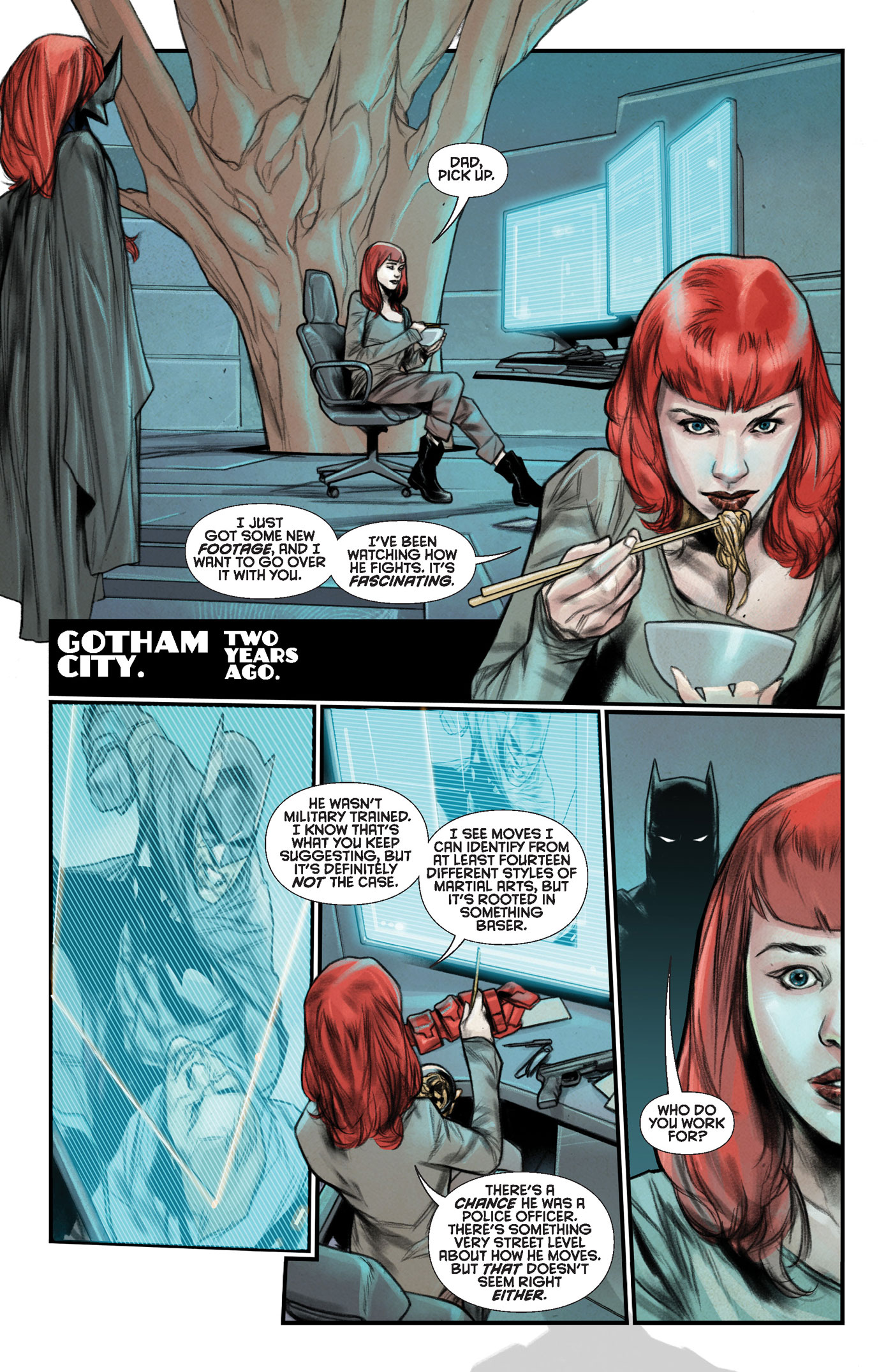 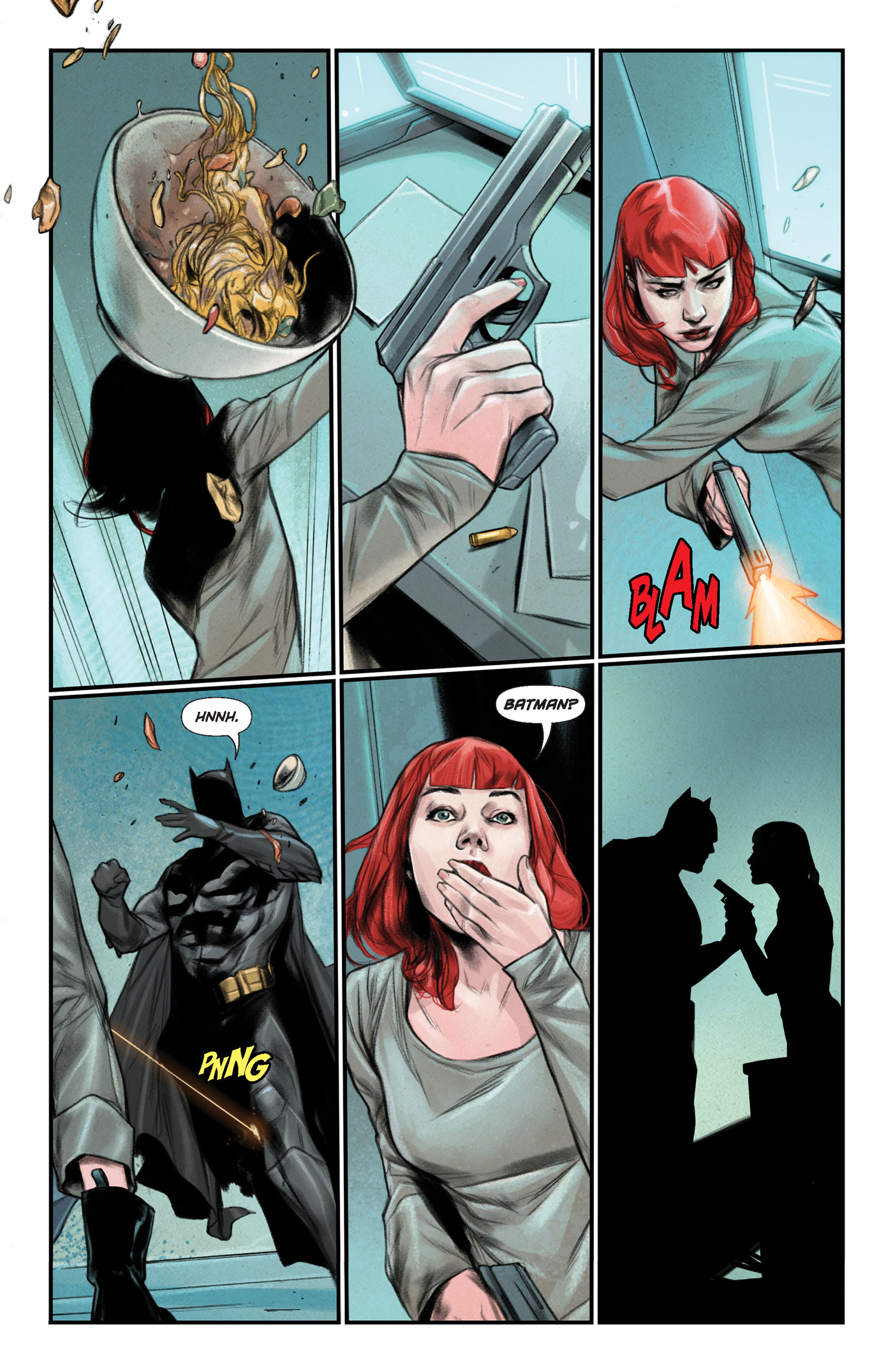 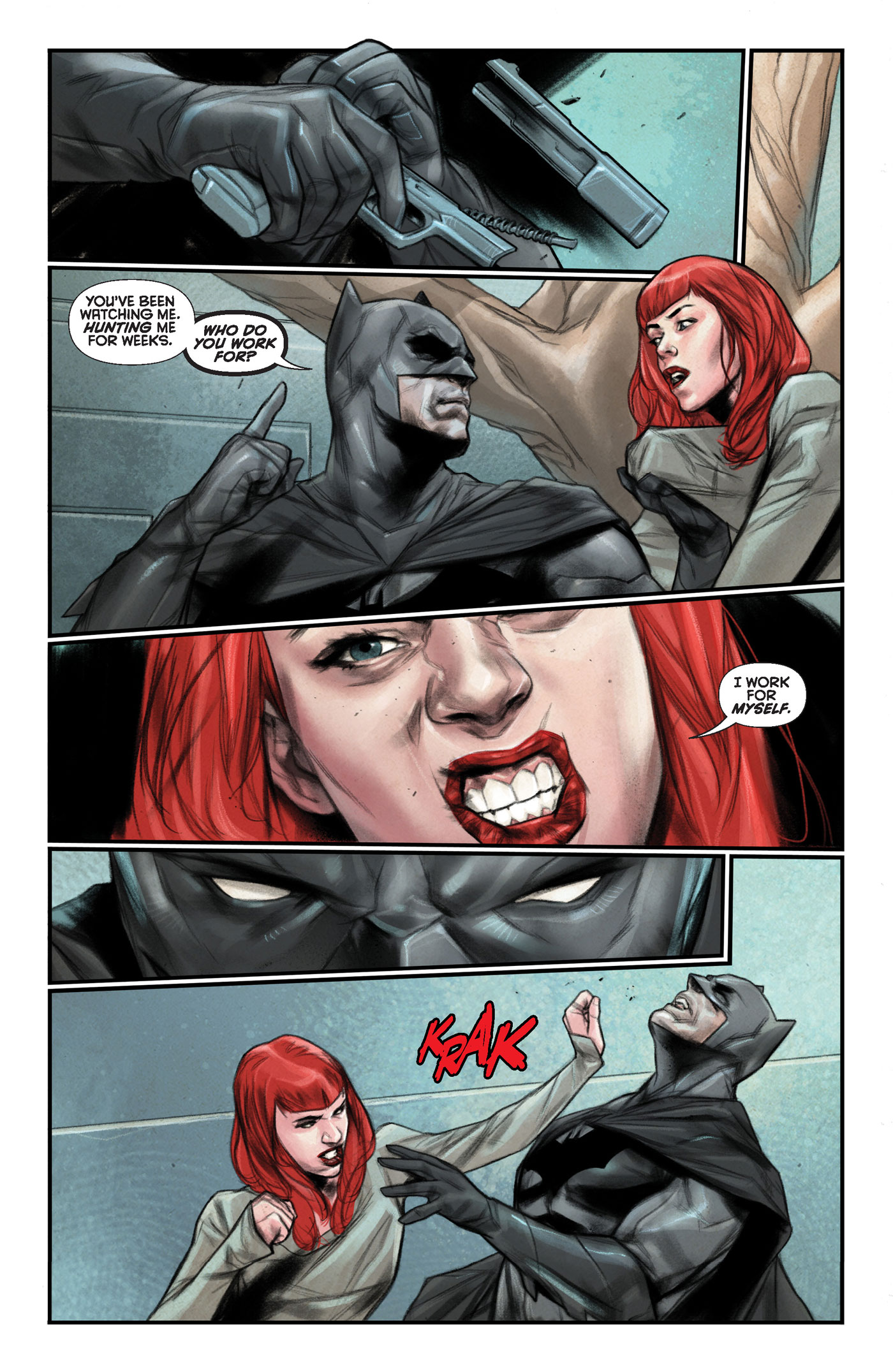 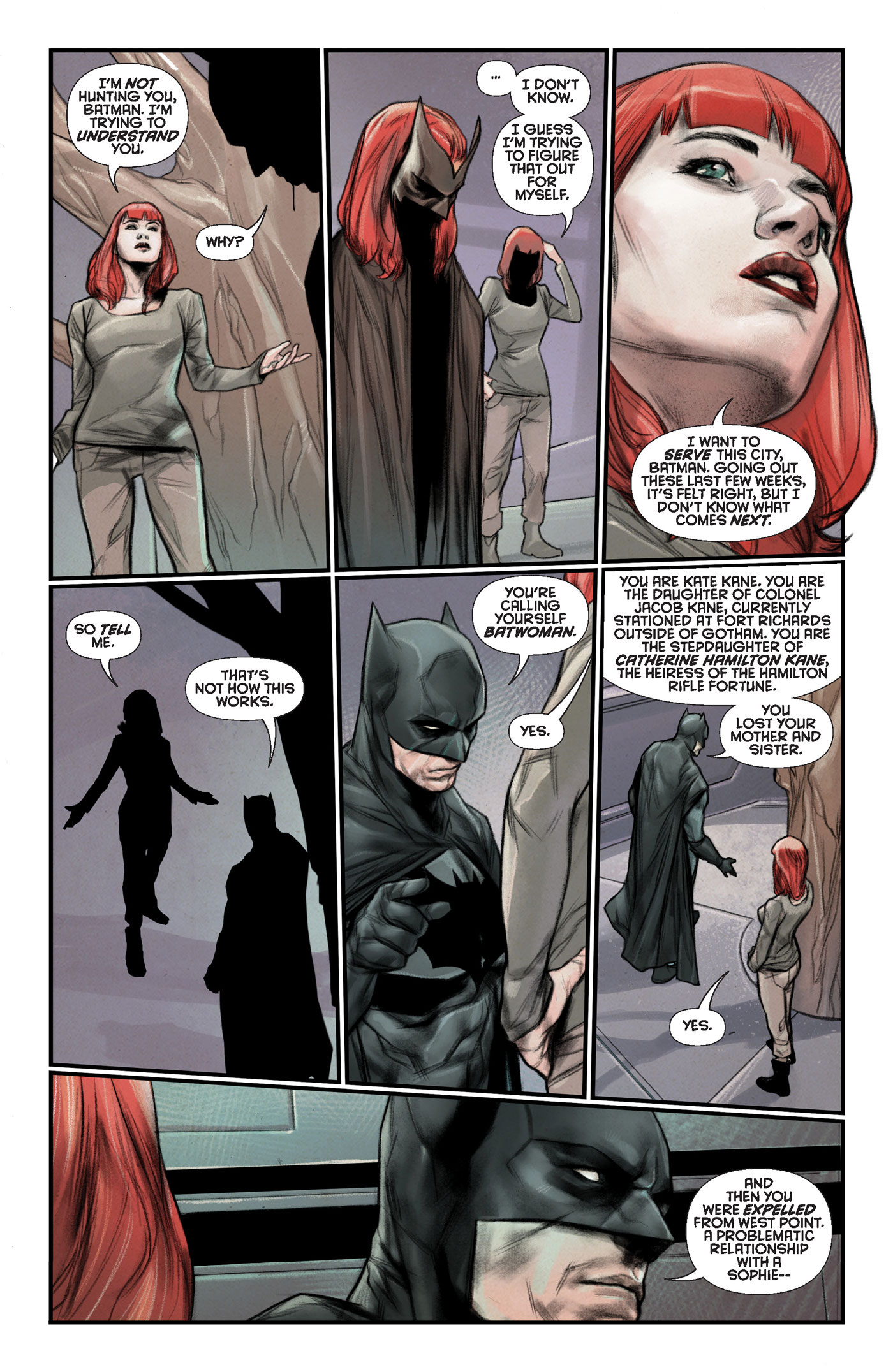 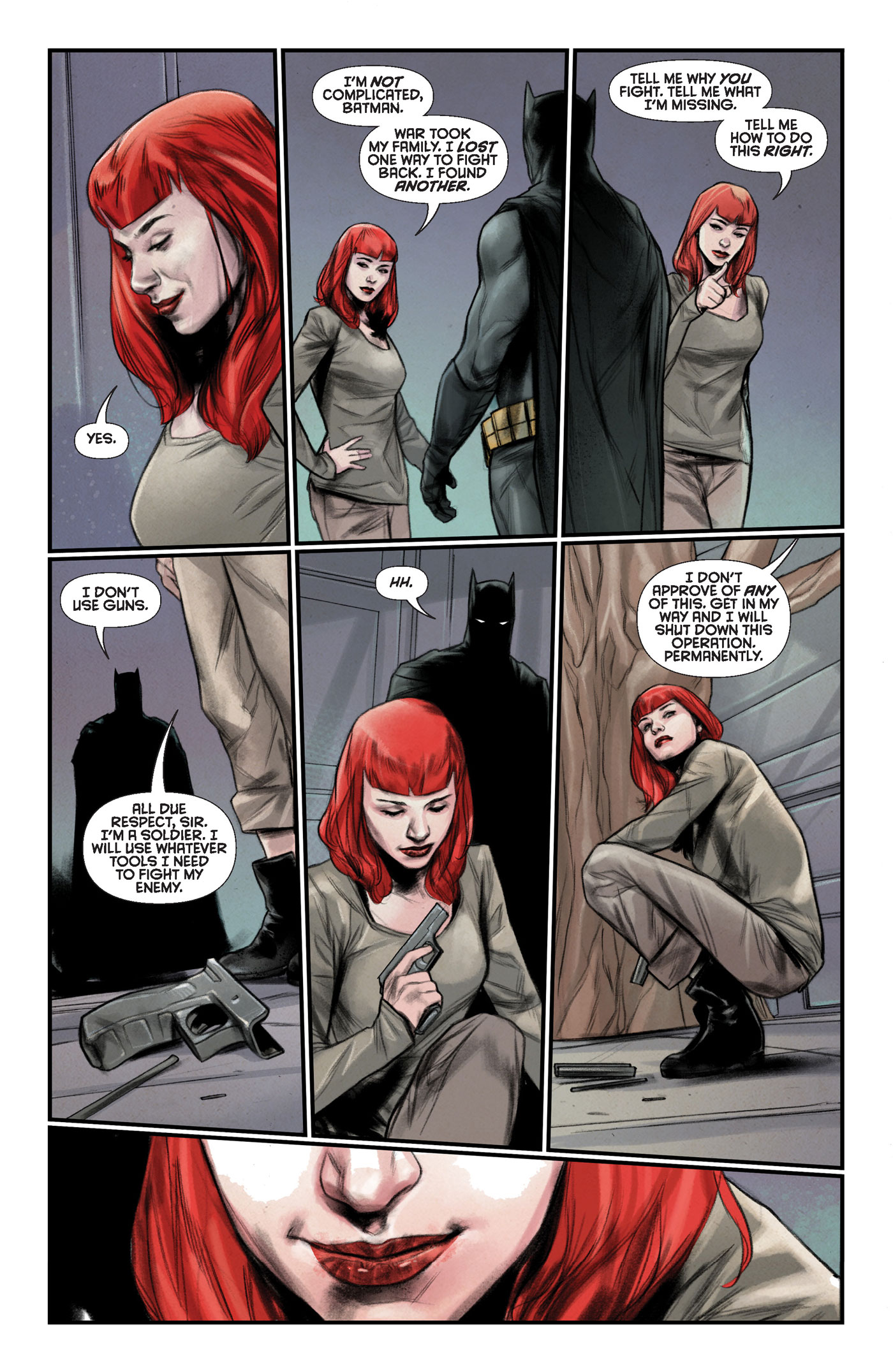 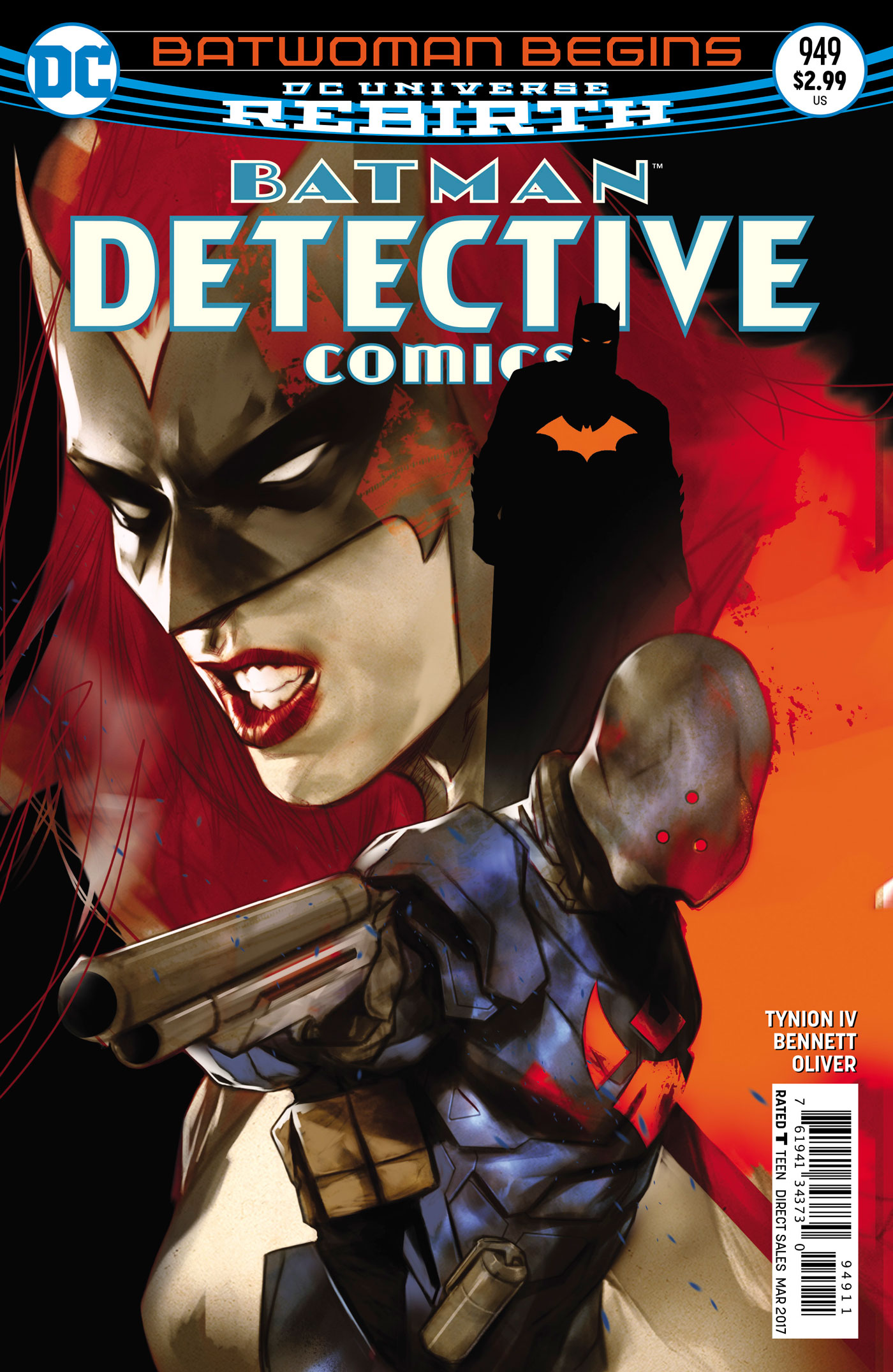 This issue continues to showcase Kate’s skills as a fighter and a detective, placing her on par with Batman. She even deduced that Bruce Wayne and Batman were the same person, and shared the fact with him. After Prime’s transformation, Kate pulls a stashed shotgun from a console and shoots him. Batman is not pleased. Kate points out that the two of them are similar, yet different.

It’s difficult to tell if James Tynion, IV or Marguerite Bennett took the lead on this feature. I think this is a good thing. Bennett will write Batwoman’s new Rebirth series. It is also challenging to notice the transition between the artwork of Ben Oliver and Szymon Kudranski. The visuals are quite aesthetic and vivid, but not too bright. Kudranski and Tynion previously worked together on Talon and the second volume of Detective Comics.

So it looks like “Monster Men” or it’s repercussions aren’t going away anytime soon. It will be interesting to see how it will continue to play out in Detective Comics and Batwoman. This arc was a treat from start to finish… or should I say, new beginning?