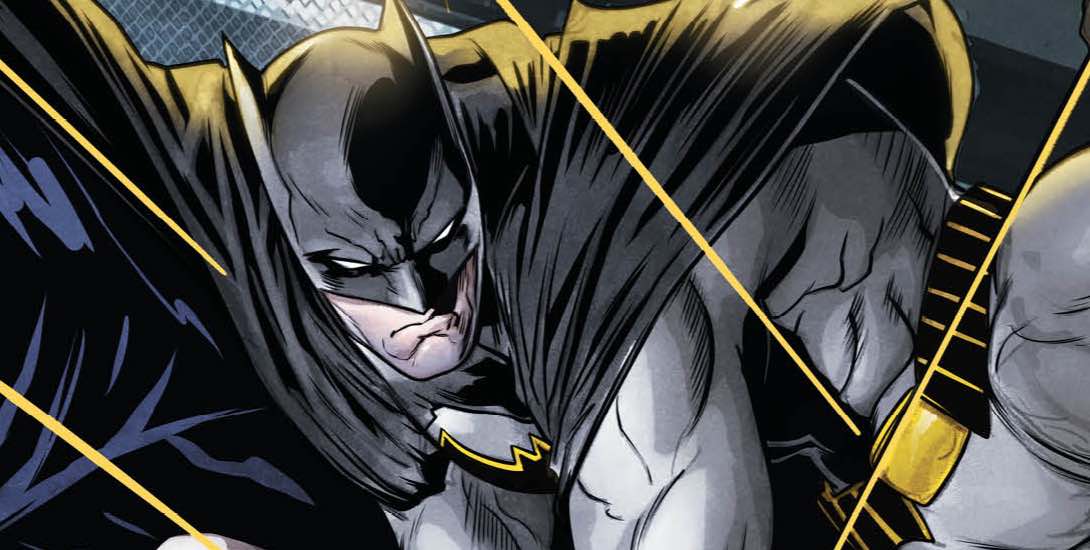 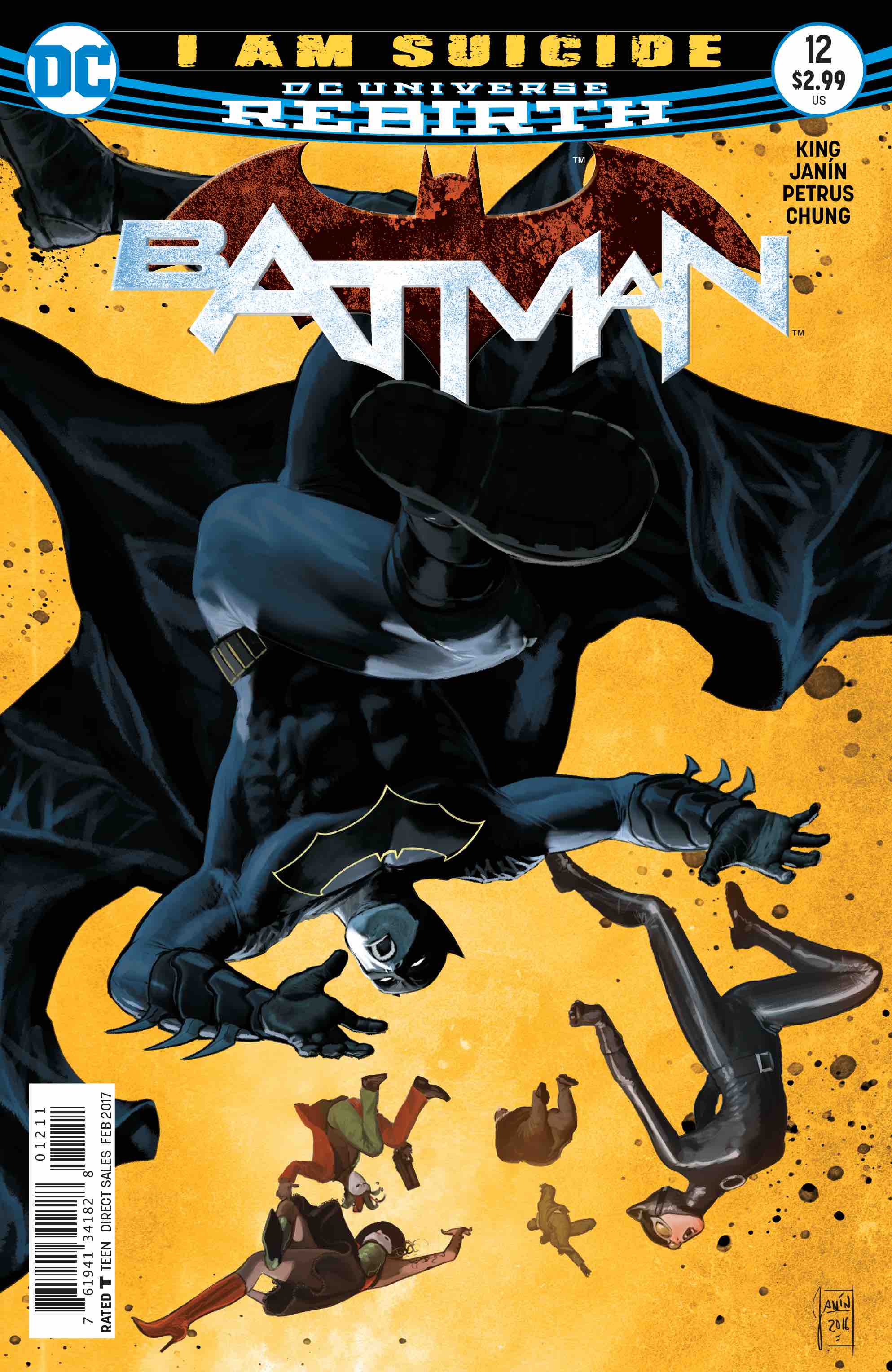 As “I am Suicide” continues, writer Tom King slows the pace down tremendously to bring an inner monologue of Batman, including a shocking revelation about his origins.

There is not much that happens in the latest issue of Batman. It is was very brief, because the issue was essentially one long action scene where Batman fights his way through Bane’s compound while narrating a letter written to Catwoman. The dialogue sheds a little bit more light on the mystery of Catwoman’s enormous murder count, but it is still cryptic. After being introduced four issues ago, this plot thread is starting to feel like a dangling narrative carrot that King is just constantly hanging in front of the readers’ heads. It also does not help that King’s pacing for the story arc slowed down to a crawl. None of the cliffhanger threads from the previous issues are brought up at all. This makes for a frustrating experience, since a couple of the characters’ fates are inconclusive with no follow up in this issue. Additionally, Batman’s narration is also the standard “Why I am Batman” kind of pontification that he gives in practically every Jeph Loeb-written comic ever. We have heard variations of his speech so many times that it is now a bit cliche. Honestly, it would be forgettable if not for one controversial line. 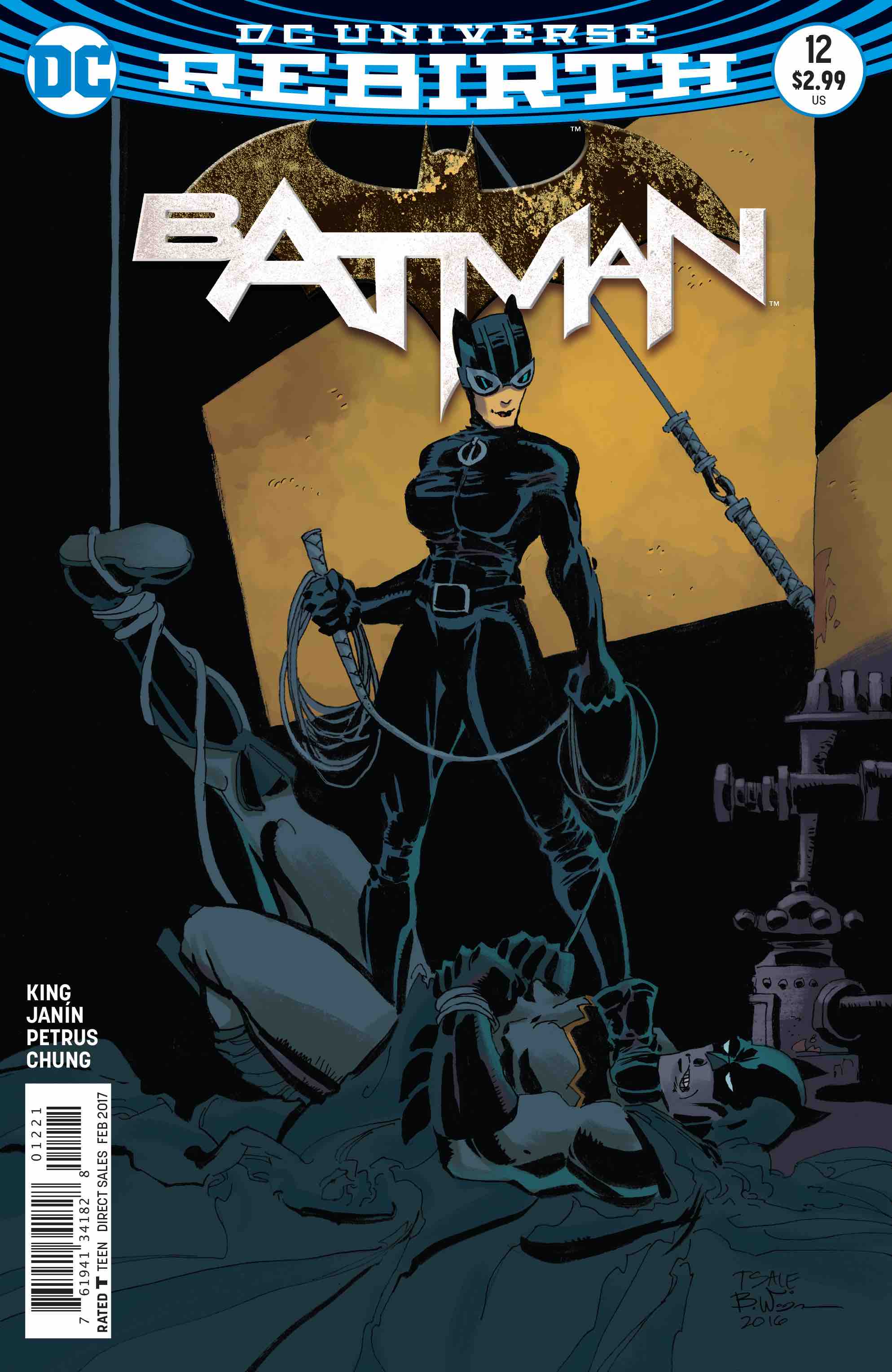 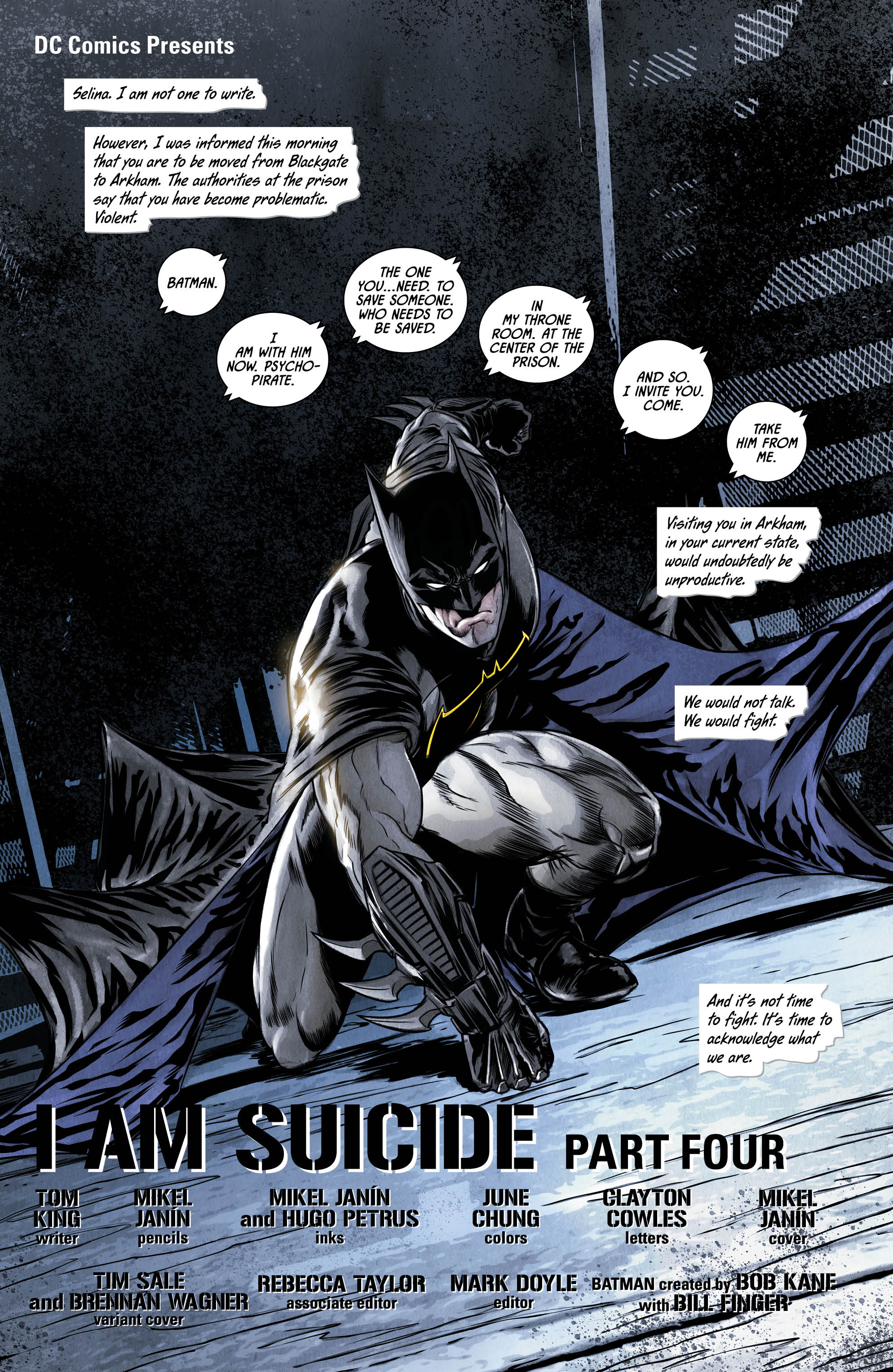 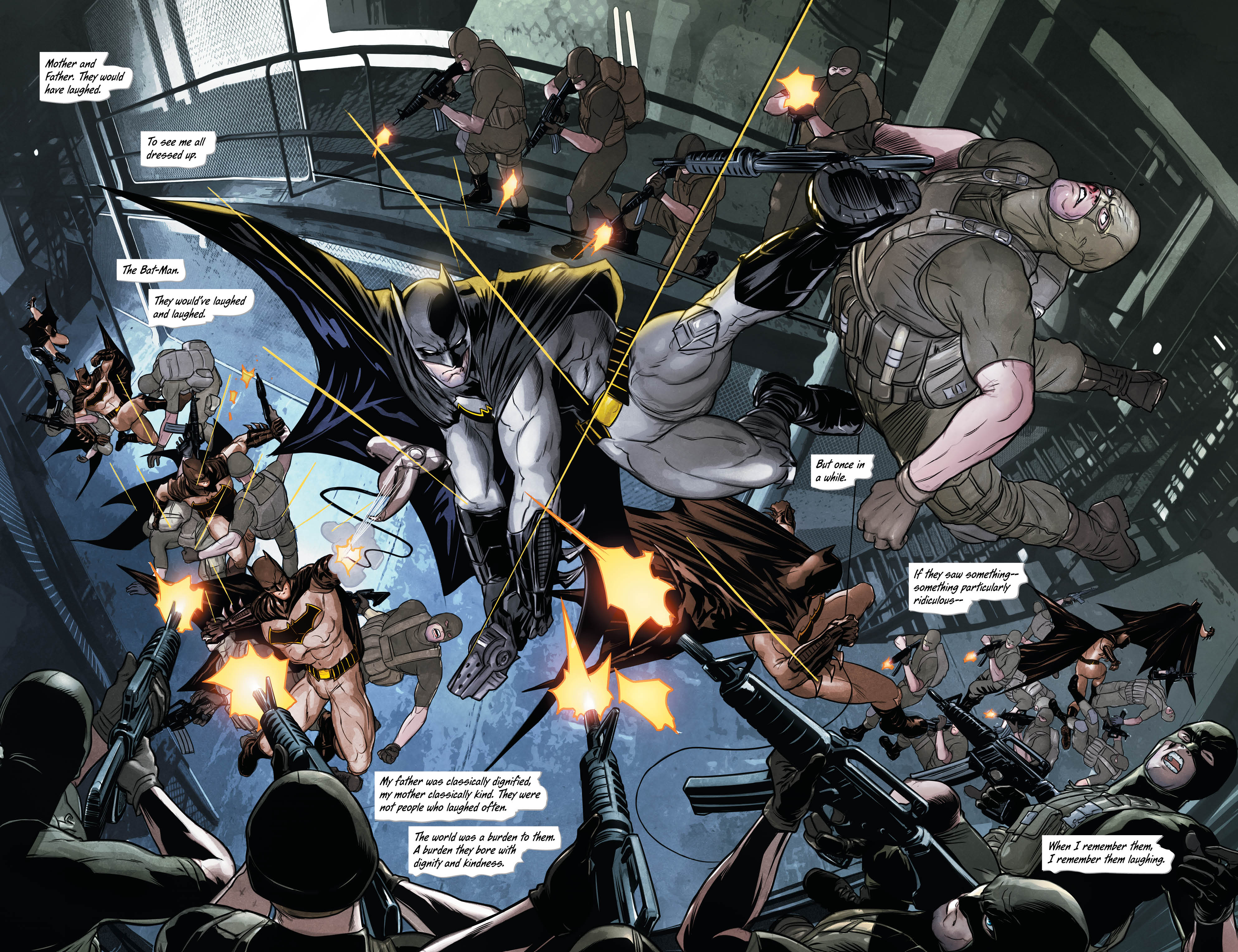 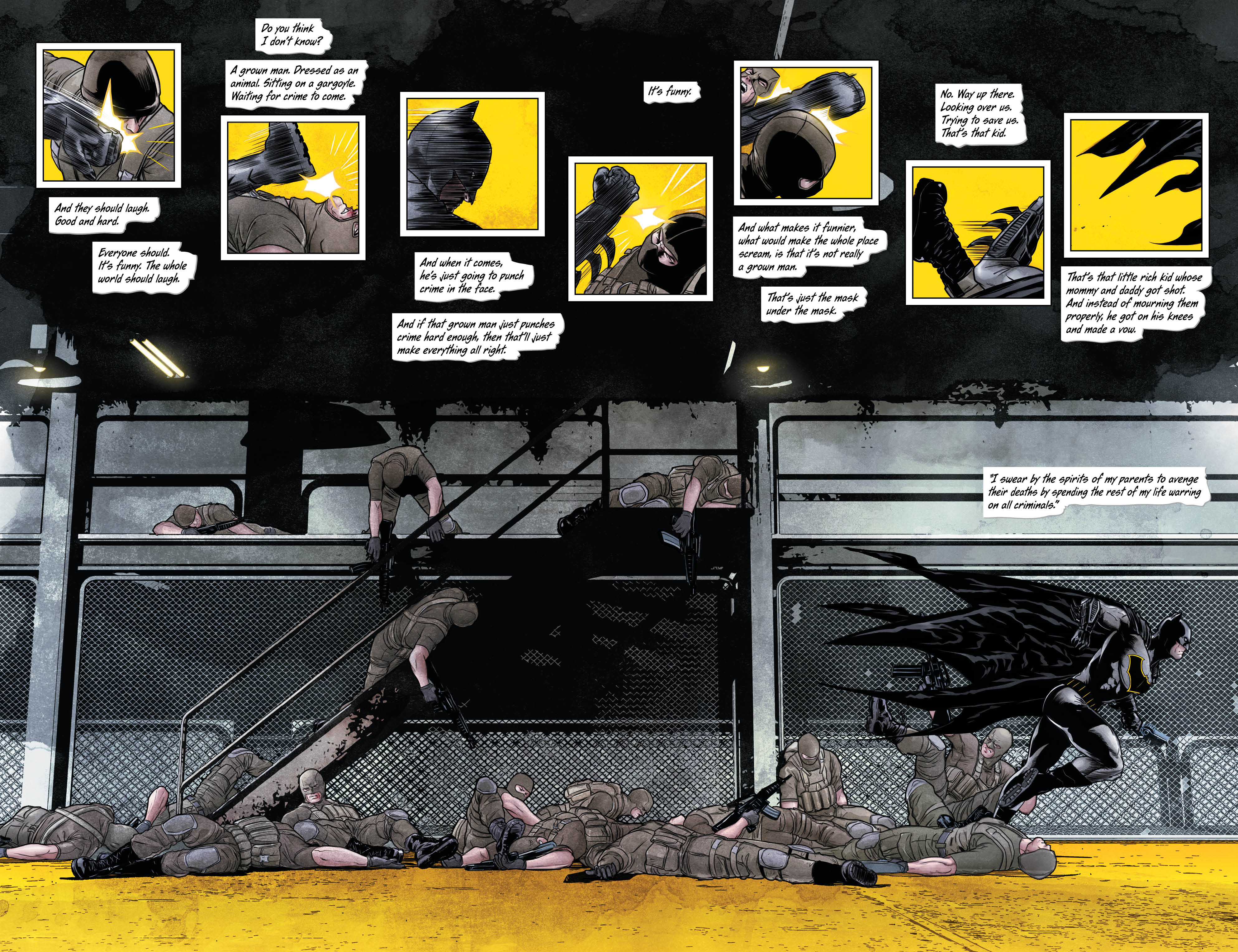 Without getting too deep into spoilers territory, Batman talks about his origin motivations, saying how as a child, he participated in some very dark and shocking actions that created the Batman identity. The twist completely turns the whole “Bruce Wayne is a mask and Batman is the real identity” notion on its head and can be seen as potentially damaging to Batman’s character. On the flip side, it can also be seen as adding to the hopeful, uplifting aspect to Batman’s character, depending on the reader’s interpretation. While it remains to be seen whether King follows up on the revelation or not, that one line grabbed my interest.

Moving over to the art side of things, Mikel Janin continues to wow. His visuals and storytelling layouts get more ambitious and complex with each passing issue. This time, King gives Janin several double splash pages to depict various scenes of Batman flipping and fighting Bane’s army. Batman looks intimidating and graceful at the same time, similar to Neal Adams’ old school art. If Janin is a rising star, then this story arc is where he should blow up into a superstar artist.

The latest issue of Batman is a mixed bag of genuine shock that puts Batman in a fresh new perspective, but also one that is frustratingly insular from the ongoing story arc.