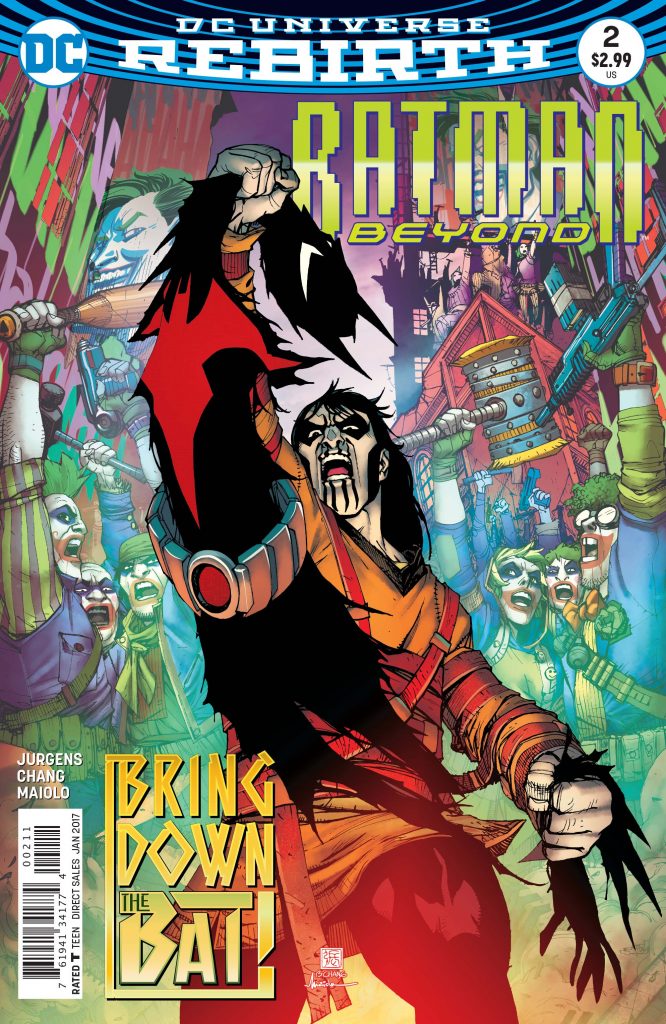 It’s a fairly standard Batman/Joker story inside a fresh start Batman Beyond comic. Terry McGinnis is back in action, though not in the Bat-suit in this issue, he’s attempting to go undercover with the Jokerz. The issue starts with Dana (Terry’s girlfriend from the Beyond animated series) having been kidnapped to watch an old schoolmate from Hamilton Hill High School attempt to revive the Clown Prince. The kidnapper, Terminal is wanting to thaw The Joker, who’s been kept frozen since his last run-in with Bruce, quite some time ago.

Anytime someone writes The Joker’s dialogue, they’re required to balance insanity, depraved humor, and oftentimes, a twisted bit of affection for that one person who matters the most to the Harlequin of Hate. Reading what he had to say left me a little dissatisfied, it felt rather flat, devoid of menace. However, the flashback doesn’t last too long, and gives a nice look at a prototype Batman Beyond suit that Bruce wears. 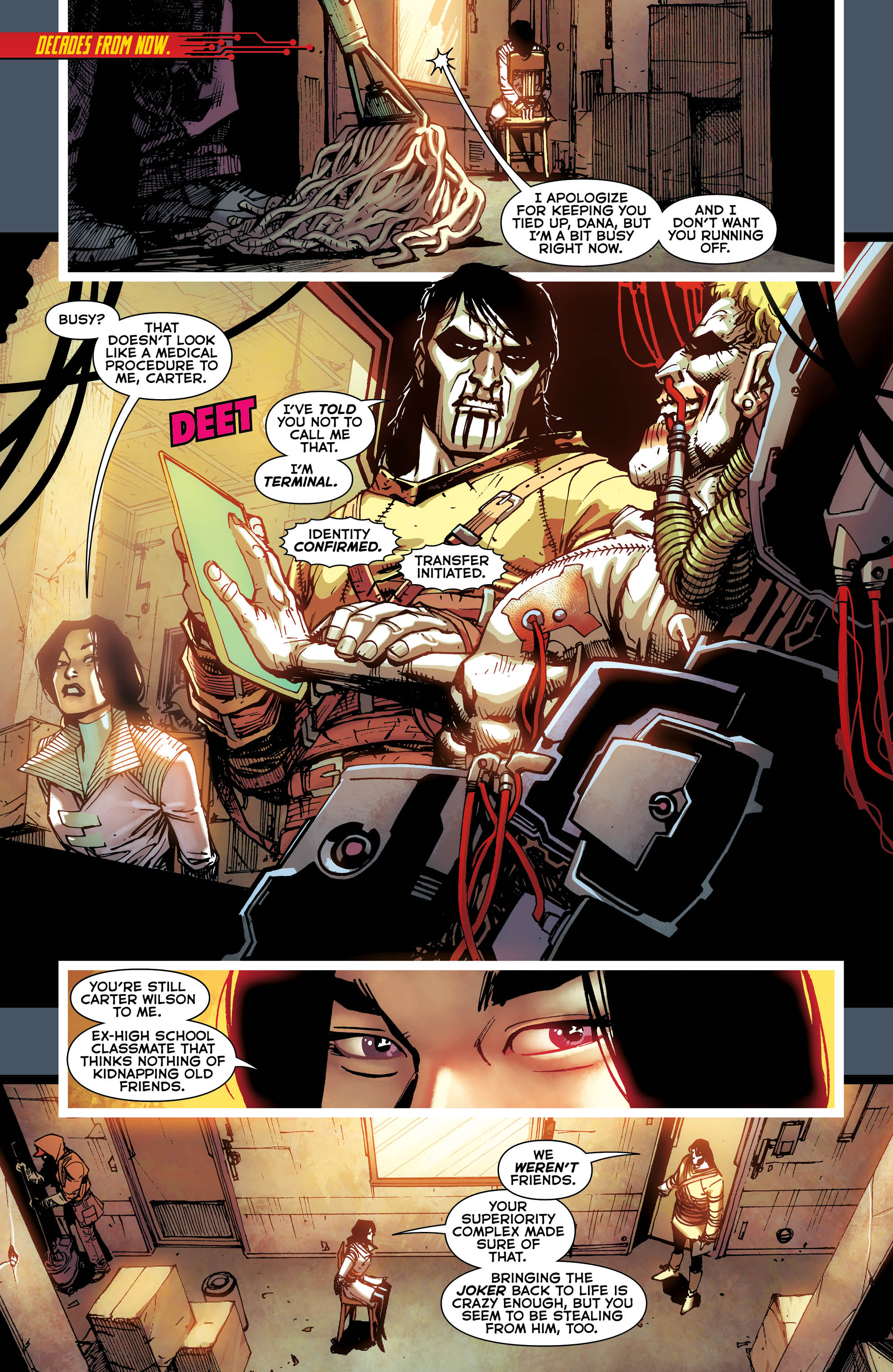 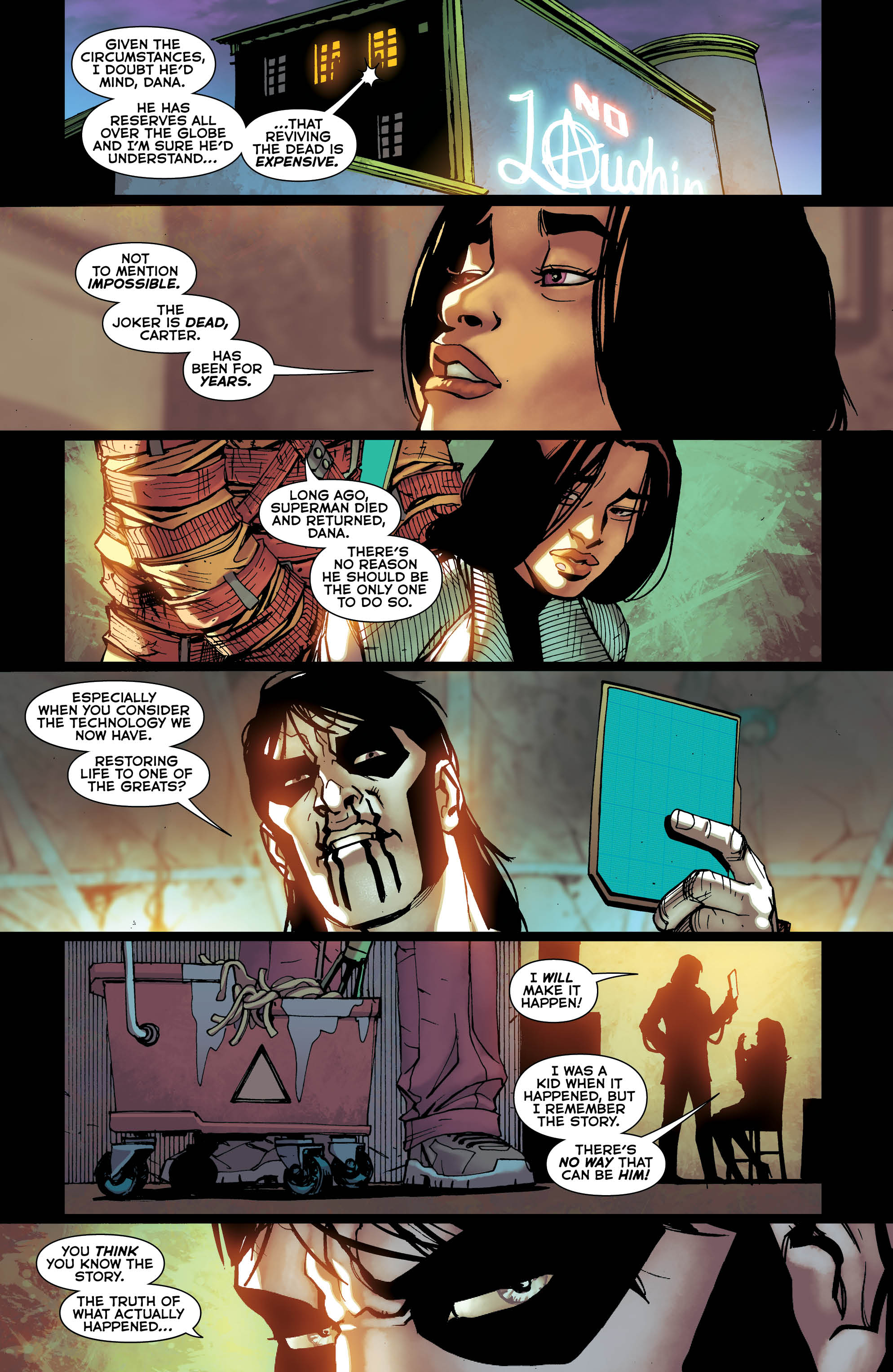 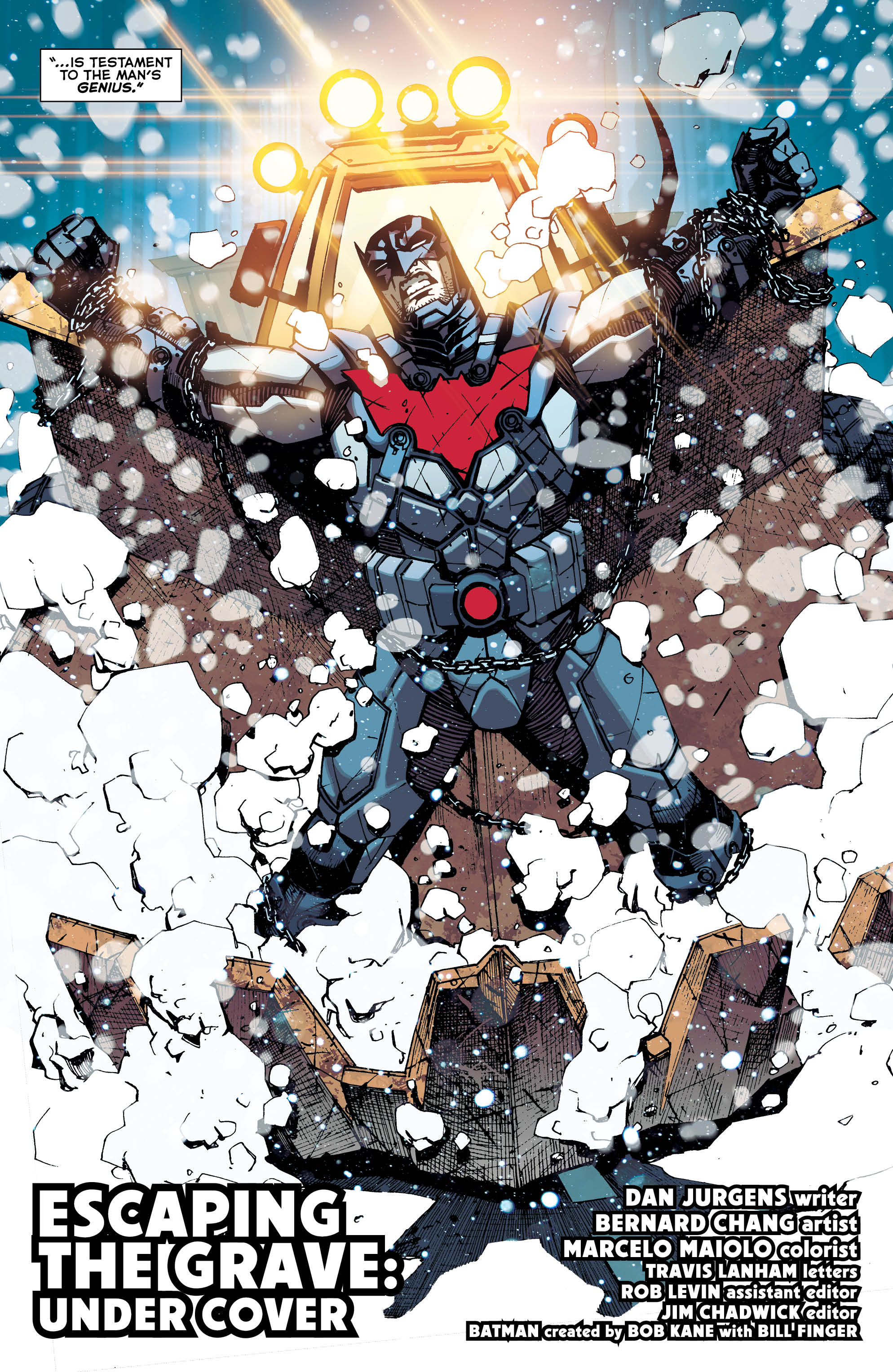 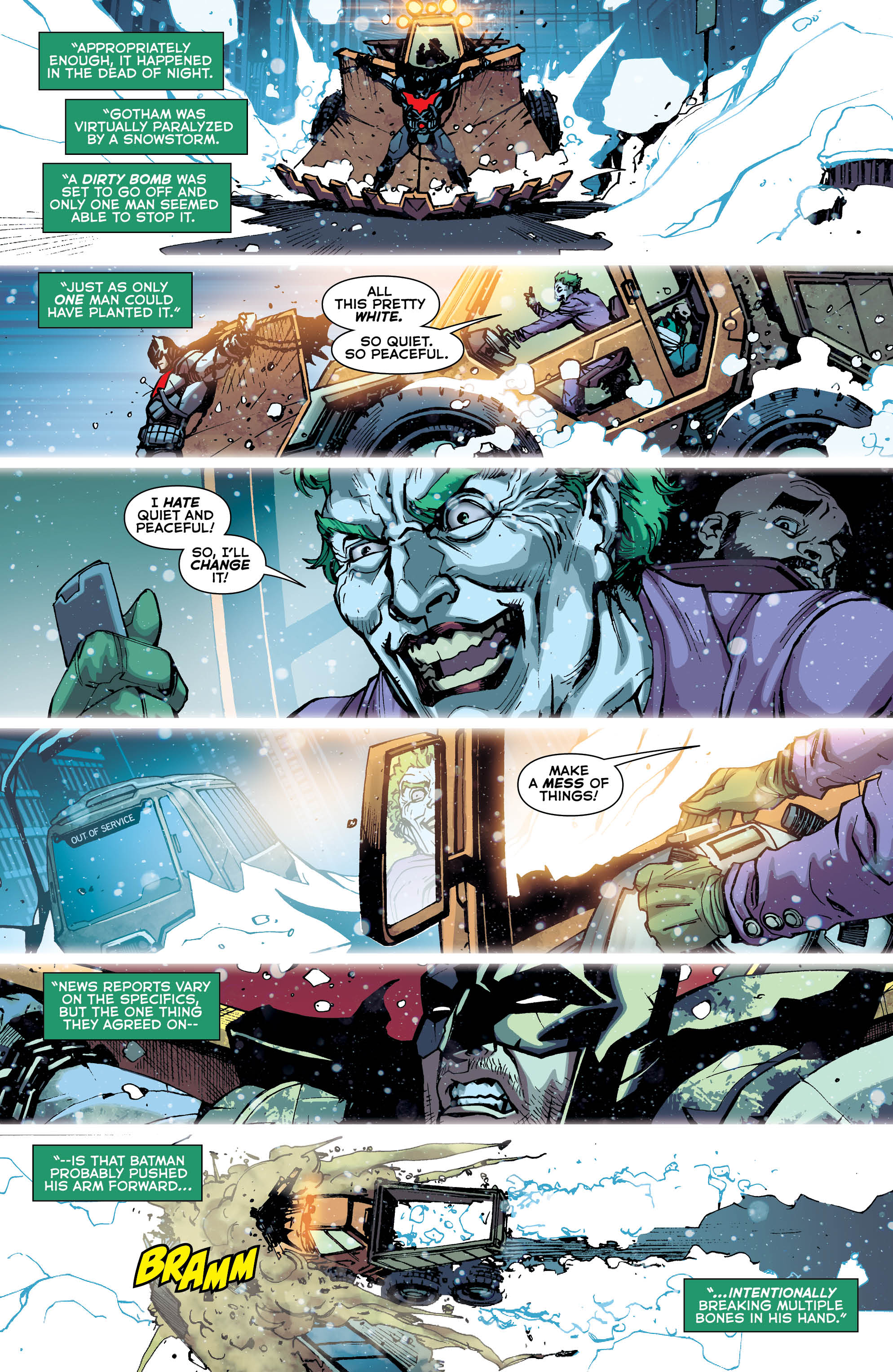 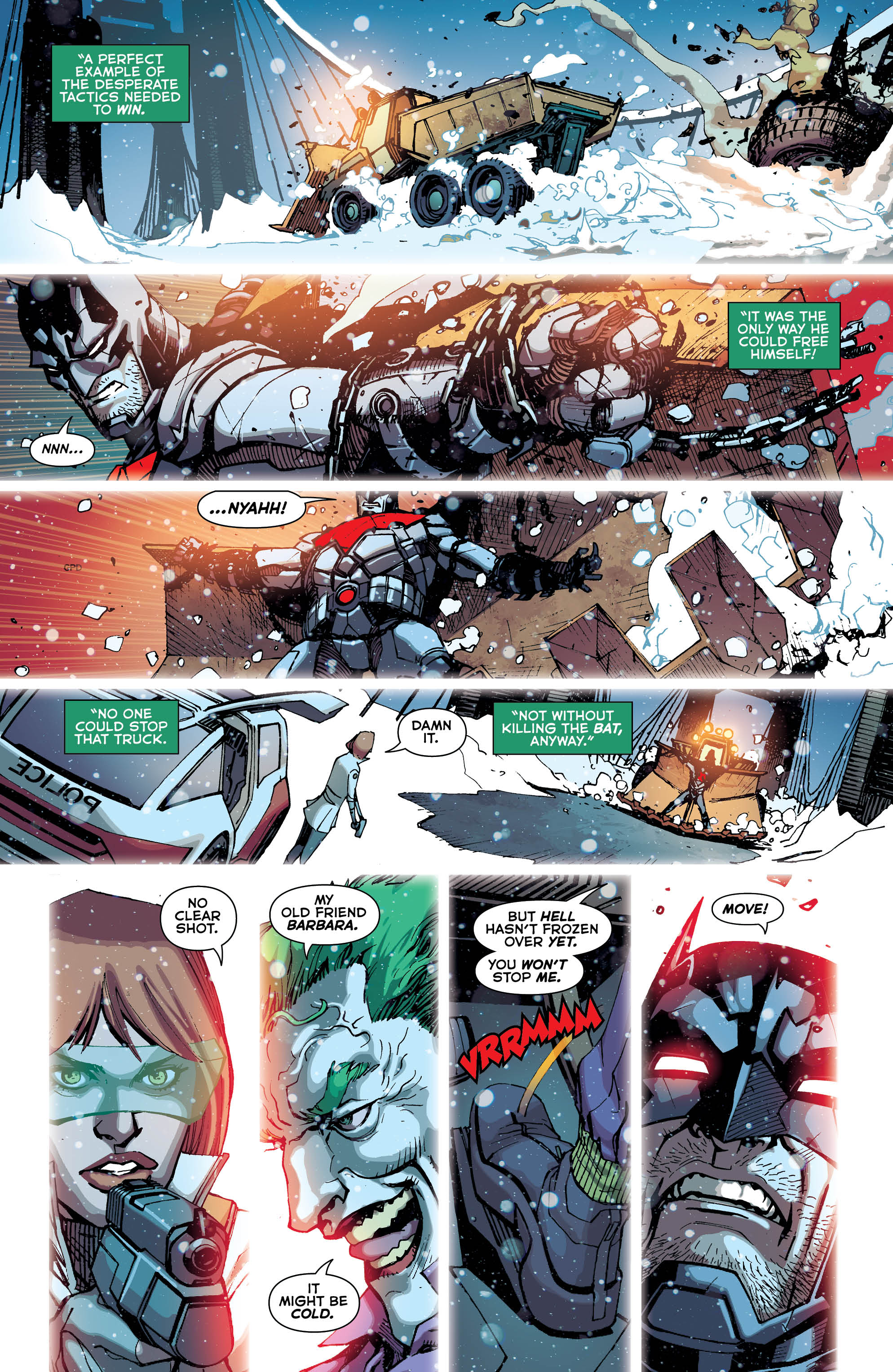 Terry’s brother Matt and best friend Maxine get to stretch their legs as characters, having been kept out of the action for the majority of the stories since they were created. Though we don’t yet see the purpose of their introduction to this arc’s main storyline. Max knows Terry’s secret, and has been involved in some cases in the past, but his brother has usually been left on the sidelines.

There’s just enough adherence to the TV show, but some fresh turns to keep this comic from being subservient to that continuity. We’ll see if this series can pick up steam with this plot, so far there just isn’t enough to enjoy.

‘Batman Beyond’ Should Be the Next DCEU Movie