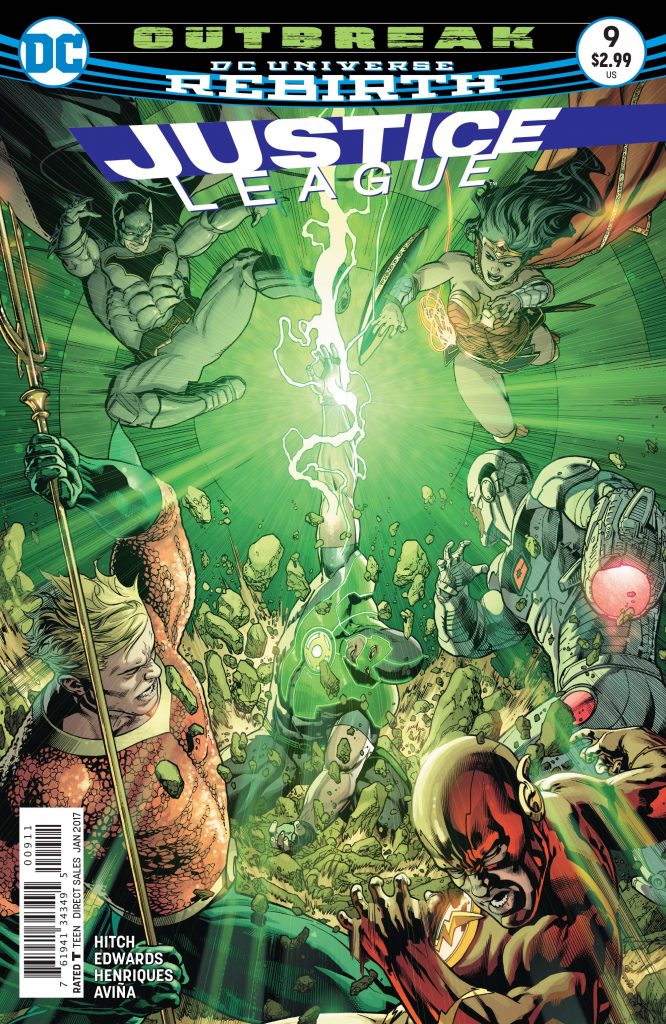 Bryan Hitch and the creative team behind Justice League #9 pair splash page action with subtle dialogue to give readers an interesting part two of the “Outbreak” storyline.

The story picks up where the last left off – with Simon Baz’ uncontrolled Green Lantern ring wreaking havoc on the Justice League. The issue doesn’t divert from that trajectory. While readers are left with a suitable suspect, my hunch is the real culprit is still lurking in the shadows.

Justice League #9 injects subtle and much-needed humor into the story. Aquaman quips this situation would have never happened to “Jordan” – referring, of course, to the venerable Hal Jordan – arguably, the greatest of the Green Lanterns and original League member. My favorite panel of the book depicts Baz getting punched by a boxing glove construct from his own ring. Classic! Aquaman and Flash share some good, playful banter, as well. The issue benefited from these small doses of humor – and, they were well received by this reader. 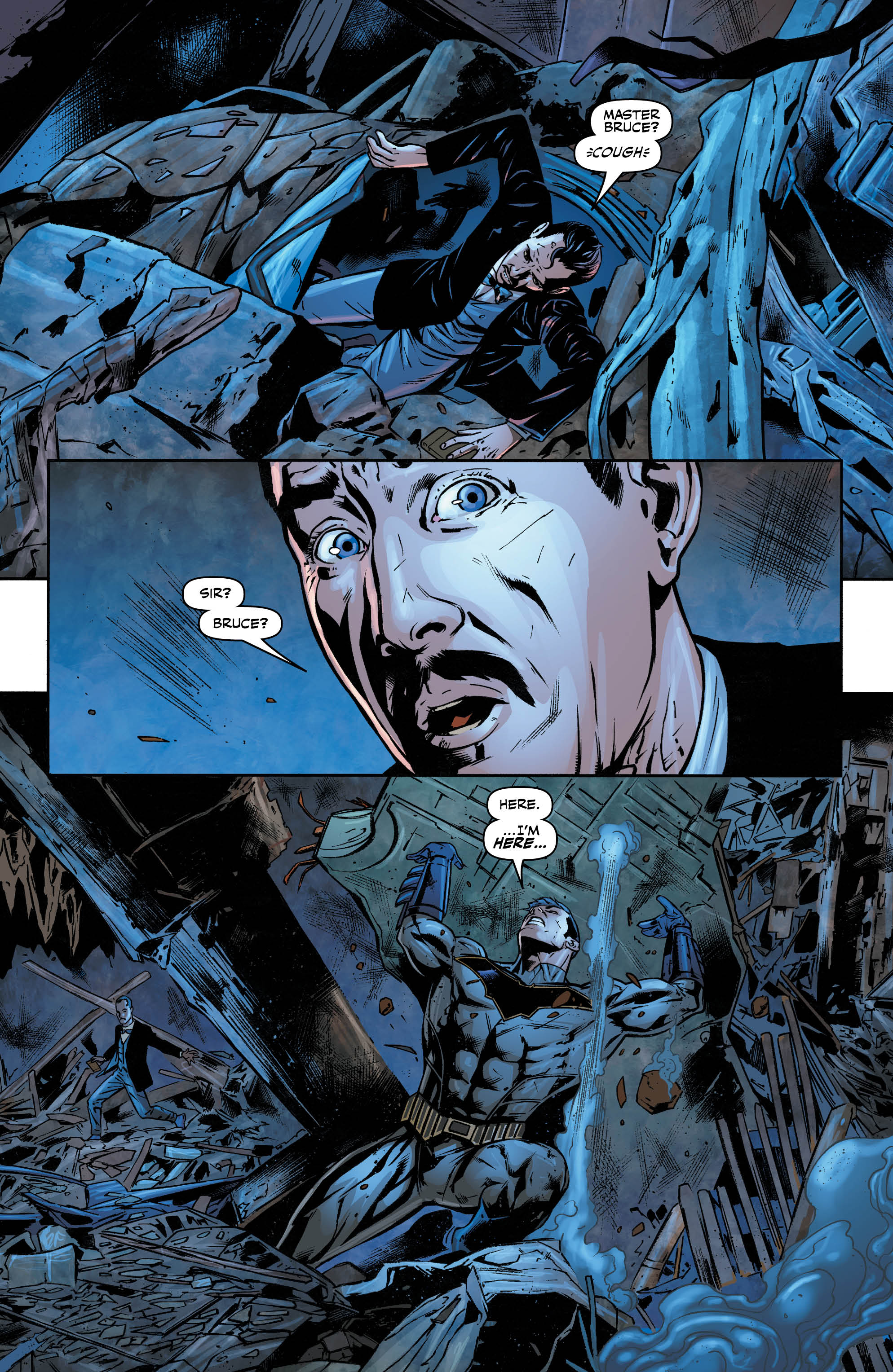 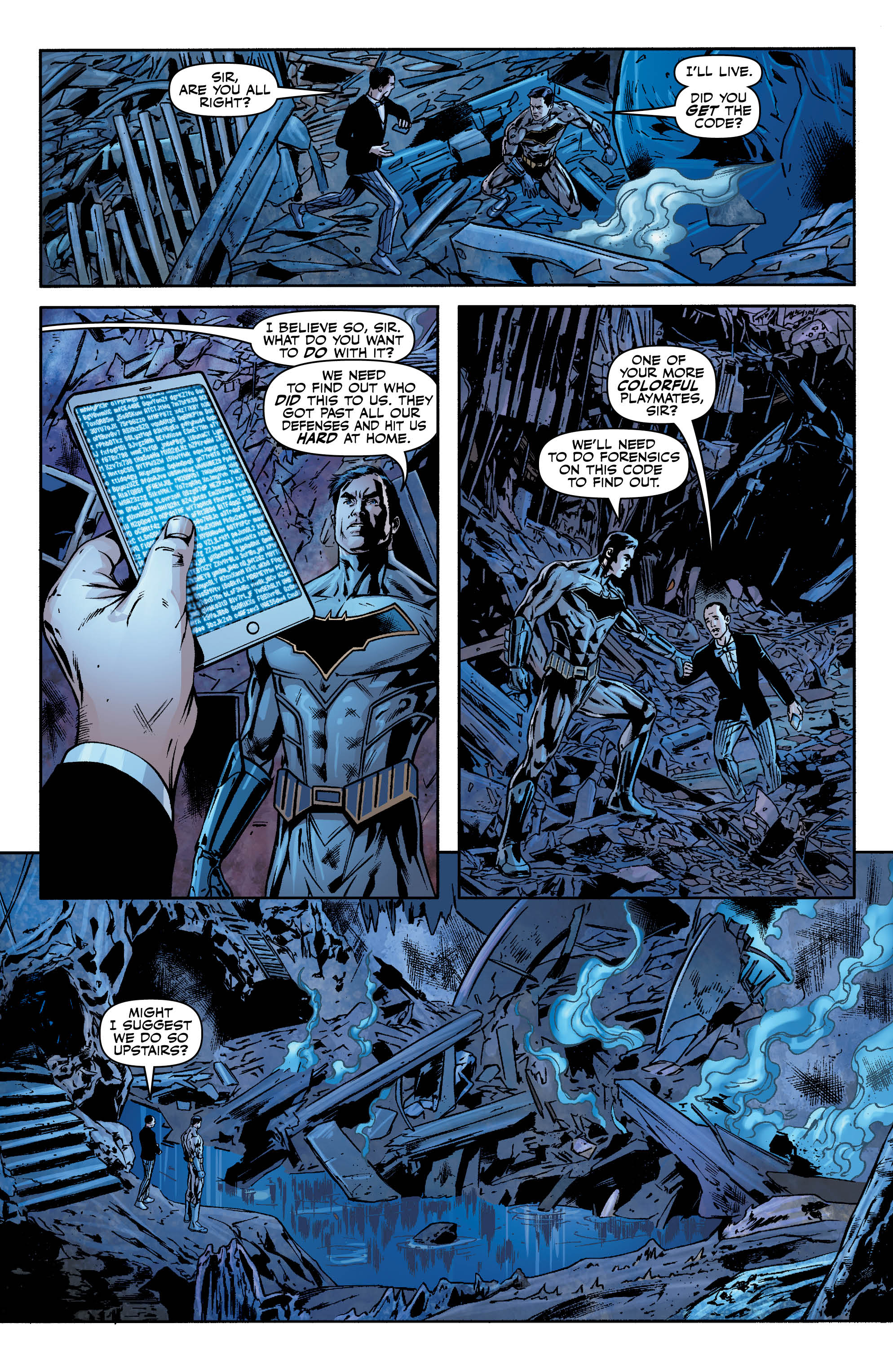 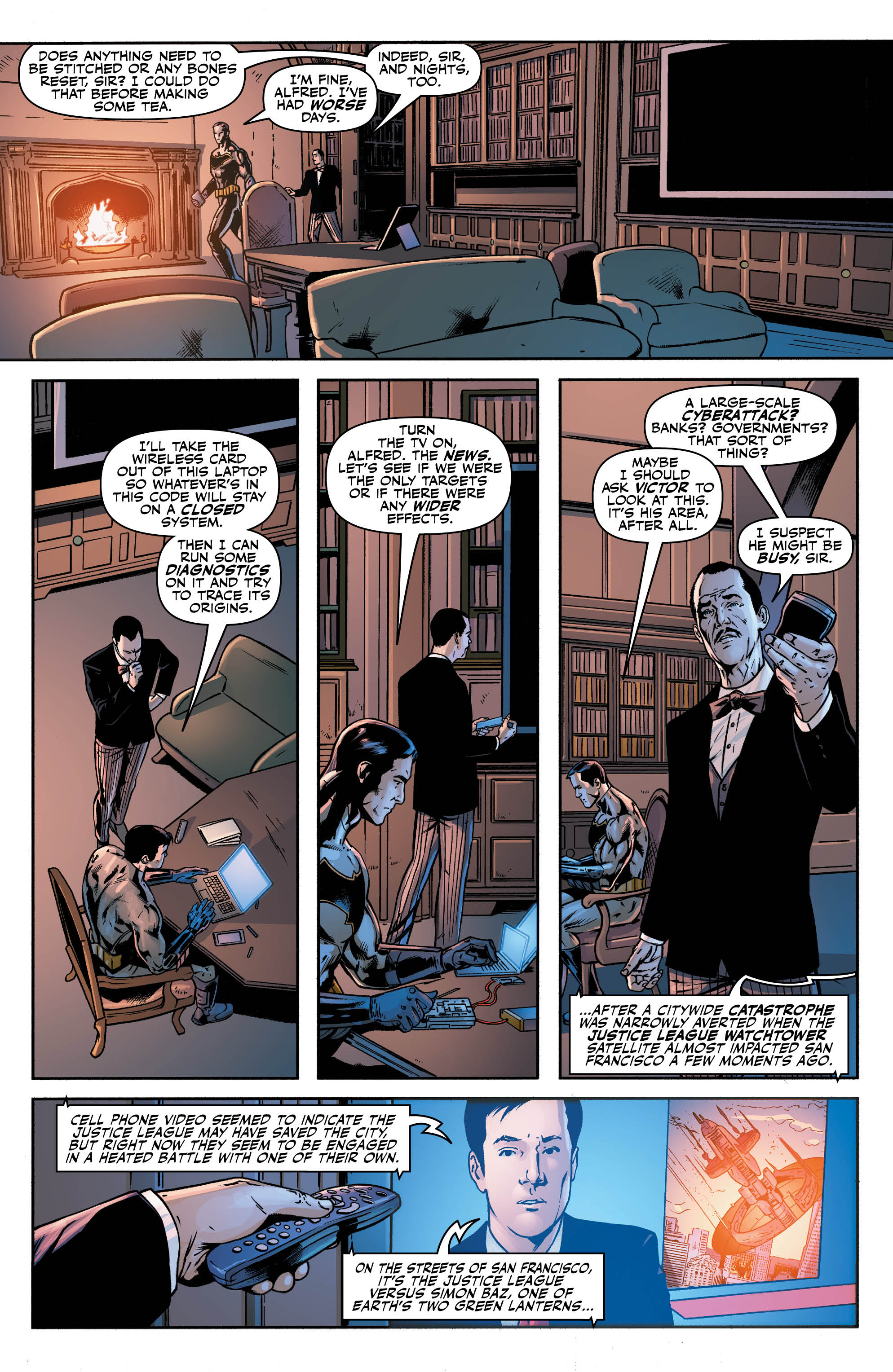 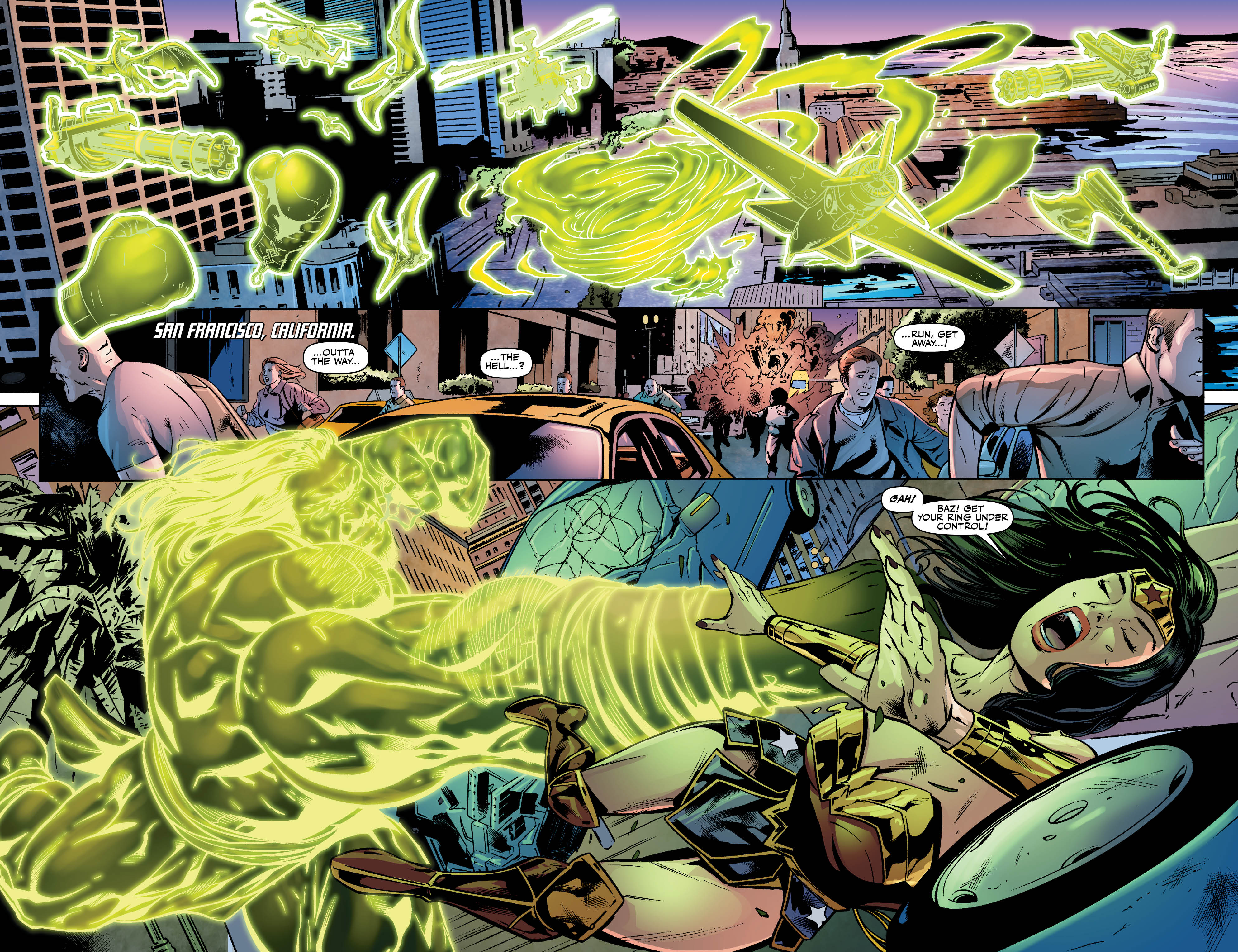 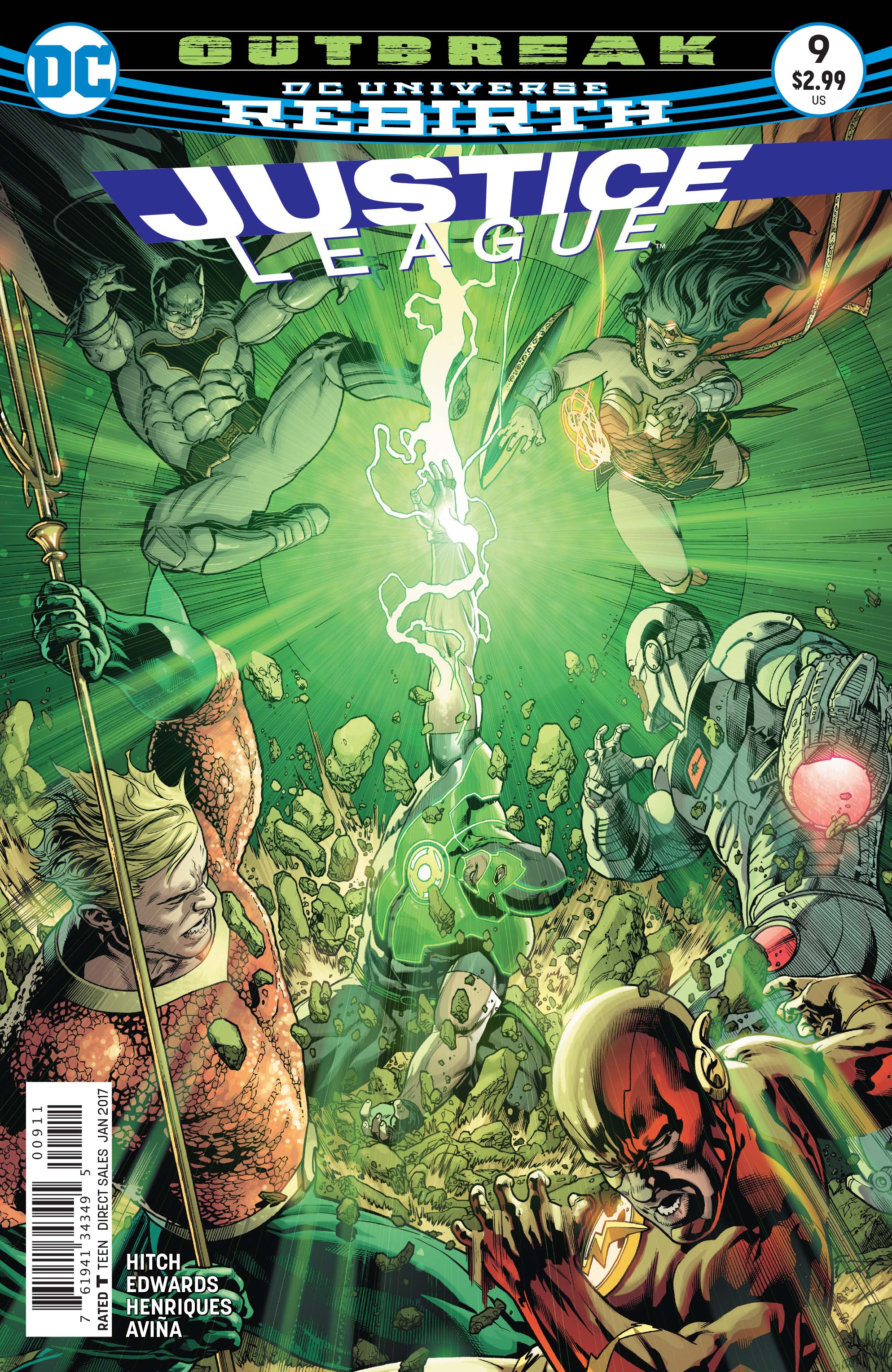 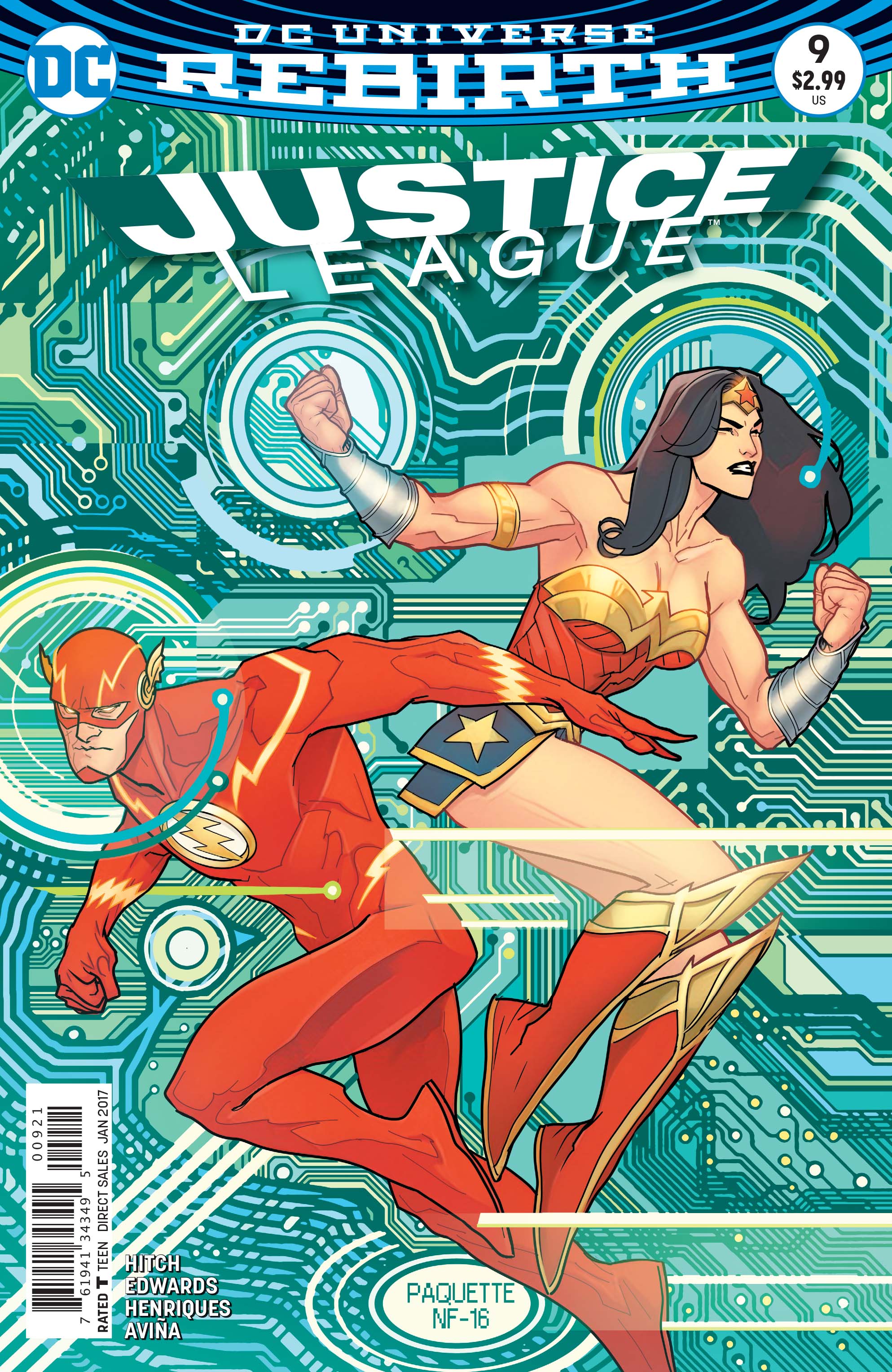 Superman is still absent from this storyline, as is the recently departed Jade. I wonder, will they have a pivotal role later on? Jade’s departure, particularly after receiving much attention and character development in the previous Justice League issues, leaves a sizable gap. Aquaman joins the fray, treating readers to the most action he’s delivered in quite a while. Most of the constructs appear to be mythological, godlike creatures. Perhaps this is a clue to the villain’s true identity?

The art in the issue is solid. The Green Lantern constructs play well on the panels. However, they lack some detail that might have garnered more response. I found myself going back to them to try to discern who the characters might be, what they might mean or represent…or if they were simply random. The splash pages are certainly big, and lent themselves to the grandiose appeal of a Justice League story. Several “superhero close-ups” appear in the issue as well – a Bryan Hitch signature!

While I enjoyed this issue for what it was, the “Outbreak” story feels a bit slow. Thus far, it lacks the emotion and depth found so prevalent in “State of Fear.” I would love to see a more overt connection with the previous arc. Justice League #9 is still an early entry into a new story, so we must remain patient and allow the story to develop.