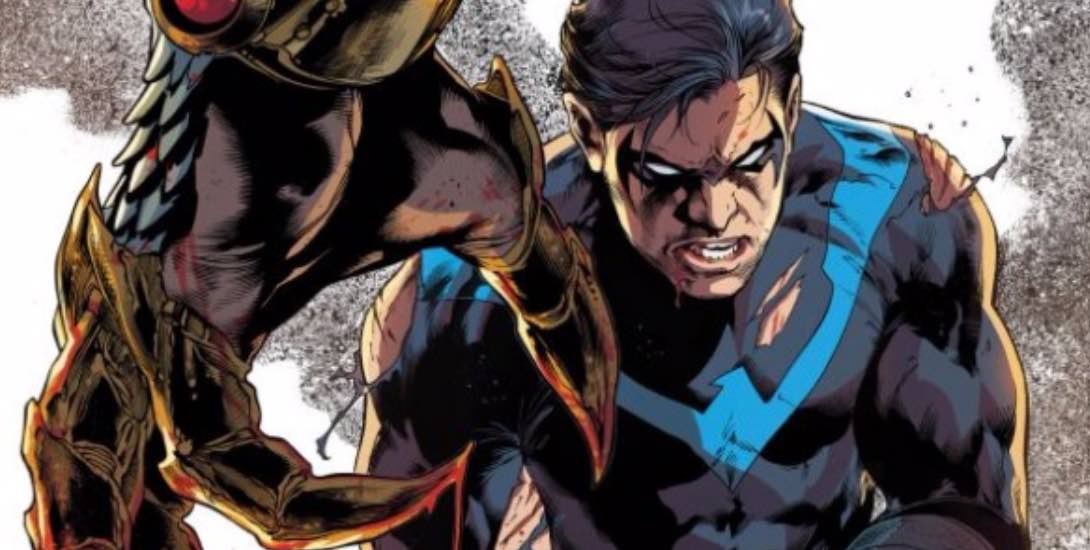 As much as I have derided Tim Seeley and his need to build up Raptor to this big threat for Nightwing, this issue delivers a satisfying conclusion to “Rise of Raptor”.

This issue was one of the best issues of Nightwing that featured Raptor. The main reason is that Seeley used this issue to great effect to wrap up all of the plot threads that he has been building since Nightwing: Rebirth #1. Raptor’s subplot and origins are finally laid out on the table and all of his motivations are finally revealed. It is creepy and ultimately satisfying. More importantly, the weird, out-of-character tension between Nightwing and Batman has a decent resolution too. 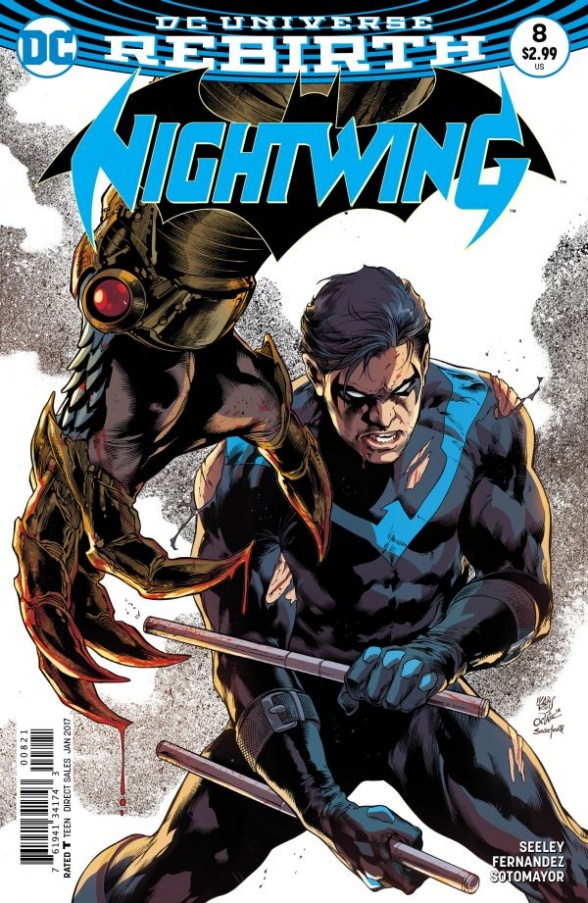 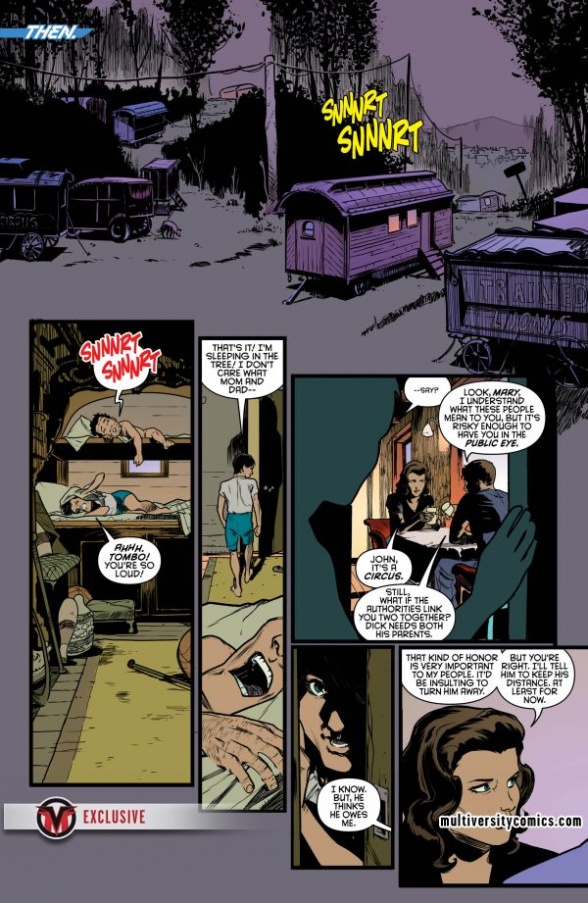 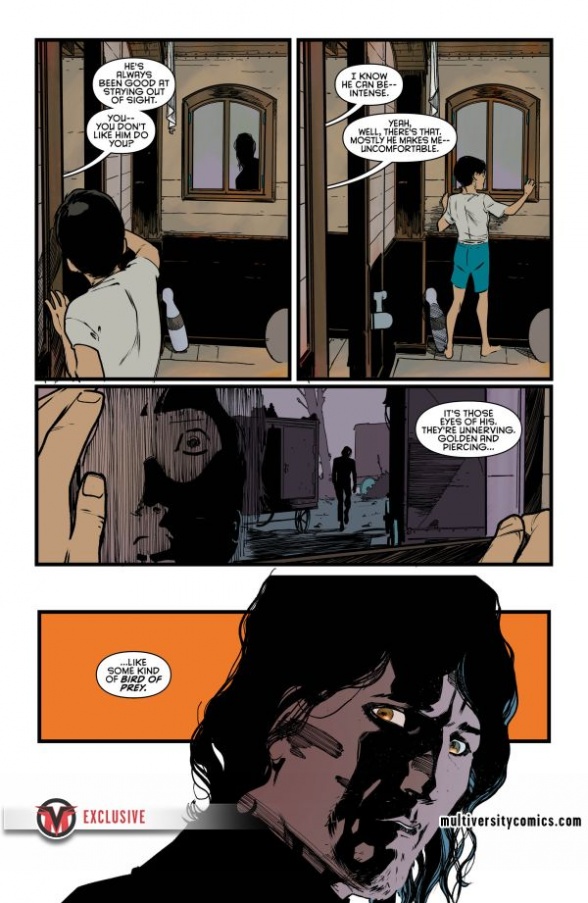 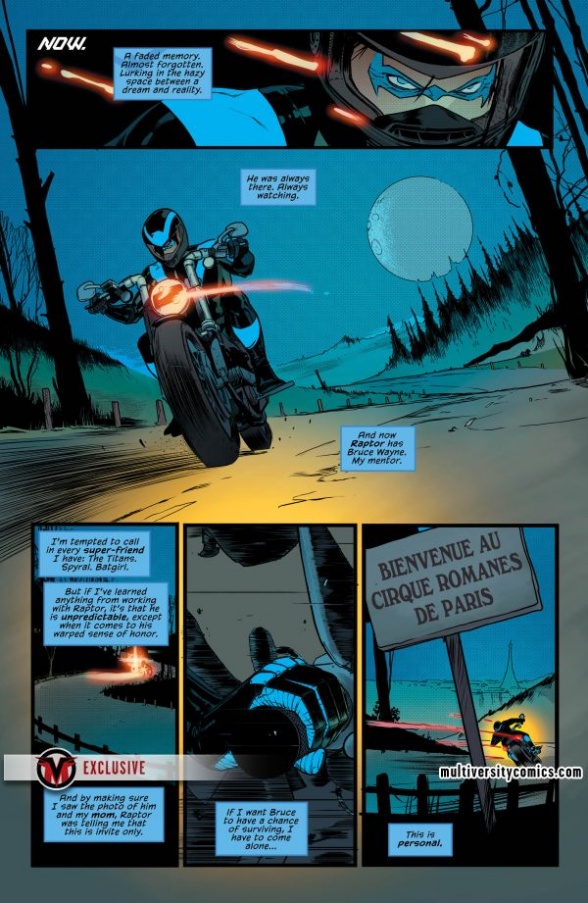 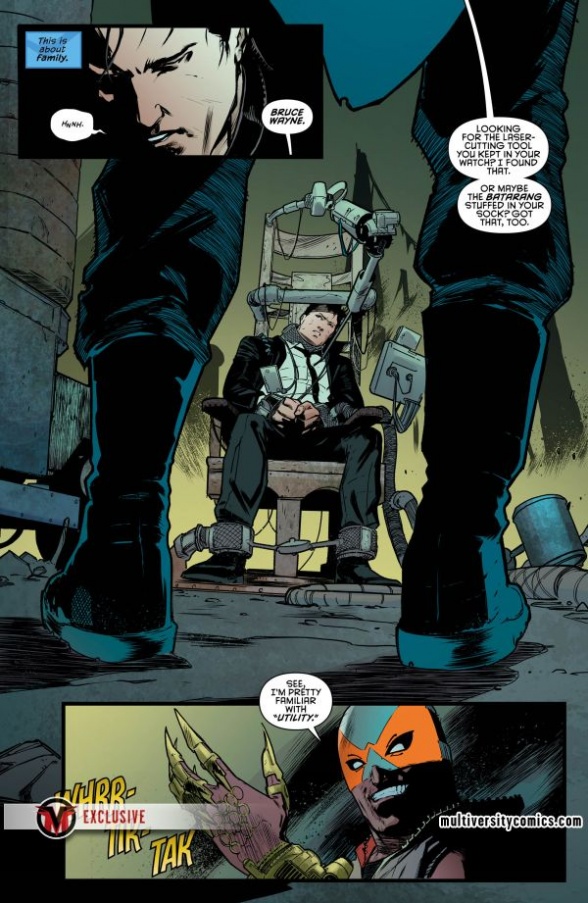 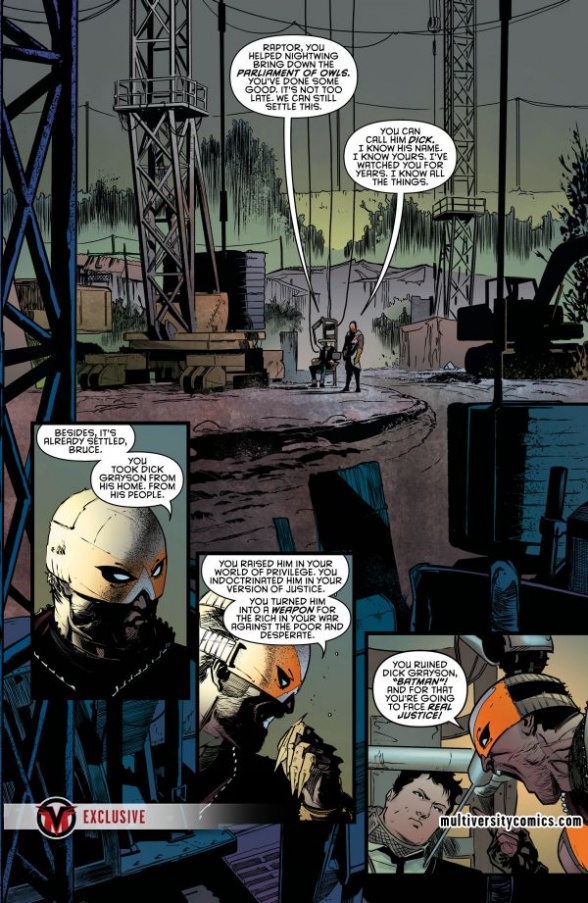 I know that I have repeatedly said that Javier Fernandez’s art has been very good, but on this issue his stuff really shined. The entire issue was essentially one long fight scene and Fernandez’s hyper-dynamic art was perfect for that. He portrays quicknesses and speed lines so well, making Nightwing’s battle popped with intensity and ferocity.

There are some problems with the issue too, but they are pretty minor. There is the revelation of Raptor, which kind of makes one question how old he is supposed to be. And while the conclusion to the story is well-crafted, there are some cliche moments or scenes that are super silly (the biggest offender being Raptor’s ridiculous deathtrap for Bruce Wayne) . But given how cathartic it is seeing Nightwing whoop on Raptor, I am willing to forgive the predictability of the script.

Nightwing pulls together a lot of plot threads that began when the title rebooted. The prior issues were fairly mediocre, but at least led to this satisfying conclusion.