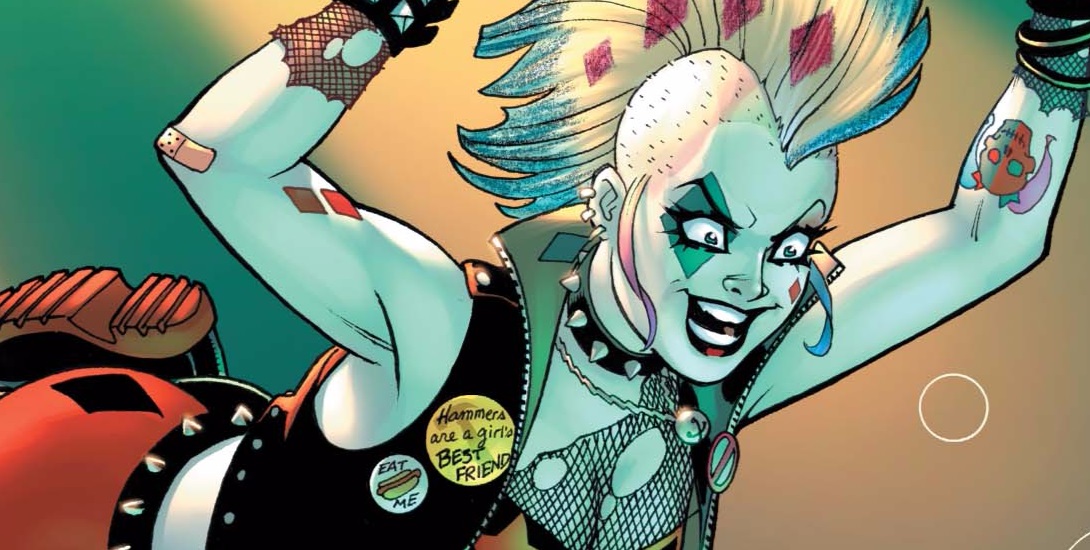 Although Harley Quinn’s opening arc of the Rebirth era was quite entertaining as it saw 2016’s Queen of Halloween thrust into a zombie crisis, I really think that this issue is more so what one would would come to expect from a series such as this. In short, it’s not exactly “grounded in reality,” but it’s also not too far on the fantastical side. New fans, especially those looking to get into Harley comics after watching Suicide Squad, should find this issue to be a comfortable read.

After her favorite mailman is killed, Harley channels her inner Charles Bronson and vows vengeance on those responsible. In an effort to get in close proximity to them, she starts her own punk rock band with the intention of getting placed on the same bills. Oh, by the way, they too are in a punk group and moonlight as nefarious knights on horseback.

The creative team have given Harley no shortage of varying looks and costumes over the past few years, and they continue that tradition here. Our gal is given a punk makeover, obviously, and now sports a mohawk – at least for the duration of this story arc. I can only hope to one day see a goth metal Harley (hey, I know what kind of ladies I like).

Devoted fans of this series should be happy to know that John Timms returns for the entirety of this issue. Not only that, he turns in what may be his best artistic performance of the Rebirth era. I really like how he captured Harley in a variety of situations and gave each panel – and her – such personality.

Perhaps the biggest bomb dropped was on the final page. It’s quite subtle, but those who are paying attention will remember what happened in Harley Quinn #25 (The New 52) and wonder what this means going forward. I’ve always said that Amanda Conner and Jimmy Palmiotti don’t let ideas go to waste, so I’m most interested to see how this will pay off in the near future. Come on, this wasn’t an Easter egg, this was a seed firmly planted.

Overall, the first chapter of “Undercover Punker” shows much promise and is a good jumping-on point. We also learn what happens when Harley eats too much pizza, so be thankful this wasn’t another rub and smell issue. 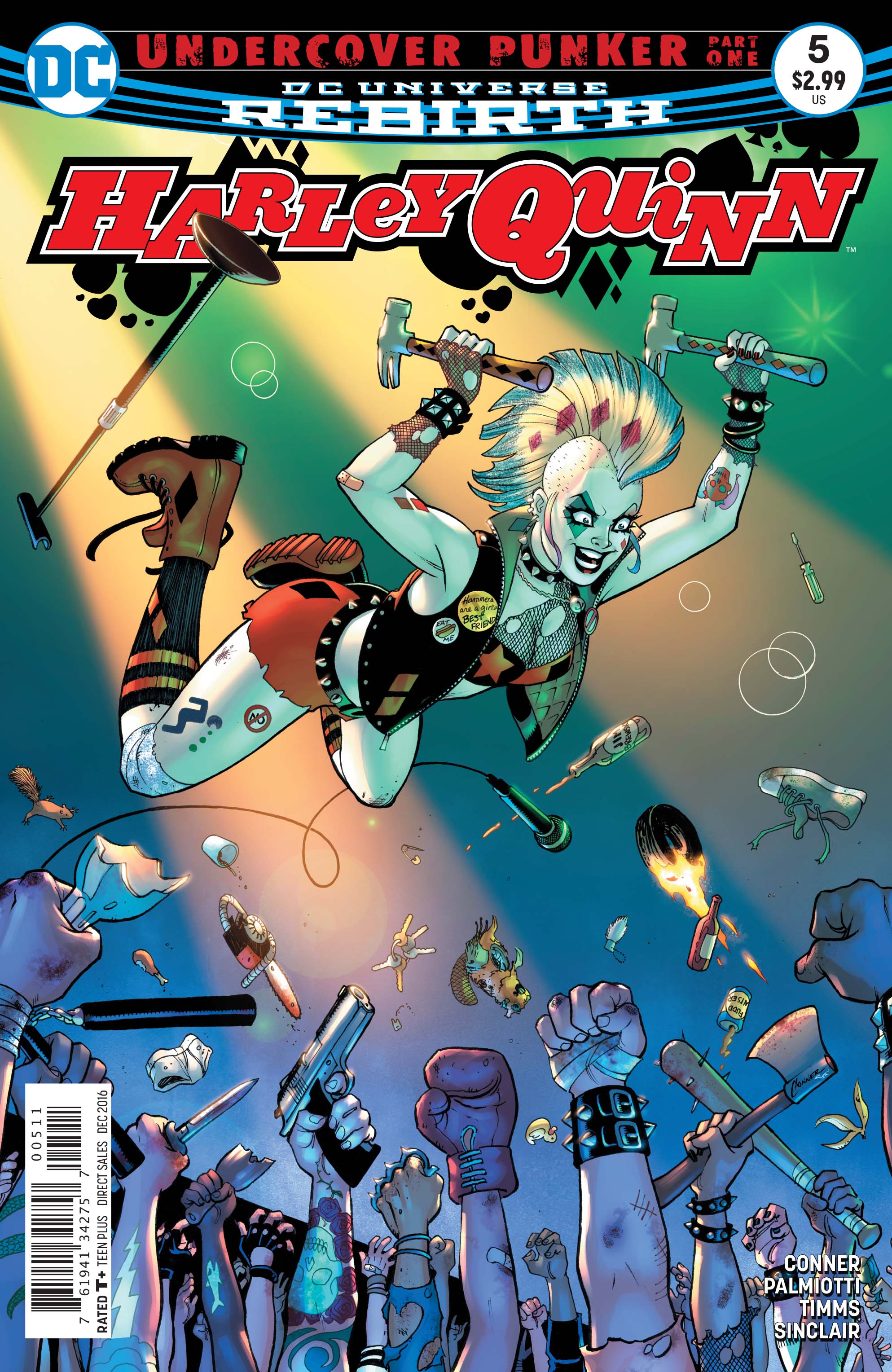 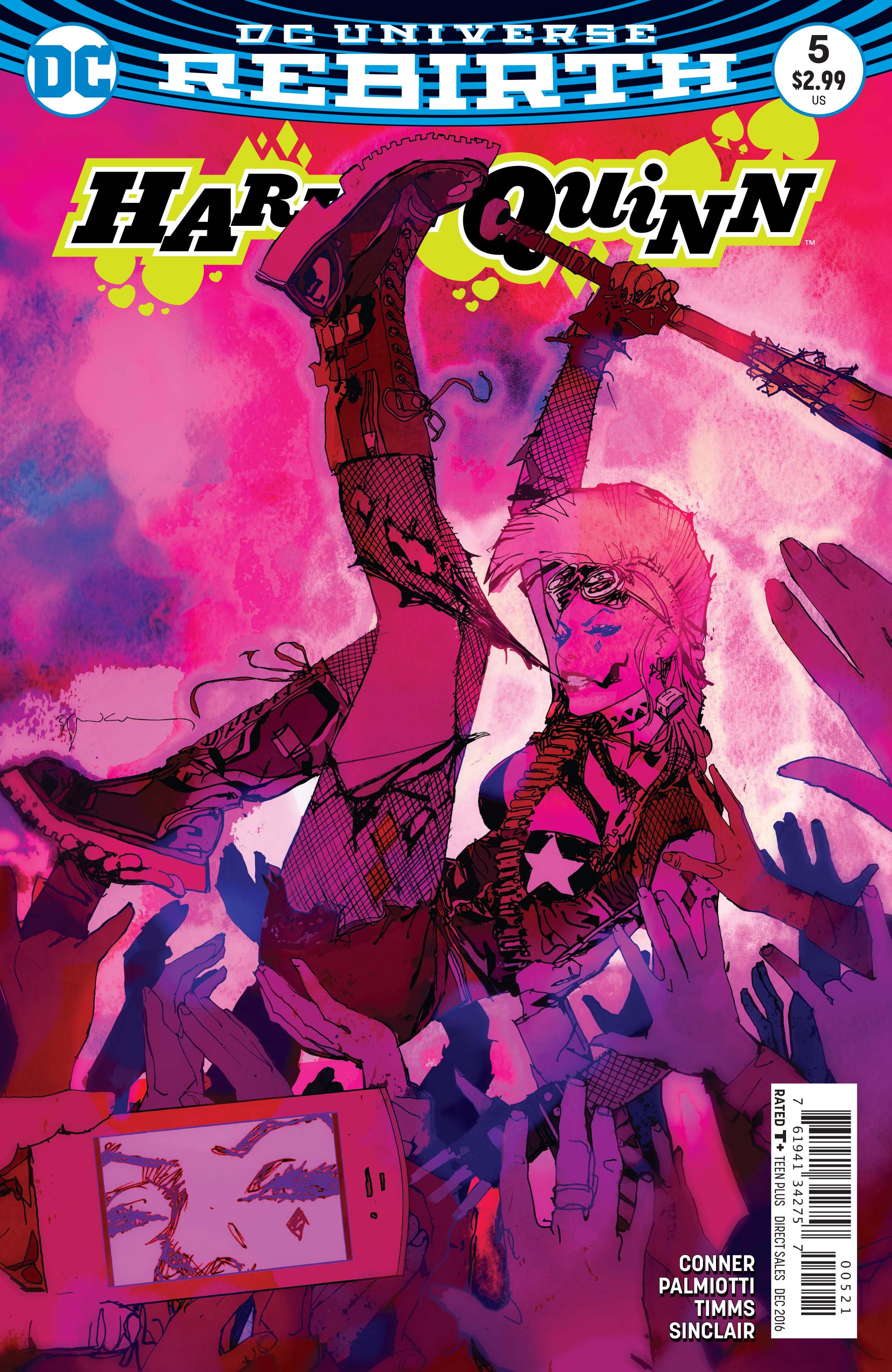 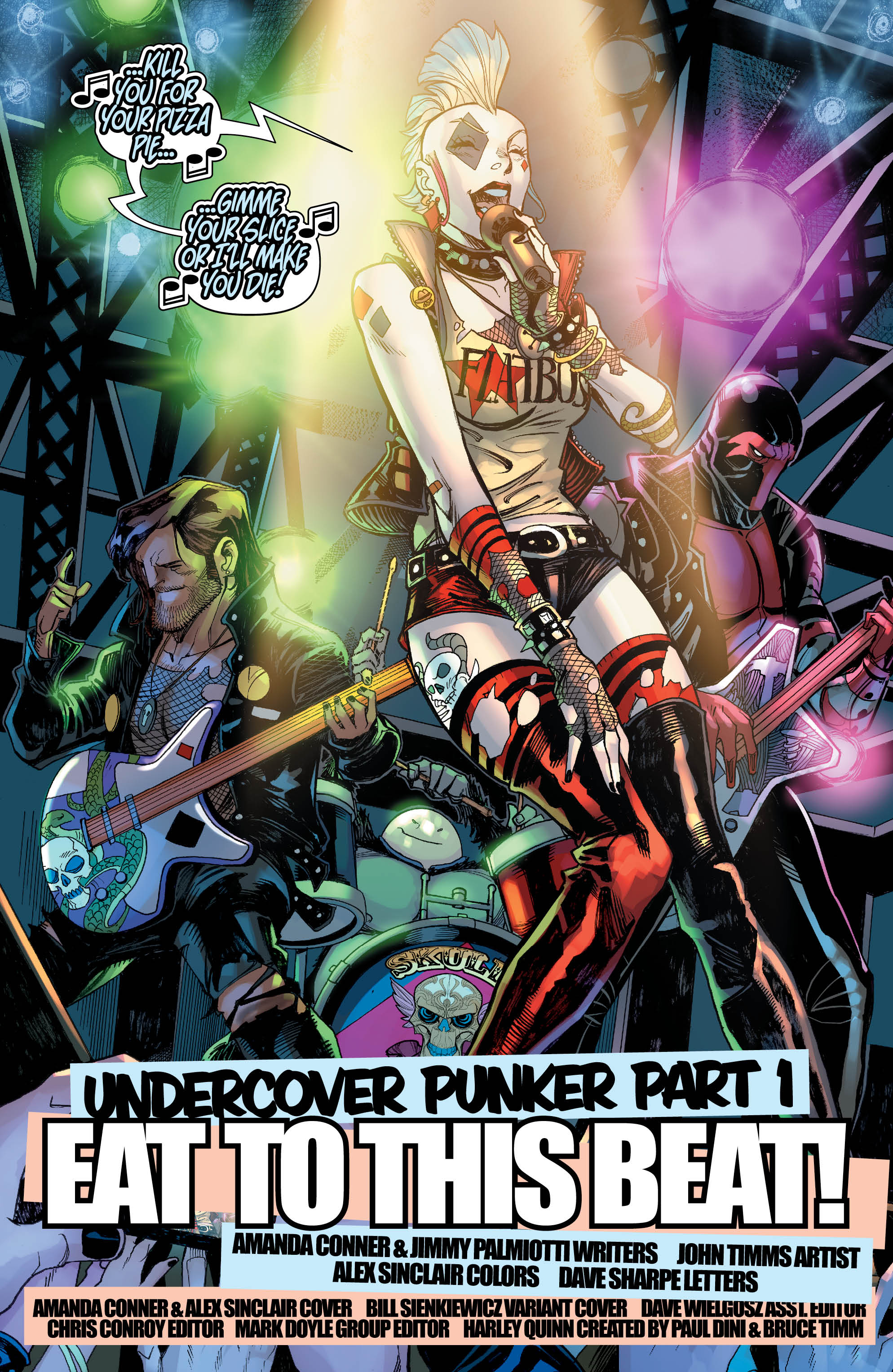 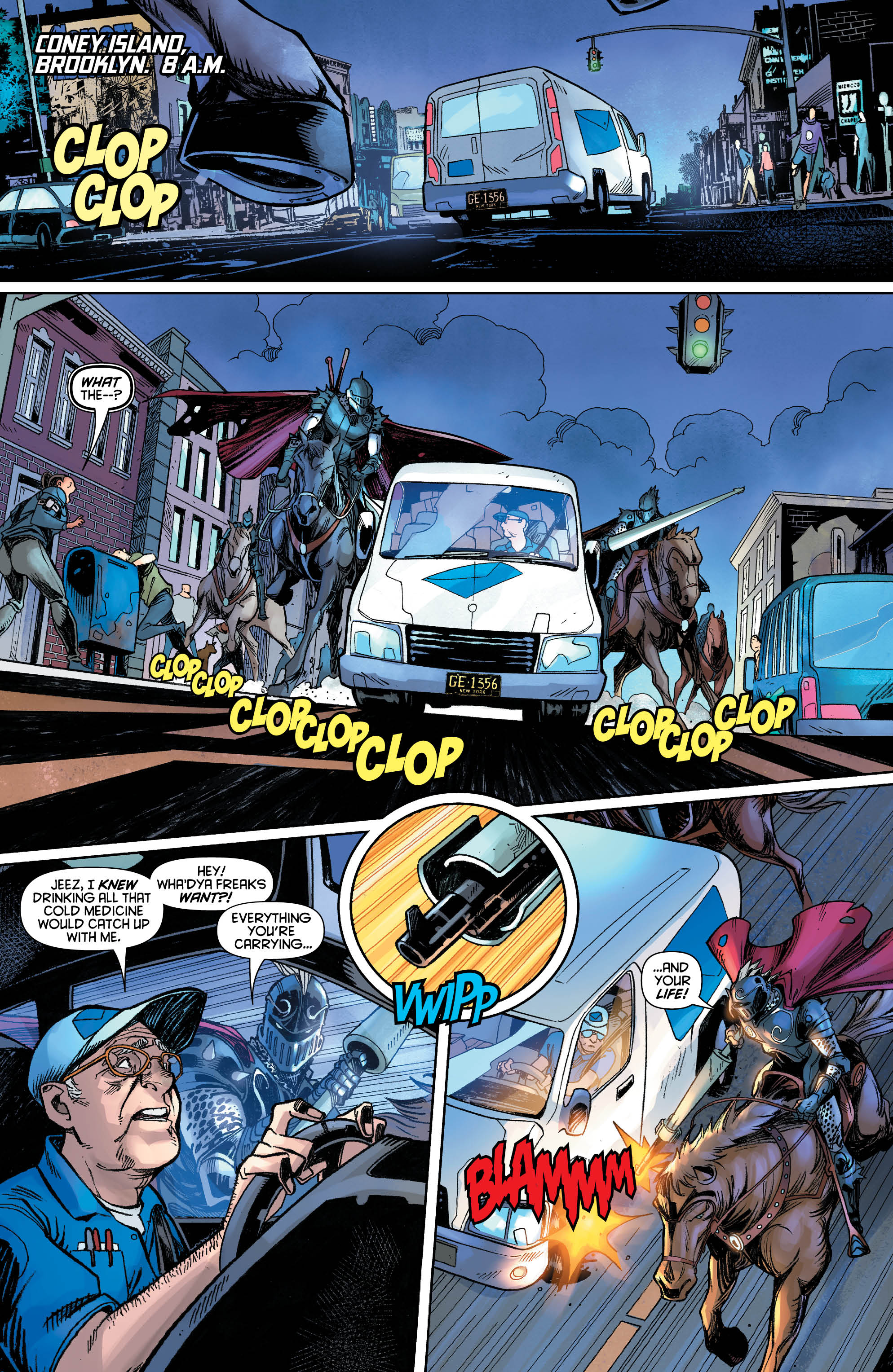 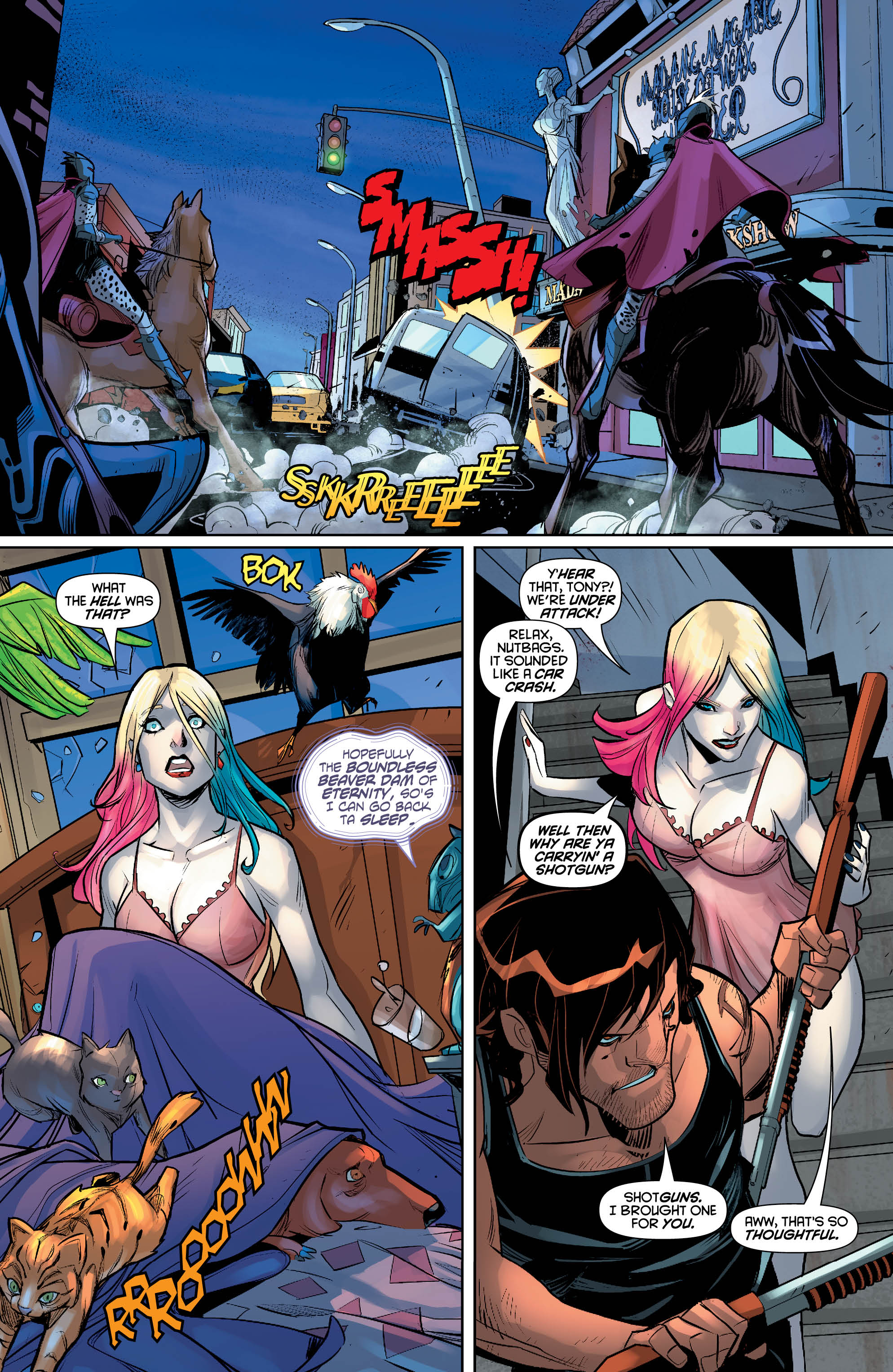 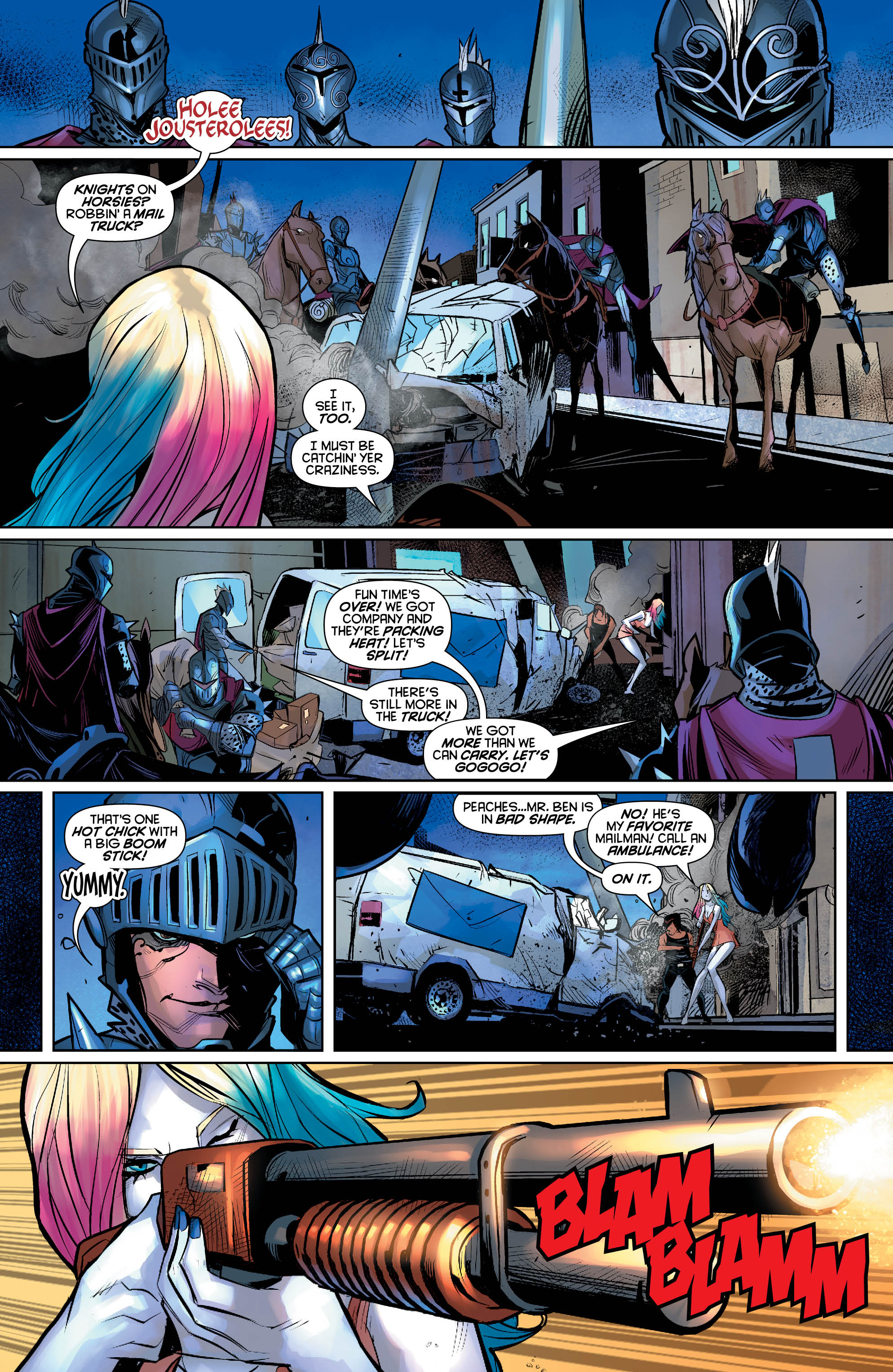 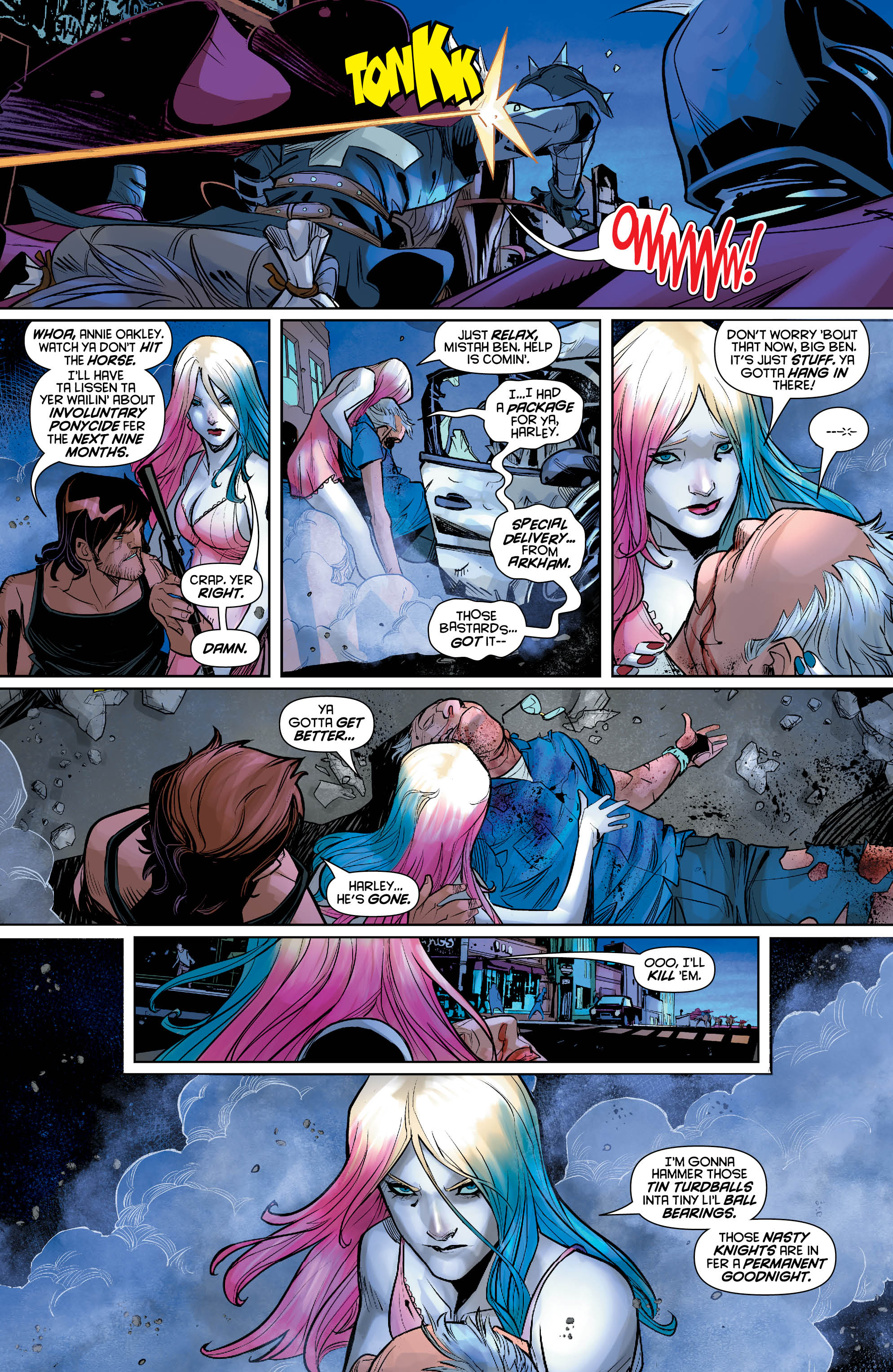