Nightwing is a comic that I desperately want to like, but after reading through the comic’s first story arc, I can pinpoint what it is missing: engaging antagonists and strong supporting characters.

The Parliament of Owls are just not very menacing villains. They are non-descriptive and they say generically evil threats, but hardly act on them the storyline, hence they feel less of a credible threat for Nightwing and more of an afterthought.

A good example of how the Parliament feels like a plot afterthought is a scene where the Parliament’s head reveals his true form. You know it is supposed to be the issue’s “Oh sh–” moment, however it comes off as puzzling due to lack of build-up.

In fact, this issue has a few scenes where you get the impression that there is a big pay-off, but it just confounds the reader instead. Like, the story’s depiction of Batman being a big jerk with trust issues toward Nightwing. Didn’t Batman grow past that characterization in 2007?

The positive of the issue is that Nightwing himself continues to be a very likable character. He is cool and competent, while highlighting what makes him different from Batman. Additionally, Raptor starts to advance as a character, with the comic revealing more of his shadowy backstory and intentions. Raptor’s character twist in the end promises interesting conflicts further down the road. Once again, the art feels very fluid, which is important for a fast-paced, dynamic character like Nightwing.

In short, Nightwing is a comic that is still struggling to find its voice and a captivating story hook, though Tim Seeley plants enough story seeds that can potentially grow into more intriguing plots in the future. 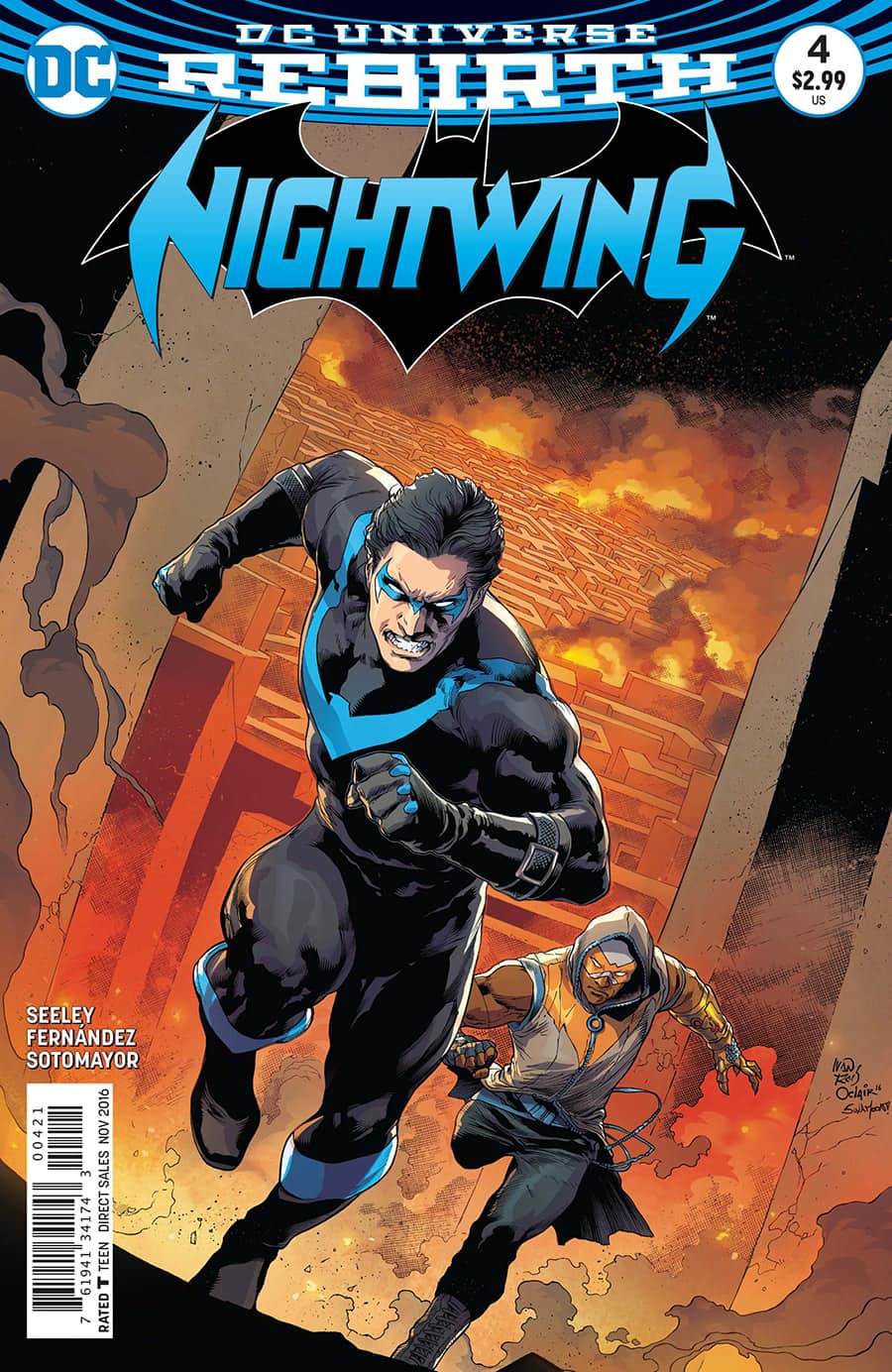 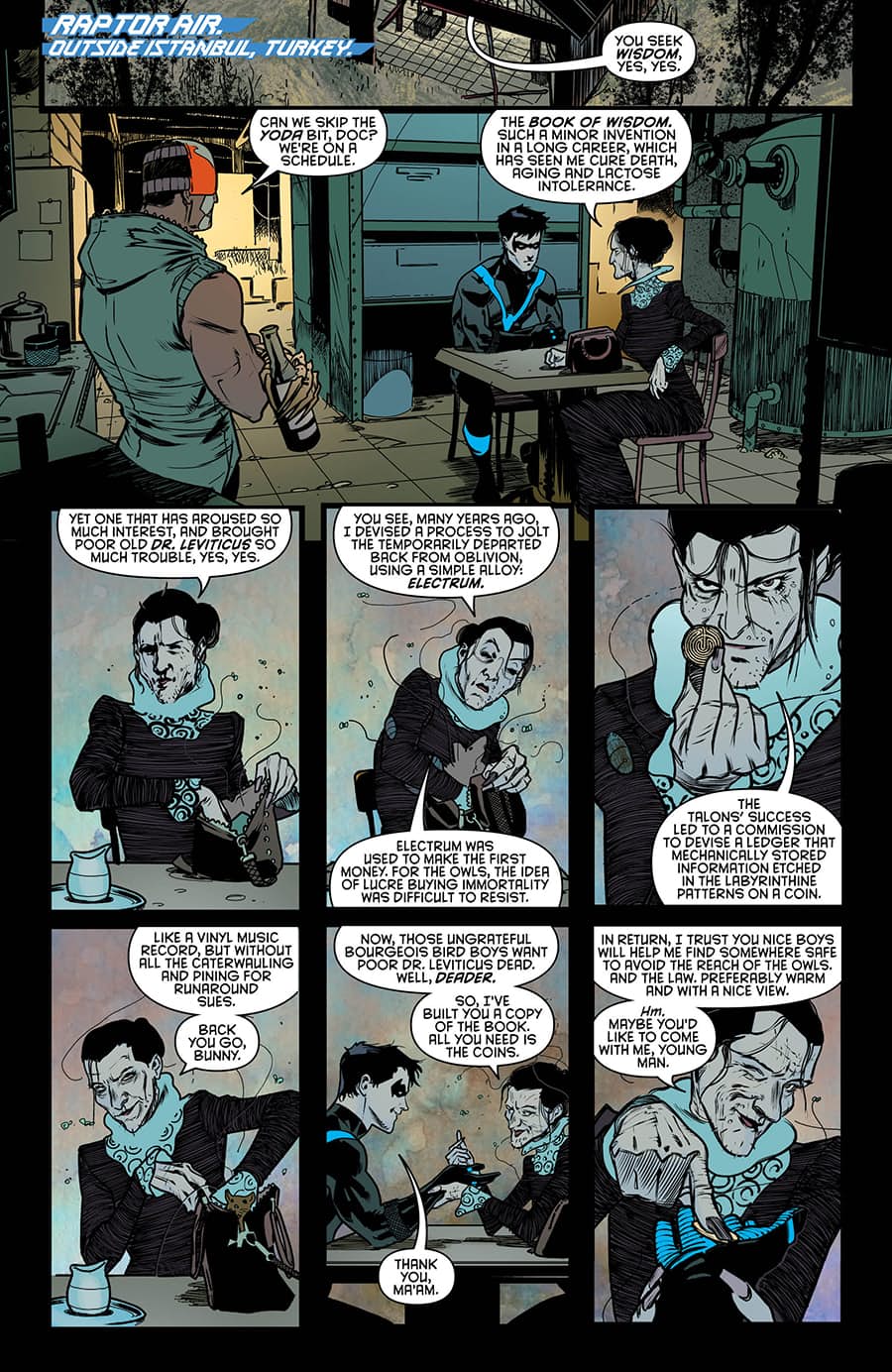 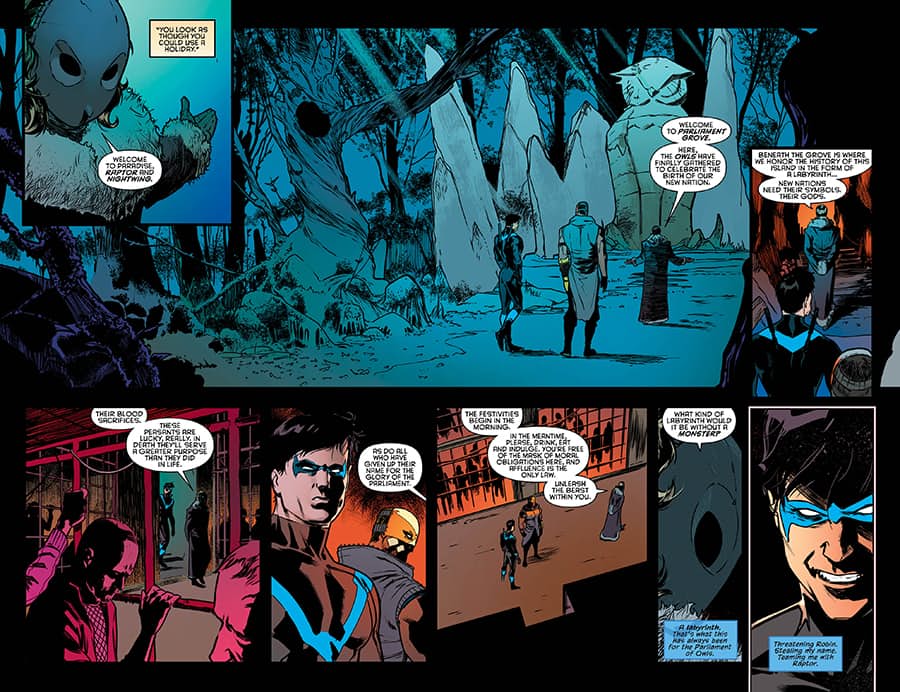 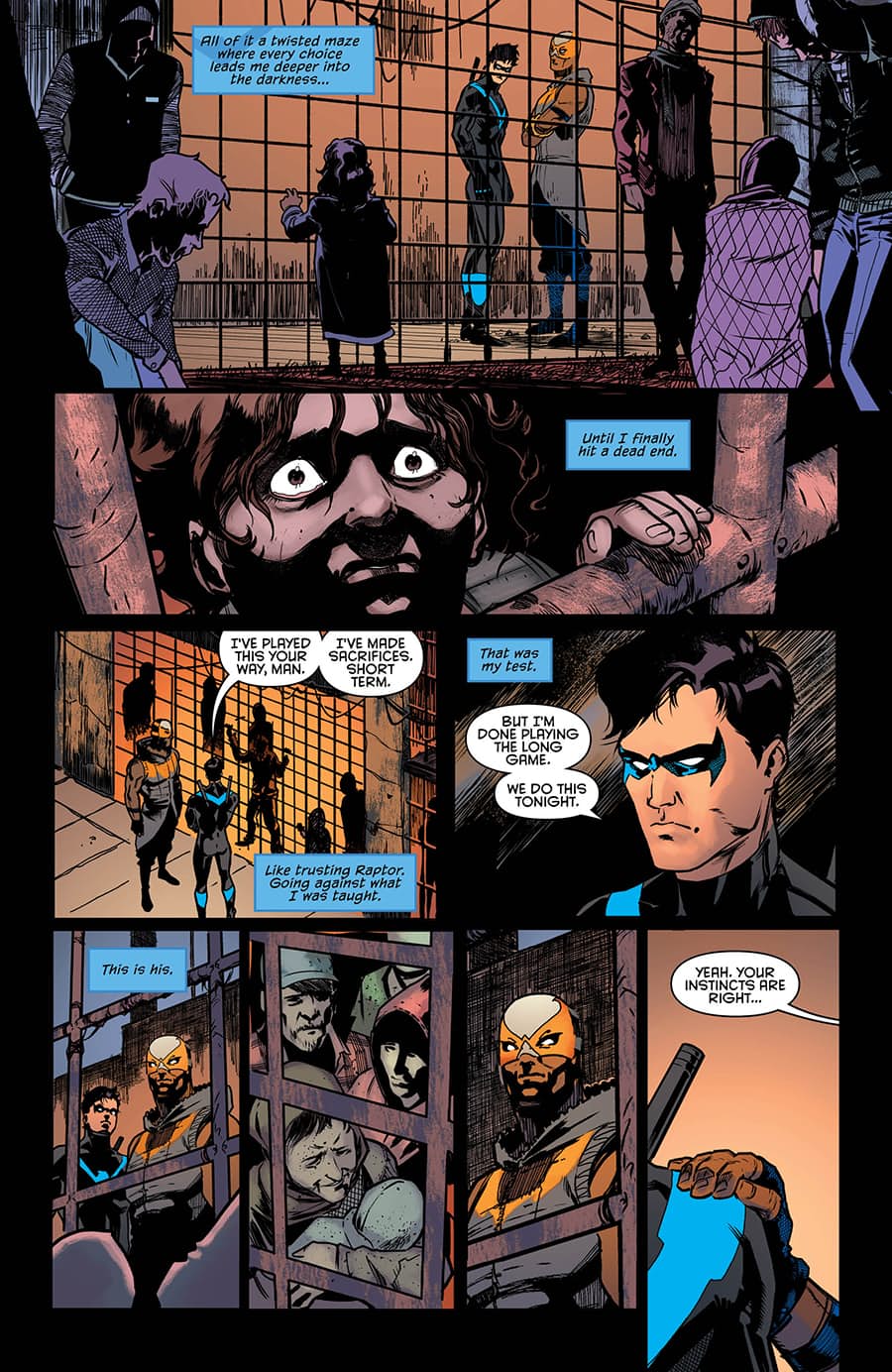 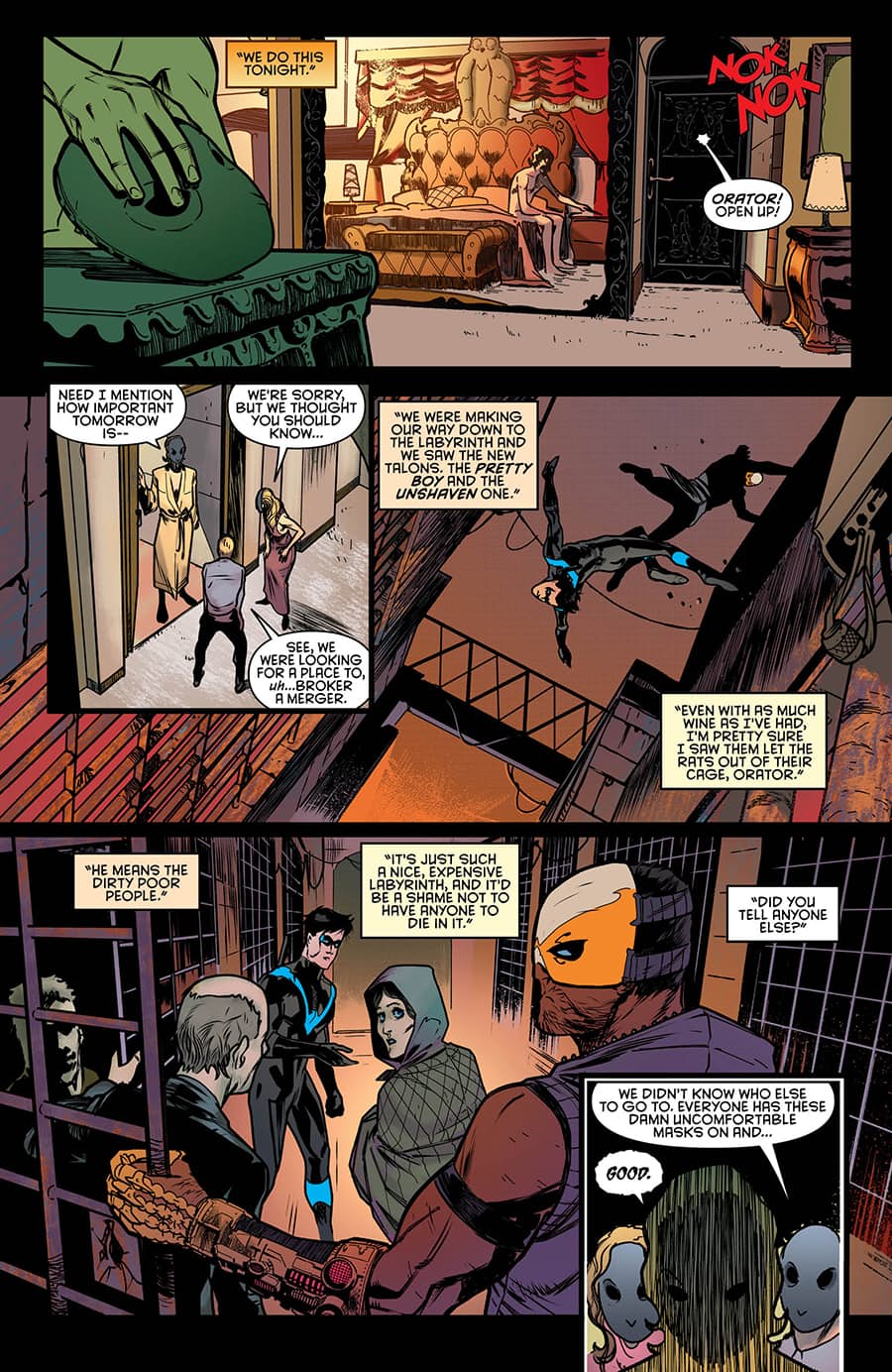