Suicide Squad: Rebirth #1 is a great way to bring people up to speed on these characters and the unspoken corner of the DC Universe in which they inhabit. It’s definitely something that new fans should check out if they want to know more about the group before they see the new movie. In fact, the comic feels so specifically catered to that purpose that it almost feels like a genuine tie-in.

It kicks off with an extended Barack Obama cameo as he as a lengthy discussion with Amanda Waller about the problematic qualities of the Suicide Squad and why the program needs to be shut down while she argues that the group is something the country needs, like it or not. It’s a strong opening. 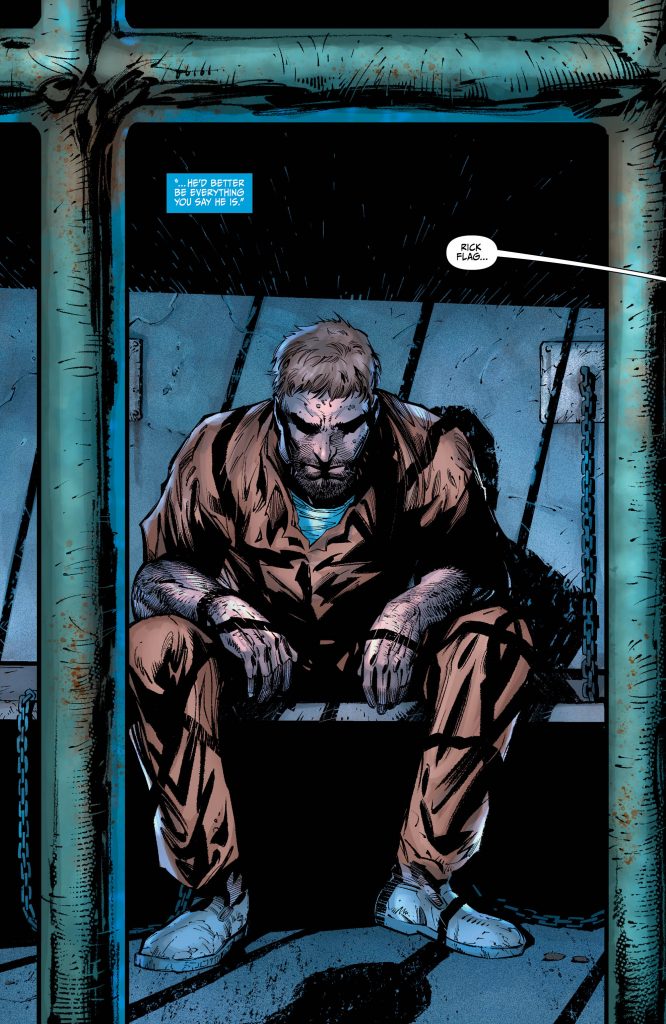 While we get brief moments with the other members, the bulk of the issue centers on the decision to bring in Rick Flag as team leader. It makes sense to use Rick as the entry point, especially for new readers. His reservations in joining the team also make for an interesting dynamic that I hope will continue and be expanded upon as the series goes on.

We’re treated to a bit of action in the issue, but while the premise is interesting and definitely something that justifies using the Suicide Squad over another DC team, the battle sequences themselves don’t really rise above anything we’ve seen before. There’s nothing bad about them whatsoever, they just feel kind of standard.

Harley Quinn has a few nice moments, but her appearances are surprisingly restrained. She comes in, says a one-liner and disappears into the background, for the most part. In general, the characterization is great, but there are a few instances where she almost feels more like Tank Girl than the Harley we all know and love. 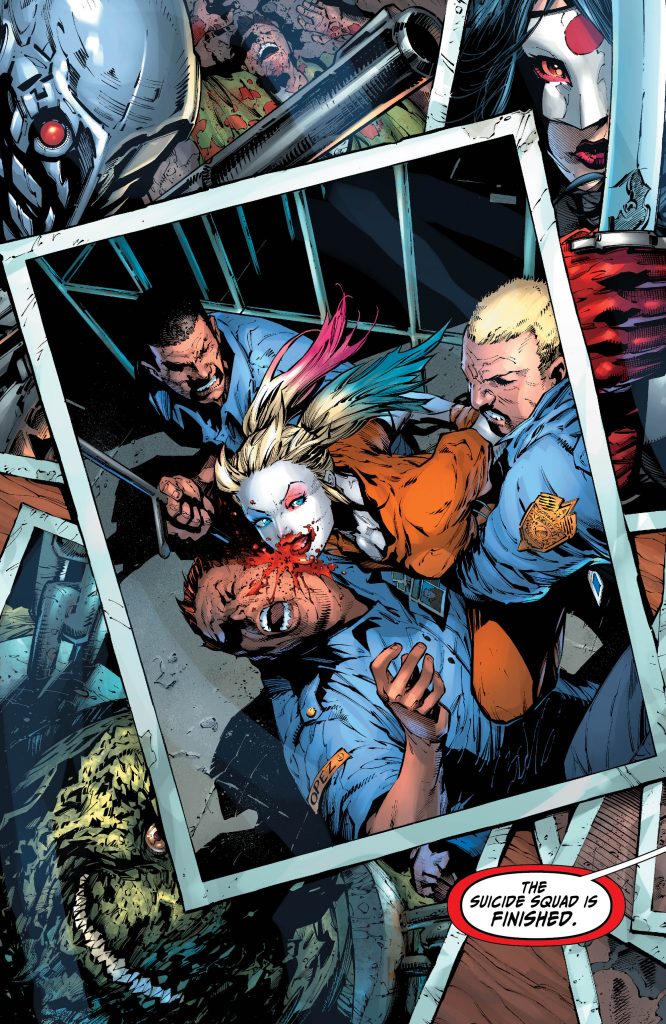 Captain Boomerang is really the surprise member who steals scenes, provides a boost of energy and kind of walks away with the whole thing, although I suspect that’s a possibility with the movie as well.

Either way, Suicide Squad: Rebirth #1 did its job very well. It got me interested in reading about the squad again, does a great job of bringing new readers up to speed and seems to almost mirror the visual style of the movie so that fans of that won’t feel alienated by the source material.

The Joker Takes A Ride In The ‘Purple Lamborghini’ Music Video