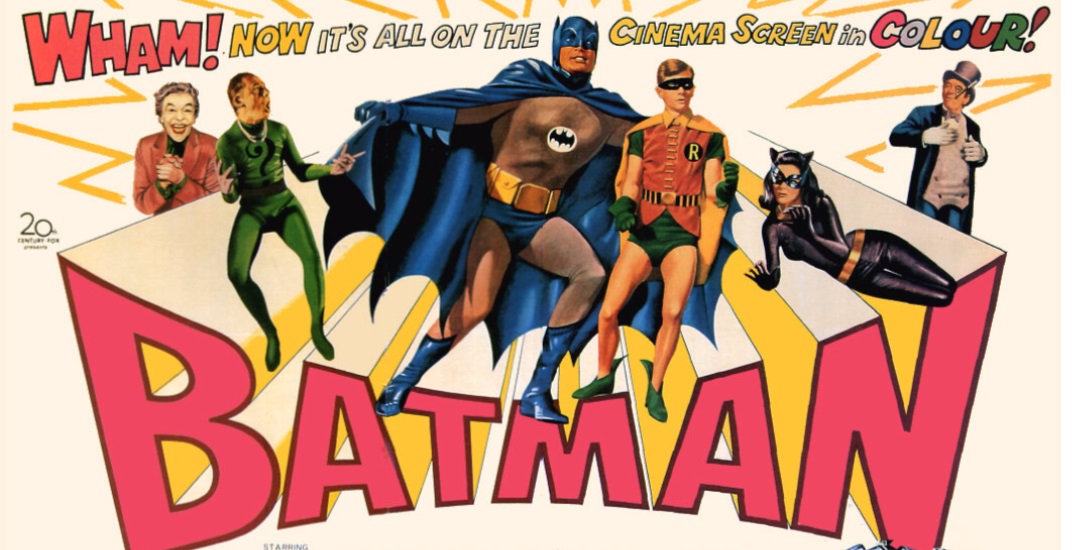 Holy half a century, Batman!

You read the headline right. July 30 marks the big 5-0 for a “little known” feature titled Batman: The Movie. To call the movie little known would be as ridiculous as the film itself. Adam West’s Batman is stuck in our pop culture psyche and it just won’t go away. For that I am eternally grateful.

It was a Saturday afternoon and I was just a young lad. My family took a trip to the video store (that’s where you used to rent movies) to see what adventures we could get into for the weekend. Lo and behold, I stroll down the “classic” aisle. There, right in the middle of Row 4 was Batman: The Movie. Holy freakout! A new Batman movie?! How didn’t I know about this?! You see, I was experiencing the end of Batmania 2.0 that began with Tim Burton’s wonderful Batman film just 7 years earlier. Batman Forever was a year in the past, and Batman & Robin was a year out. How did this Batman film slip through the cracks? Apparently, I didn’t understand what “classic” meant. Anyway, I immediately grabbed the movie and demanded we rent this sucker. One dollar and 5 minutes later, I was back home with this tape (VHS was the hot commodity in these ancient times) in the VCR. I strapped in, imagining myself right there in the Batmobile. My world was forever changed. 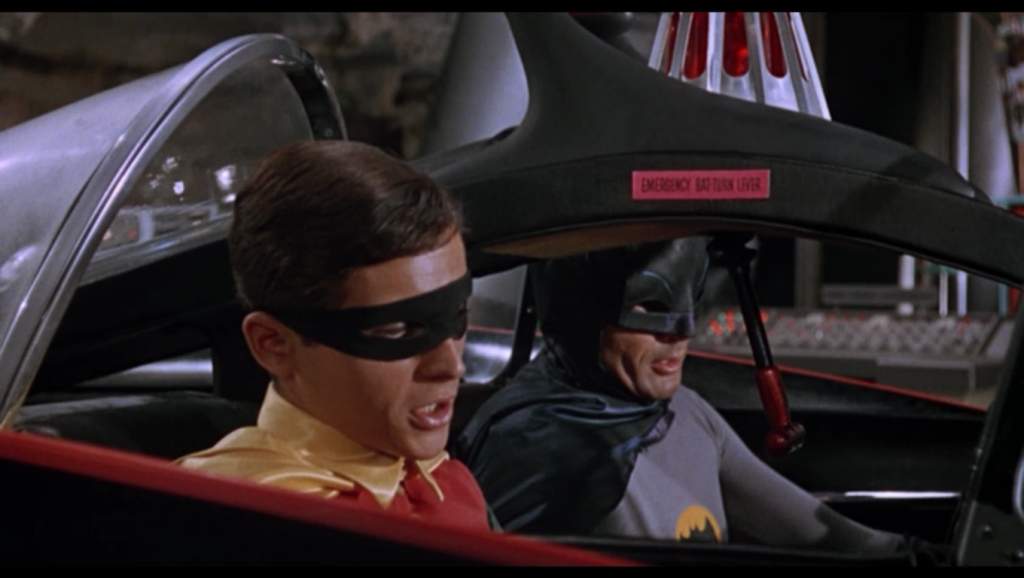 You’ve heard the stories about the effect this movie (and series) had on kids. To parents it was hokey, cheesy and comical. To me, it was frickin’ serious. The Joker, Riddler, Penguin AND Catwoman teaming up?! Wow! Batman and Robin shooting out of the cave in the Batmobile?! Wow again! A shark latching onto the Caped Crusader’s leg? Okay, that’s a little strange. Except it wasn’t because Batman had shark repellent! 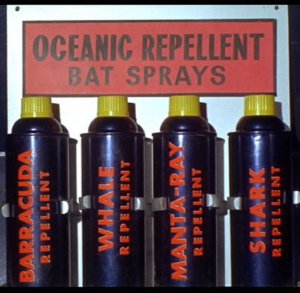 And that’s just the beginning! The movie only got more exciting (ridiculous) as the time flew by. In retrospect, I know now THAT was my 1960’s Batman moment. Every fan of the show had one. Whether it was during the series’ first run on TV, the reruns not long after, or even once you or your parents bought the box set in 2014. 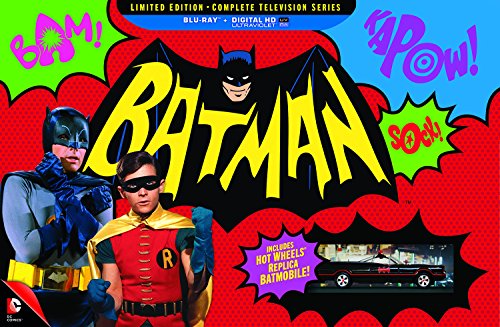 I could write a review of this movie, going through the positives and negatives. I could look at it through the eyes (again) as a child and sing its praises, or be a dud (an adult) and pick it apart. I won’t do either. The day is meant for celebrating the lightning in a bottle moment that was Batman. It changed the superhero, television and pop culture forever. There was nothing like it before 1966, and nothing quite like it since.

In fact, I’d go so far as saying the movie is like a bomb. And as the film taught us 50 years ago, some days you just can’t get rid of a bomb.