Gotham season 3 is well on its way. With that, we’re getting a bunch of news coming through the pipeline about casting and new characters.

A few weeks ago, we got word that Clare Foley, the young lady who was initially cast to play the role of Ivy Pepper, Gotham‘s version of Poison Ivy, was being recast for season 3. Today, Variety is announcing that the character will be undergoing a growth spurt.

Maggie Geha has been cast as Ivy Pepper, who is now 19 years old. Apparently, the character had an unfortunate encounter with a creature from Indian Hill that aged her a few years. Variety implies that the character is fully aware of her feminine wiles and uses them to rob the cradle by targeting Bruce Wayne. 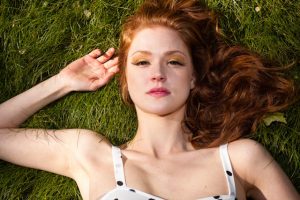 It’s obviously an attempt to speed up her development into the Poison Ivy that fans love and we’ll see just how well that turns out. It was unfortunate, because Foley played the character in an interesting way that made me want to know more. Maggie Geha has only had a few bit parts, the most famous of which was in Ted 2.