With Mother’s Day nearly upon us, we at Dark Knight News would like to offer some gift giving ideas for last minute shoppers out there. If the Martha in your life also shares a love for all things DC, check out the list of statues and graphic novels featuring some of the publisher’s most iconic female characters below.

On a side note, I would like to say my gift to all of you is the picture of Martha Wayne at the top. Do you know how hard it is to find a happy picture of her online that isn’t taken from that fateful night in Crime Alley or the Flashpoint Joker? 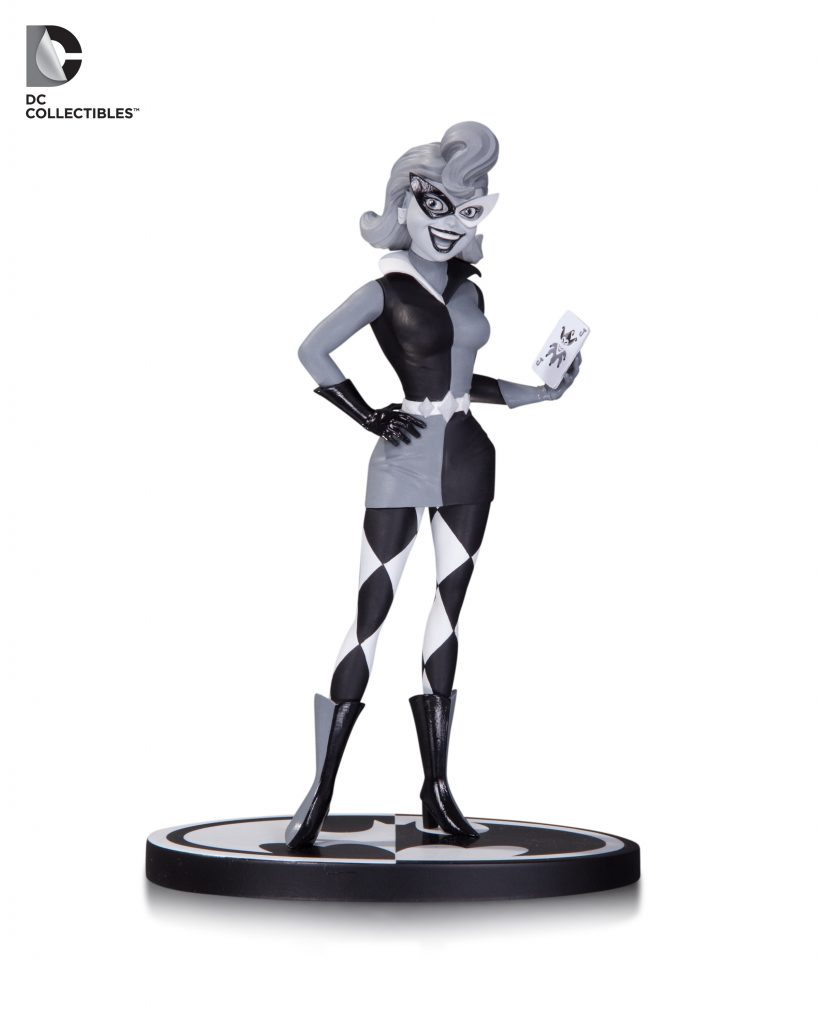 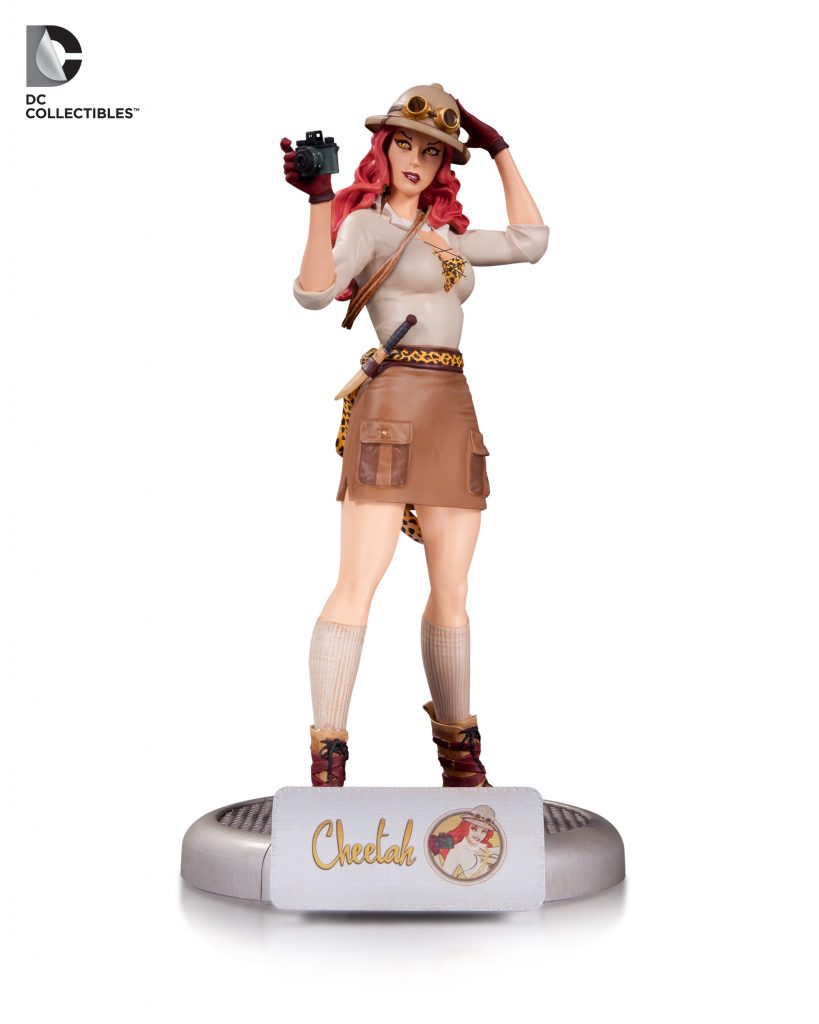 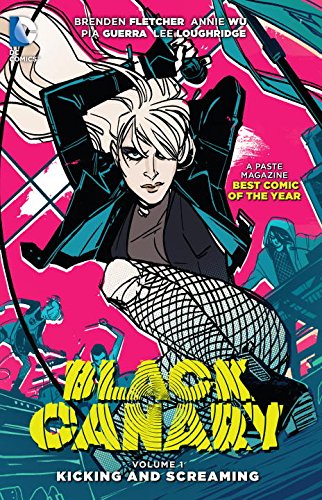 BLACK CANARY VOL. 1: KICKING AND SCREAMING
After years as a crimefighter, Dinah Lance never imagined herself as a singer…but now she’d die to protect her new band of misfits and trouble magnets! Collects issues #1-7 of the red-hot new series, plus the sneak peek story from CONVERGENCE: BLUE BEETLE #2. 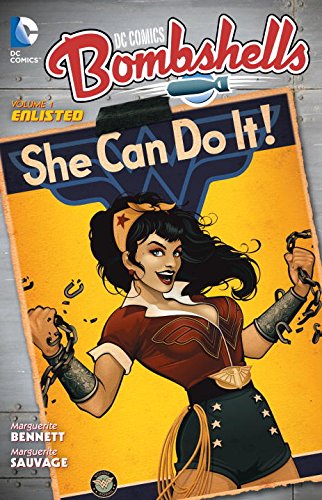 BOMBSHELLS VOL. 1: ENLISTED
In these stories from issues #1-6 of the hit series, learn the story behind this alternate reality where the Second World War is fought by superpowered women on the front lines and behind the scenes! It all begins with the stories of Batwoman, Wonder Woman and Supergirl. 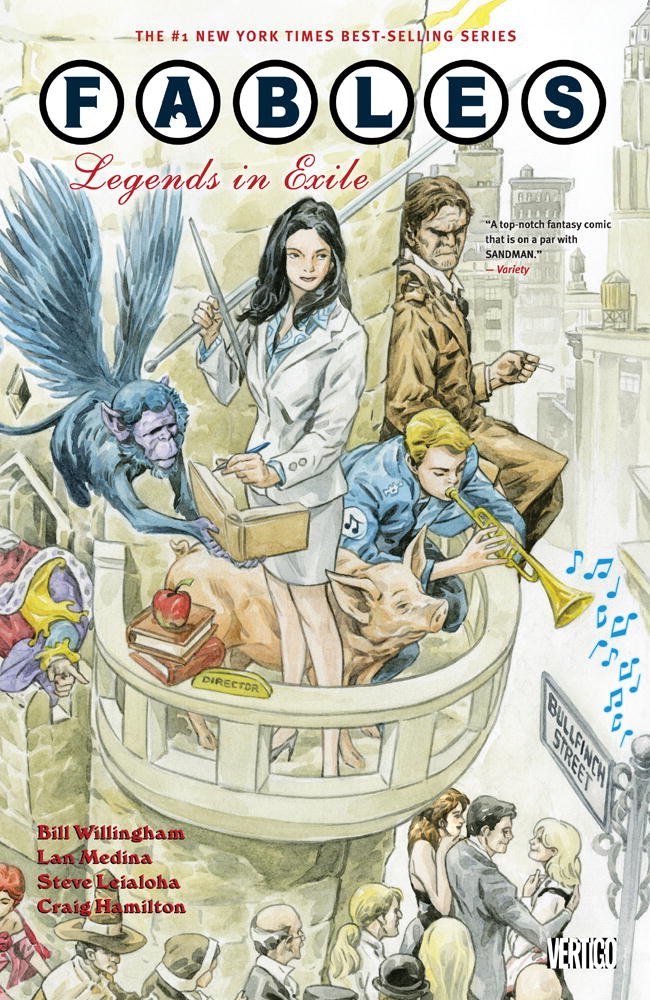 FABLES VOL. 1: LEGENDS IN EXILE (Vertigo/DC)
When a savage creature known only as the Adversary conquered the fabled lands of legends and fairy tales, all of the infamous inhabitants of folklore were forced into exile. Disguised among the normal citizens of modern-day New York, these magical characters created their own secret society-within an exclusive luxury apartment building on Manhattan’s Upper West Side-called Fabletown. But when Snow White’s party-girl sister, Rose Red, is apparently murdered, it is up to Bigby, Fabletown’s sheriff, and a reformed and pardoned Big Bad Wolf, to determine if the culprit is Bluebeard, Rose’s ex-lover and notorious wife killer, or Jack, her current live-in boyfriend and former beanstalk-climber. 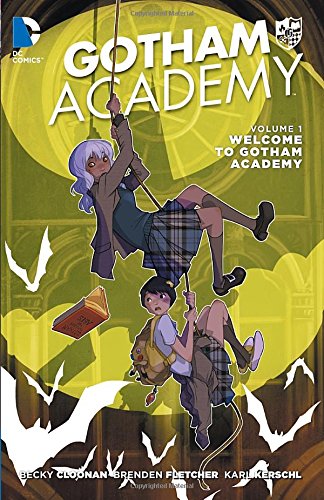 GOTHAM ACADEMY VOL. 1
Gotham City’s most prestigious prep school is a very strange place. It’s got a spooky campus, oddball teachers, and rich benefactors always dropping by…like that weirdo Bruce Wayne. But nothing is as strange as the students! Like, what’s up with Olive Silverlock? Is she crazy or what? Where did she go last summer? And what’s the deal with her creepy mom? And how come that freshman Maps is always following her around? And is she still going out with Kyle? P.S. Did you hear the rumor about the ghost in the North Hall?! It’s all here in these tales from issues #1-6 of the new series! 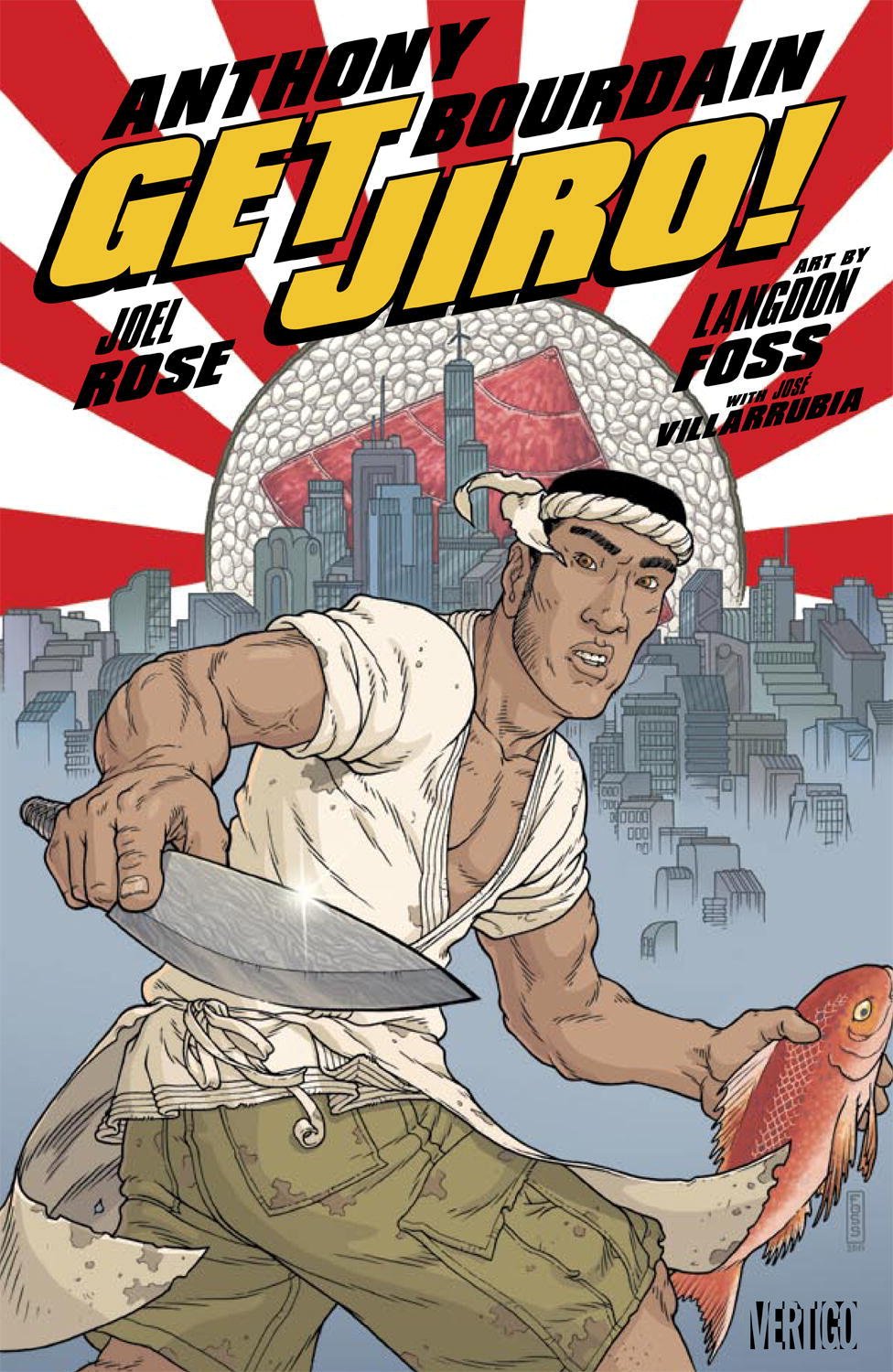 GET JIRO! (Vertigo/DC)
Don’t miss this original graphic novel from Anthony Bourdain, renowned chef, New York Times bestselling author (Kitchen Confidential, Medium Raw) and star of the Emmy-winning hit travel show No Reservations and the brand new series The Layover! Co-written with Joel Rose (LA PACIFICA, Kill Kill Faster Faster) this stylized send-up of food culture and society features spectacular detailed and dynamic art by Langdon Foss.In a not-too-distant future of food obsessed L.A., where master chefs rule the town like crime lords and people literally kill for a seat at the best restaurant, Jiro, a renegade and ruthless sushi chef arrives in town with strong ideas of his own. It’s a bloody culinary war of epic proportions, and in the end, no chef may be left alive! 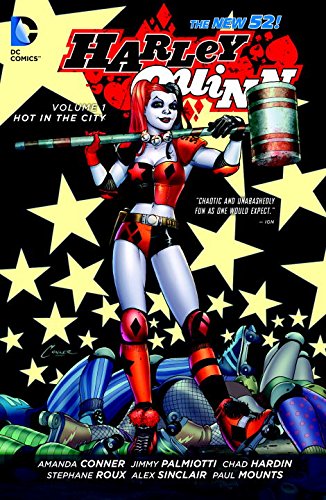 HARLEY QUINN VOL. 1: HOT IN THE CITY
The sensational series that gave Harley Quinn her own New 52 spotlight is collected in hardcover for the first time, from the star-studded #0 issue to issue #8! Don’t miss Harley’s big move to Coney Island as she becomes a roller derby queen – all while she carries on in her criminal career! 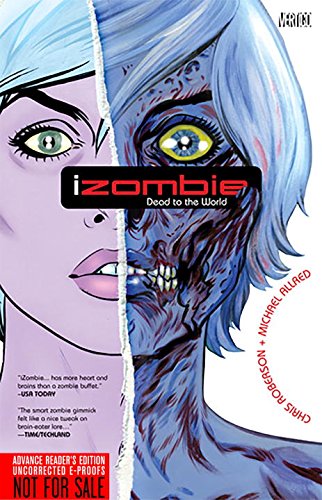 IZOMBIE VOL. 1: DEAD TO THE WORLD (Vertigo/DC)
Gwendolyn “Gwen” Dylan is a 20-something gravedigger in an eco-friendly cemetery. Once a month she must eat a human brain to keep from losing her own memories, but in the process she becomes consumed with the thoughts and personality of the dead person – until she eats her next brain. Gwen sets out to fulfill the dead person’s last request, solve a crime or right a wrong. Our zombie girl detective is joined by her best friend, Eleanor, who happens to be a swinging ’60s ghost, a posse of paintball-blasting vampires, a smitten were-dog and a hot but demented mummy. 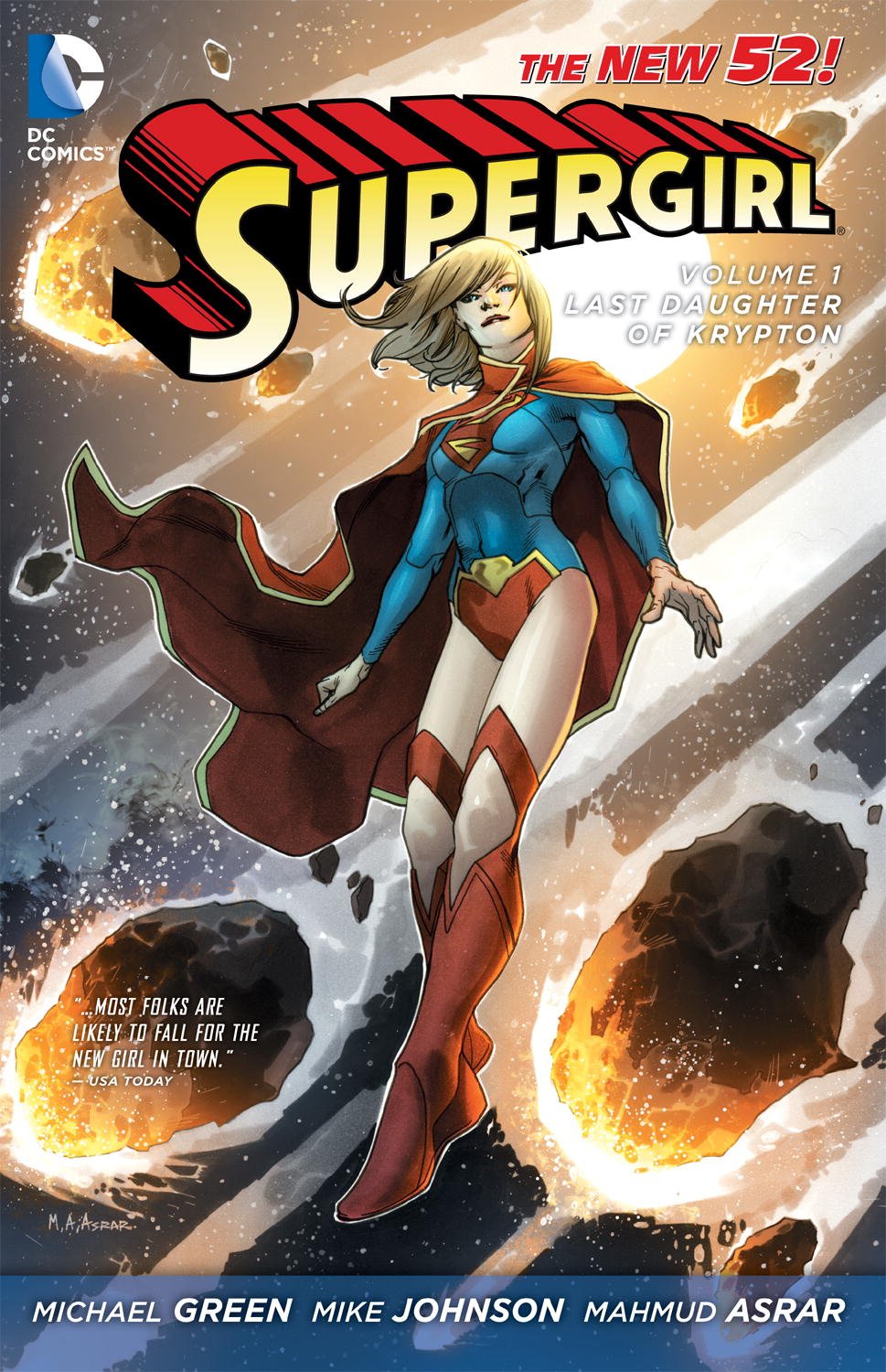 SUPERGIRL VOL. 1: THE GIRL OF STEEL
In these stories from SUPERGIRL #0-10 and 12, Kara Zor-El, Superman’s cousin from Krypton, adjusts to her life on Earth, crossing paths (and trading blows) with the JSA, the Teen Titans and the Outsiders along the way. But while she’s facing off against other heroes, her cousin’s nemesis Lex Luthor has uncovered a truth that could change the Girl of Steel forever!
Images and information courtesy of DC Entertainment.
batmandc bombshellsharley quinnizombiemother's daysupergirl
Share
0
FacebookTwitterPinterestEmail