In the wake of Batman v Superman: Dawn of Justice’s release and with DC’s Rebirth initiative launching this summer, many collectors are no doubt scrambling to find more collectibles bearing the likenesses of the publisher’s iconic Trinity. Thanks to Icon Heroes, you have a few more options.

This September, you can pick up classic looking statue paperweights of Superman and Wonder Woman, as well as one of Batman resembling his New 52 design. The first image of said items can be found below, along with the official descriptions. 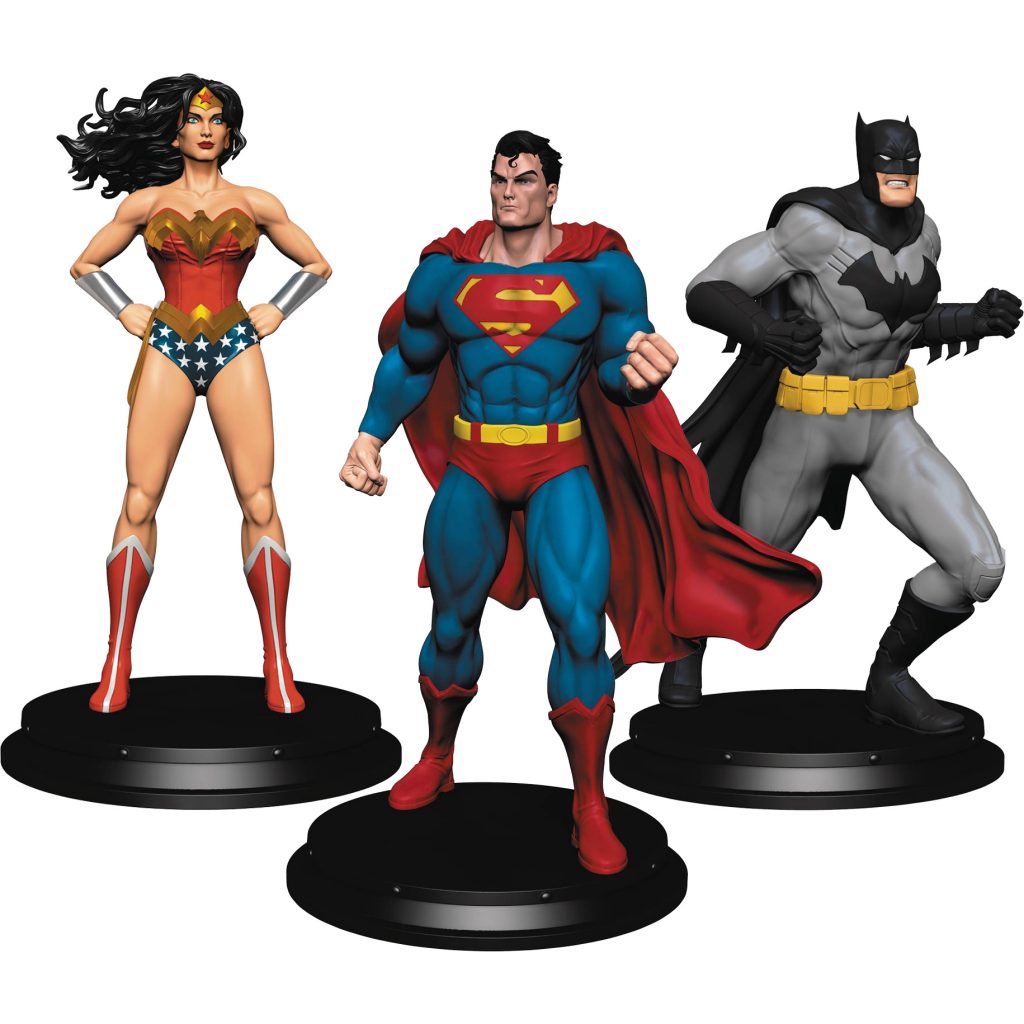 DC HEROES SUPERMAN PX STATUE PAPERWEIGHT
The Man of Steel. The Last Son of Krypton. The Man of Tomorrow. Superman has been known as many things… and now he’s ready to be the defender of your desktop! Standing approximately 8″ tall, cast in high quality resin and expertly painted, Superman is presented in his classic, iconic attire!  SRP $50
DC HEROES BATMAN PX STATUE PAPERWEIGHT
Does your desk need a dose of order? No paperwork will escape your desk with the new Batman statue paperweight! Standing approximately 8″ tall, cast in high quality resin and expertly painted, the Dark Knight stands ready to defend your desk against all who would challenge his authority!  SRP $50
DC HEROES WONDER WOMAN PX STATUE PAPERWEIGHT
Sometimes, the best man for the job is a woman… Wonder Woman, to be precise! Sent from the Amazonian Isle of Themyscira, Wonder Woman stands as an unbreakable icon of female power… power she will utilize to defend your desk from the forces of chaos! Standing slightly under 8″tall, cast in high quality resin and expertly painted, Wonder Woman is presented in her most iconic attire, ready to take her place amongst DC’s Trinity!  SRP $50
Visit IconHeroes.com to keep up with their latest products.
batmanicon heroessupermantrinityWonder Woman
Share
0
FacebookTwitterPinterestEmail