Frank Miller Opens Up About ‘The Dark Knight Returns’ and Hollywood 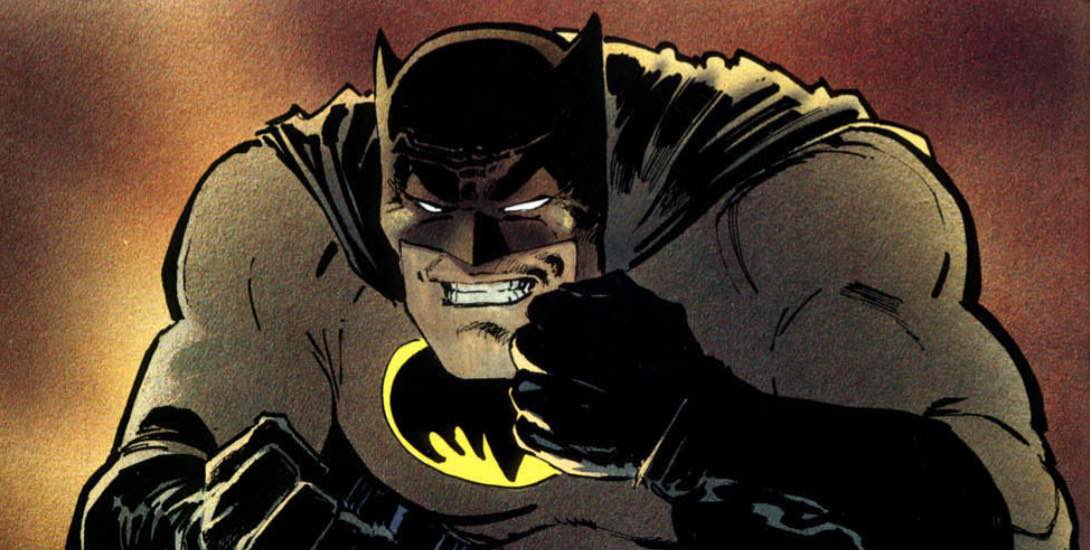 The Hollywood Reporter snagged a rare interview with legendary comic book creator Frank Miller in anticipation for the release of Batman v Superman: Dawn of Justice.

Miller’s seminal comic series The Dark Knight Returns is one of those books that is bandied about as a must-read for Batman fans. And why shouldn’t it? Its gritty, subversive take on Batman helped elevate comics into serious, mainstream prominence, its influence on Batman comics can still be felt today, and it paved the way for Tim Burton’s 1989 Batman to become a major blockbuster hit. In other words, Miller’s presence can be felt in all things Batman nowadays, including how Batman v Superman director Zack Snyder approached Batman’s characterization.

Miller discussed how being mugged multiple times in New York provided the seeds that eventually turned into The Dark Knight Returns.

“There’s something demeaning about the first time you’re knocked to the ground and punched in the stomach and have a gun waved in your face and realize that you’re completely at somebody’s mercy. And they can take your life. And at that point, you’ll do anything. There’s something so humiliating about that. And to me that made me realize that Batman was the most potent symbol DC had in its hands. Sure, Superman can fly, but Batman turns me back into that guy who is scared and at the same time the guy who can come and save him. It’s a perfect myth.”

Miller continued on what is it that makes Batman such a mythic figure. According to Miller, it is Batman’s unwavering ability to keep the order in an ever-increasingly complicated and crazy world.

“[Batman’s] interesting because he straightens the world out. And he brings order to a very chaotic world. Especially when you’re a child. You need somebody, even if it’s a fictional character, to tell you that the world makes sense and that the good guys can win. That’s what these heroes are for.”

Another interesting idea that is brought up is how The Dark Knight Returns Batman can be interpreted as a fascist. Various scenes from the storyline shows Batman trampling over criminals’ personal rights.

Miller likes to think that Batman is more of a libertarian who takes the law into his own hands, something that is also depicted in The Dark Knight Returns when Batman instilled martial law on Gotham.

“Anybody who thinks Batman was fascist should study their politics. The Dark Knight, if anything, would be a libertarian. The fascists tell people how to live. Batman just tells criminals to stop.”

Perhaps the most intriguing part of the interview was Miller revealing the reasons why Darren Aronofsky’s Batman: Year One movie was never made.

“It was the first time I worked on a Batman project with somebody whose vision of Batman was darker than mine. My Batman was too nice for him. We would argue about it, and I’d say, ‘Batman wouldn’t do that, he wouldn’t torture anybody,’ and so on. We hashed out a screenplay, and we were wonderfully compensated, but then Warner Bros. read it and said, ‘We don’t want to make this movie.’ The executive wanted to do a Batman he could take his kids to. And this wasn’t that. It didn’t have the toys in it. The Batmobile was just a tricked-out car. And Batman turned his back on his fortune to live a street life so he could know what people were going through. He built his own Batcave in an abandoned part of the subway. And he created Batman out of whole cloth to fight crime and a corrupt police force.”

Just to recap, according to Miller, his Batman was considered too nice compared to Aronofsky’s version. Somehow, the Batman who put a Batarang in the Joker’s eye is too nice. However, it is amusing to hear that Aronofsky’s Batman movie was not considered kid-friendly, especially since Christopher Nolan’s The Dark Knight is very adult-oriented.

The rest of Miller’s interview is an interesting read. He goes on to also discuss his opinions on Netflix’s Daredevil, Elektra’s upcoming appearance in the show, Donald Trump, and Miller’s only solo film The Spirit. Do yourself a favor and give it a read.