Last week, we revealed photos for a figure from video game developer, Square Enix’s highly stylized line of toys known as Play Arts Kai. We got a look at the figure for Batman from the upcoming historic superhero movie, Batman v Superman: Dawn of Justice. We all knew it would not stop there.

A couple photos surfaced online featuring our first look at the Play Arts Kai Armored Batman and Wonder Woman. I don’t believe these were official reveals from Square Enix as the photos simply give you one look at each figure, with no display of articulation or accessories. 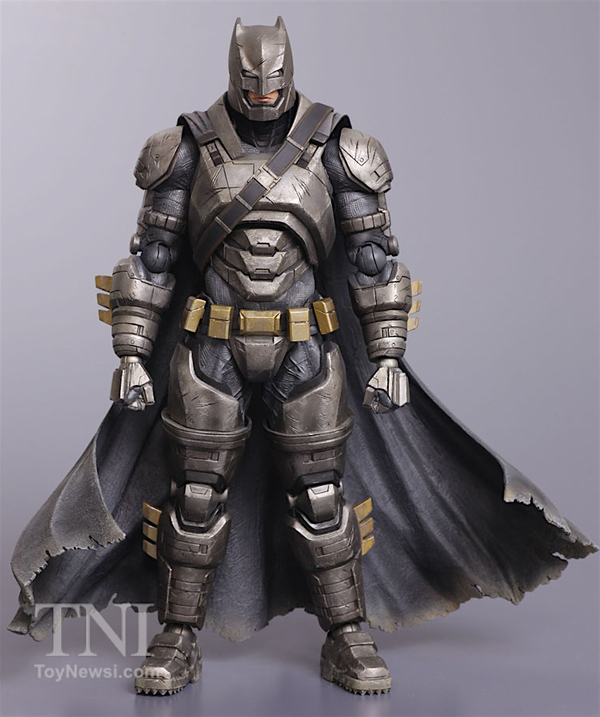 This anime style lends very well for characters with capes. They exaggerate the cape or any flowing garment and always make them look very badass. The figure for Wonder Woman is pretty stunning as she looks very similar to Gal Gadot.

Are these worth grabbing? Let me know.