Finally, the main villain of the feature will be the demon Trigon voiced by Jon Bernthal from The Walking Dead and soon-to-be-the-Punisher from Marvel’s Daredevil.

The film finds Robin being sent to the Teen Titans after his waywardness during a Justice League mission causes the team to fumble. However, the Titans have trouble of their own when Trigon comes to take over the Earth by possessing the Justice League.

The animated feature is directed by Sam Liu and written by Bryan Q. Miller and Alan Burnett. Character designs are done by Phil Bourassa with James Tucker and Sam Register as the supervising and executive producers.

No trailer as of yet, but look for a preview of Justice League vs. Teen Titans on the Blu-Ray and DVD features of Batman: Bad Blood, coming out on February 2, 2016. 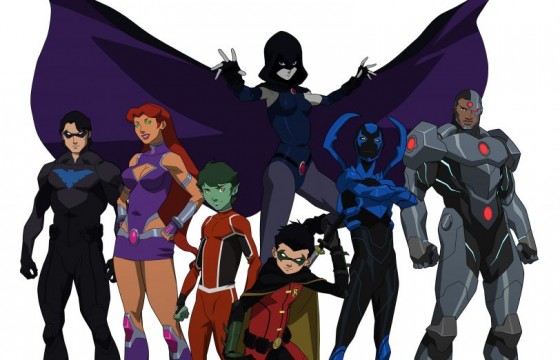