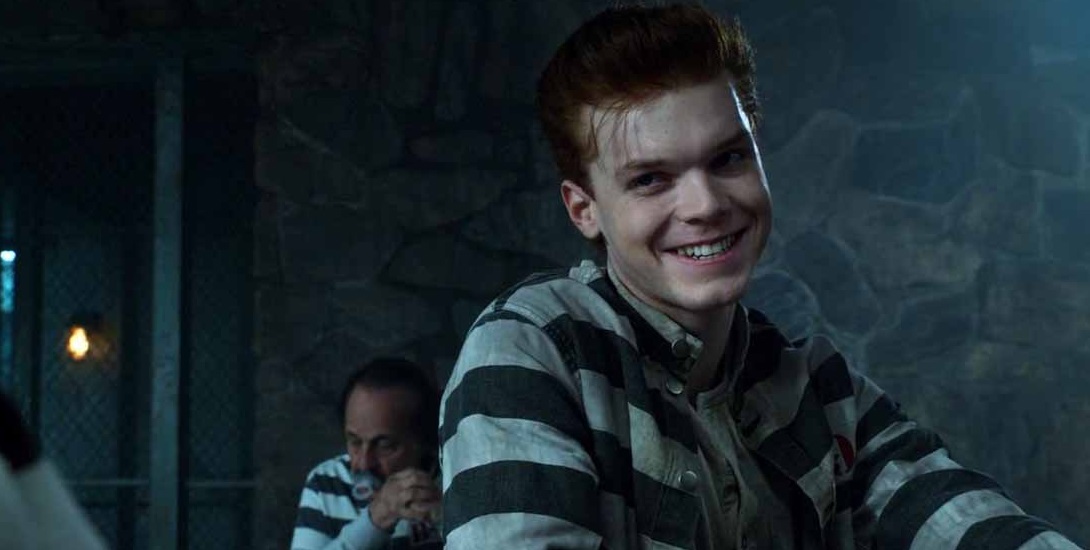 I think it’s safe to assume that many DKN readers will agree with me when I say that Cameron Monaghan stole the show in the early episodes of this season of Gotham. His performance as Jerome, the proto-Joker, was nothing short of incredible.

So when Theo Galavan fatally stabbed him in the neck, there was an uproar in the online community when everyone came to the realization that he is not actually the man who will go on to become the Joker. It’s taking every ounce of my being to not go on a rant as to why the Joker being a Jerome copycat is a bad idea.

Anyway, a panel moderator at Wizard World New Orleans asked Ben McKenize (Gotham’s Jim Gordon) if Jerome could come back from the dead. McKenzie responded with the following:

“Not only can we but we might. I can’t say definitively but yes. I’ll put it this way: almost nobody that you’ve seen go away is dead. They are all able to come back.”

We can only hope that something such as the mysterious Indian Hill will bring Jerome back from the dead or already has. His death is really my only gripe with what has been a breakout season.

To hear more about Jerome, as well as Erin Richards dodging rumors about her character possibly becoming Harley Quinn, check out the video below.

Gotham returns with new episodes on Monday, February 29 on Fox.