With the lifetime of Rocksteady’s Batman: Arkham Knight slowly coming to an end with the release of “Season of Infamy,” I suppose it’s time to do some reflection on a pretty awesome game.

Conceptual artist Jonathan Kirtz was hired in the early stages of the development of Arkham Knight to redesign the Batmobile. Rocksteady and WB already had a very specific vision in mind for their Batmobile, but it needed, as Kirtz put it, a “cosmetic job.” Kirtz provides a very in-depth look at the evolution of the Arkhamverse version of this famous transport. In the images, you can see Rocksteady’s original design, the various changes made to it, and some feedback from Rocksteady. 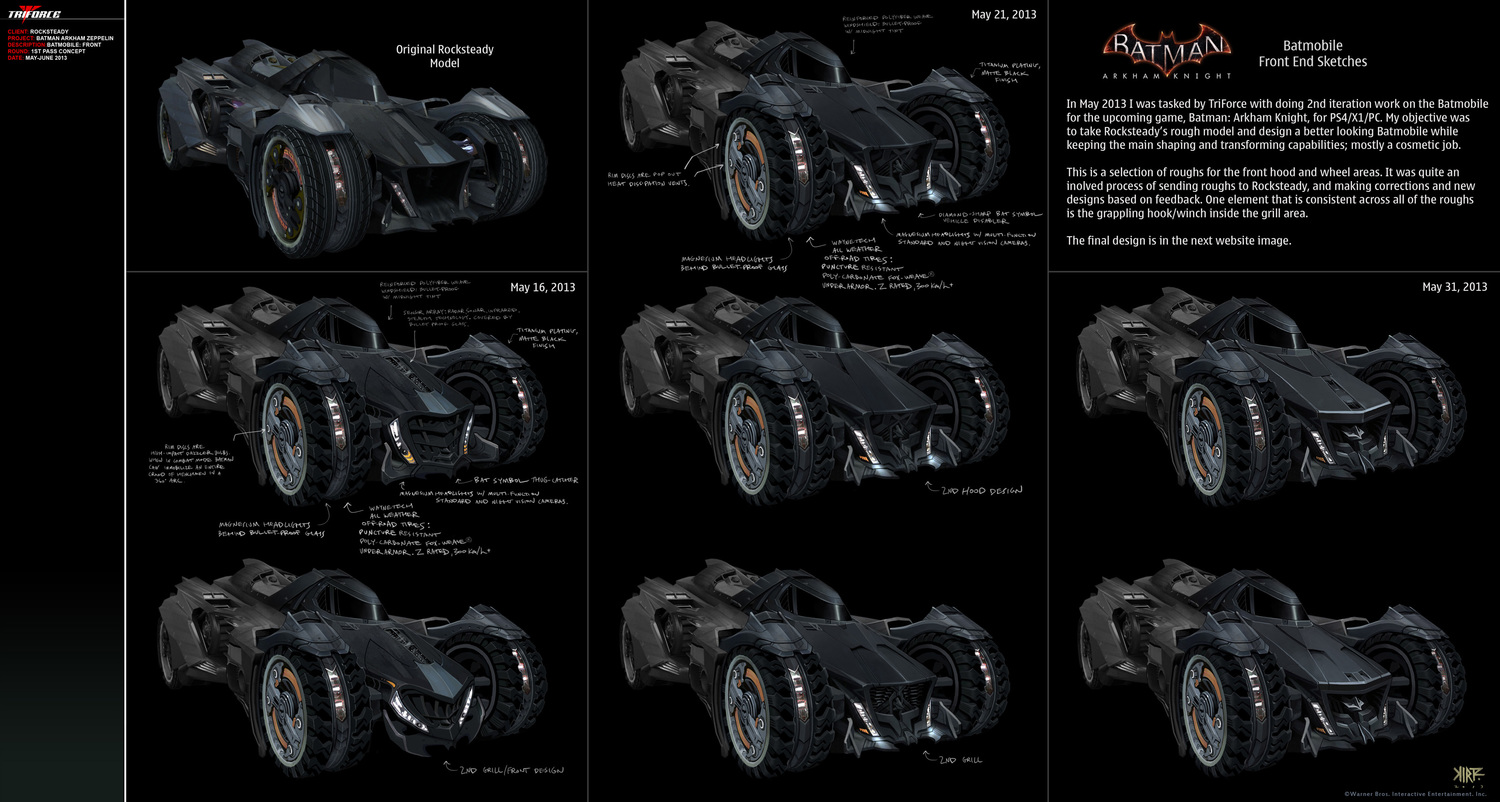 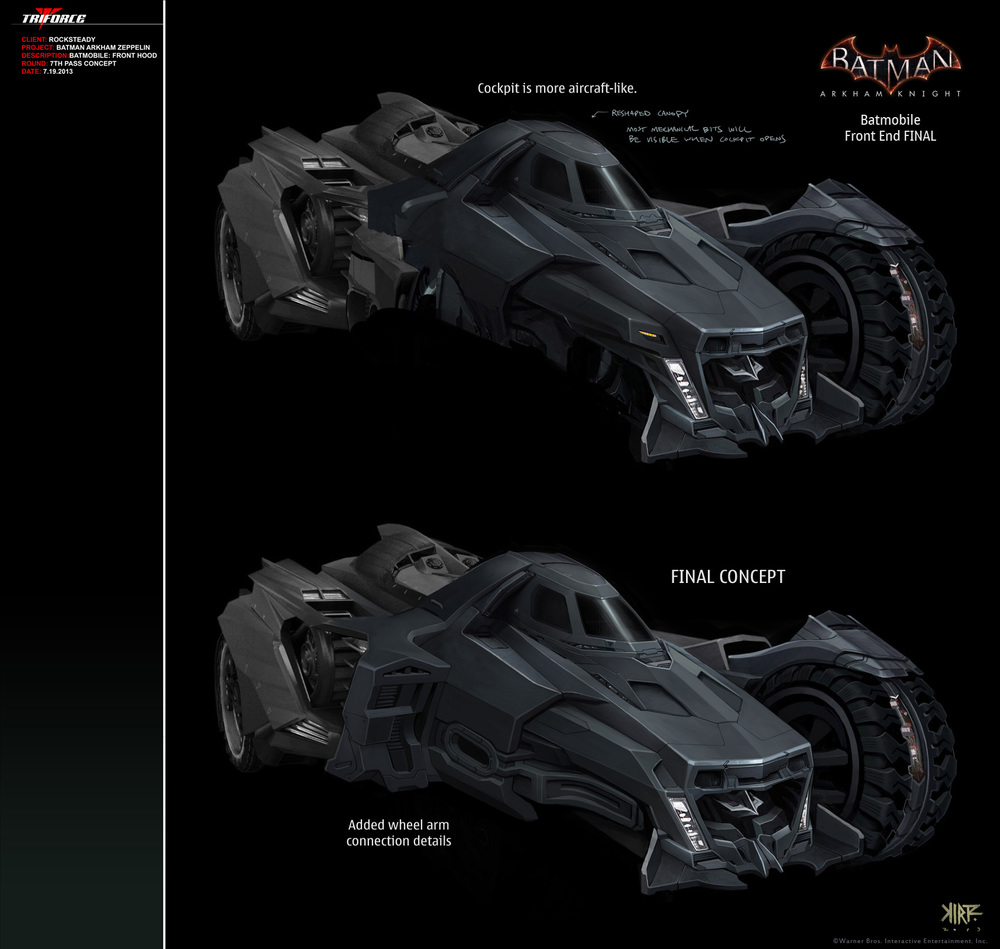 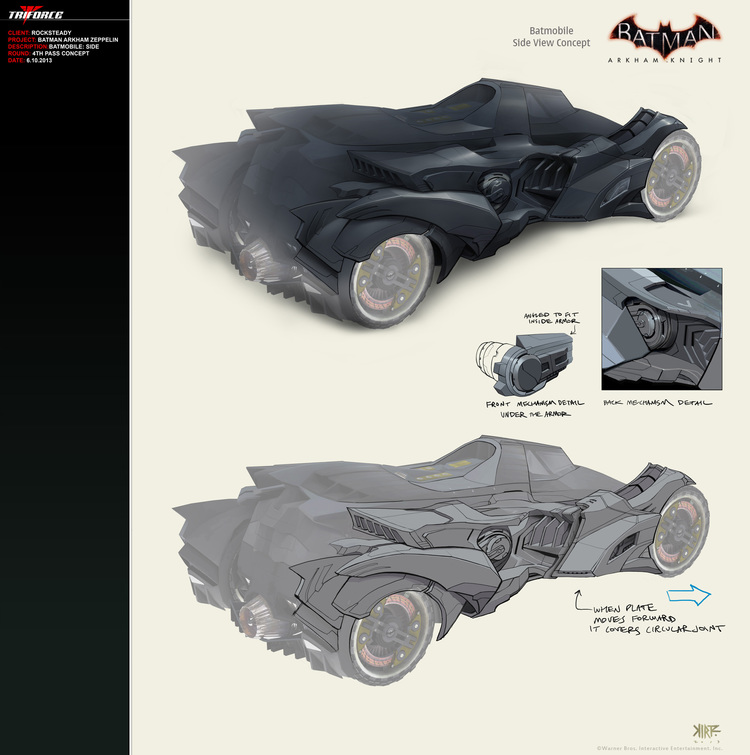 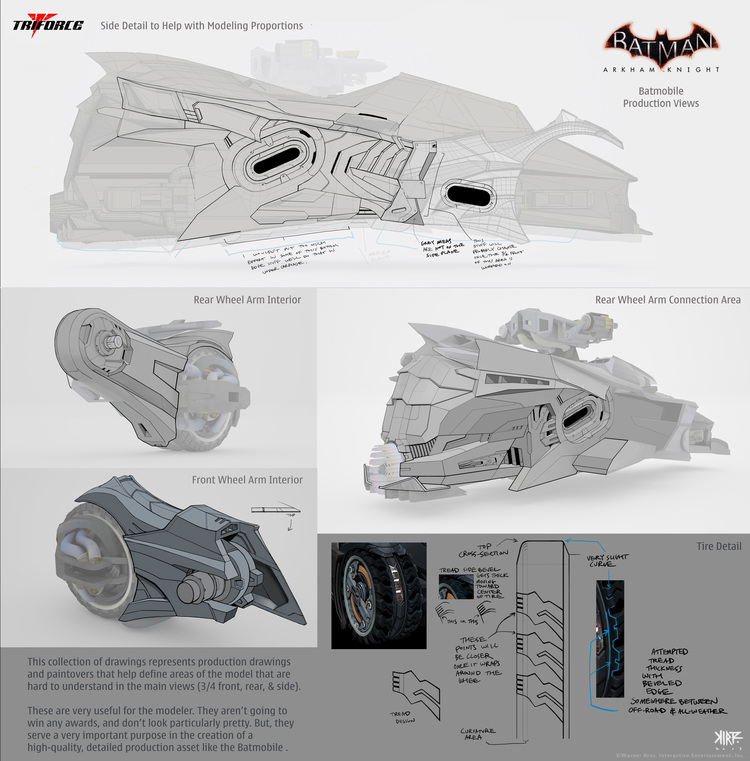 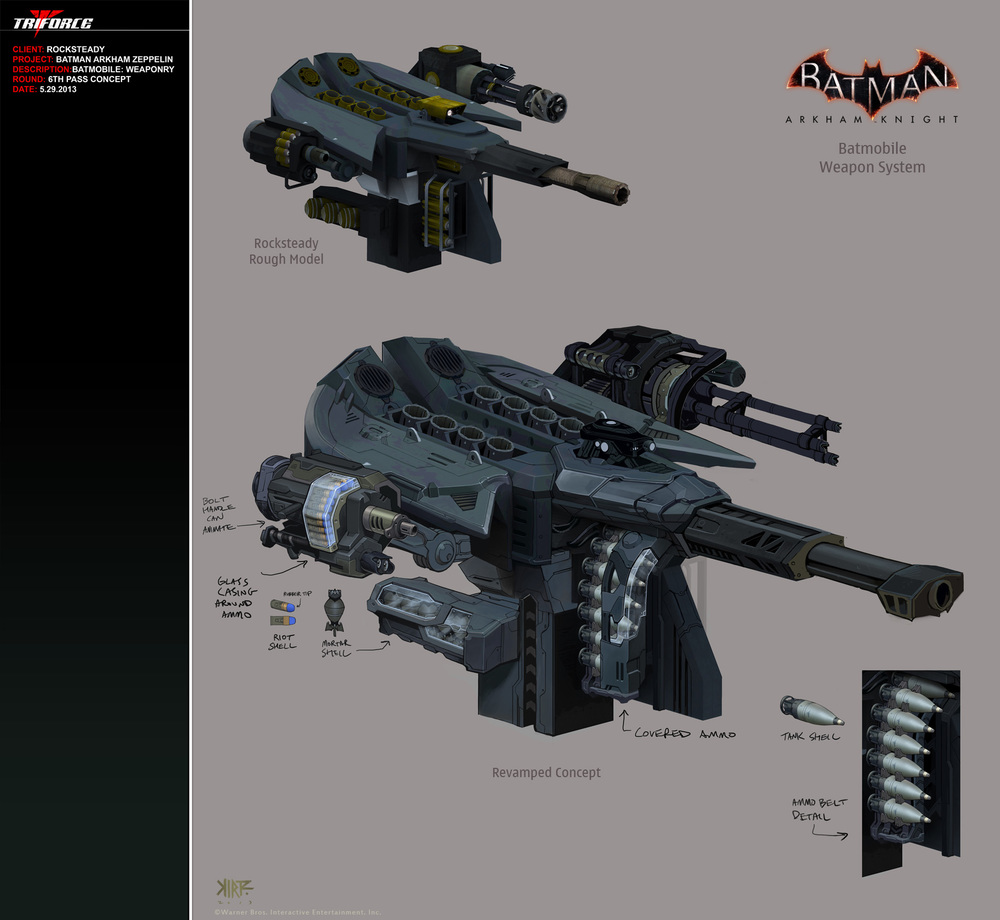 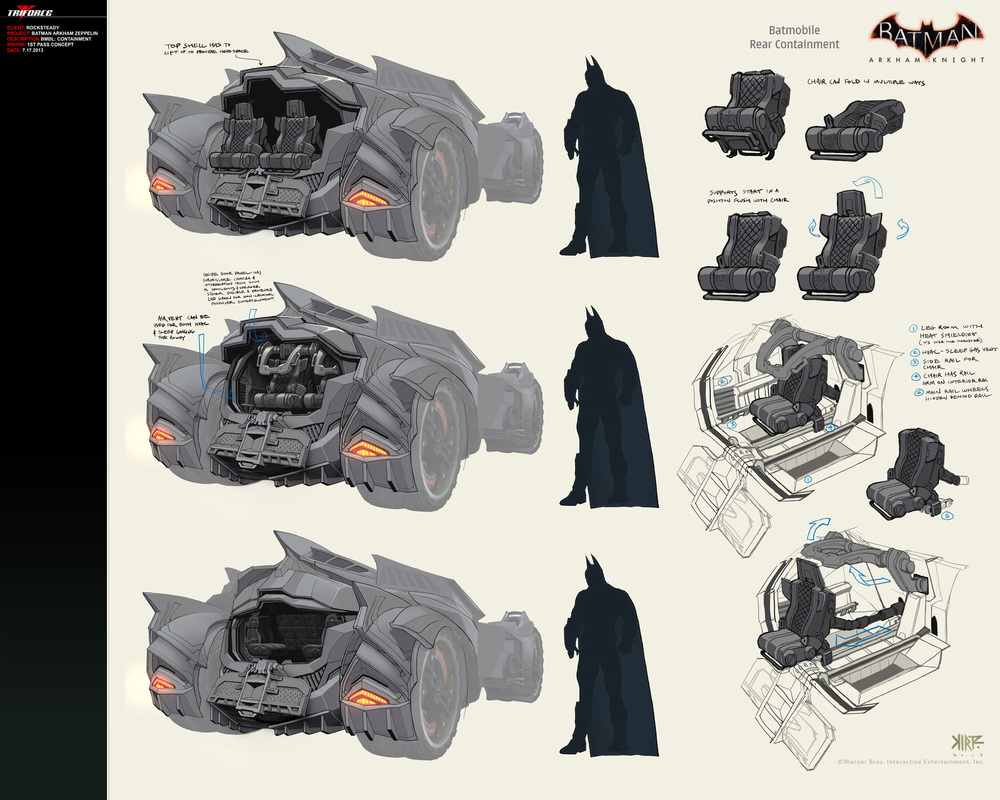 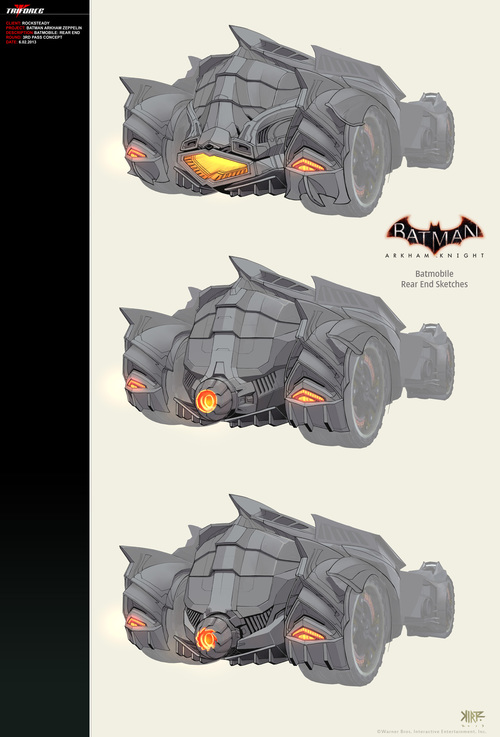 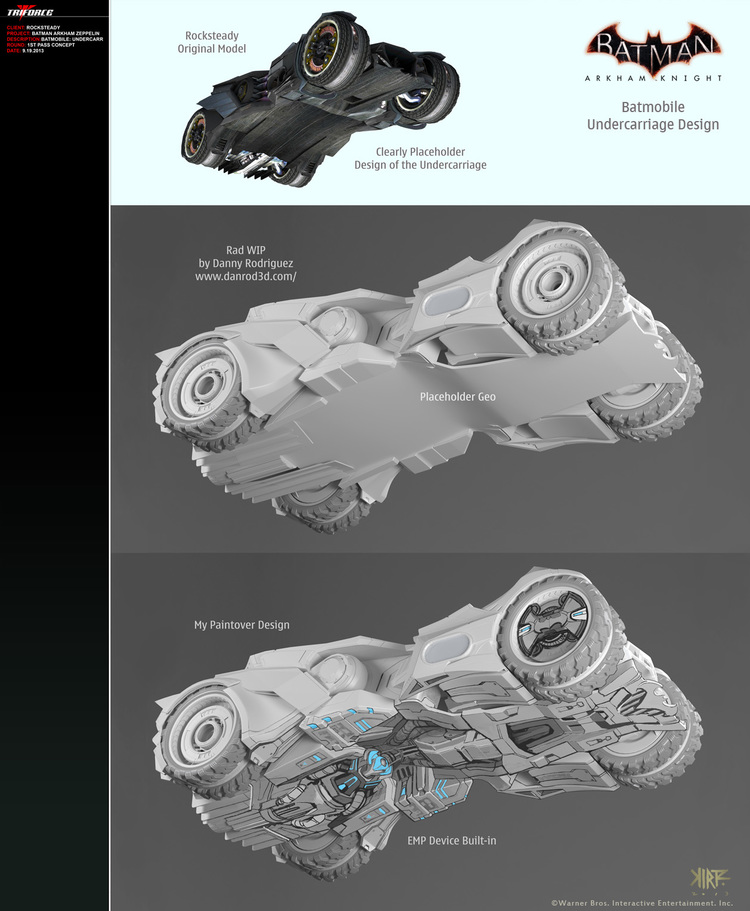 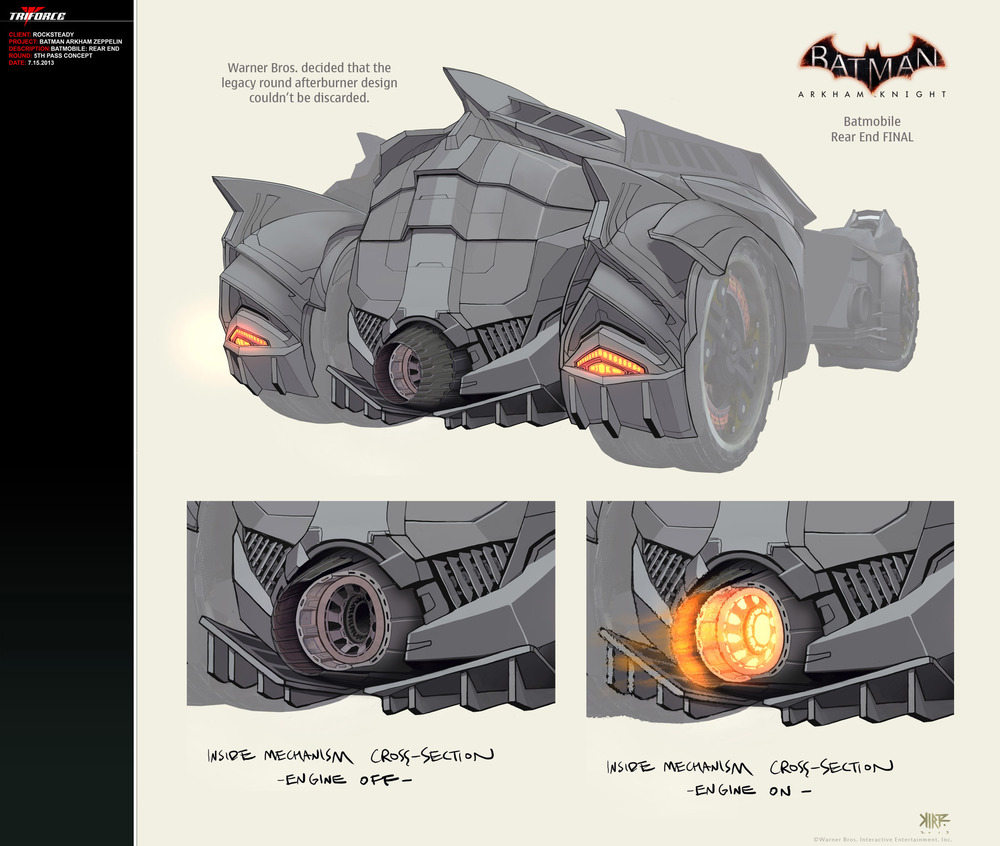 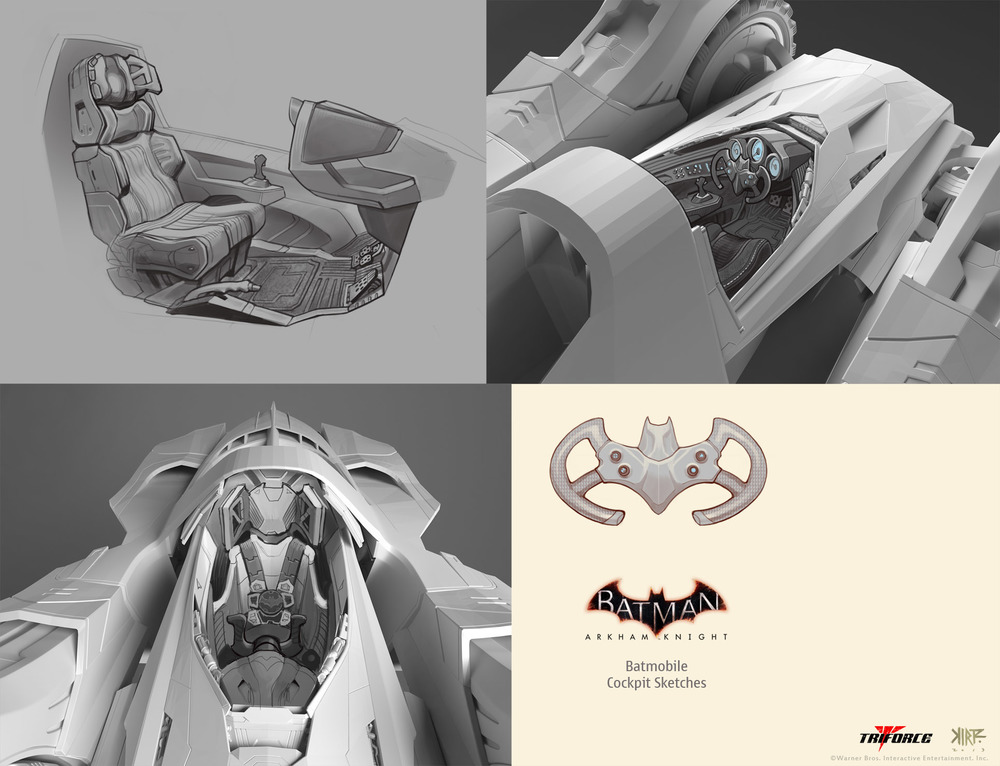 On top of that, it looks like he was also hired to put some touches on Red Hood’s gear. Again, another incredibly fascinating look into something that they clearly put a lot of work into, but was never explored in anything. The Ultimate Visual Guide for the Arkham Universe would have been a great place for this sort of stuff, but spoilers were a very important thing of which to be conscious at the time. 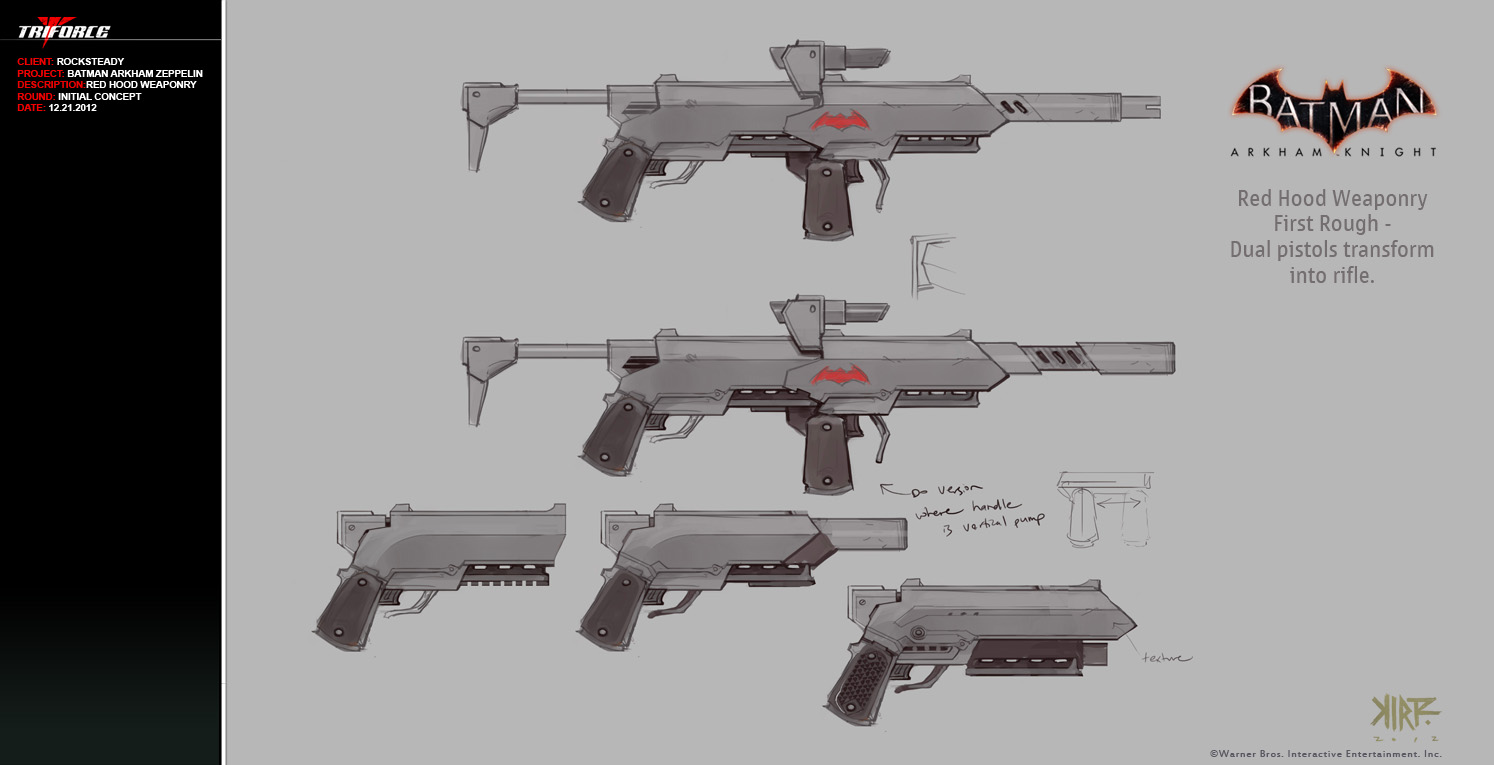 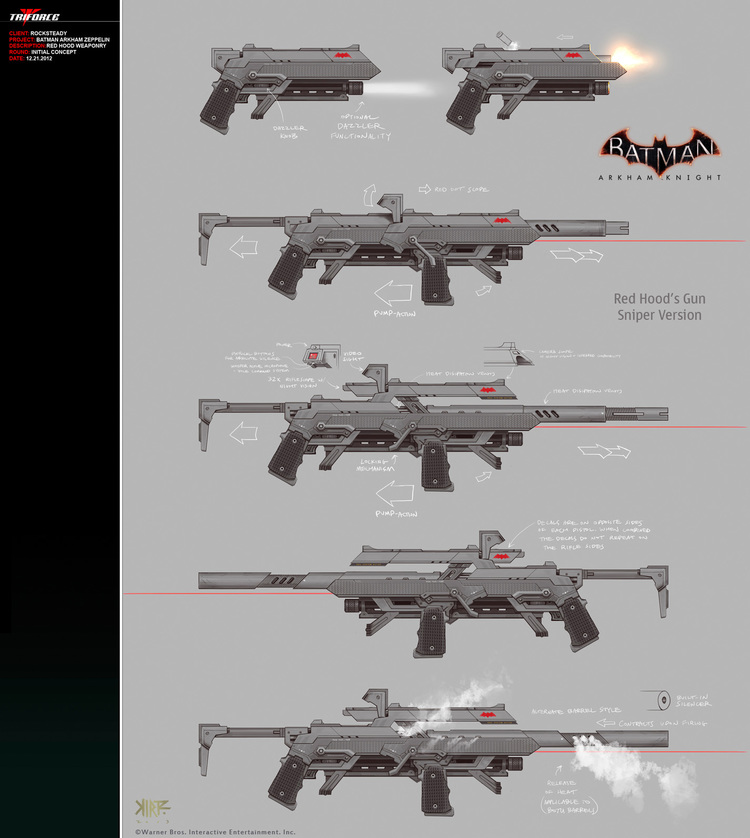 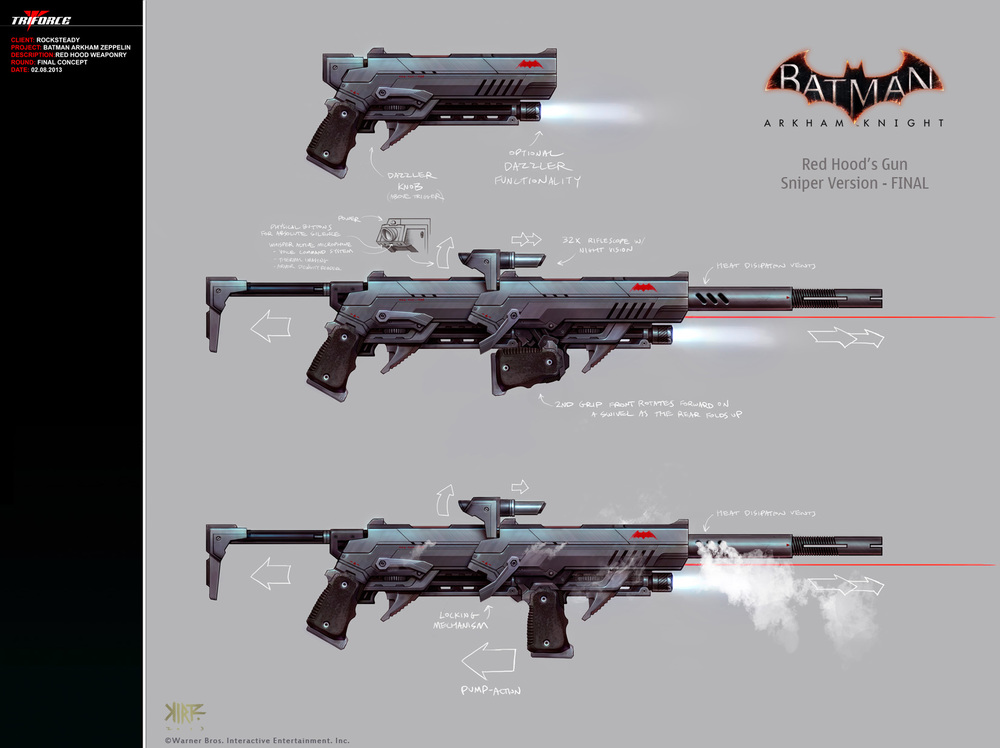 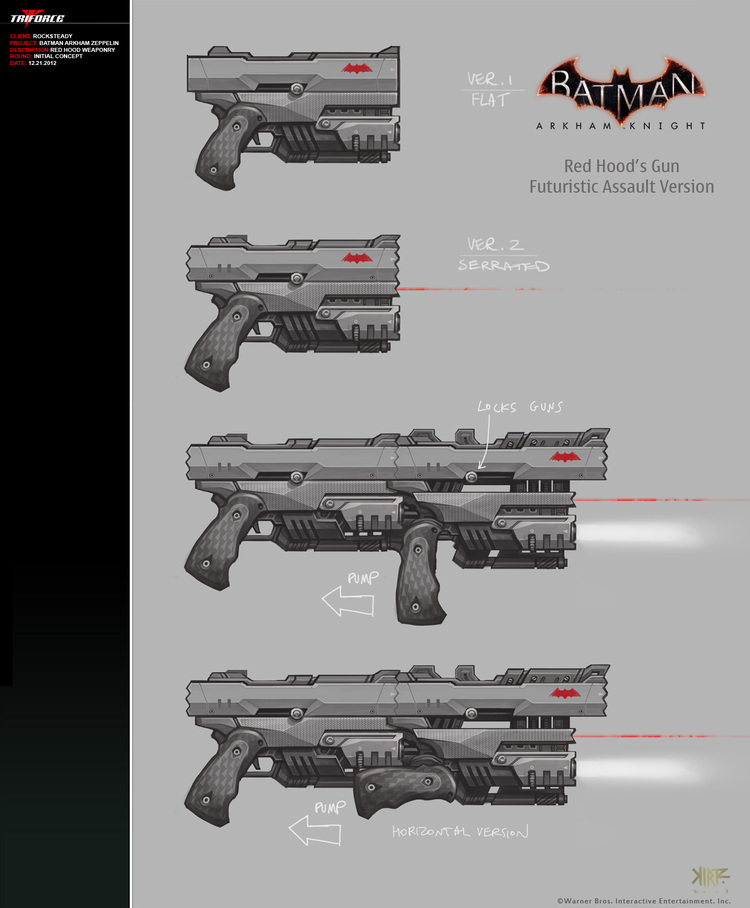 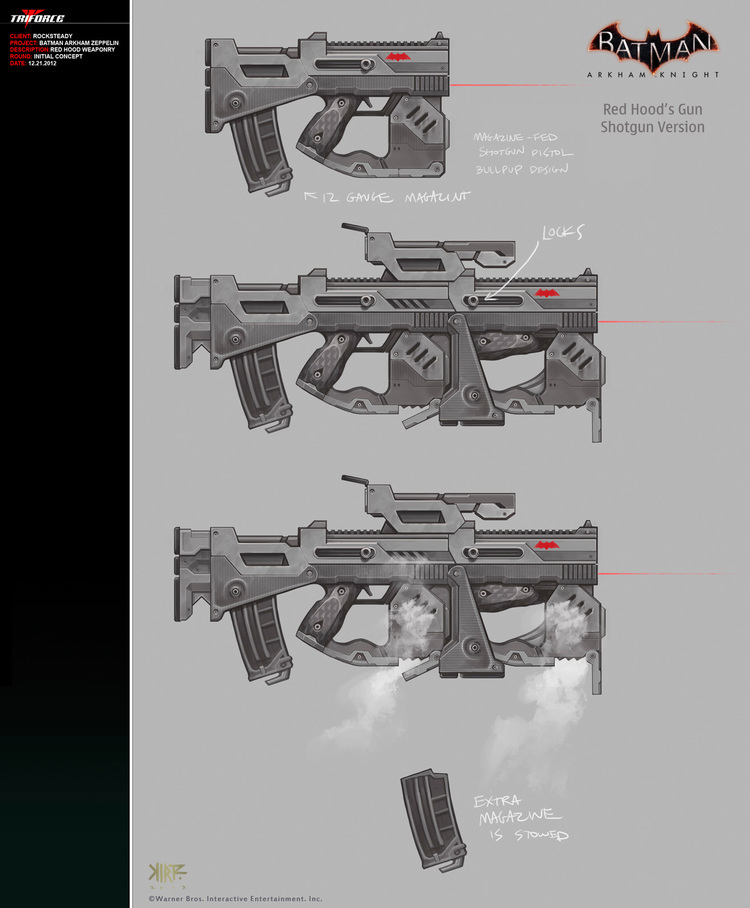 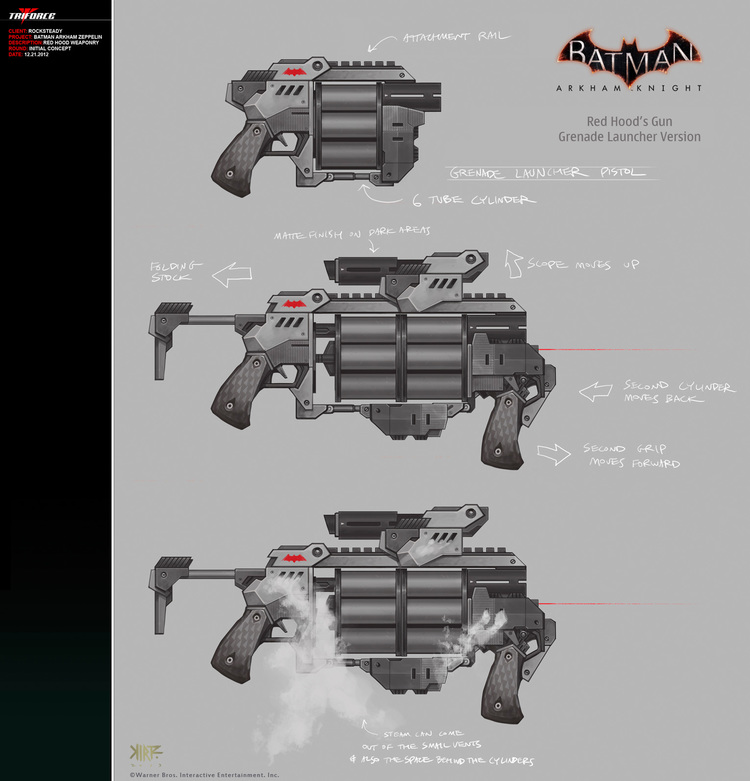 Cool, huh? I wonder what the future will hold for Bats in video games. Aside from the recent Telltale game recently announced.