In an impressive bit of promotion for the upcoming Batman v Superman: Dawn of Justice, Wired has released a full, fictitious interview with Lex Luthor. There are numerous teases and references within the interview to the larger DC Universe and characters we may or may not be seeing in Justice League, as well as Suicide Squad and the comics in general.

The first thing I couldn’t help but notice is that, almost right off the bat, the interviewer asks Lex if he would ever consider running for office, which has to be a reference to Luthor’s stint as President of the United States in the 1990s. 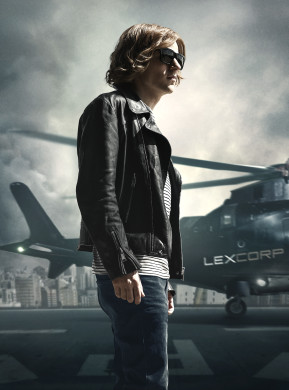 Most of it seems focused on establishing Luthor’s character, what his views are, showing that while he may be very different than what people expected, his motivations are exactly the same as the classic Lex we know from the comics. While going off on the fact that Superman is an alien and shouldn’t be seen as, essentially, either “super” or “man,” the interviewer notes that–for human beings–all men are created equal. To which Luthor quips “Well, that’s just ridiculous.”

The big reveals, though, come in this infographic comparing Lexcorp’s success with the success of other rival companies: 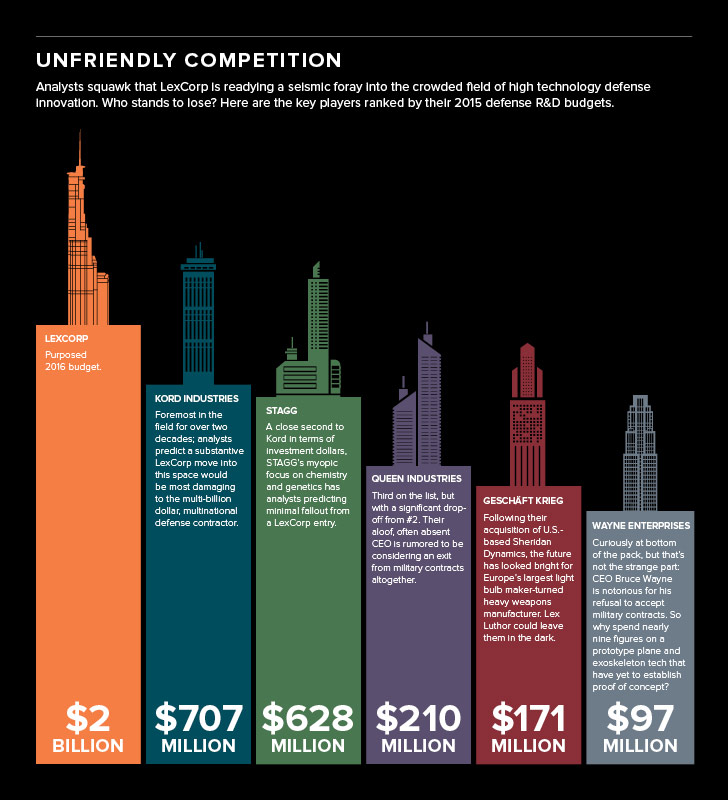 As we can see, there are a lot of big names dropped. Kord Industries is the company of Ted Kord, the Blue Beetle, another iconic Justice League member. Right beside him on the list is Stagg Industries, another DC Universe corporation owned by Simon Stagg. Both that company and that character have appeared on Arrow and The Flash. Speaking of, next to Stagg we have Queen Industries, home to the Green Arrow himself. The only real head-scratcher is Geschaft-Krieg, which I can only assume will play a role in the film itself.

It’s pure speculation whether or not any of these companies will even appear in the upcoming slate of DC movies at all. I’d be shocked to see either Blue Beetle or (especially) Green Arrow in the first round of Justice League, but maybe they’re being saved for later on down the line.

At the end of the list, we have Wayne Enterprises. Which is probably the largest indicator as to how things will go in the actual movie itself. It doesn’t look like the company is necessarily struggling, but it’s not on top anymore, either. This will probably be tied to Bruce Wayne’s character arc in the film itself, or at the very least referenced a few times, most probably by Lex himself.